A BEER GLASS FOR THE ENGLISH MARKET 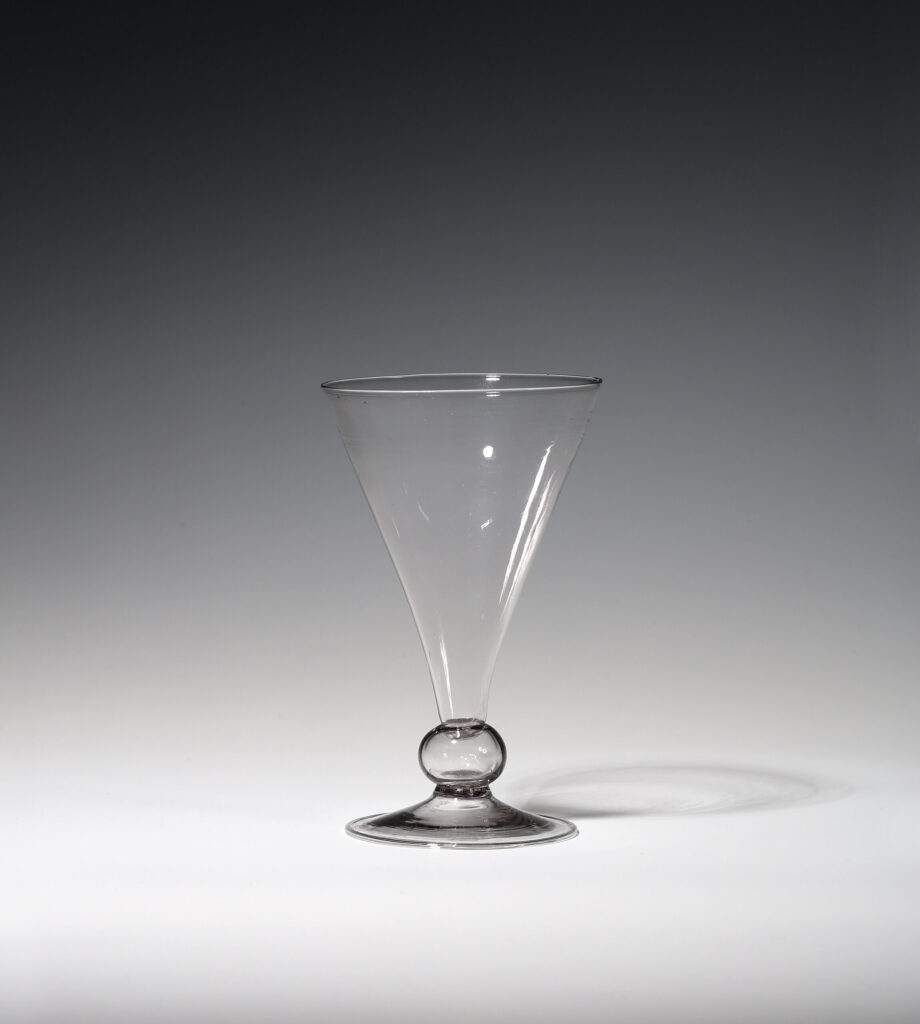 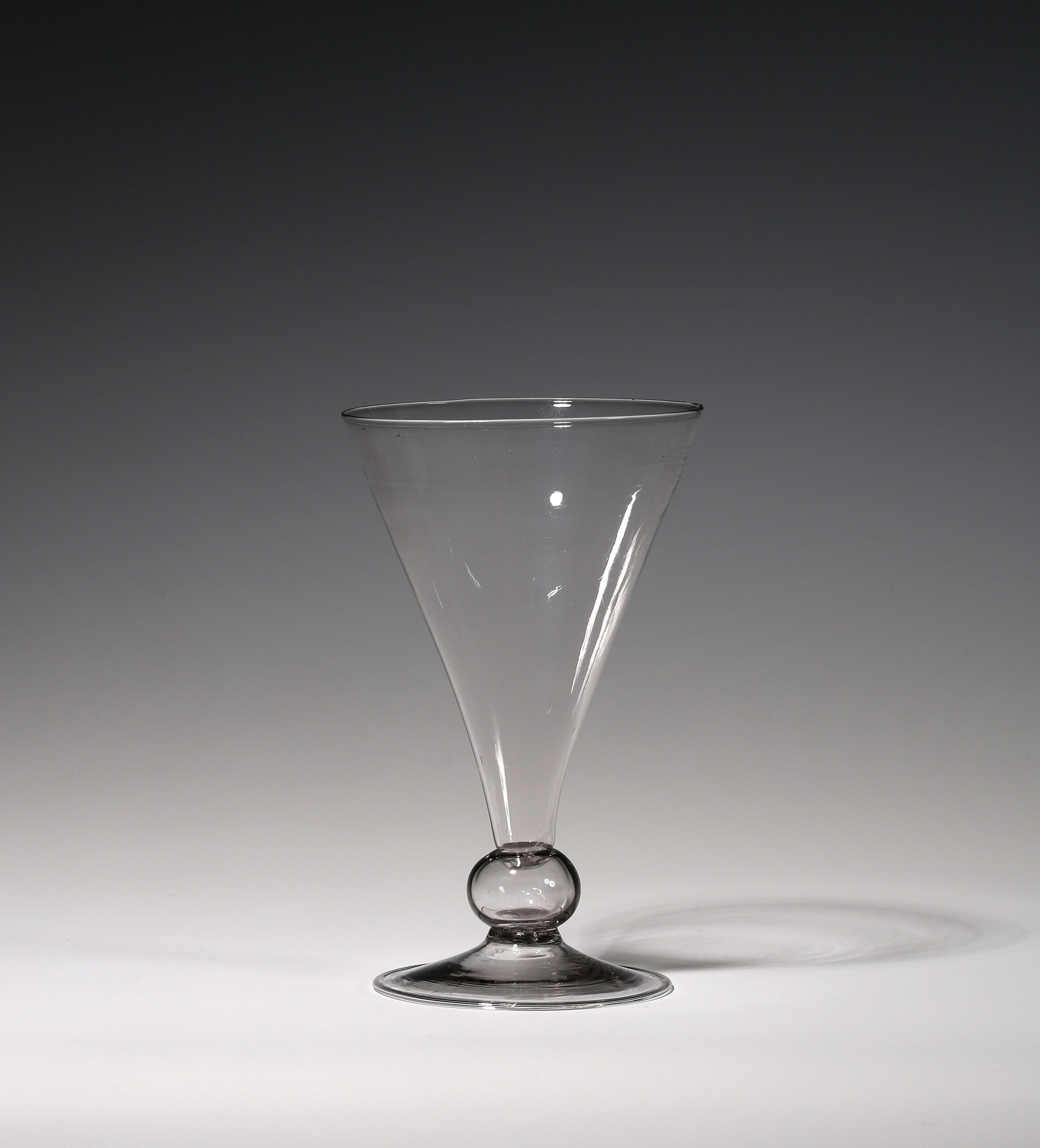 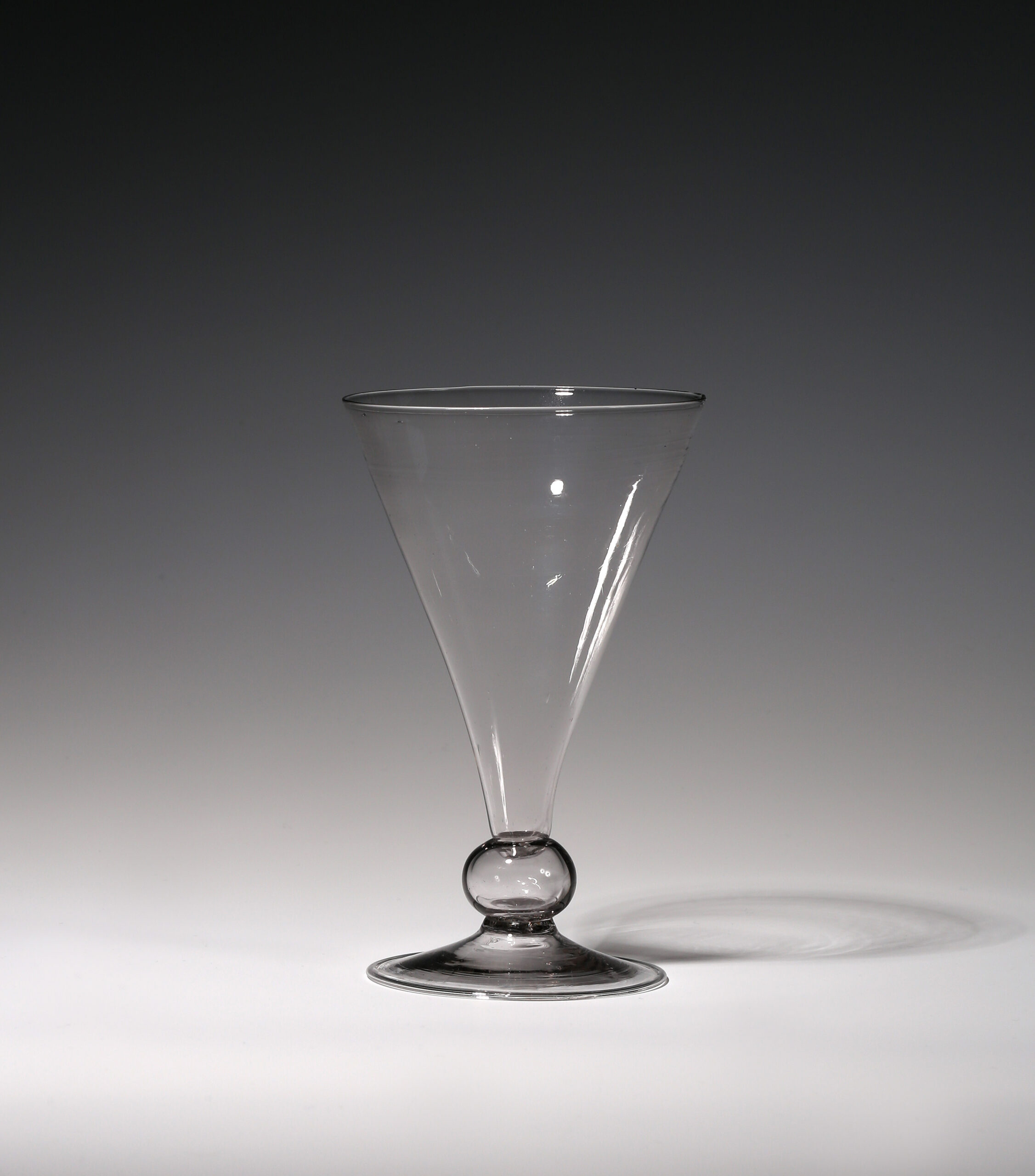 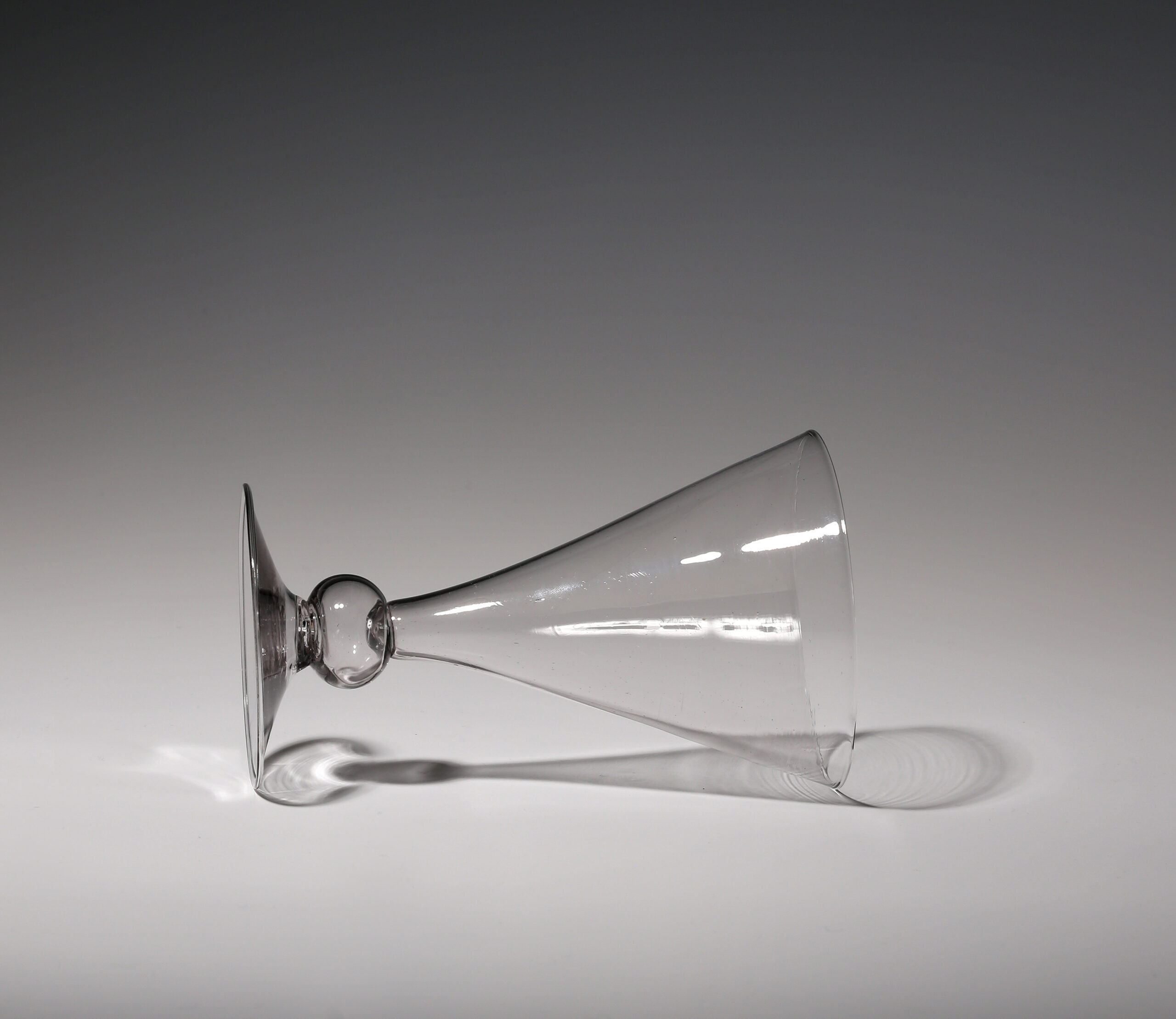 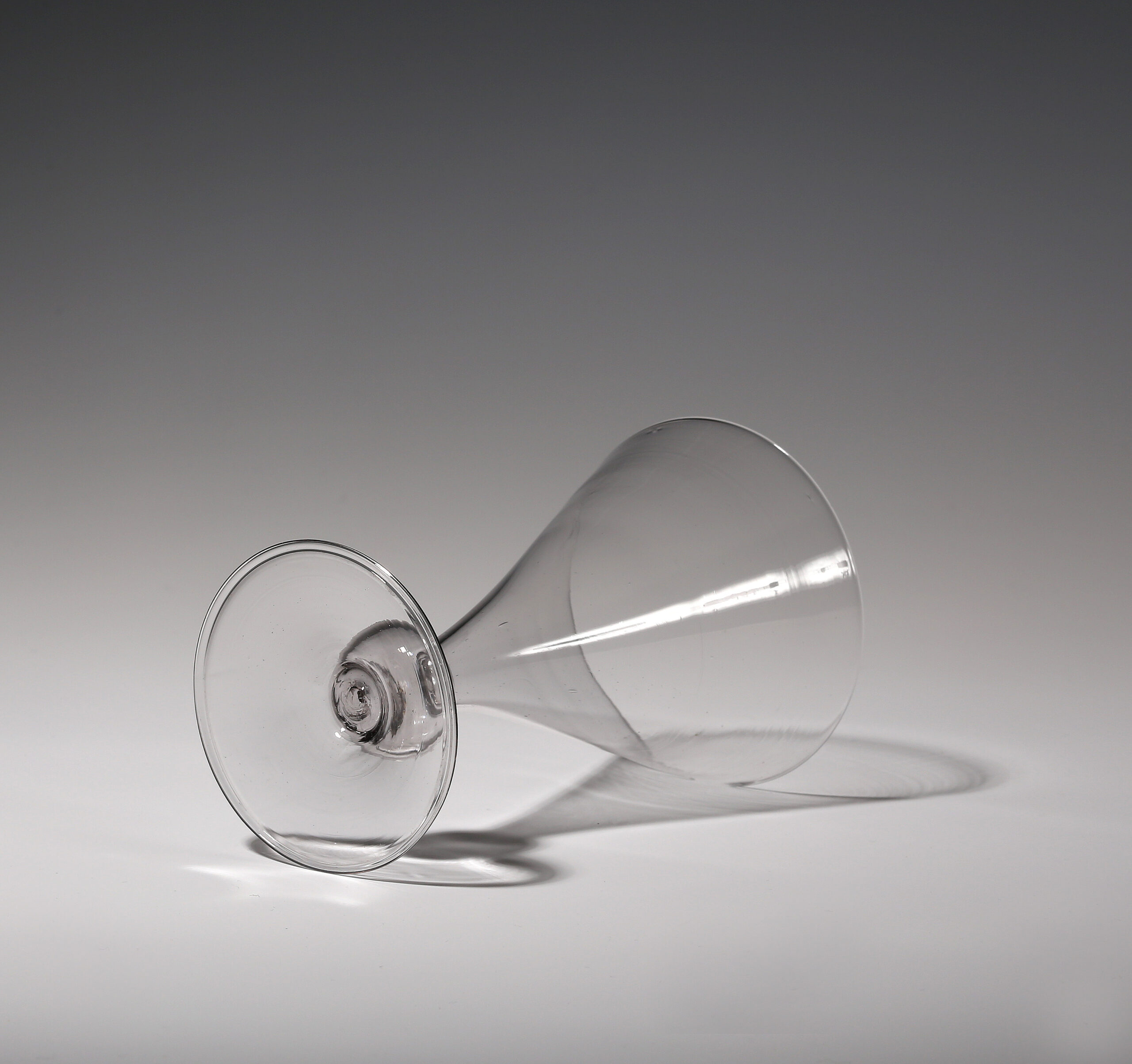 A BEER GLASS FOR THE ENGLISH MARKET

A conical bowl above a rounded knop on a conical foot with a folded rim.

This type of glass is usually associated with a series of letters, now held in the British Museum, that John Green sent to the Morelli Glasshouse in Venice between 1667-1673 containing over 400 designs for the English market.

The letters express a strong demand for ‘white sound metal’ and a desire for more sober forms. Only a few years later, this demand was superseded by the lead glass pioneered by George Ravenscroft from 1676.

Leslie Grigsby suggests (in reference to a glass of the same form at Winterthur inv.1975.205) that as a member of the Worshipful Company of Glass Sellers, John Greene may have been responsible for some of the Venetian glass that found its way to the colonial American markets. She says that the earliest mention of such glass was in 1633 when a when a Dutch visitor to Jamestown, Virginia, was offered “a Venice glass of sack” by the governor. She continues to say that other Venetian and façon de venise glasses have been excavated from sites in Virginia, Maryland and New York.

A very similar glass is illustrated in the catalogue of the Fred Hamburger Collection (Lameris, 2019), where they speculated that their particular glass may have been made in Venice in the 16th century as the metal bore a very close resemblance to Venetian glasses of that period, and because this form was popular in that period, with there being ‘numerous examples in cristallo and filigree glass’.