A BERLIN PORCELAIN GROUP OF MARS AND HISTORY 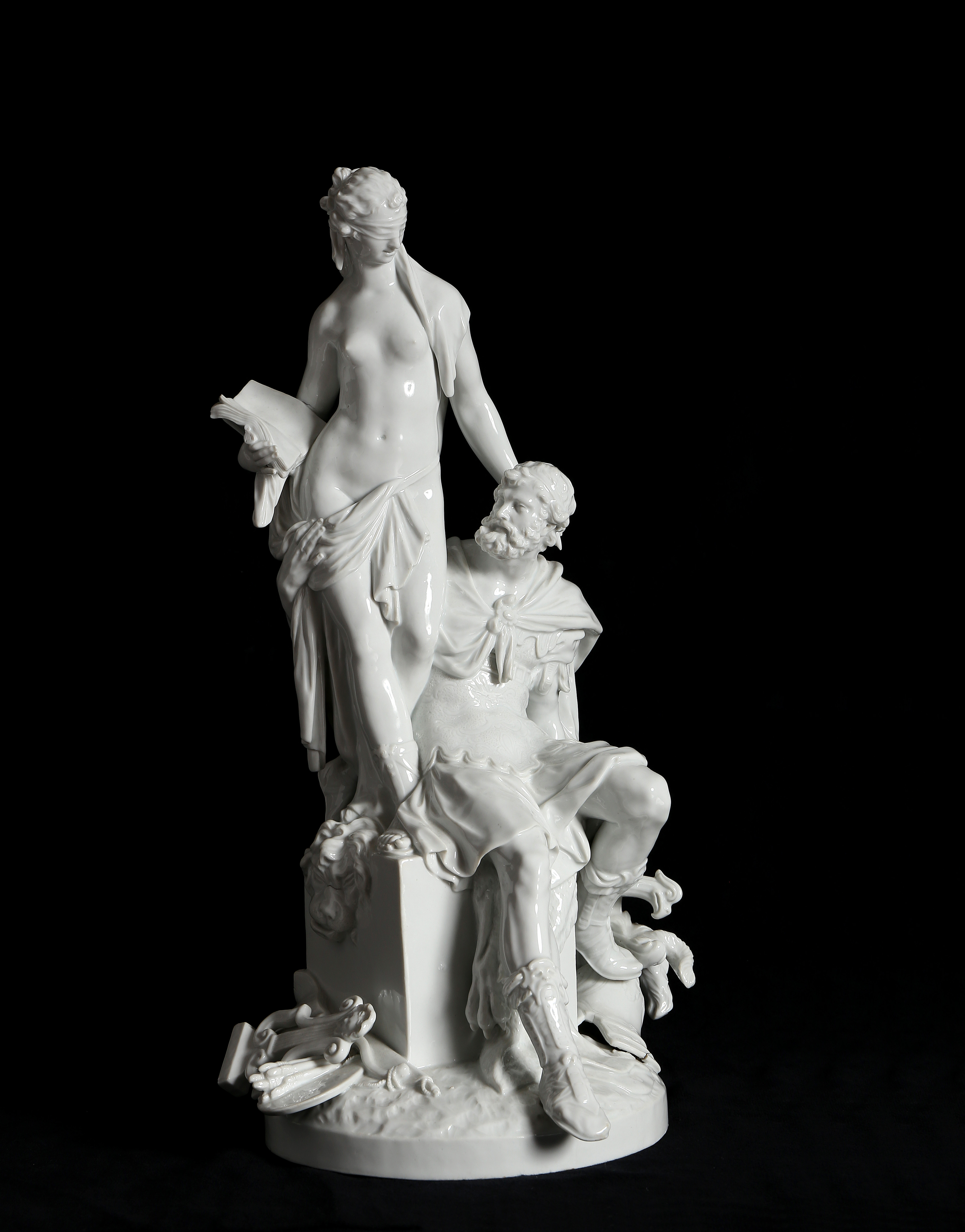 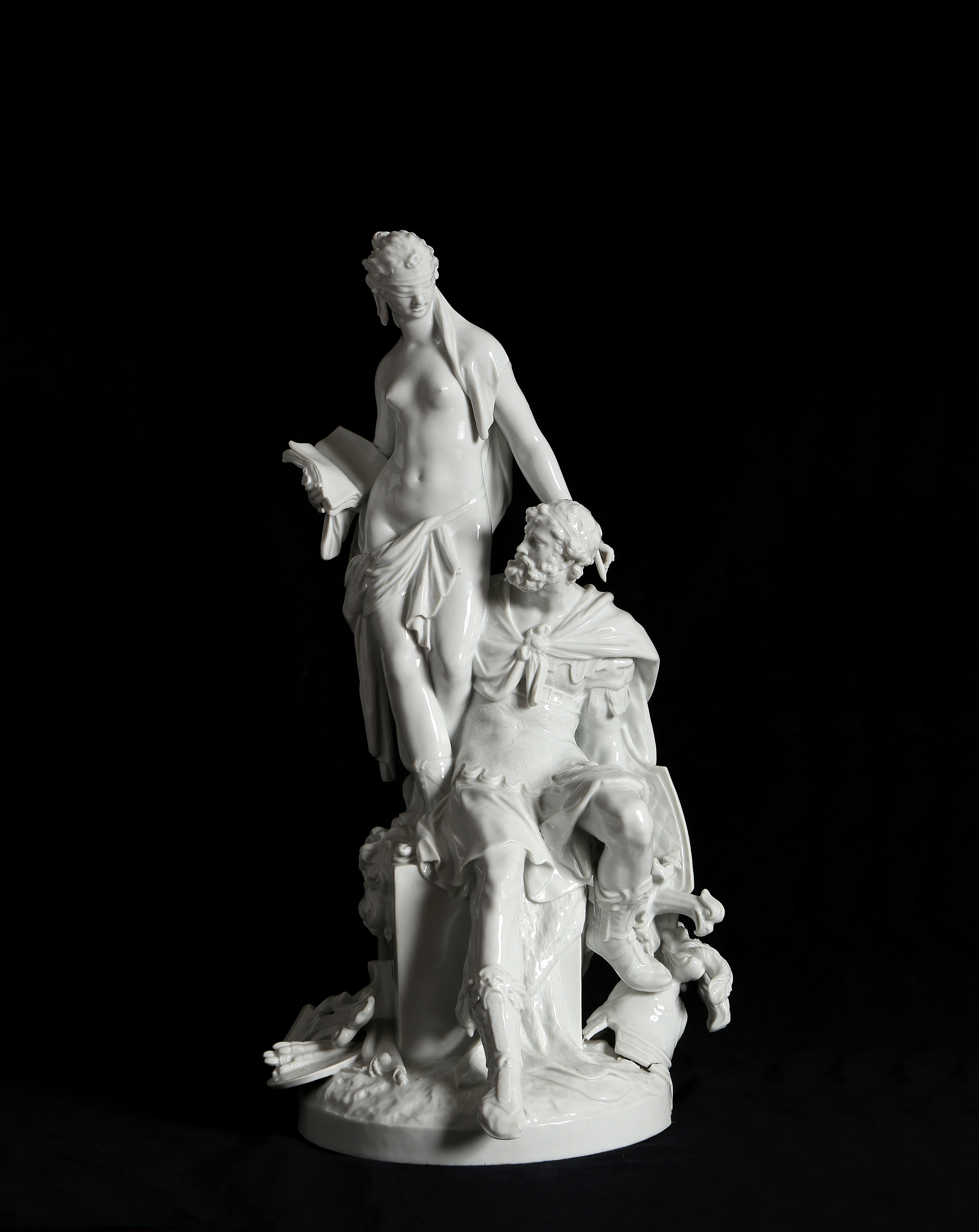 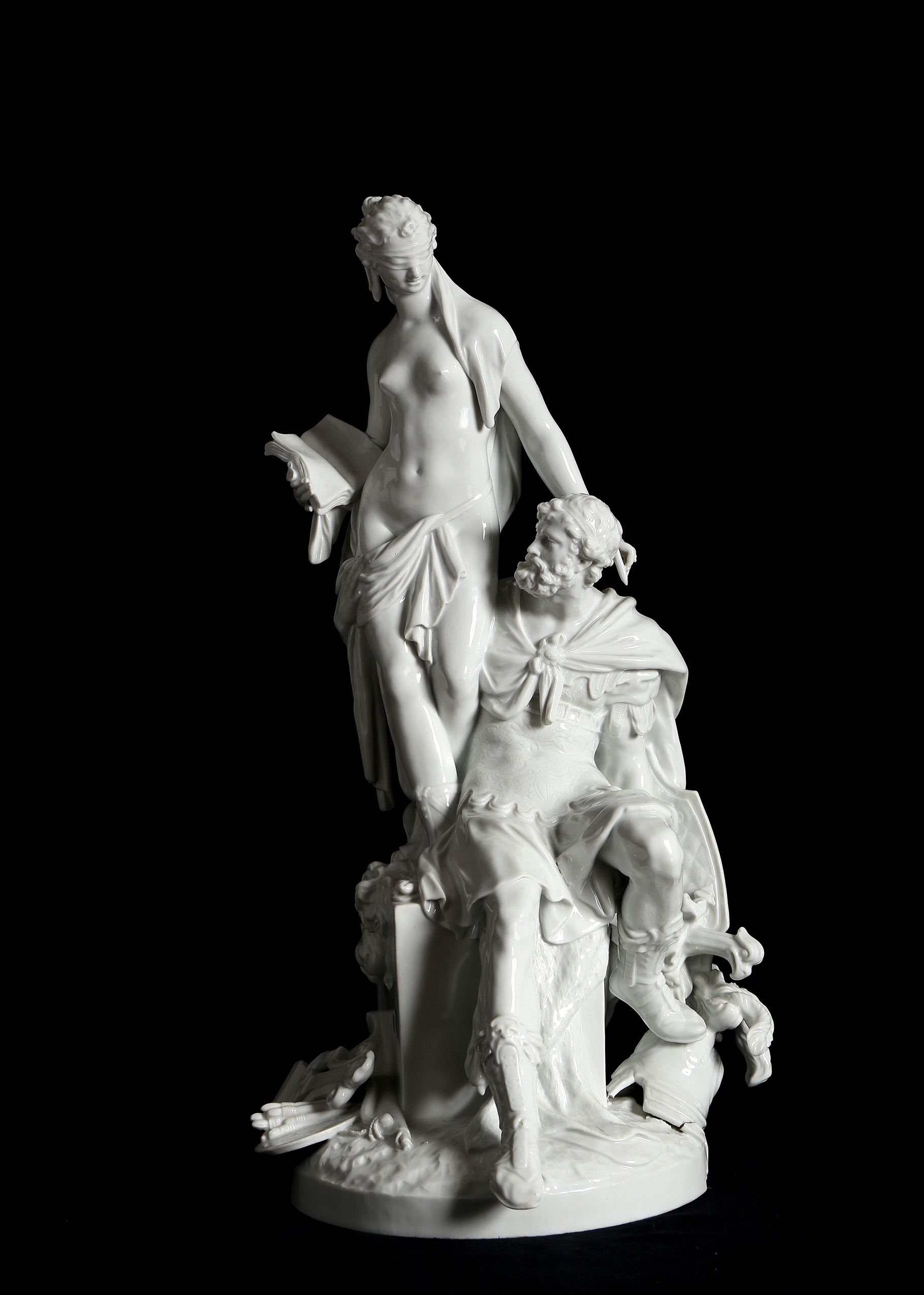 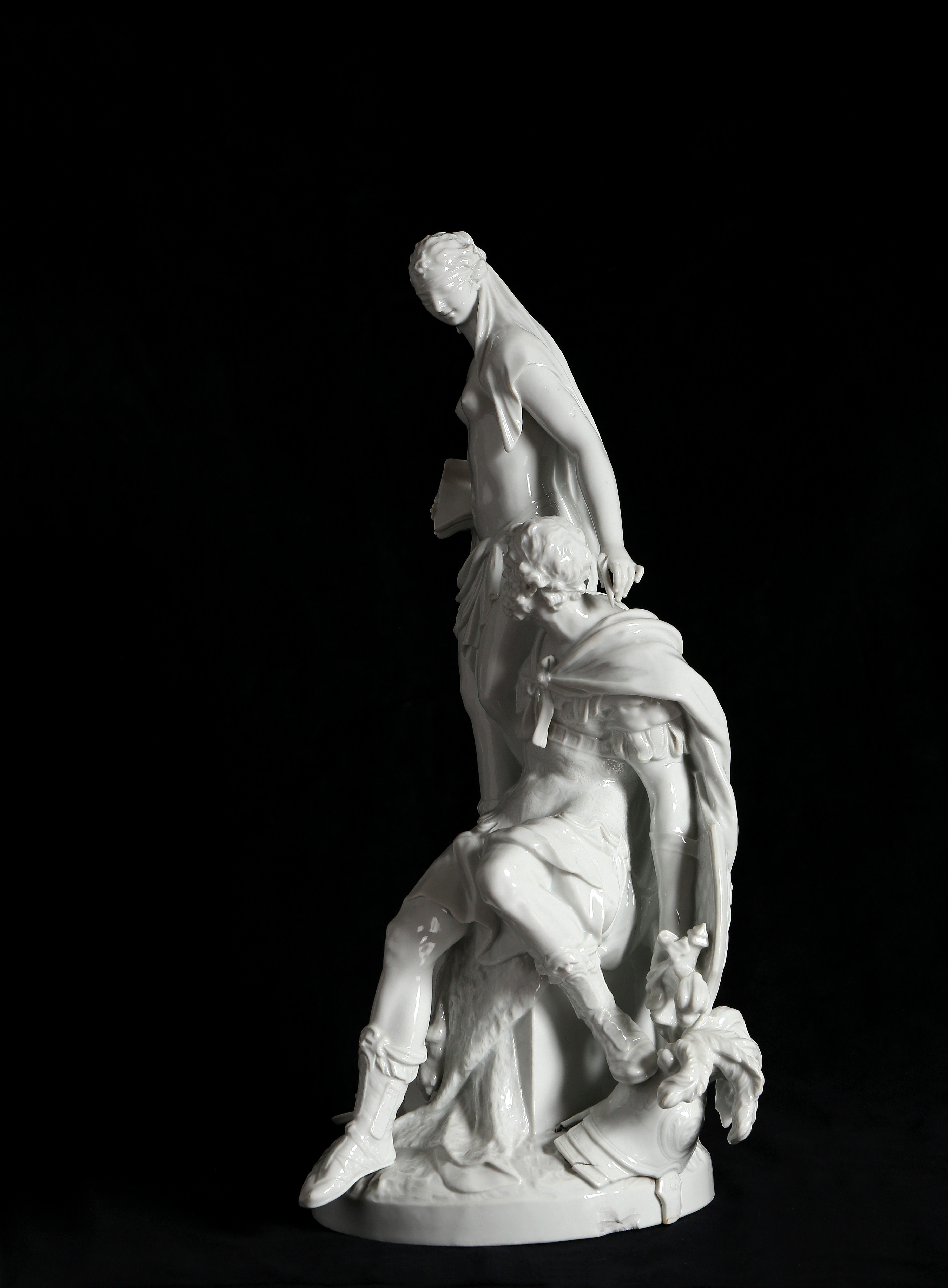 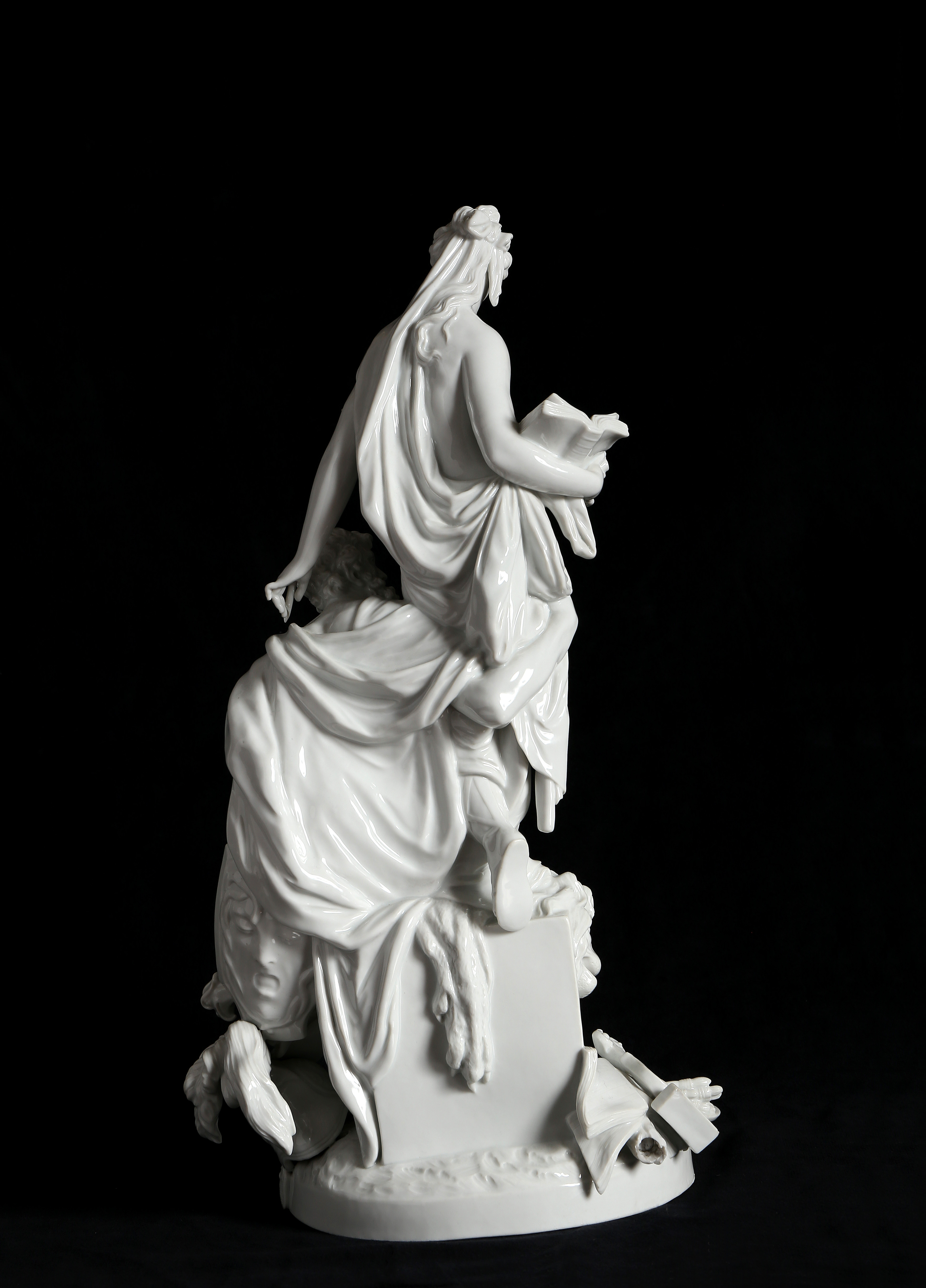 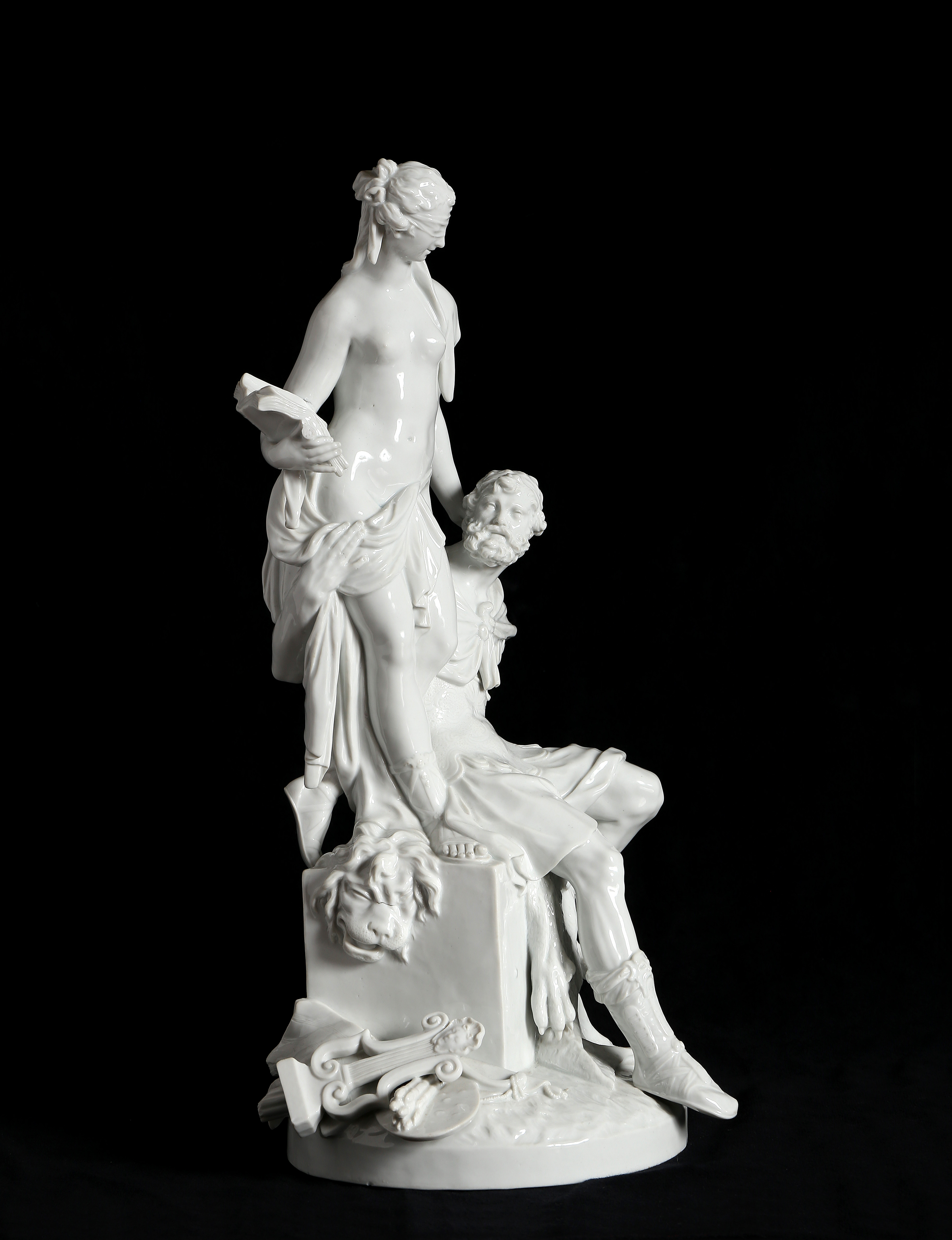 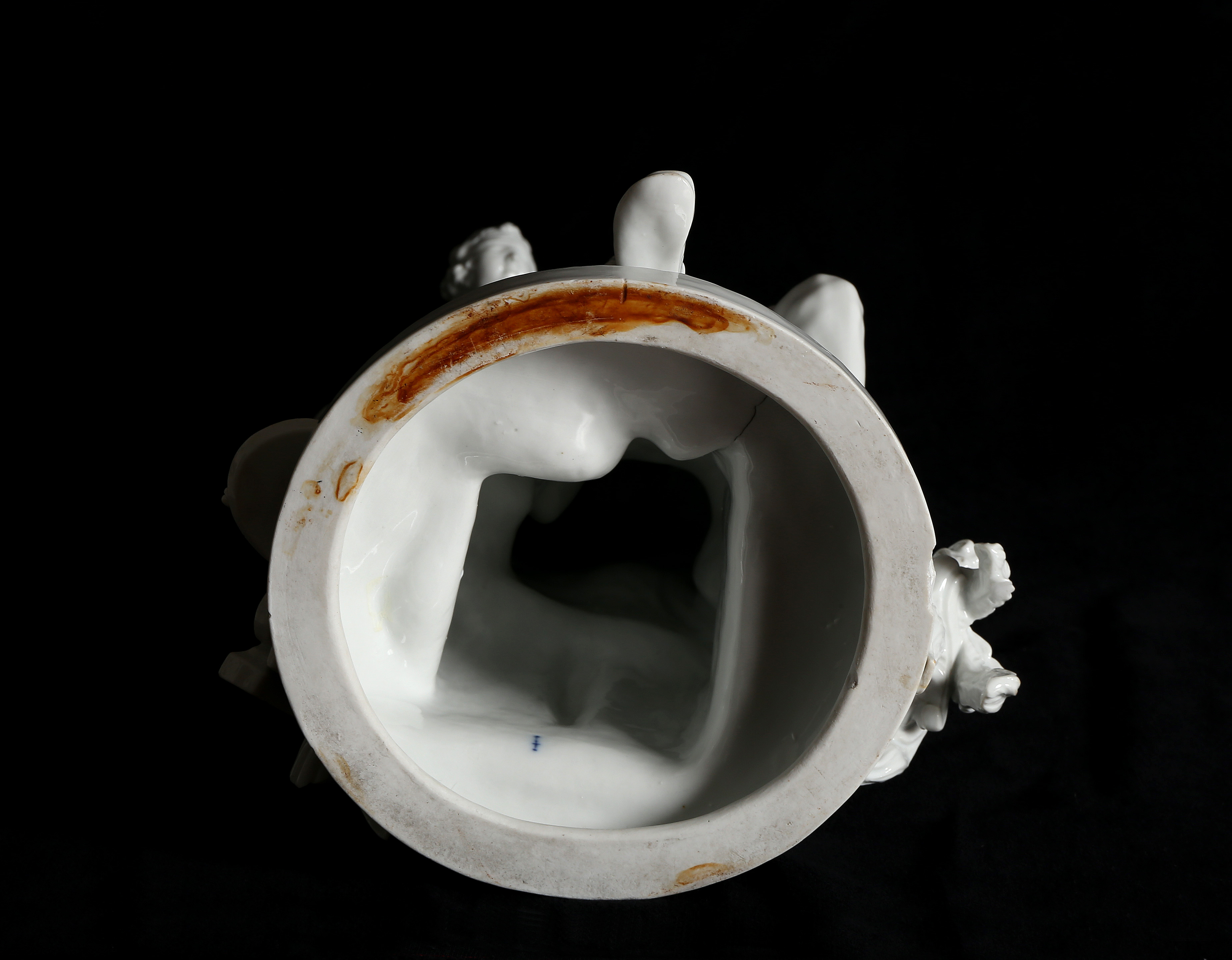 A BERLIN PORCELAIN GROUP OF MARS AND HISTORY

Modelled with Klio as the muse of History, standing holding an open book above a seated figure of Mars dressed as a warrior. Mars holds a sword and a shield with a Medusa-head on his left arm. He gazes upwards to History, who stands blindfolded on the block beside him with drapery descending from her head, Mars’ right arm clasps her thighs. She holds an open book and a long quill pen. A lion skin is draped over the square block. To one side at its base is a lyre, palette and open book, and to the other is a plumed helmet.

Joanna Lessmann, of the Museum für Kunst und Gewerbe, Hamburg, has linked this group with a payment to Wilhelm Christian Meyer between 1st June 1766 and 31st May 1767, for a group with ‘a 2 foot pedestal’.  This is the first documented work of the artist in the Berlin factory, where he had arrived in 1766 at the instigation of his brother, the modeller Friedrich Elias Meyer who had come from Meissen during the Seven Years War.

The subject of Mars resting after his triumphant wars whilst peace encourages the arts to flourish and record his great feats must refer to Frederick the Great, the owner of the Berlin Factory, in the immediate aftermath of his successes in the Seven-Years War.

This brilliantly conceived group is believed to be the largest figure group made at Berlin in the 18th century and is the masterpiece of Wilhelm Christian Meyer.

The other white examples that we have been able to find are in the Victoria and Albert Museum, the Hamburg Museum für Kunst und Gewerbe and the Kunstgewerbemuseum, Berlin. Coloured examples are in The Belvedere, Schloss Charlottenburg, Berlin (Baer 1972, p. 47 and pl. 5) and the Markisches Museum, Berlin. There is also said to be an example in the Museo di Palazzo Venezia, Rome (we have not yet confirmed this).

Condition:
Quill and trumpet lacking, end of fasces broken, large chip to base, no restoration