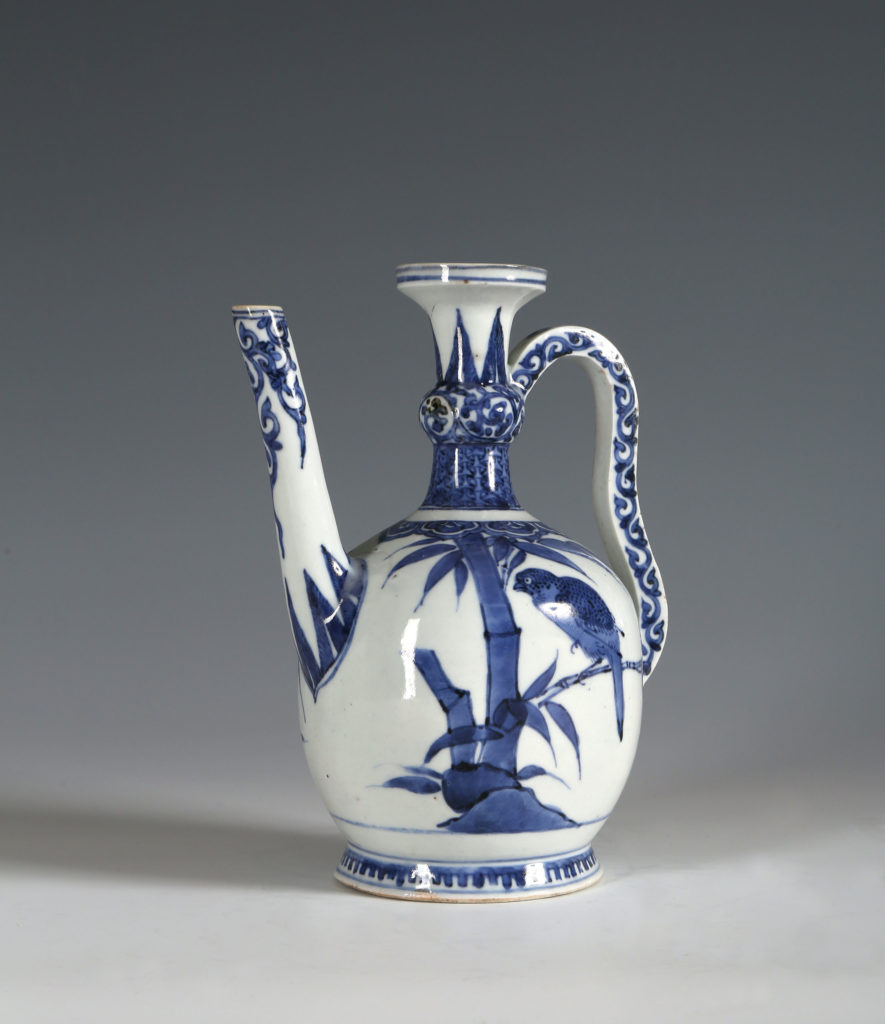 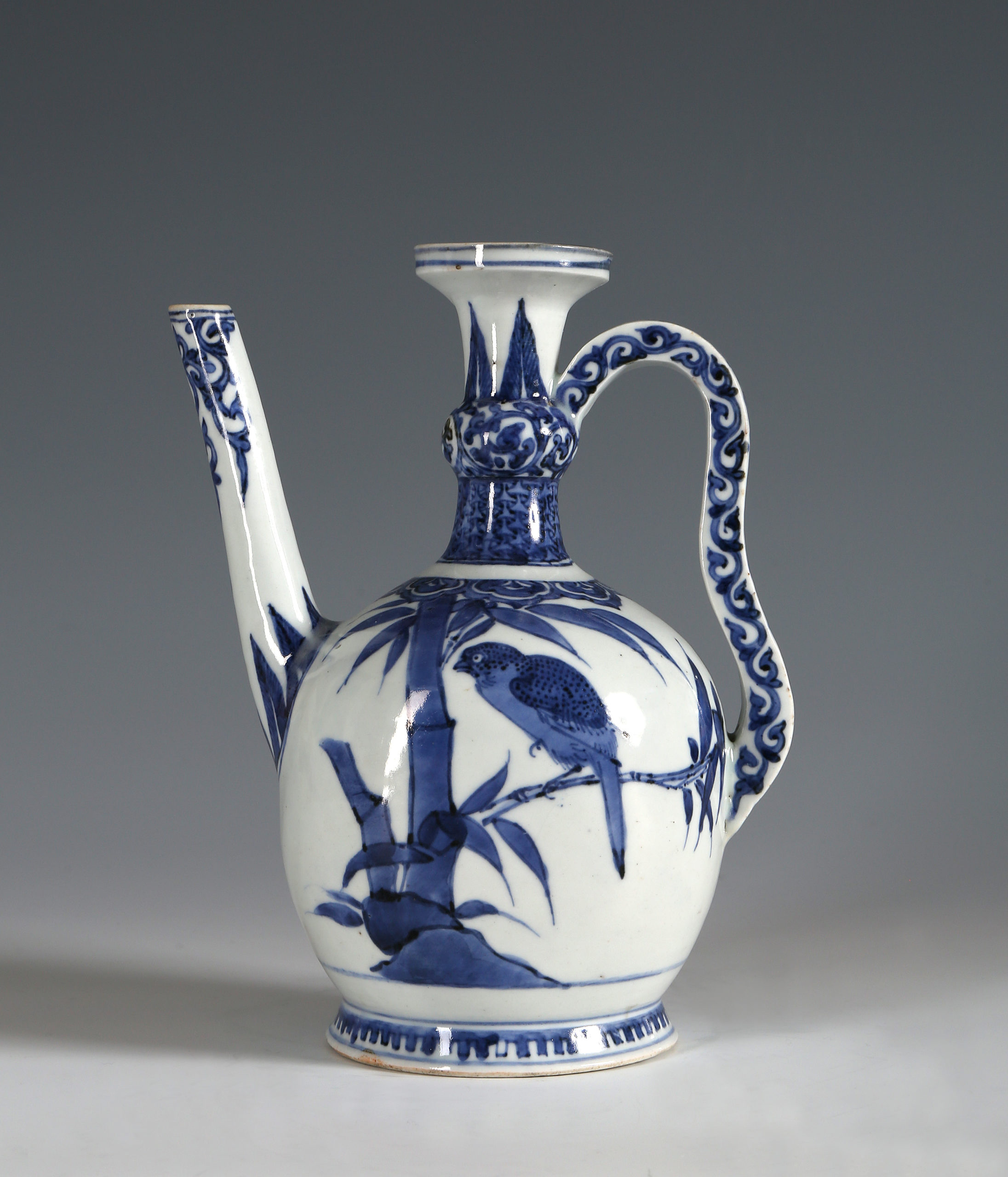 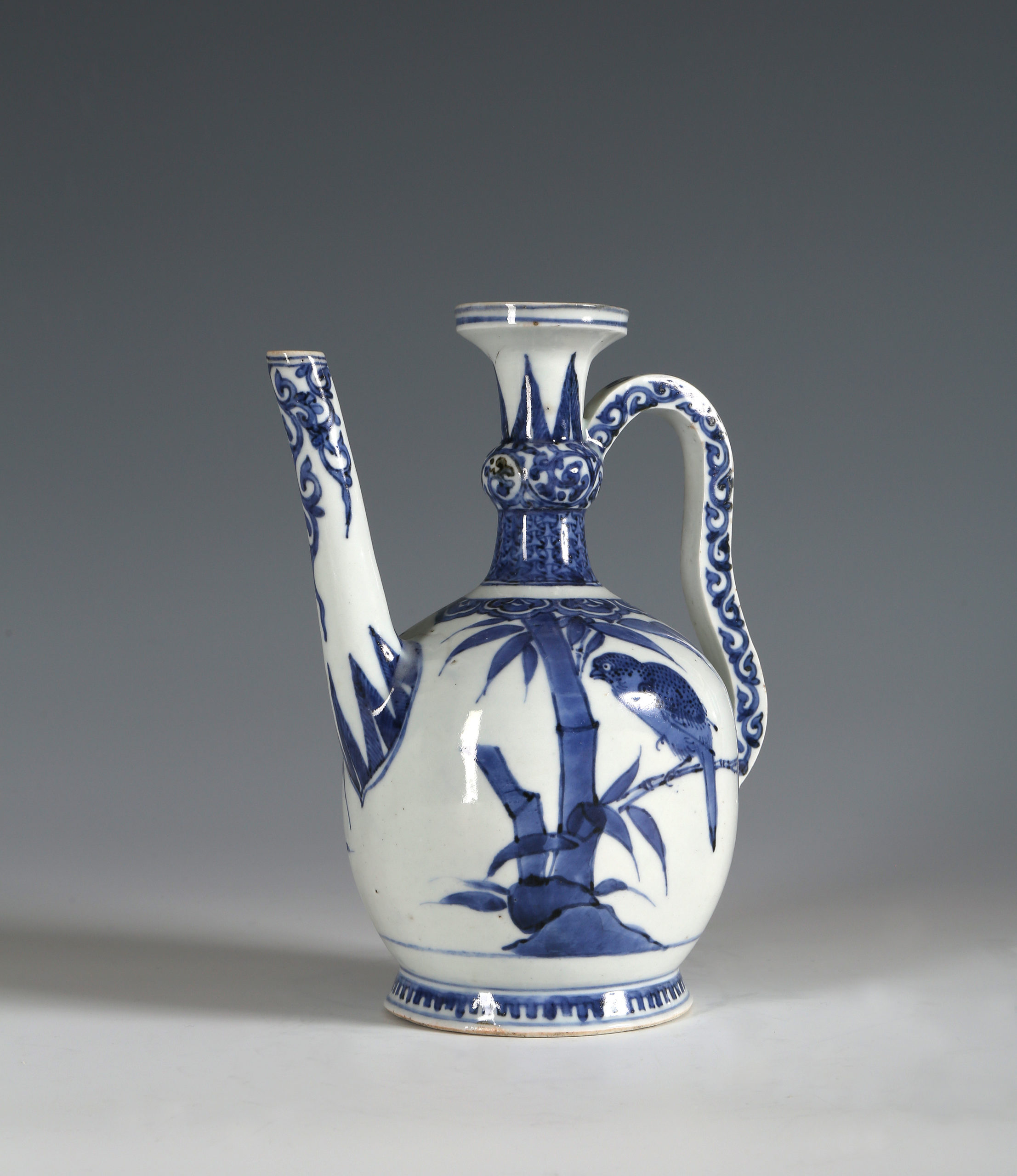 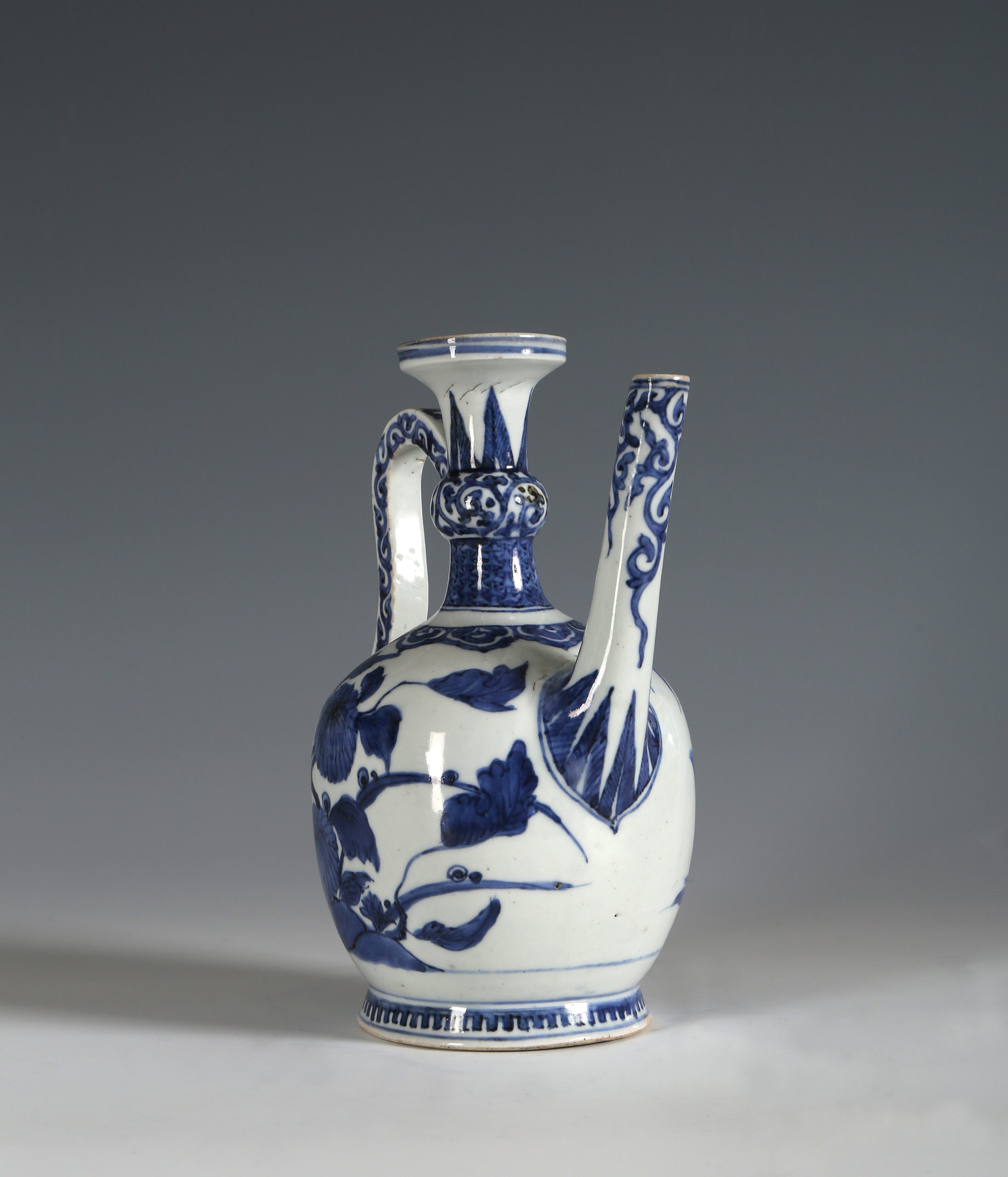 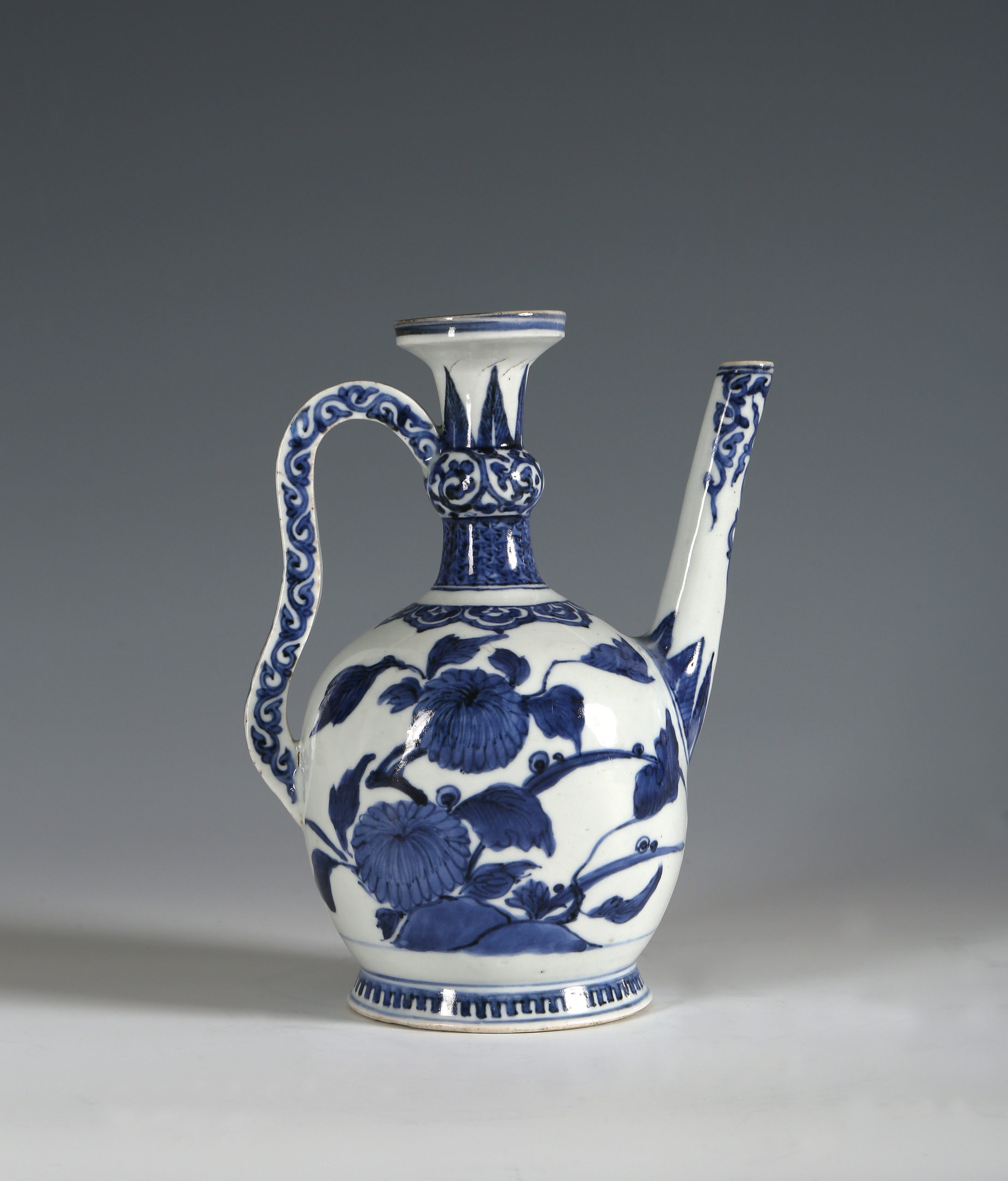 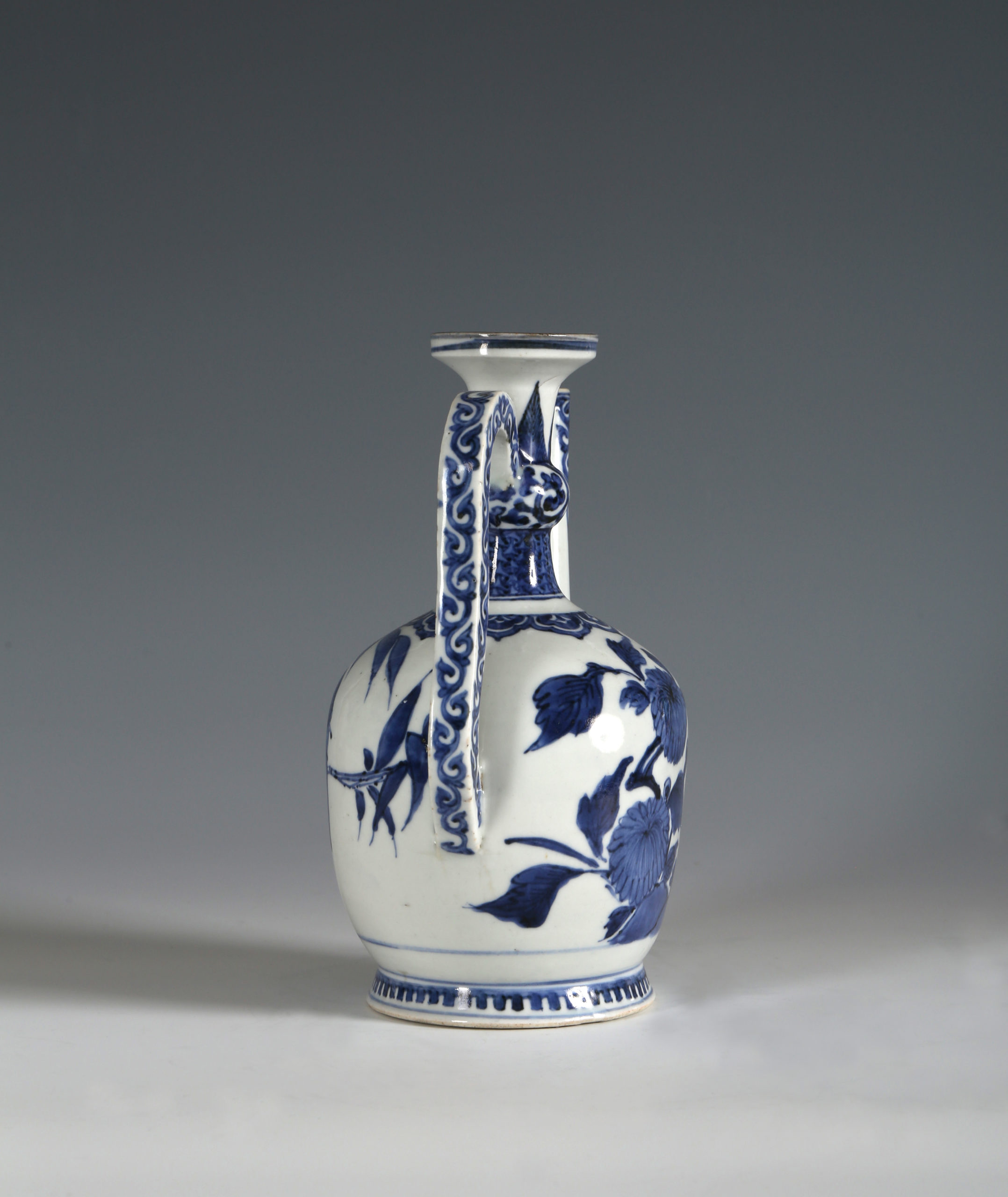 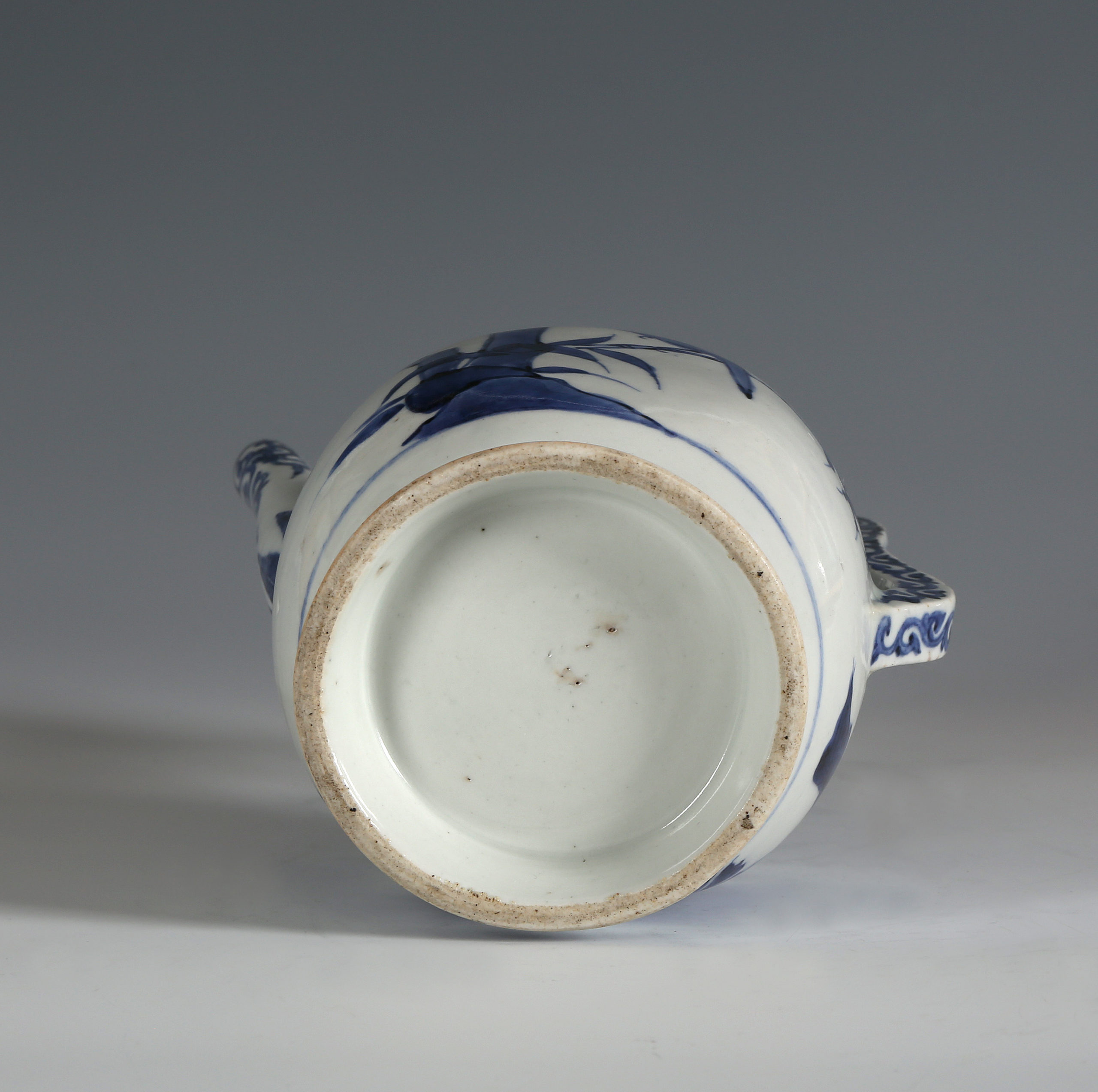 Finely painted with with foliage on one side and a bird perched on bamboo on the other.

A particularly early and unusual form, there are comparable pieces in the Shibata Collection in the Kyushu Ceramics Museum, and the Nezu Museum, Tokyo; Professor John Coates also illustrates two others of this form (Item 1.4.), and another closely related (Item 1.3.).

Coates suggests that this form was initially made for export to the Islamic market and points out that the two similar to ours were found in England and Holland. Although we do not know the early provenance of our ewer, we acquired it in Belgium, which is consistent with the idea that it may have been an early Japanese ware exported to Europe.

Coates also presents sherds of a very similar piece to his Item 1.3. that were found at the site of the Yanbeta kiln in Arita, to which much of the early enamelled wares are now attributed. He also illustrates a sherd found in excavations in Deshima, confirming that it was part of the Dutch export trade.

Condition:
Flat chip to side of handle restored, and break to end of spout, restuck