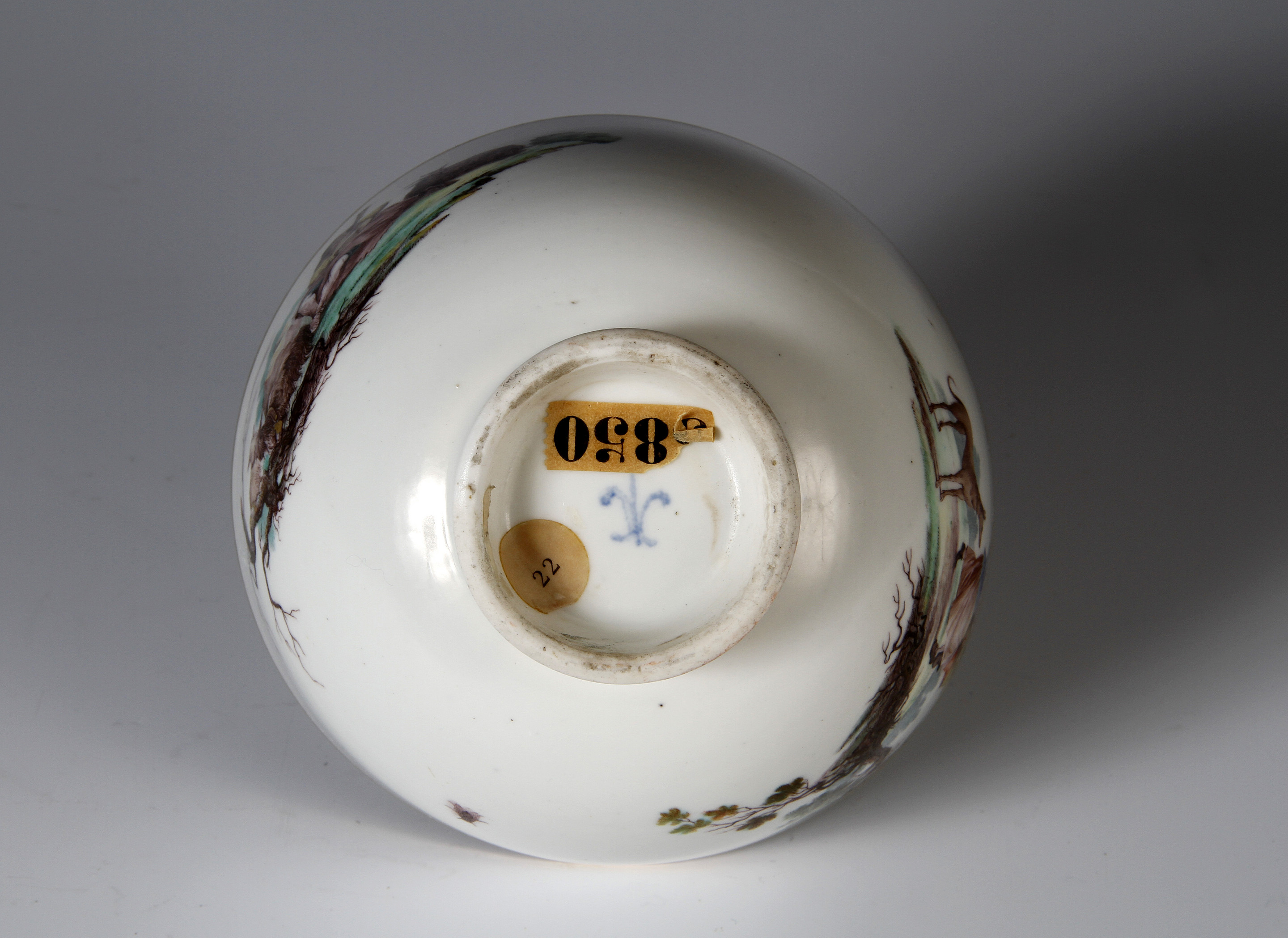 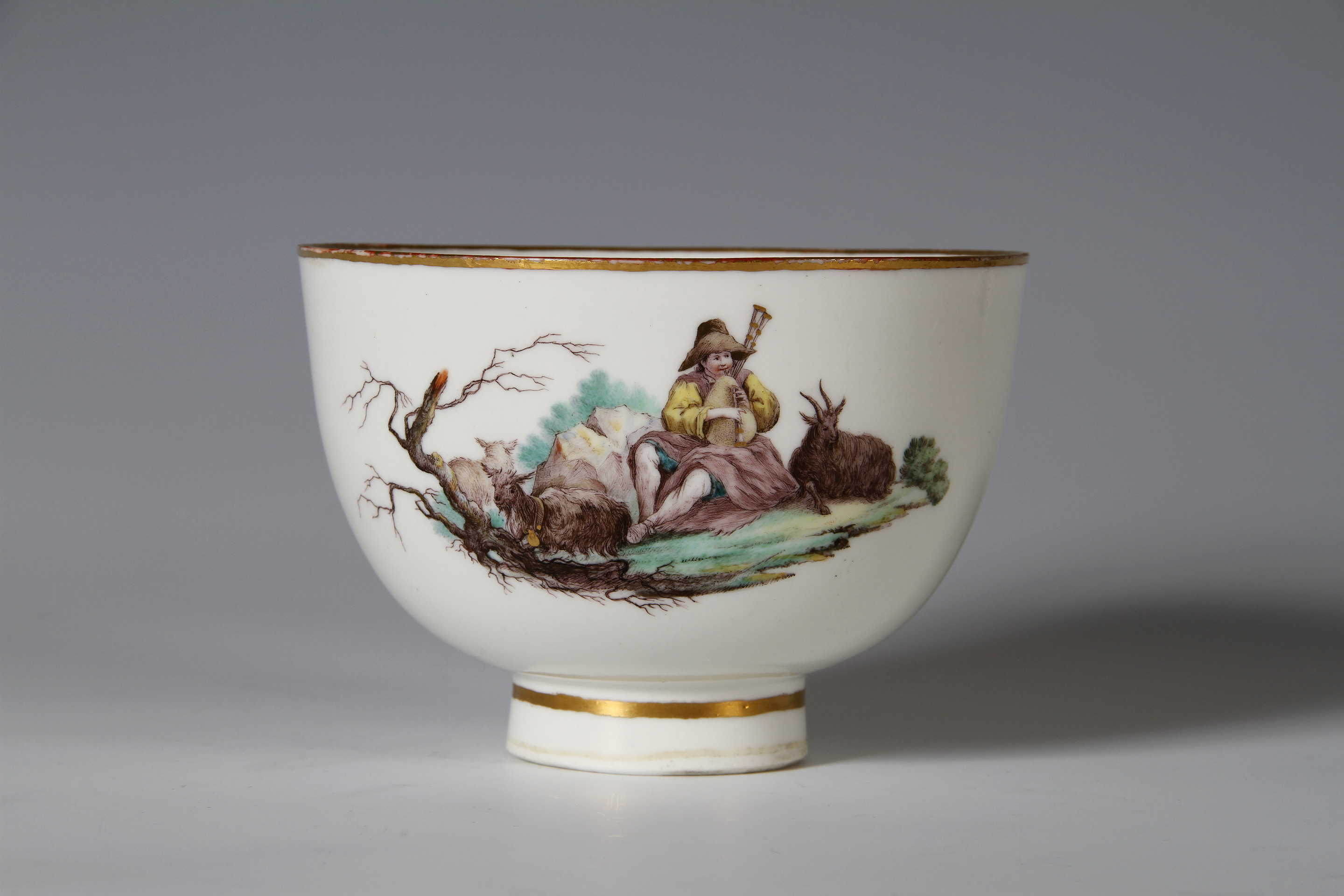 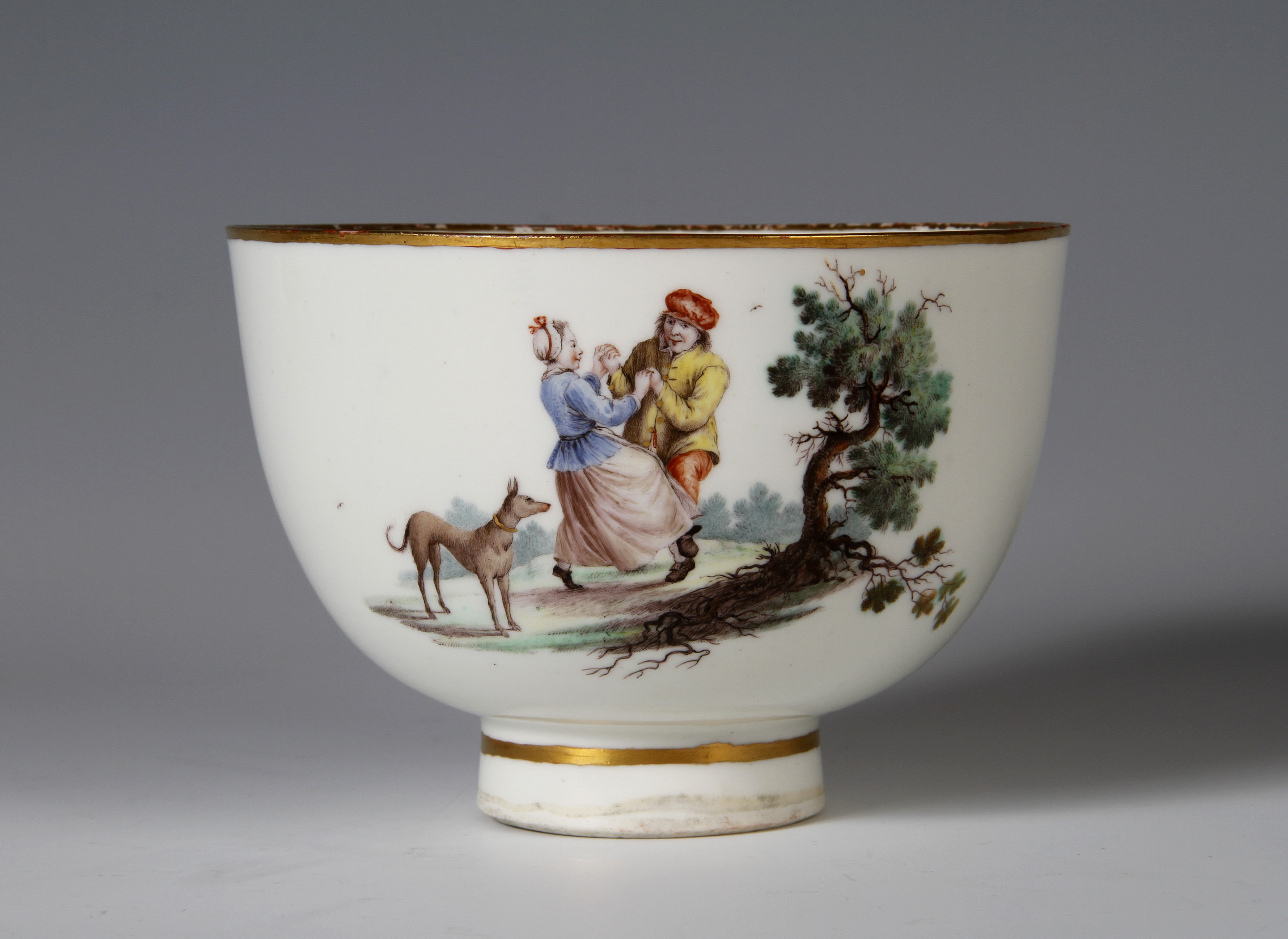 Possibly painted by Giovanni Sigismondo Fischer. The rather north European style of painting perhaps suggests the hand of Fischer who had come from Meissen and worked at Capodimonte from 1754-58.
The Capodimonte factory was closed in 1759 and moved in its entirety to Spain when Carlo III inherited the throne, it was re-established as the factory of Buen Retiro. It can be hard to tell Capodimonte pieces part from the earliest production of Buen Retiro when they were using the same paste imported from Naples. However, in my opinion, the quality of the enamels and paste strongly suggest that this is from the Capodimonte period of production which is also consistent with the possible attribution of the painting to J.S. Fischer.

Another bowl of a similar form is in the Museo Duca di Martina, Naples, Inv. 1726