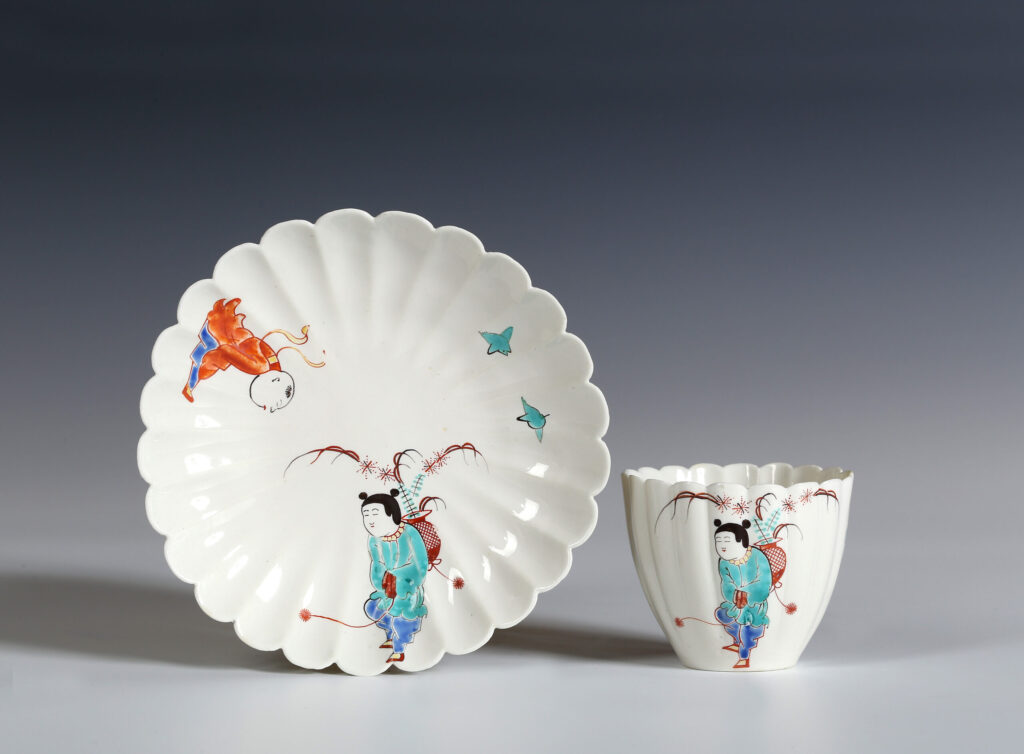 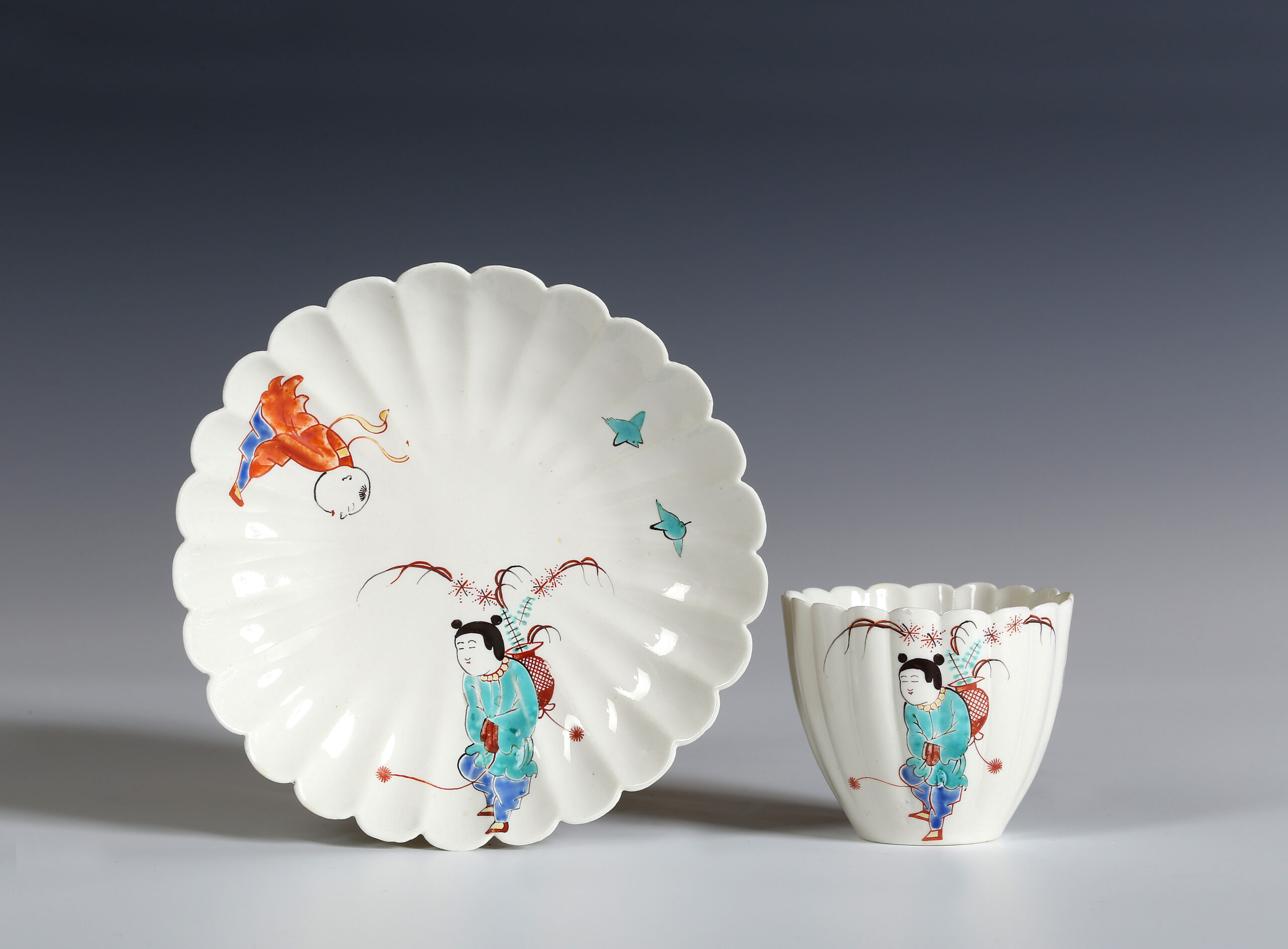 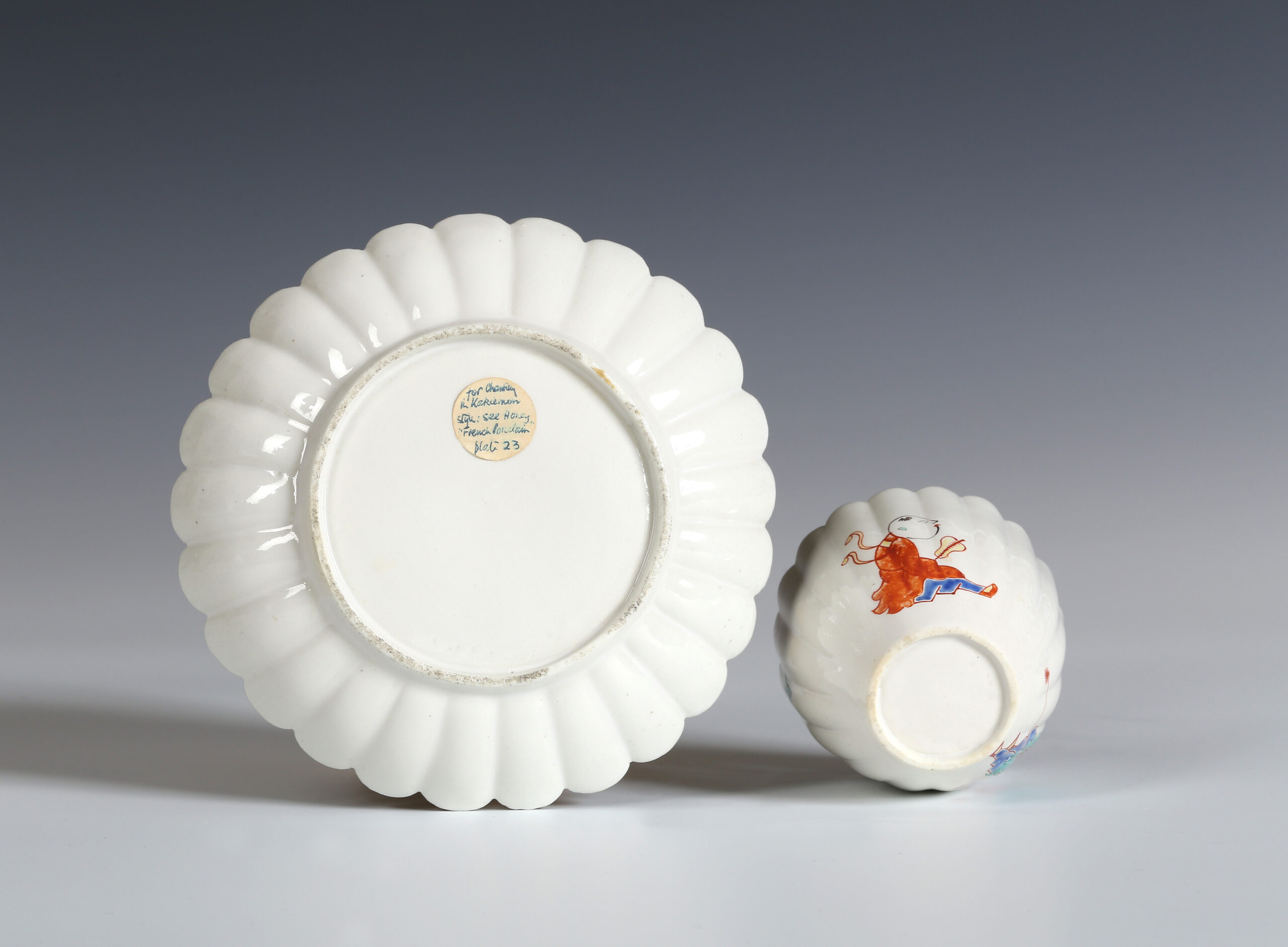 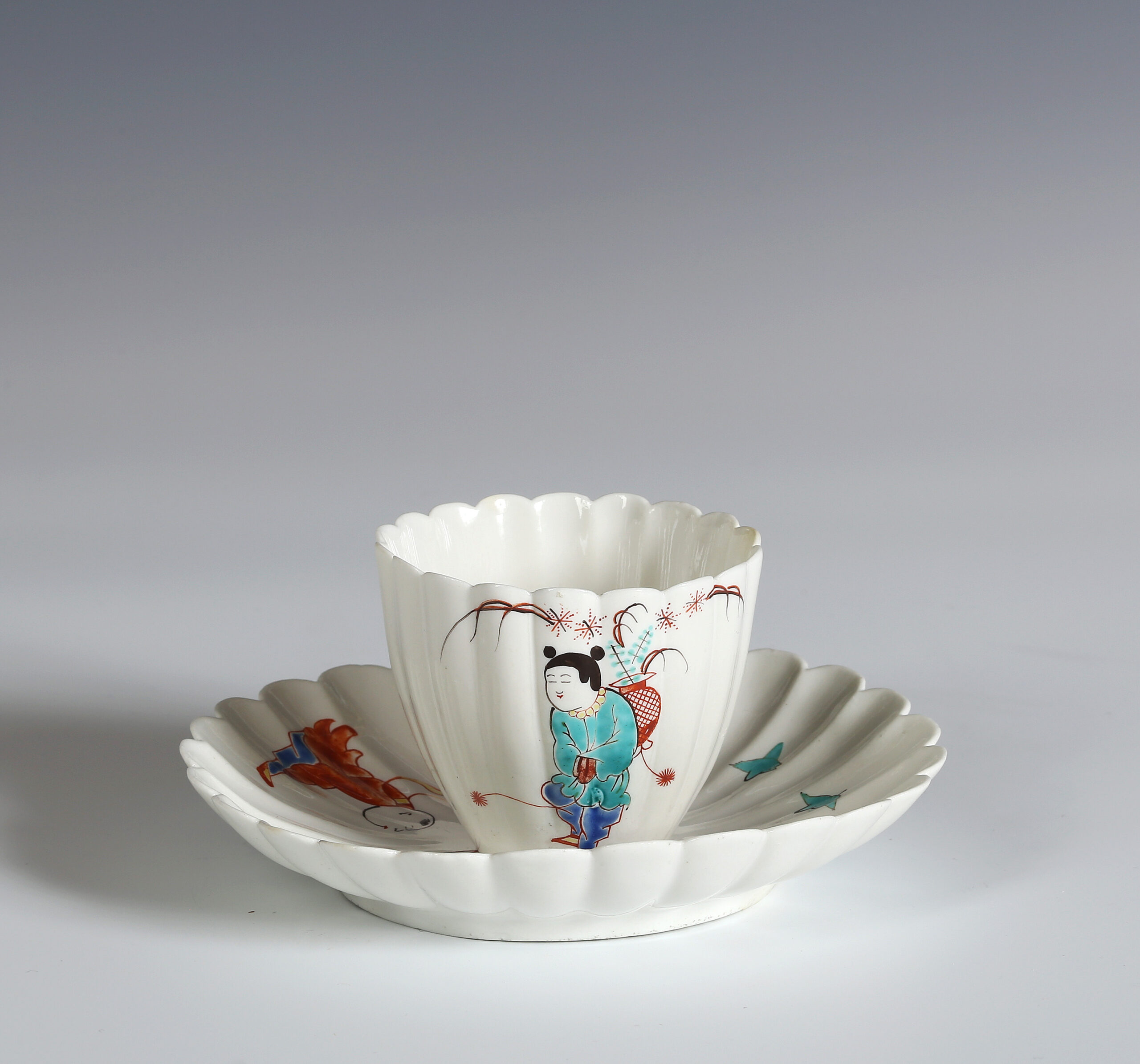 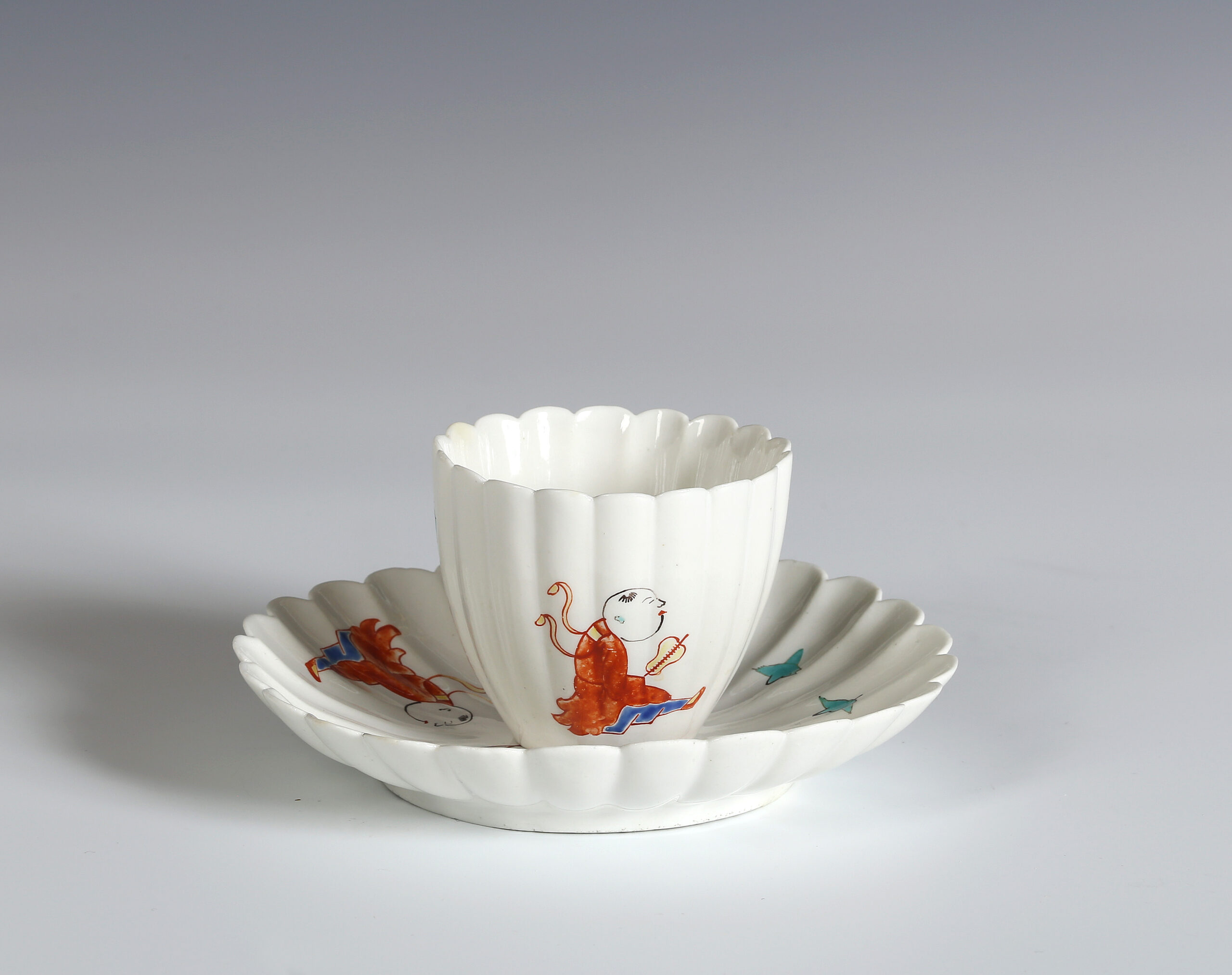 The brilliant strong colours set against the milky white tin glaze is characteristic of the early period at Chantilly around the time of the granting of the privilege by Louis XV to Ciquaire Cirou to create porcelain in the façon de Japon in 1735, under the patronage of Louis Henri de Bourbon, prince de Condé.

Meissen also made a version of this form and pattern in around 1730, but in this instance one can say that the Chantilly version was taken from a Japanese original because the figures on the Meissen versions sit facing each other in the same plane.

The Japanese original was presumably in the collections of the prince de Condé. We know that such a piece was in France at the time because of the example in the nécessaire of the Queen, Marie Leszcyńska, in the Louvre, with silver and silver-gilt by Henry-Nicholas Coussinet of 1729 (Le Duc 1996).

The fluted chrysanthemum form can be traced back through Japan to the Song dynasty in China and the motif of children also an auspicious Chinese meaning of a wish for many sons.