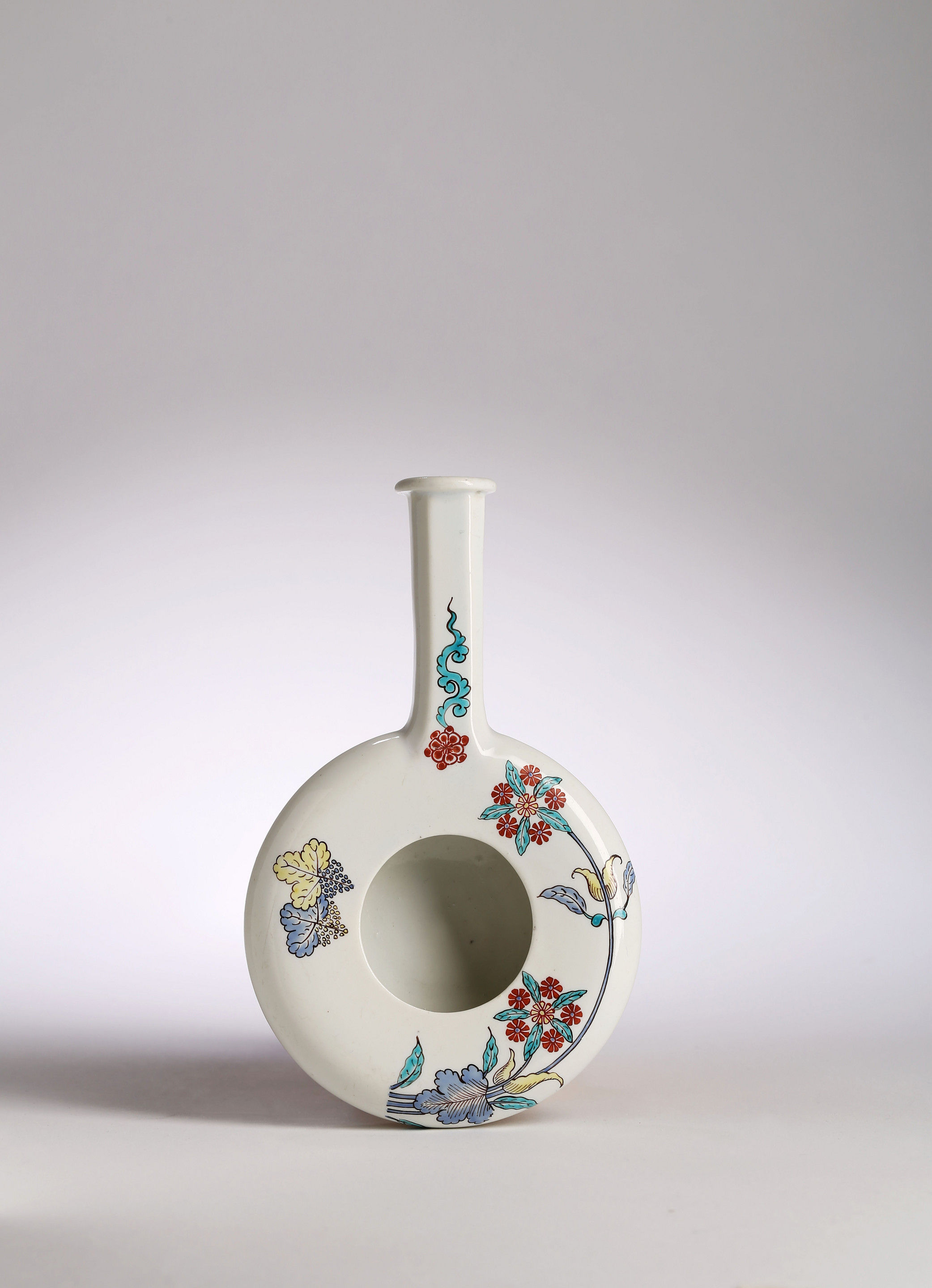 The flattened circular form with hollow octagonal handle painted
with paulownia and stylised plants the reverse with insects in flight.

This appears to be a unique form in Chantilly porcelain, though examples in faience from Sincenny and Strasbourg are known. It has sometimes been suggested that they were spittoons, but a Hanong Strasbourg example of about 1735 is formed with screw thread at the end of the spout and is clearly intended to receive an attachment, presumably a feeding teat. The daisy-like flower has sometimes been described as a tobacco flower, this seems uncertain.