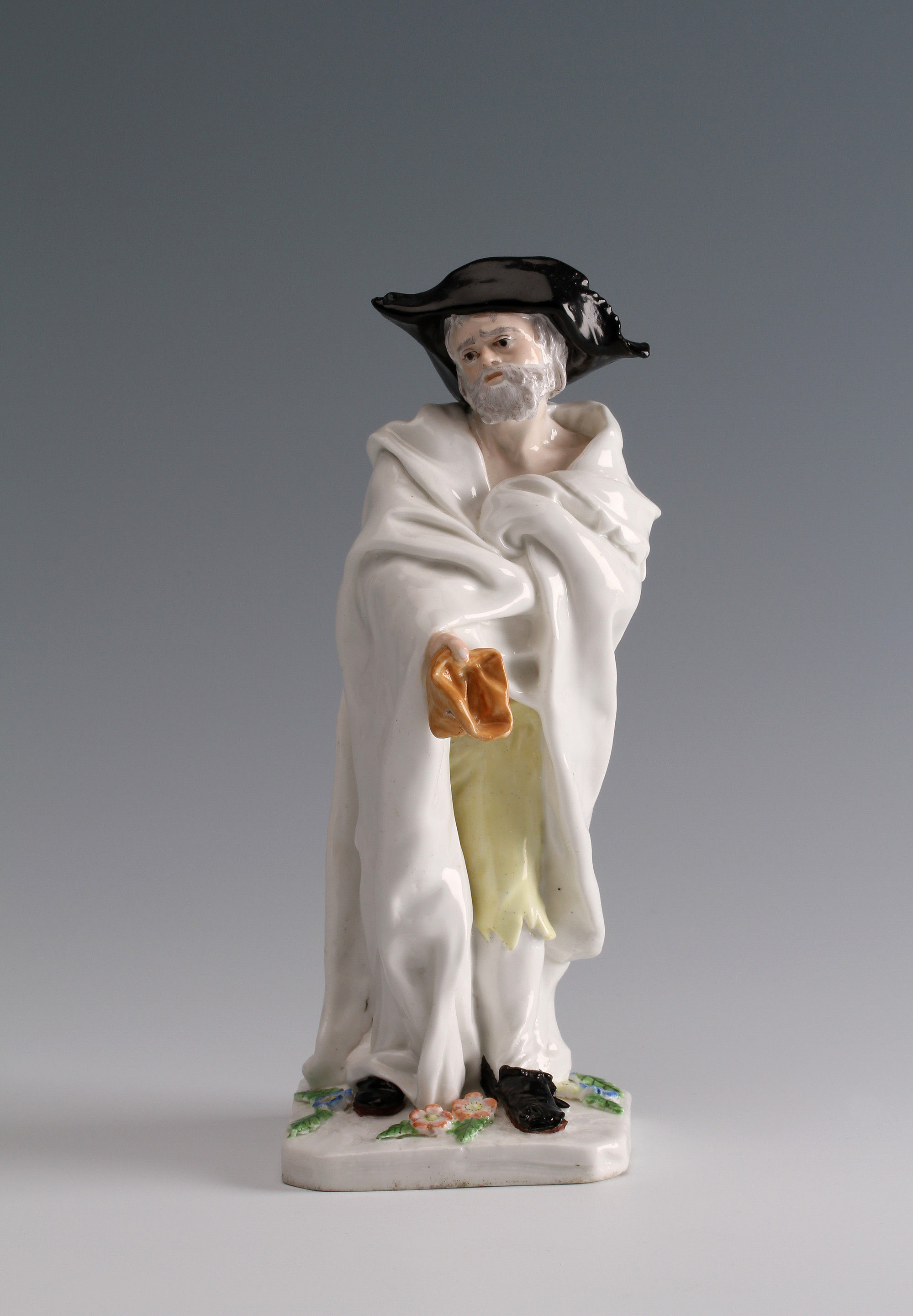 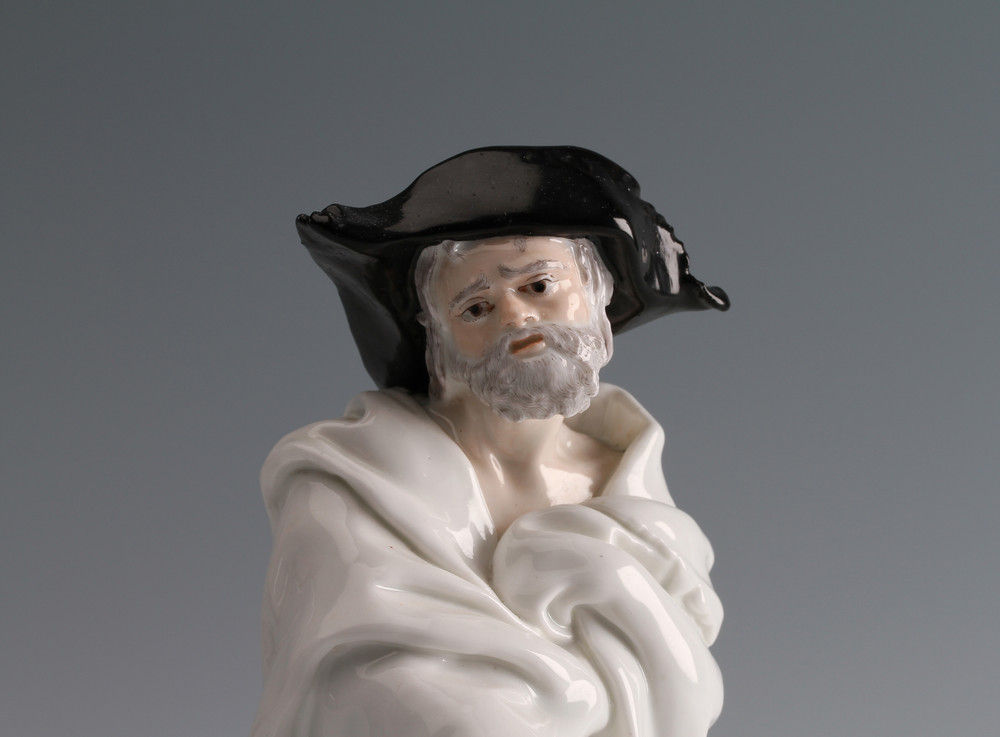 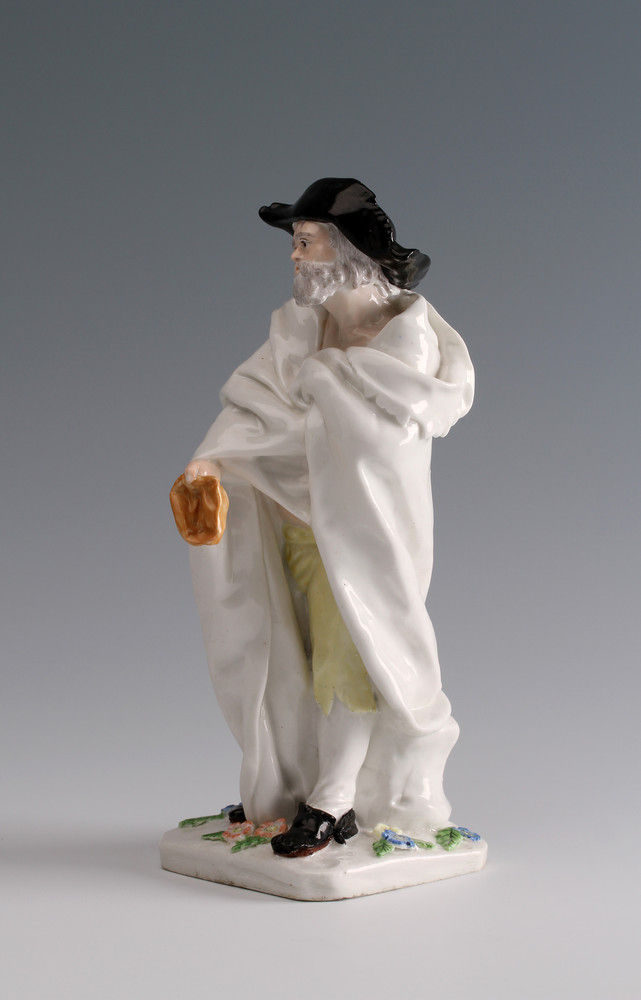 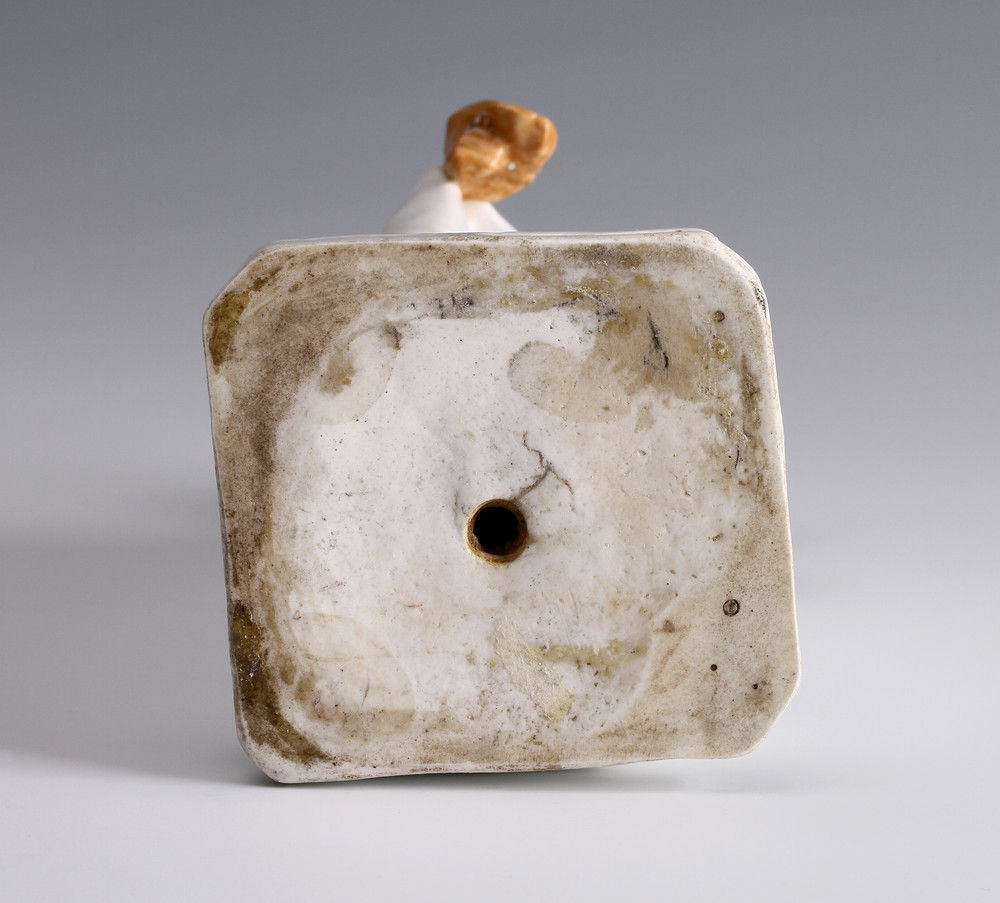 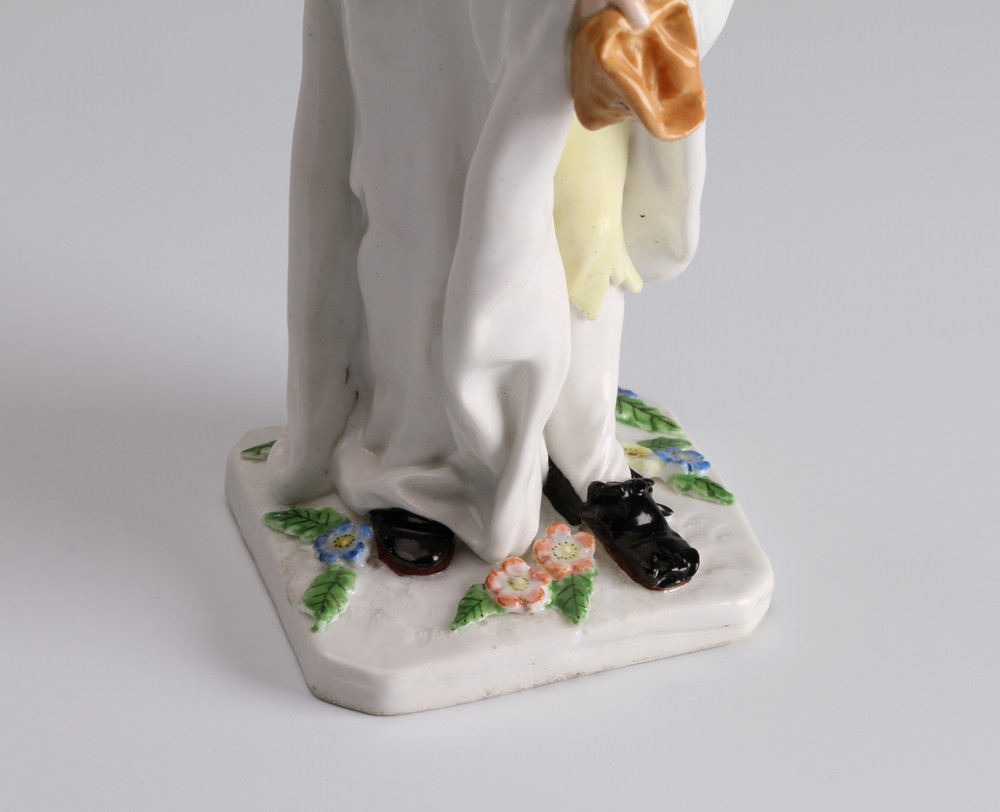 Josef Willems modelled a series of four figures of beggars which are amongst his finest original creations. They include this figure, an elderly lady and ‘The Blind Beggar’ and a younger beggar.

The powerful baroque boldness of the modelling is Willems at his best and is complemented by subtle washes of colour and the strong black of his tricorn hat and shoes.
The paste is characteristic of the Raised and early Red anchor period with its unctuous quality and use of a little tin in the glaze to heighten the whiteness. This figure is sometimes referred to as an Italian Beggar due to the entry in the 1756 Chelsea catalogue lists of “Two fine figures of Italian Beggars” which may or may not refer to this model.
The Chelsea Sale Catalogue, March 20, 1755, lot 25 lists: ‘Three figures of an Italian doctor, a Chinese mask, and a beggar’.

Condition:
Flowers and leaves on the base replaced