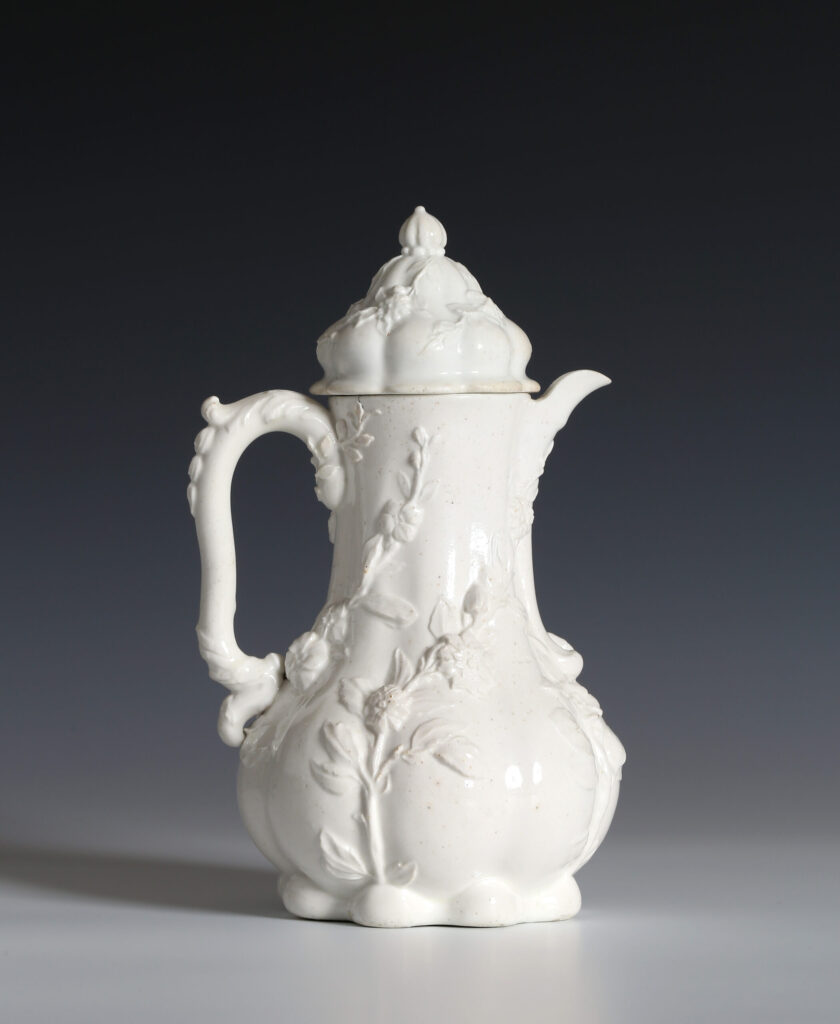 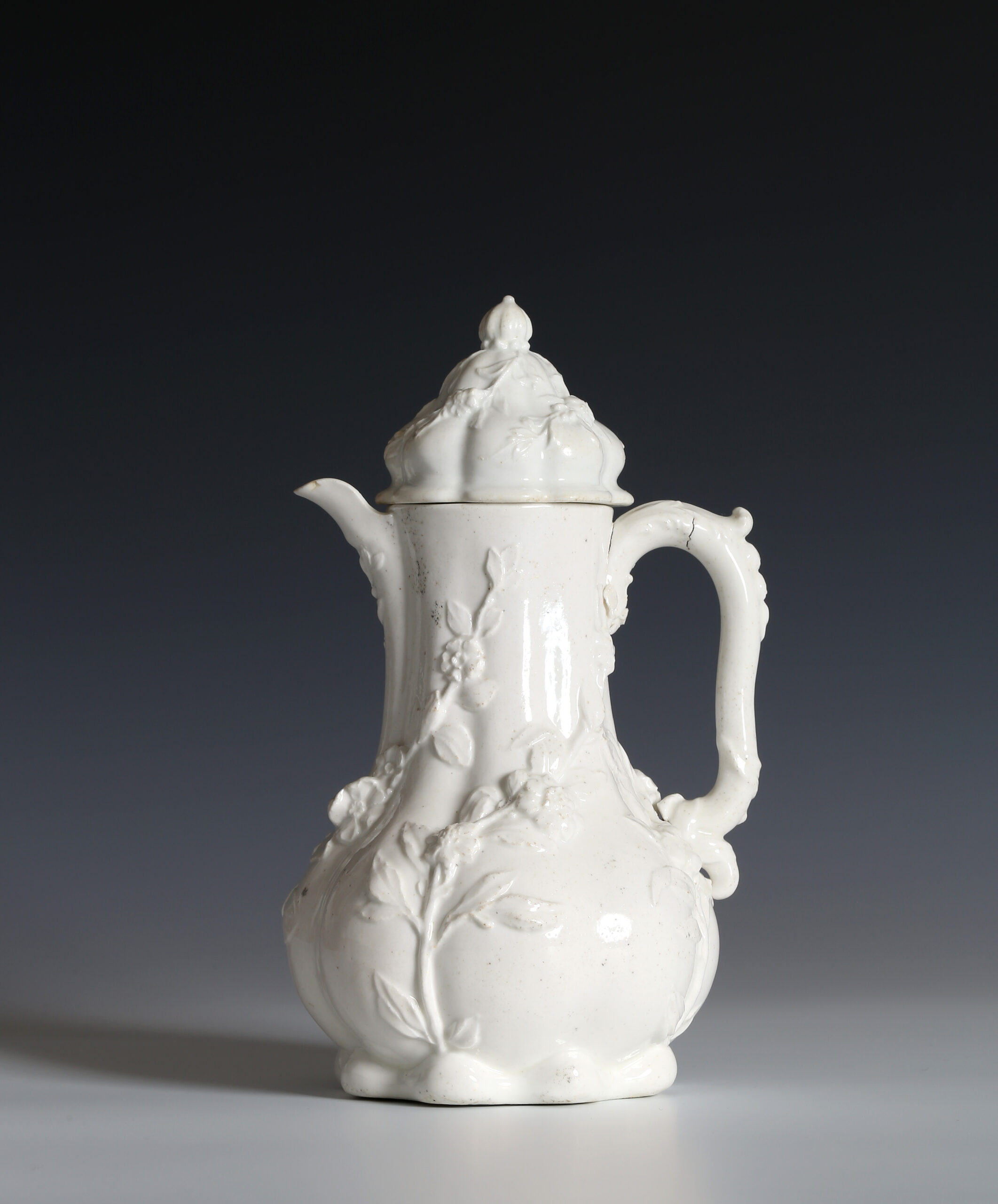 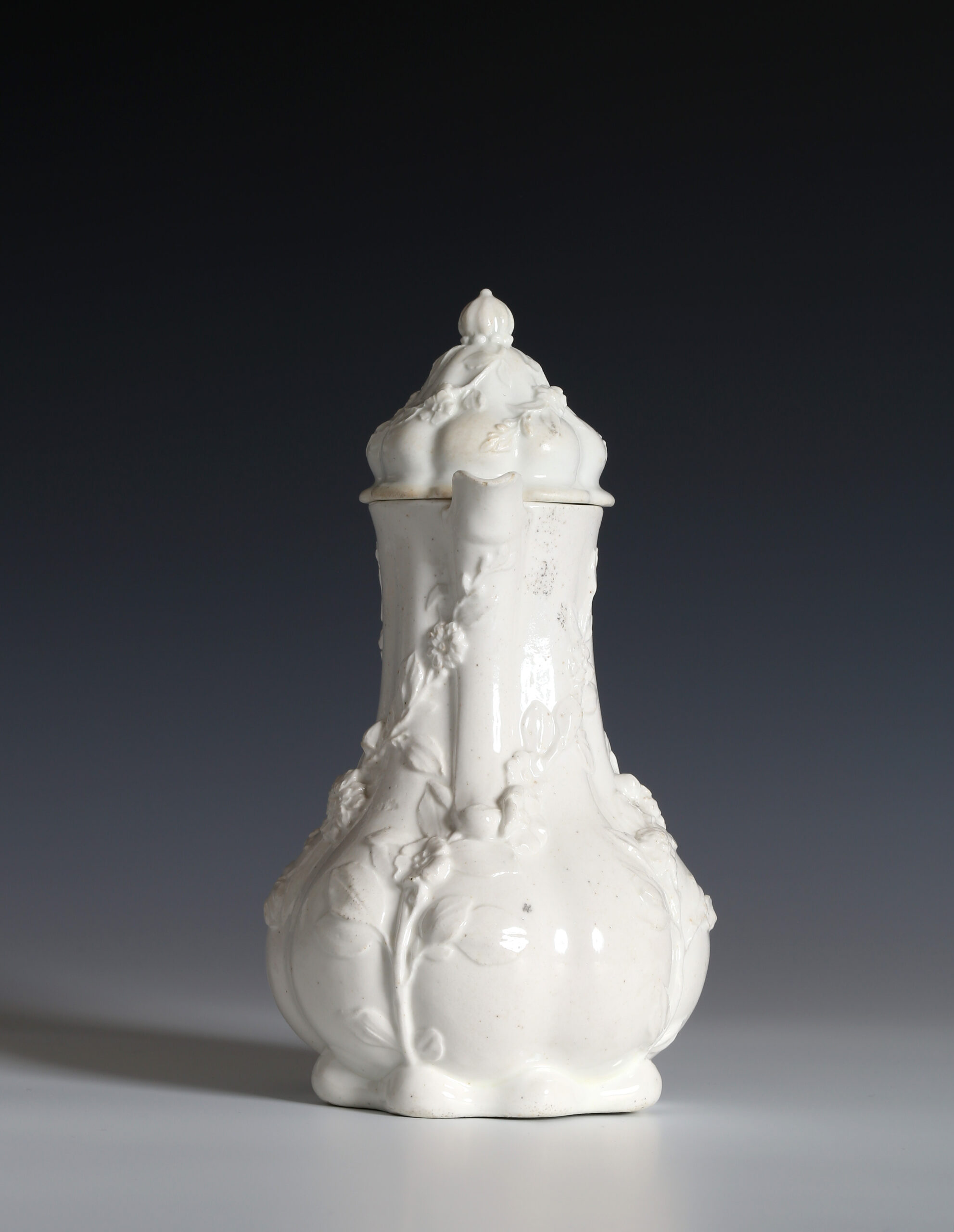 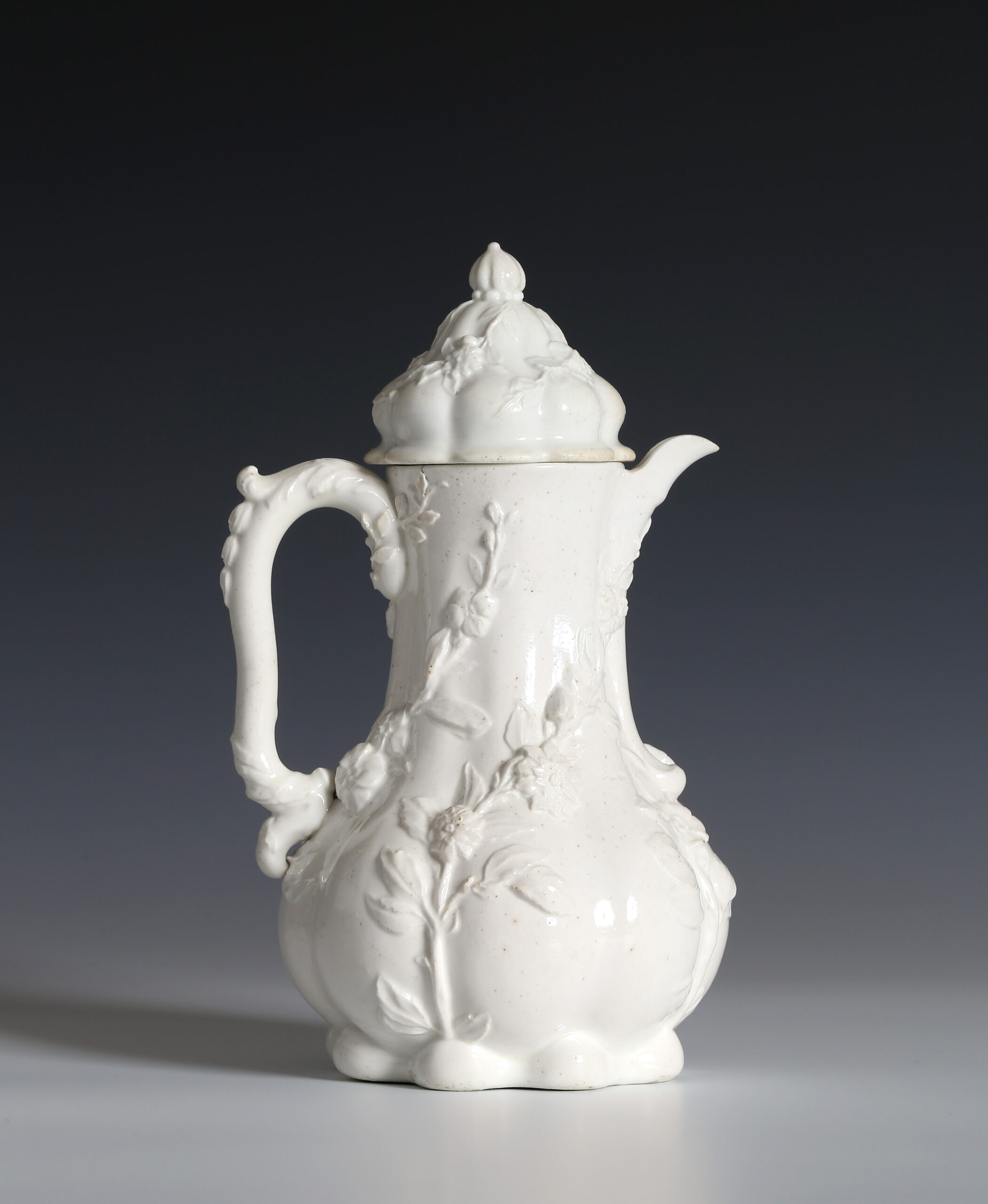 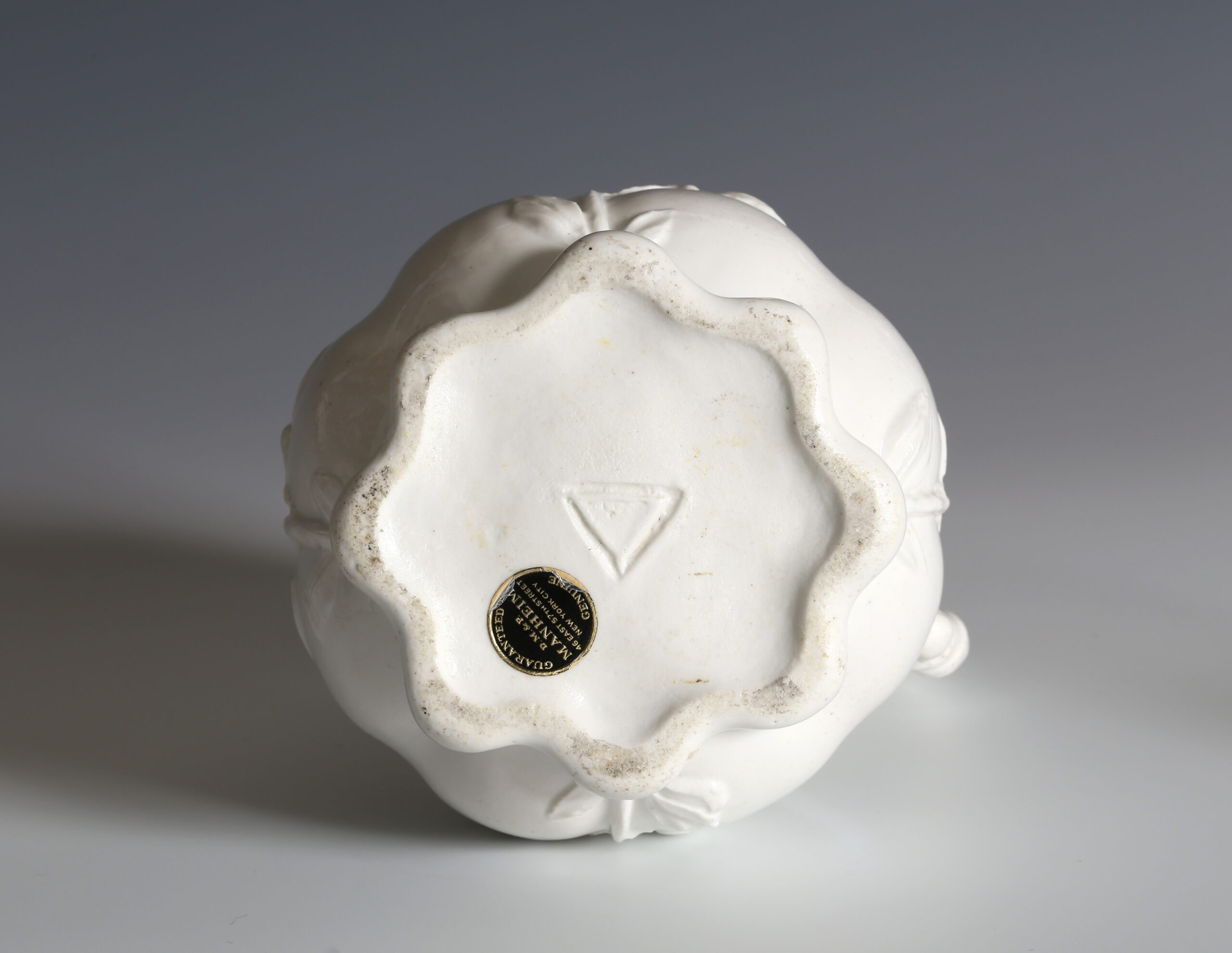 A CHELSEA TEAPLANT COFFEE POT AND A COVER

This brilliant and original design was conceived by the great Liegoise silversmith and founder of the Chelsea factory, Nicholas Sprimont. The debt to repoussé silver is evident in the carefully raised tea plant stems that spiral around the lobed body and, as Sally Kevill-Davies has pointed out, echoes the design on a pair of marked silver tea cannisters and a matching sugar box in the MFA Boston (Katz collection, 1988.1076a-b). The design of the tea plant perhaps ultimately derives from an engraving by Wenceslaus Hollar published in Johannes Nieuhof’s ‘An Embassy from the East-India Company of the United Provinces, to the Grand Tartar Cham Emperor of China’, (London: 1669, Kircher p. 87), (see British Museum no. 1855, 0512.300).

This coffee pot exists in two main variants, ours has the more elaborate and carefully worked handle. This design also exists in sugar bowls, beakers and yet only one saucer.

Frank Tilley (Tilley 1957, p. 96, pl. LIV, no. 162 (3)) notes that part of a glazed and enamelled coffee pot of this pattern was found in the first excavations on the Chelsea site in 1847 and illustrates an unglazed ‘biscuit’ lid with the Tea Plant pattern which was found in three kilns discovered during excavations in 1906.

Provenance:
M. & P. Manheim, New York label to the base

Condition:
Condition: tiny chip to tip of spout, chip to finial restored. The lid and body are matched yet work well together.