A DERBY ‘DRY EDGE’ FIGURE OF SIGHT FROM THE EUROPEAN SENSES 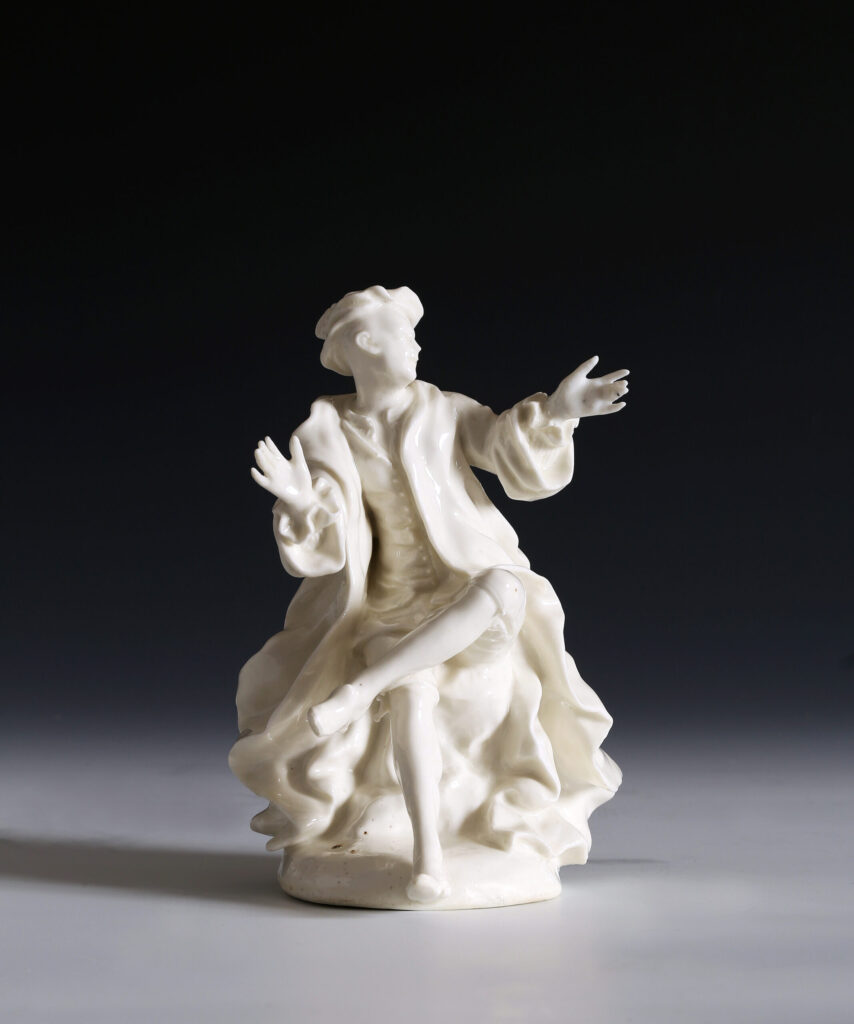 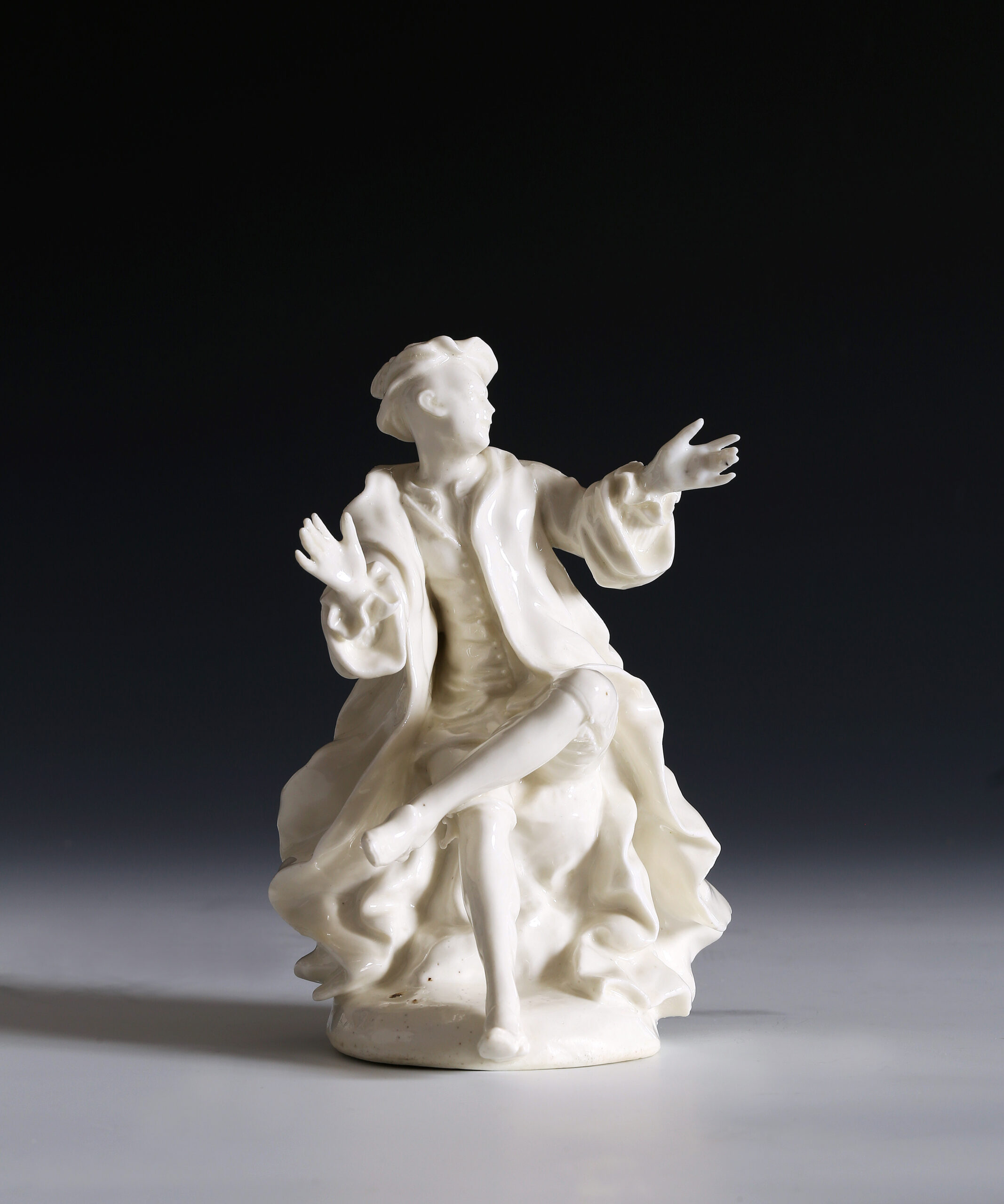 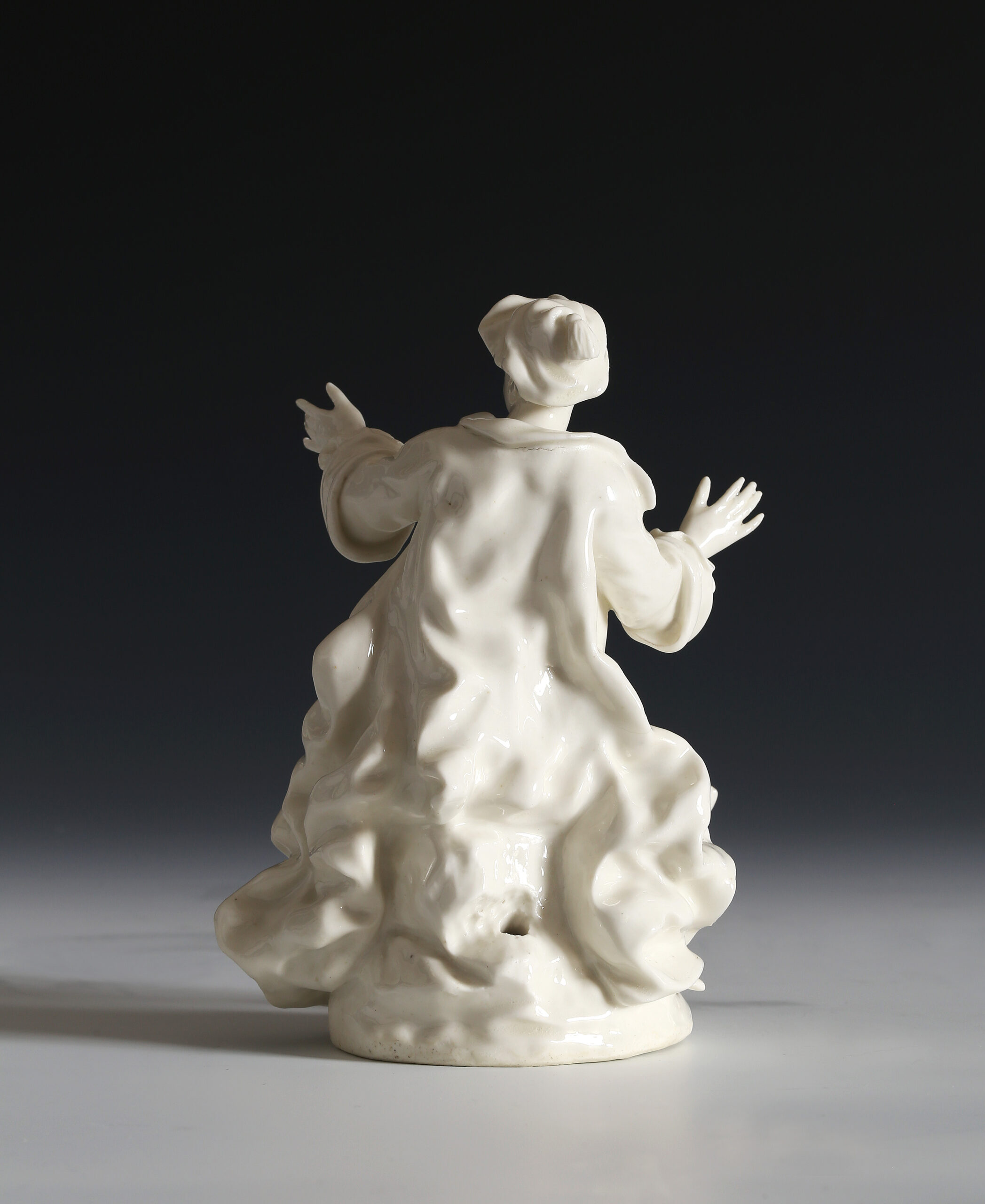 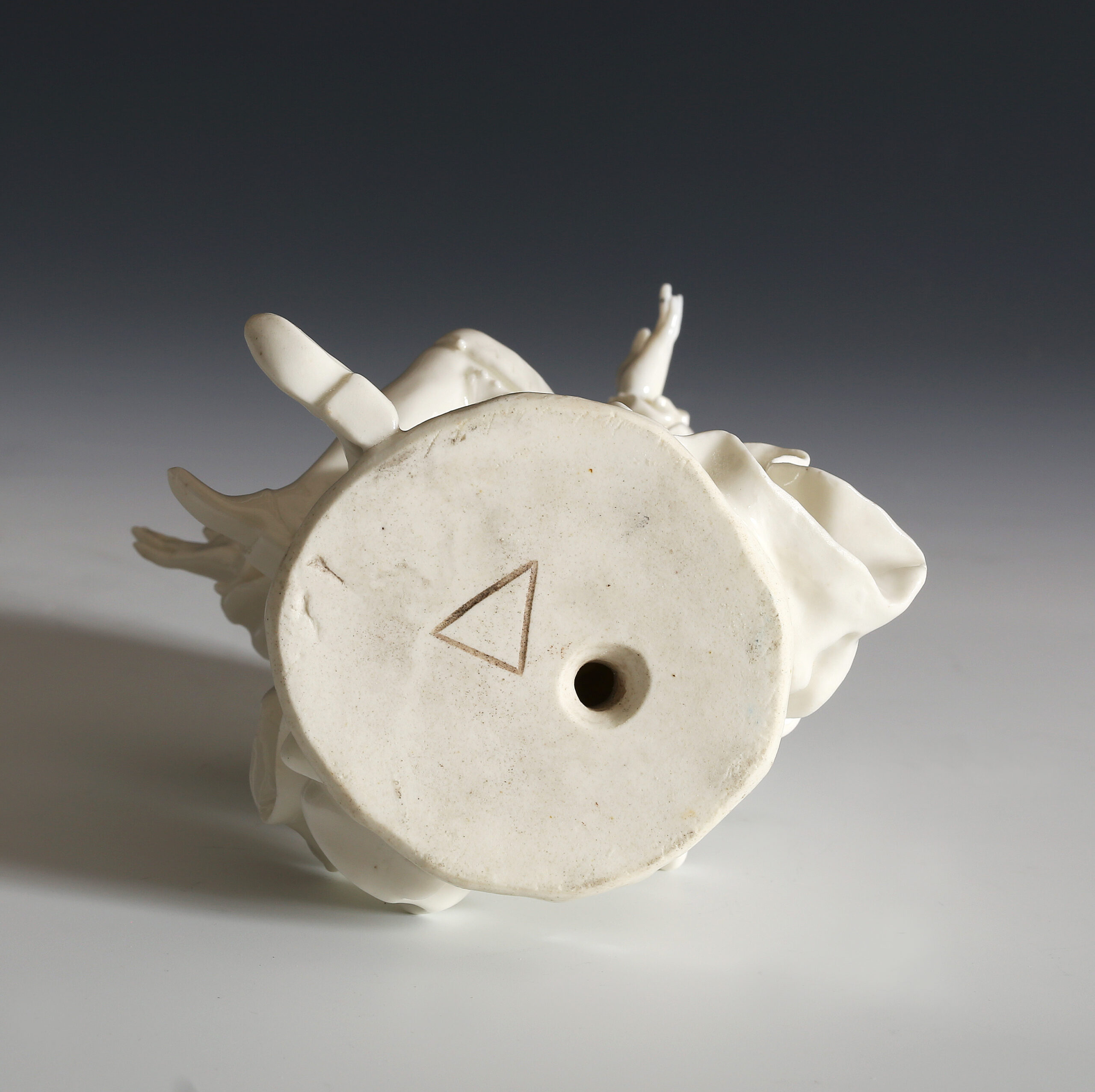 A DERBY ‘DRY EDGE’ FIGURE OF SIGHT FROM THE EUROPEAN SENSES

After a Model by Agostino Carlini R.A.

‘Sight’ as a man looking alertly to his left and wearing a long coat.

The identity of the sculptor of these and other masterly early Derby figures has been identified by J.V.G.  Mallet in his paper, ‘Agostino Carlini and Dry-Edge Derby’, British Ceramic design, 1600-2002, The English Ceramic Circle, 2002

This is from a series of four figures of the European senses. The fifth sense, ‘Hearing’, was apparently not produced or has not been identified although Peter Bradshaw suggests that a smaller figure may have been adapted from it (Bradshaw 1981, p. 30, 31 & 48, B34).

A triangle has been incised to the underside of the base in the 20th century at a time when early Derby figures were thought to be Chelsea.

For the complete set of four figures see: F. Brayshaw Gilhespy, Derby Porcelain,
(London 1961) which includes the only example of ‘Sight’ with mirror (if it is original).
For the same set see Sotheby’s, 9 November 1976