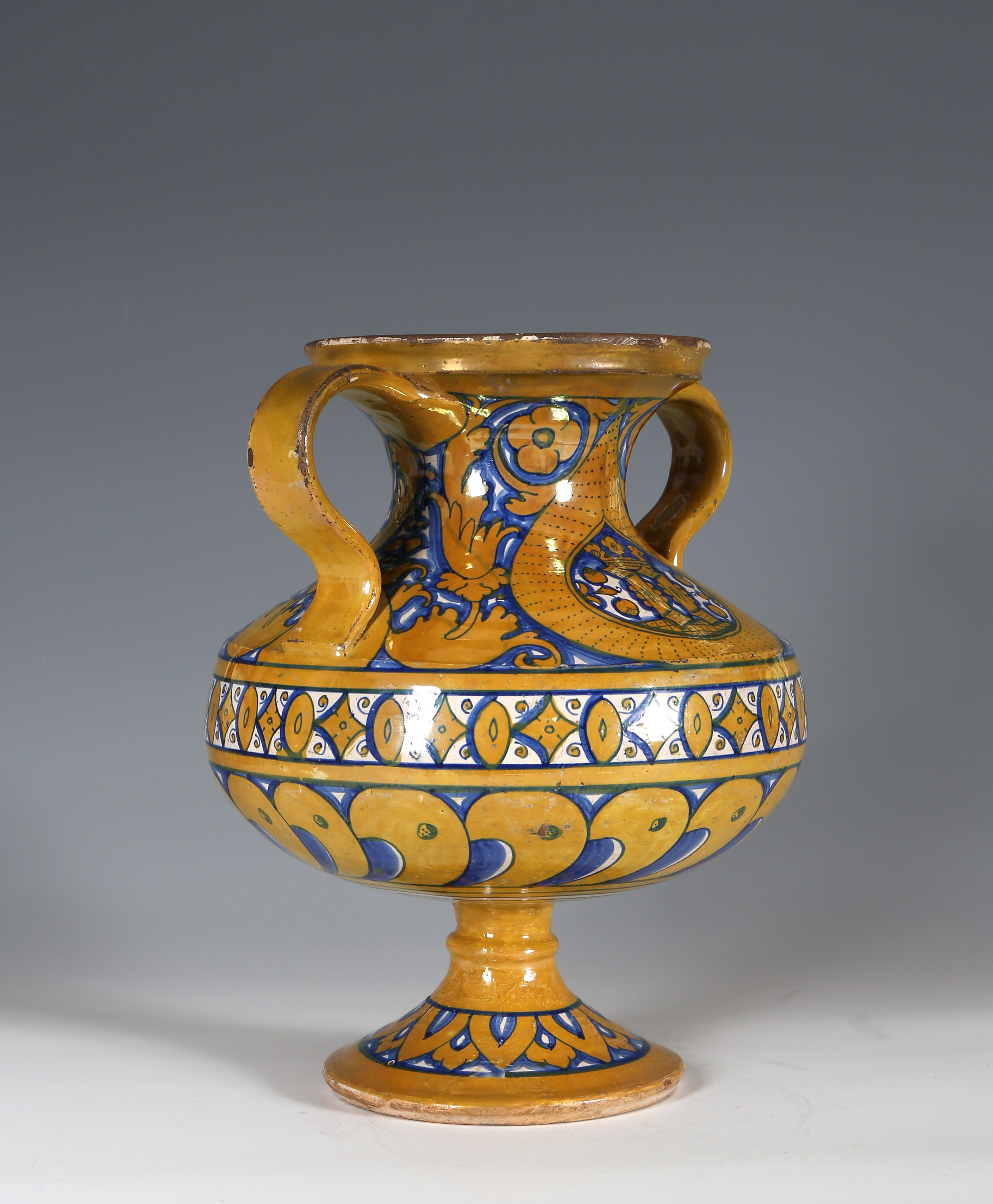 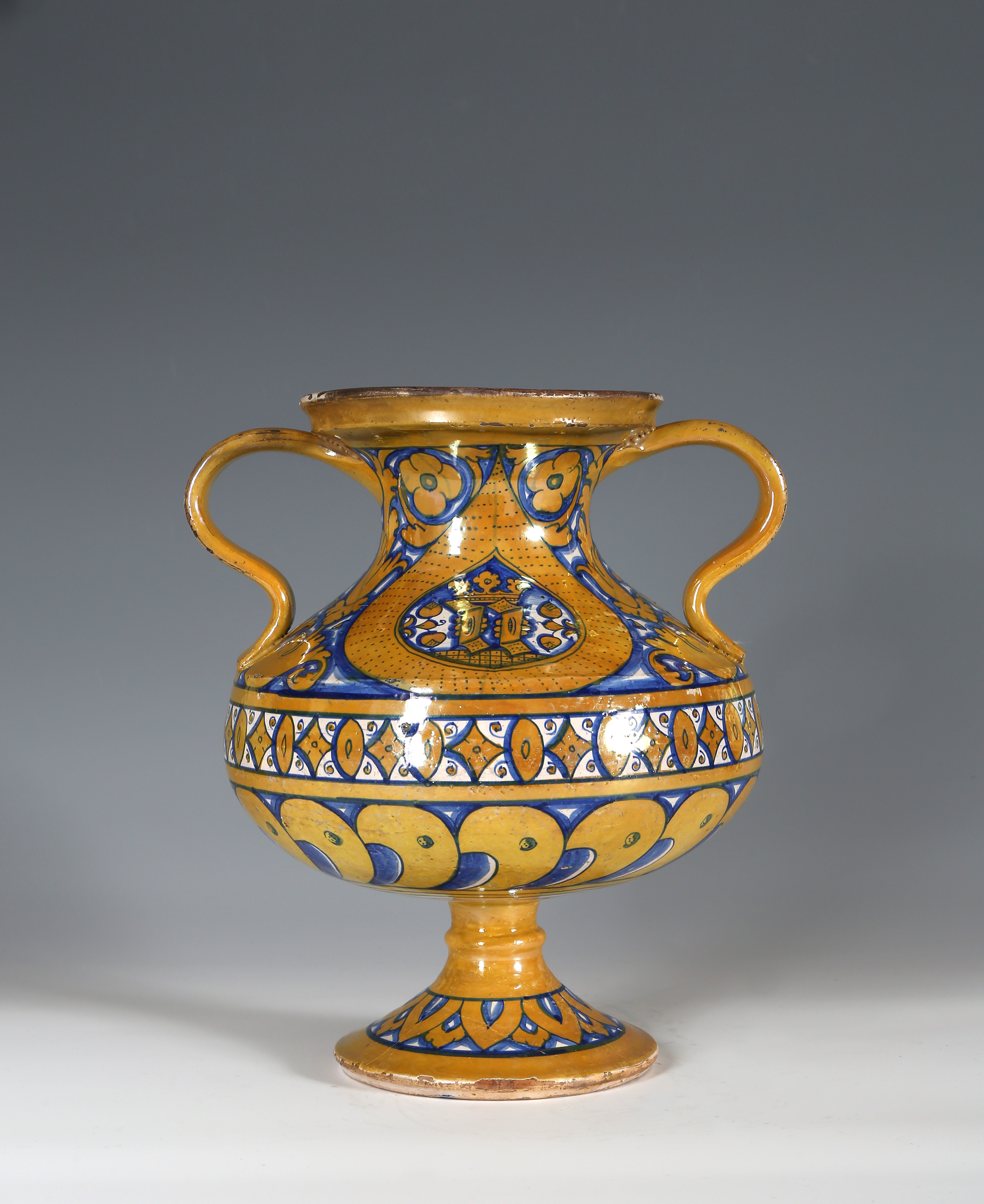 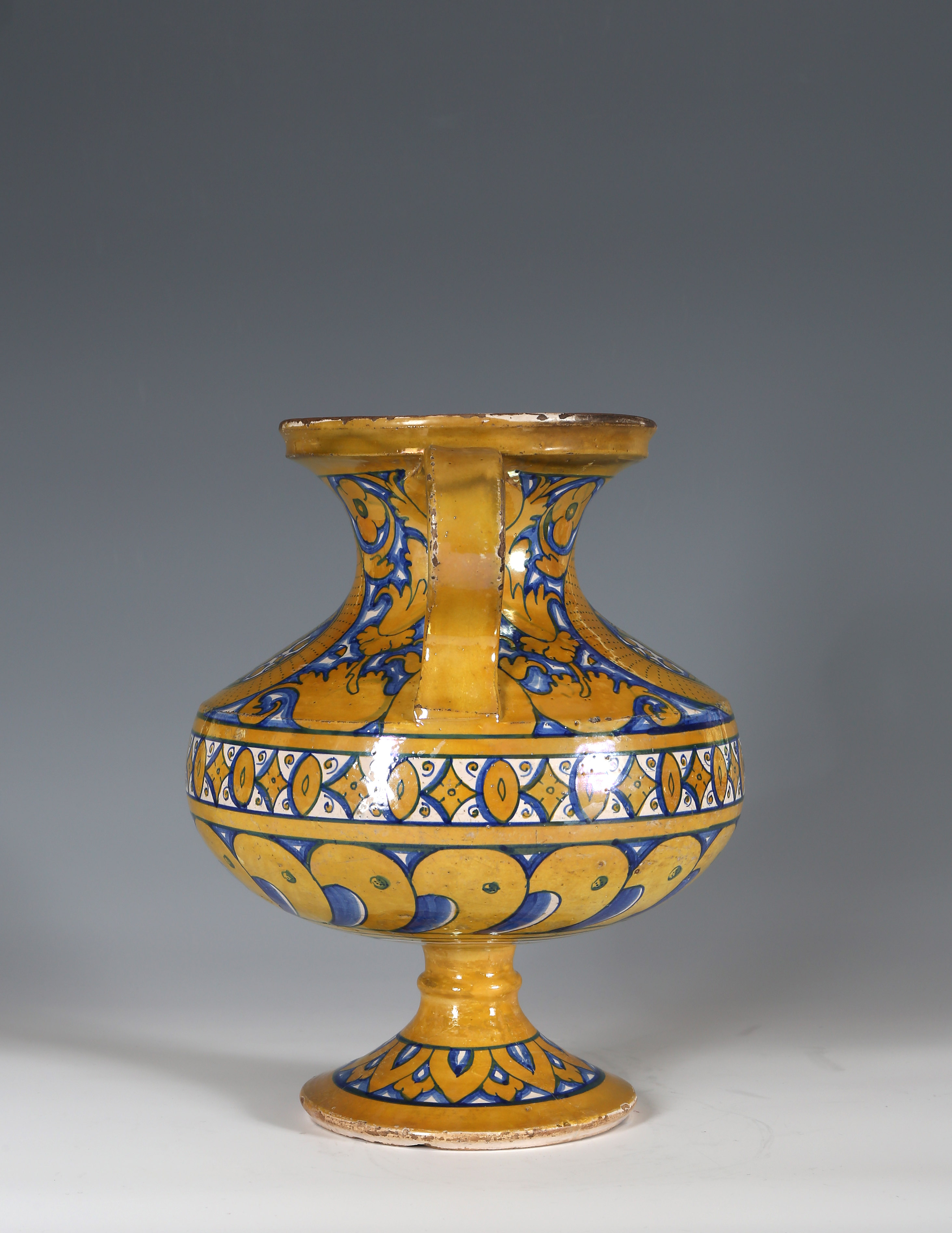 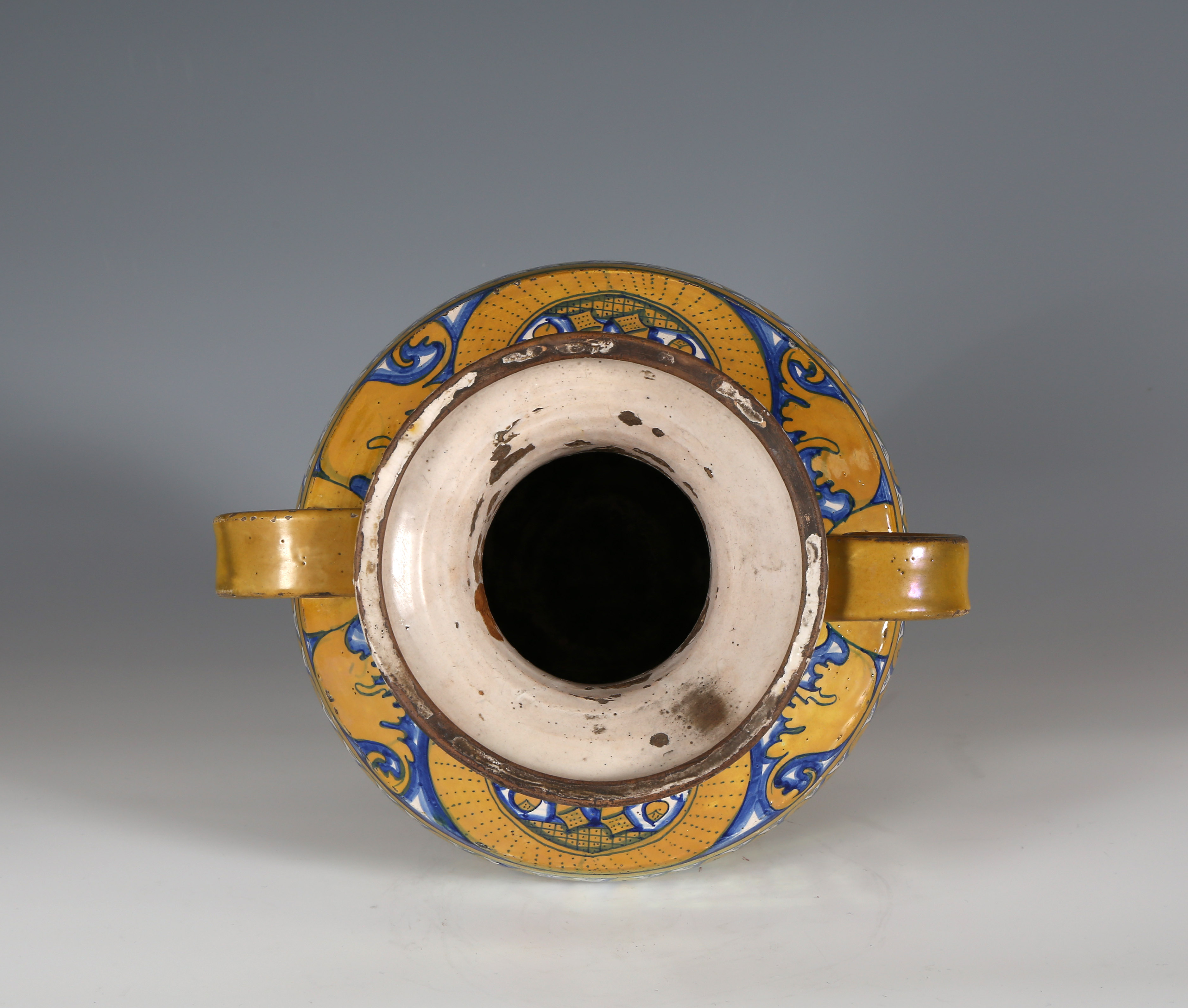 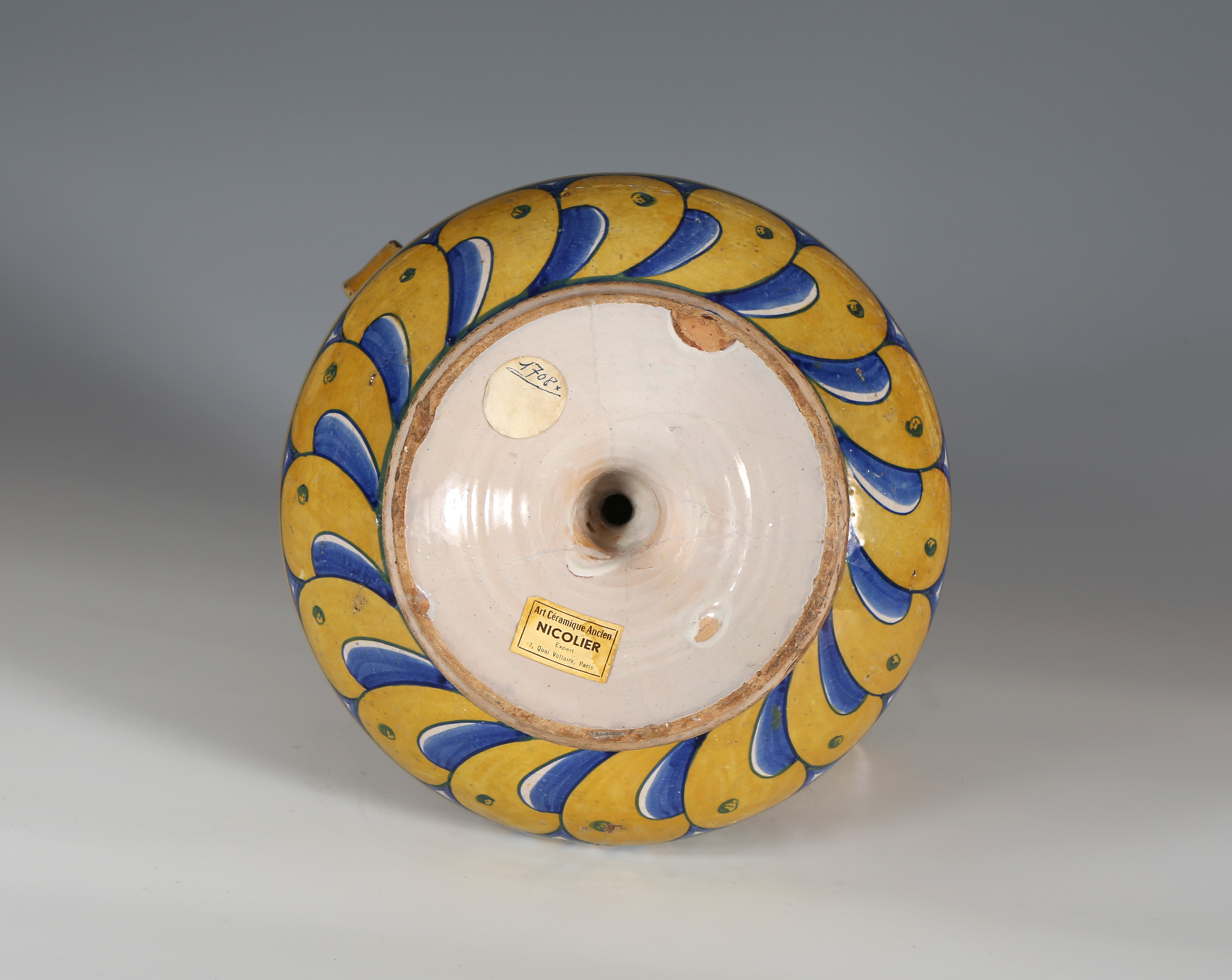 Decorated in a golden lustre and blue with a gothic ‘N’ monogram under a crown.

This is a common form at Deruta throughout the first half of the 16th century but no dated examples are recorded. Our vase is larger than many of this form and with a particularly successful lustre.

Julia Poole illustrates an example in the Fitzwilliam Museum, Cambridge, with a crowned AN monogram and notes that De Mauri, writing in 1924,  says that they were made for use at banquets and wedding feasts and were known as gamelii or nuziali.

In his recent catalogue of a private collection, Timothy Wilson includes the slightly smaller pair of very similar vases (2018, p. 112, no. 44). Wilson describes them as vases rather than jars as he considers it unlikely that they were used for storage as the flange around the neck is not well adapted for a cord to tie a seal around it. He notes that the spiralling gadroons around the base imitate embossed metal.

Condition:
The foot broken into six section and restuck with areas of retouching