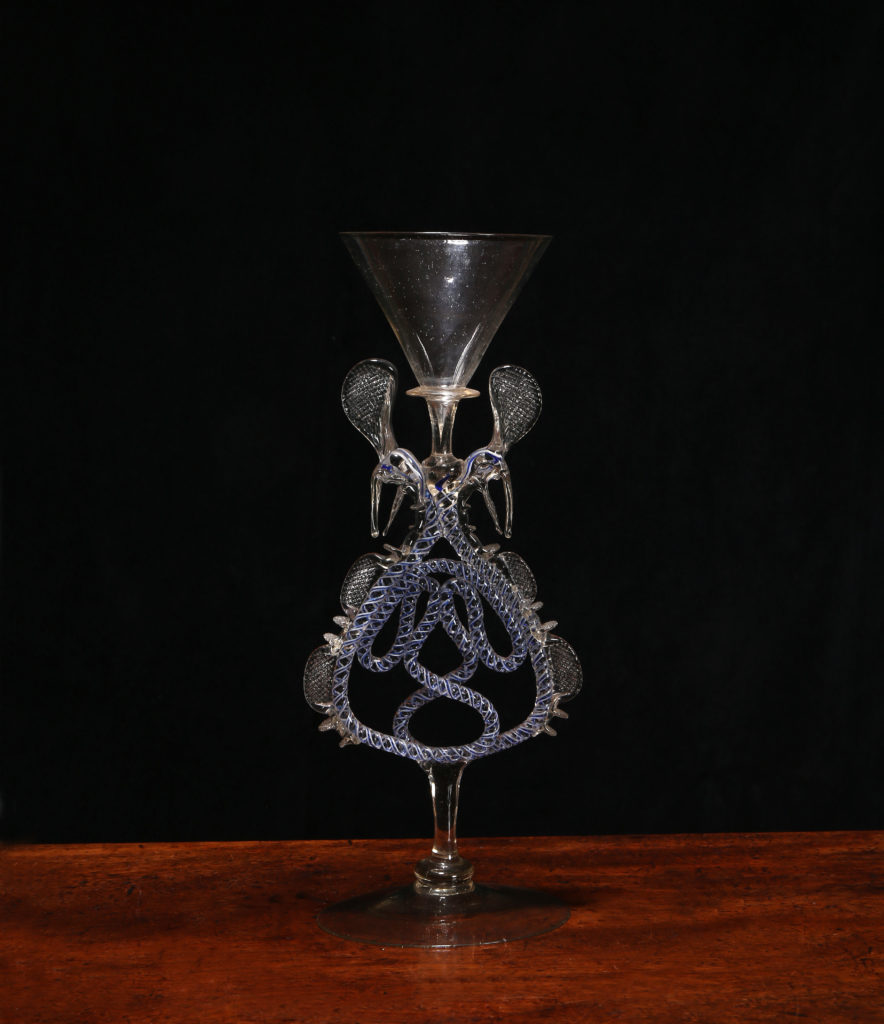 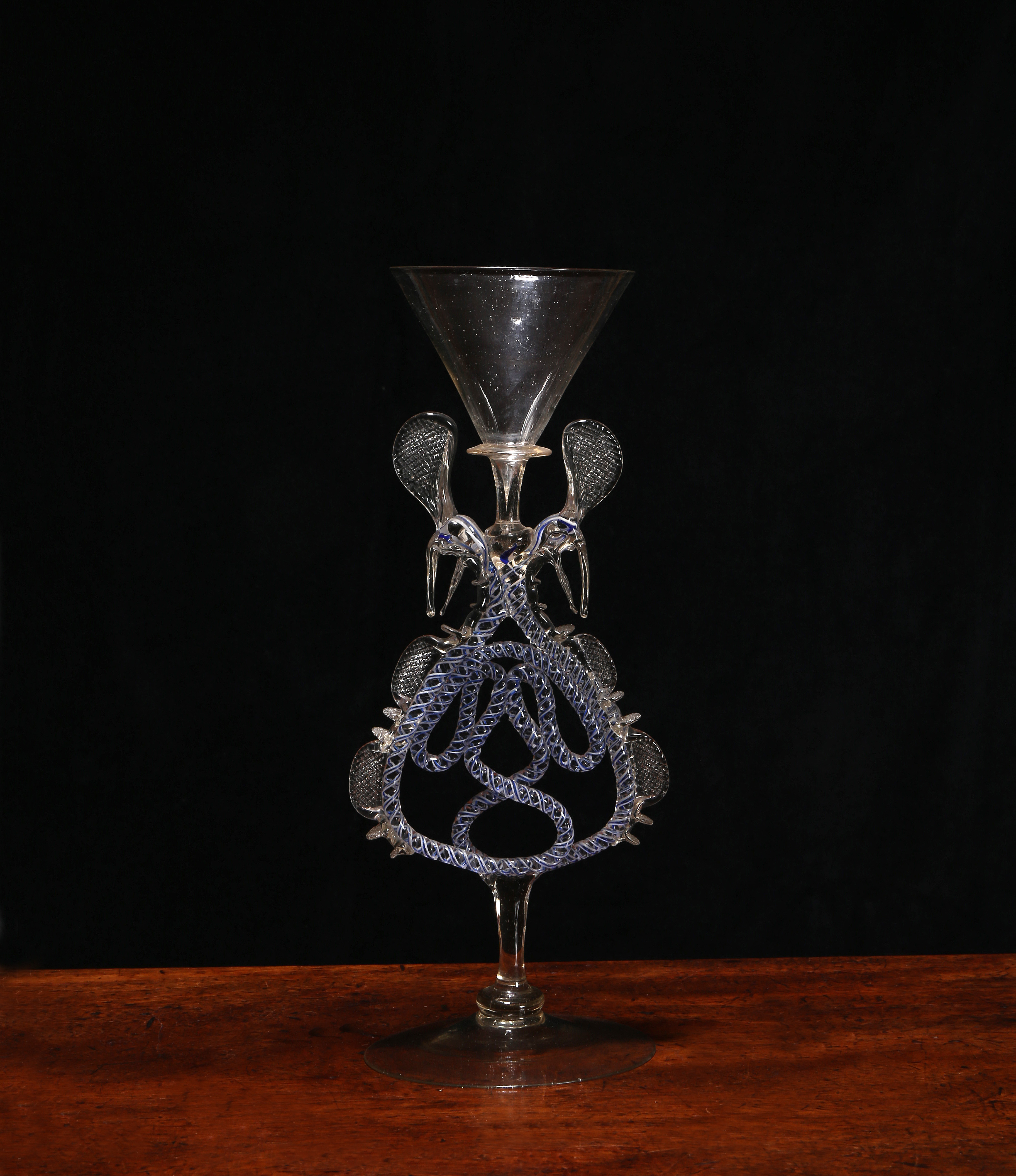 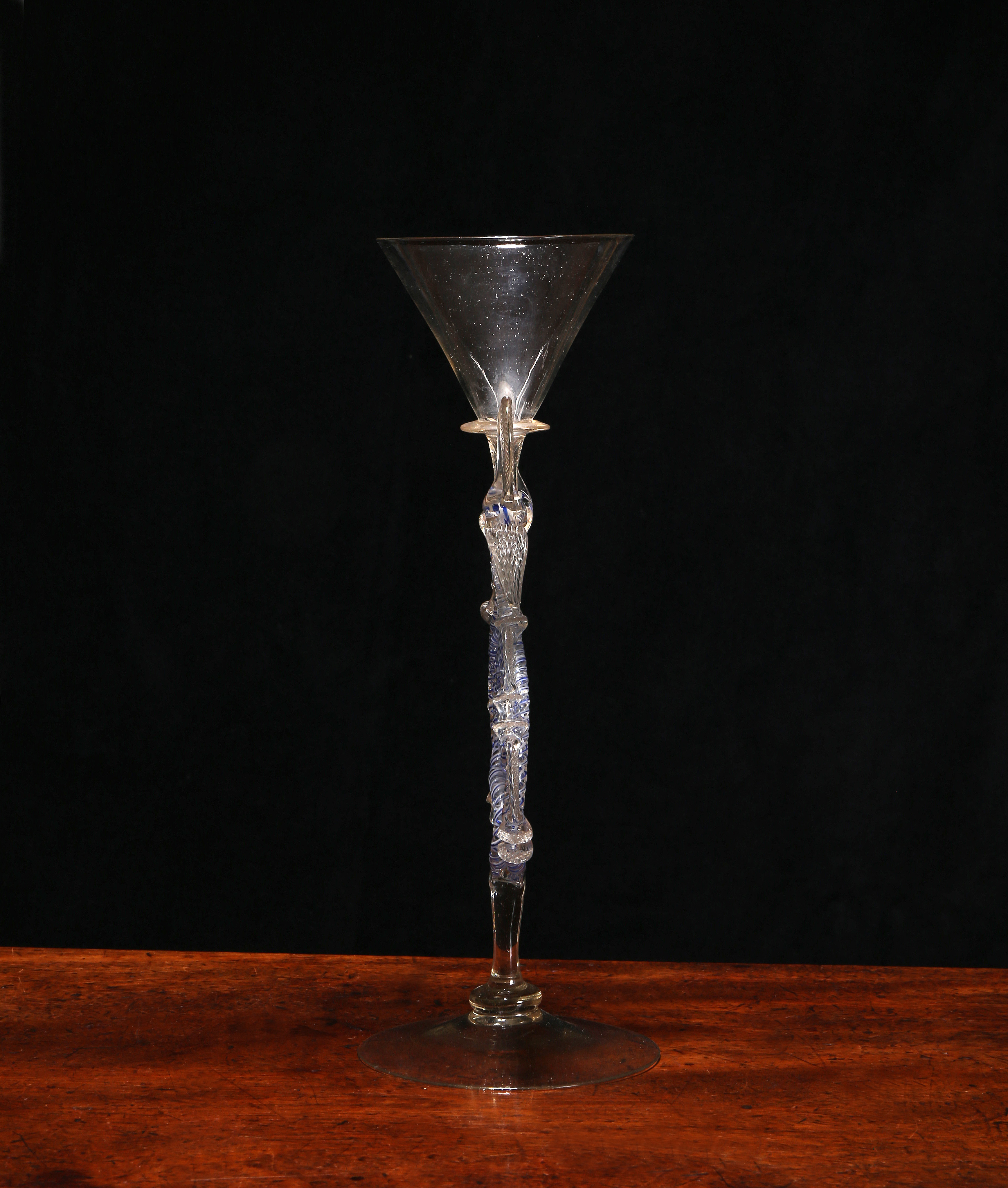 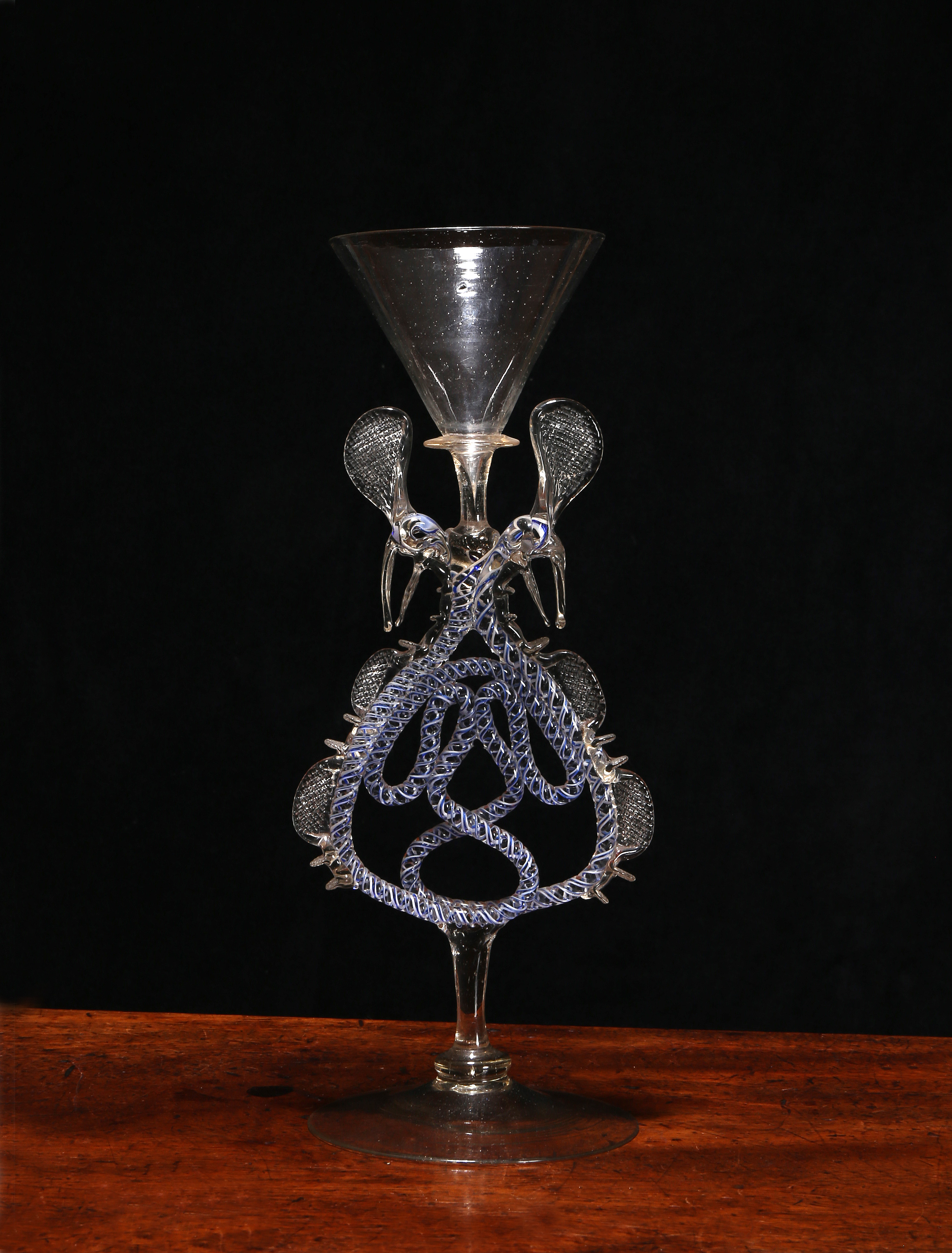 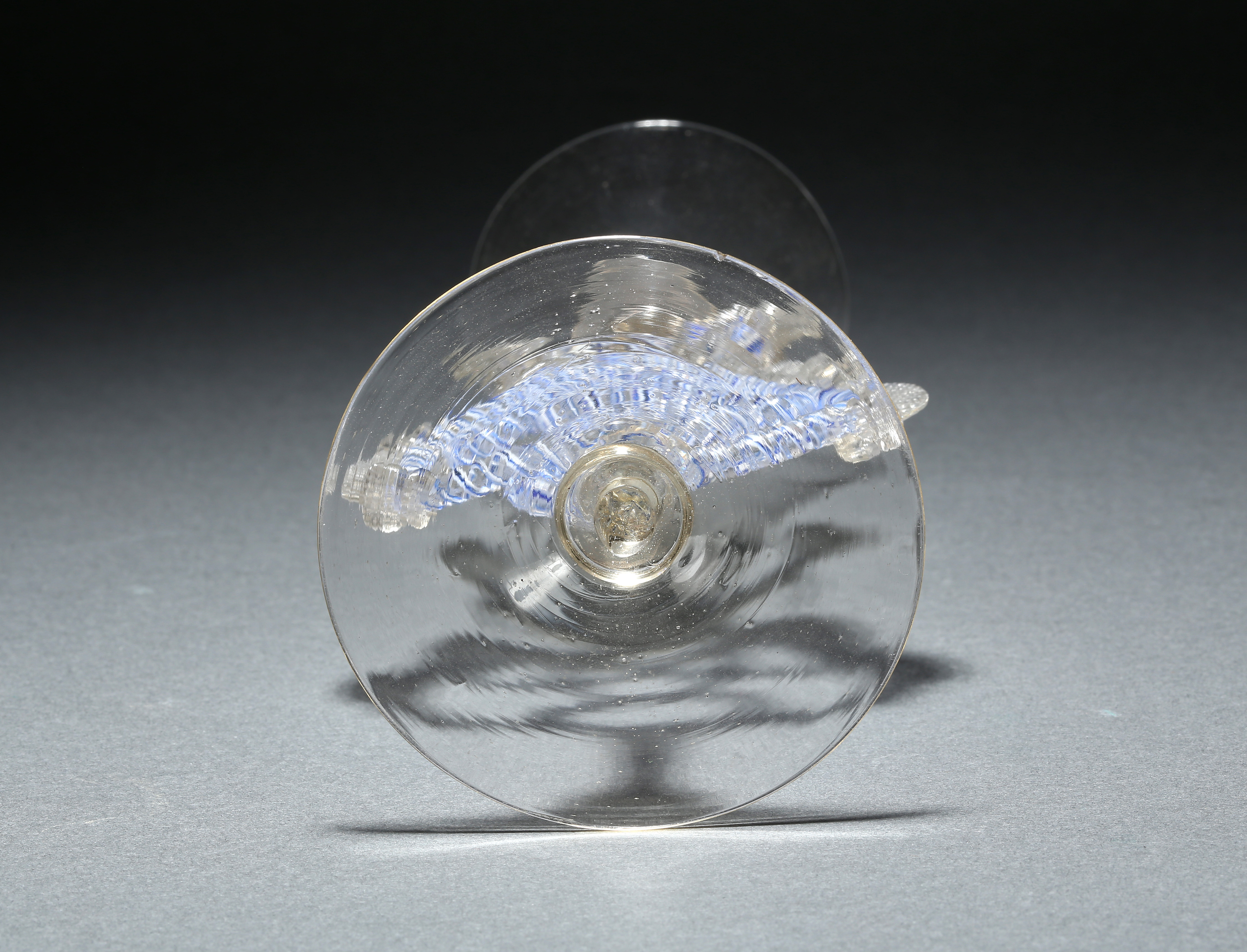 This form was first created in Murano before the end of the 16th century, but despite the threat of severe penalties, Murano craftsmen emigrated across Europe taking with them the secrets of Venetian glassmaking. This type of serpent glass made in the 17th century is thought to have been produced in the southern Netherlands or Germany.

One glass bearing striking similarity to this one is in a 17th century still life painting once published as by Van Hulsdonk (inv.no GG 437), now thought to be by another Flemish artist of the period.

Sold to the Winterthur Museum,  USA