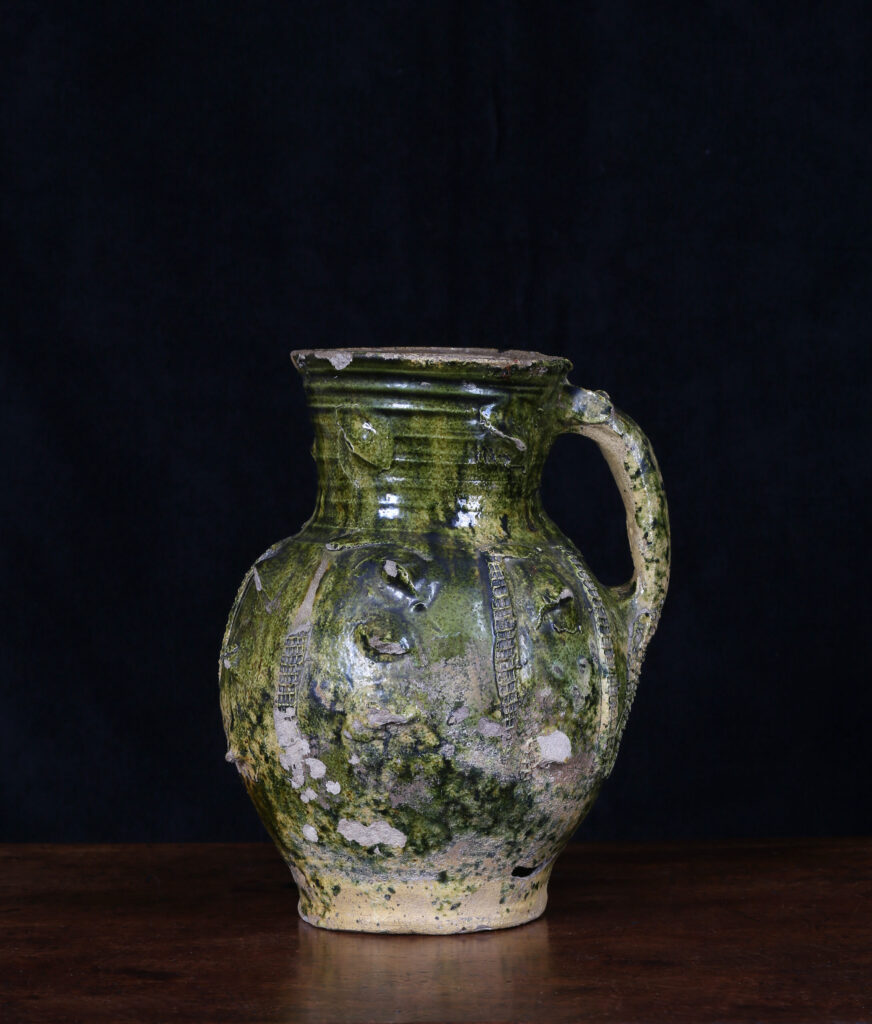 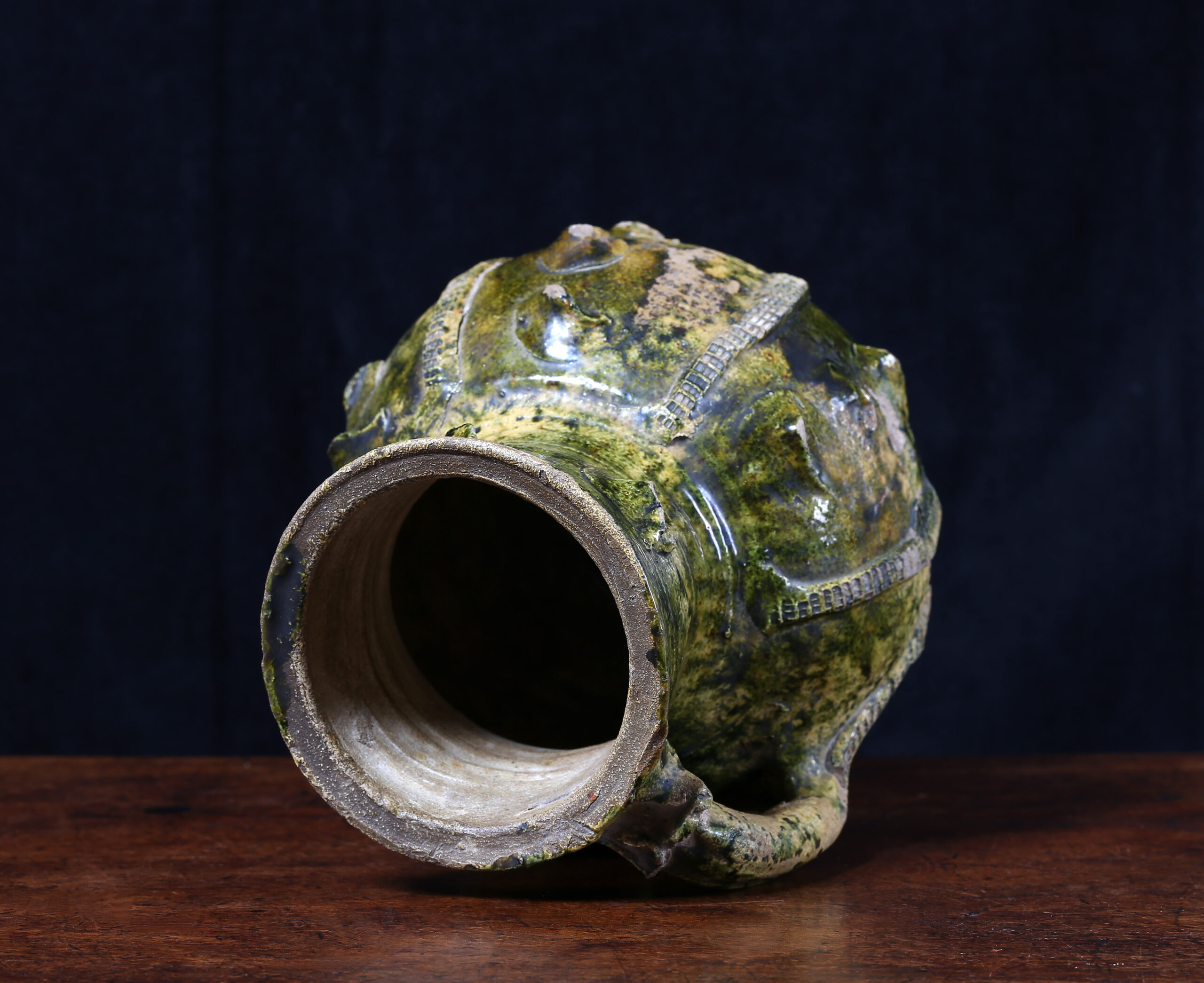 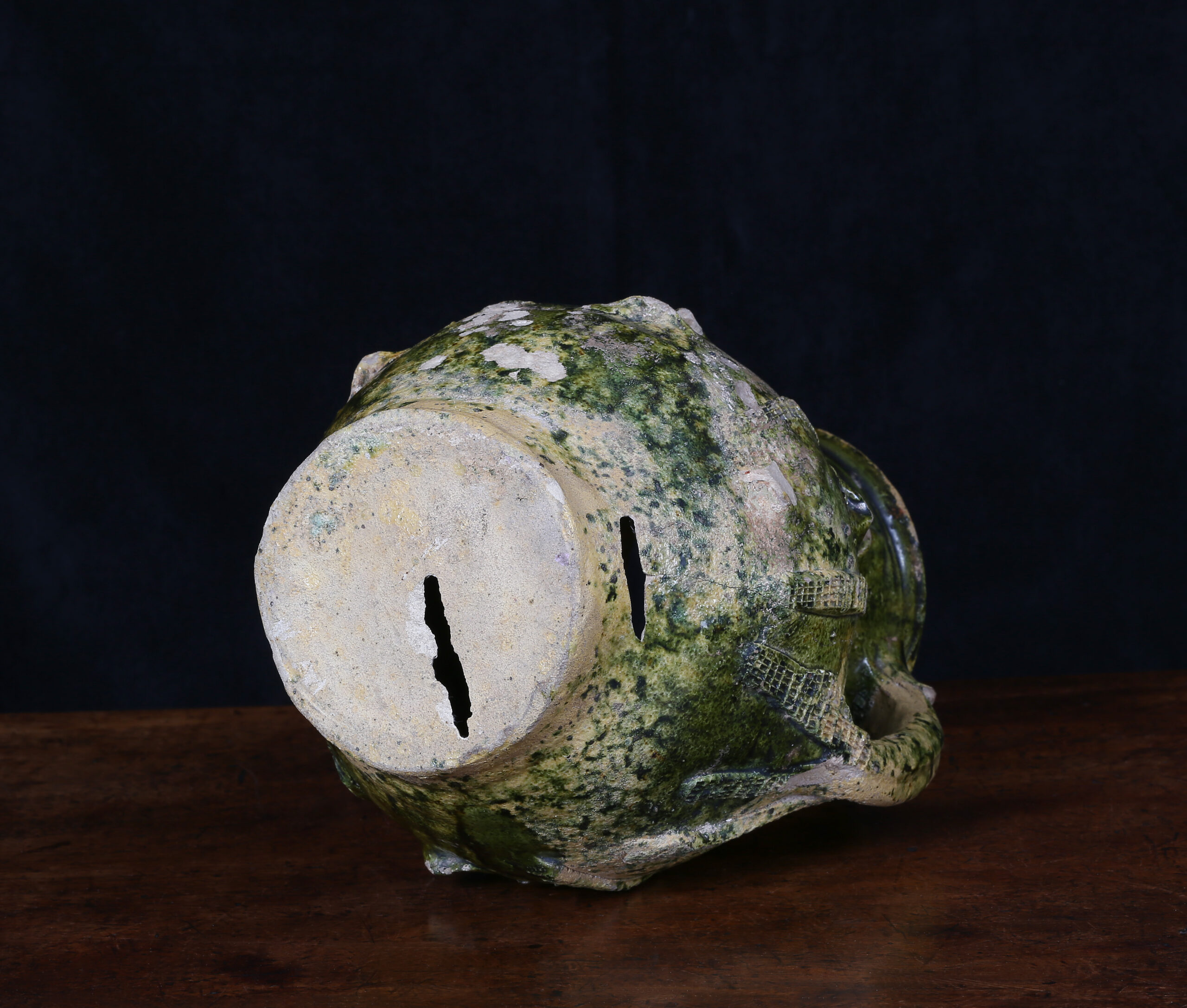 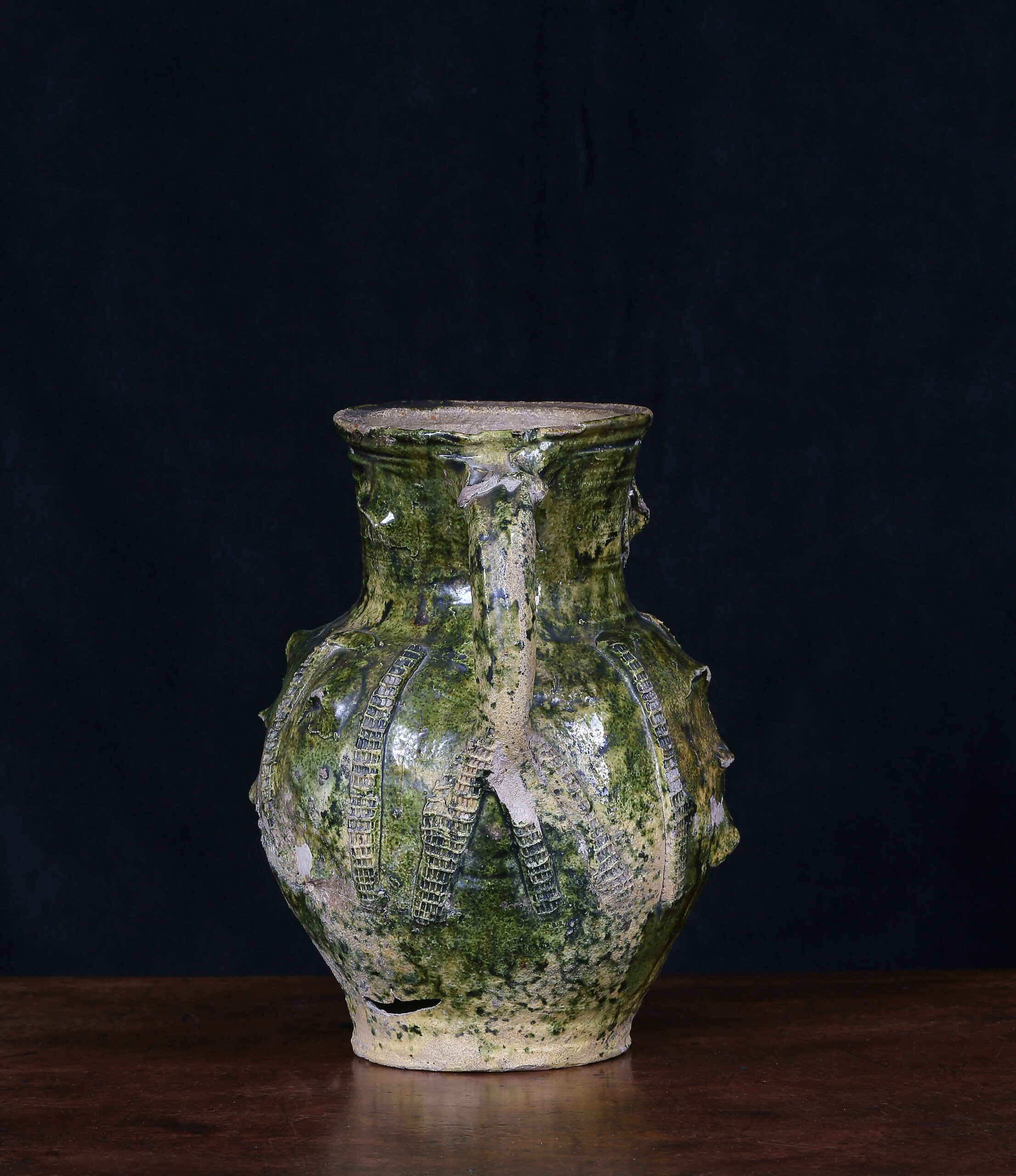 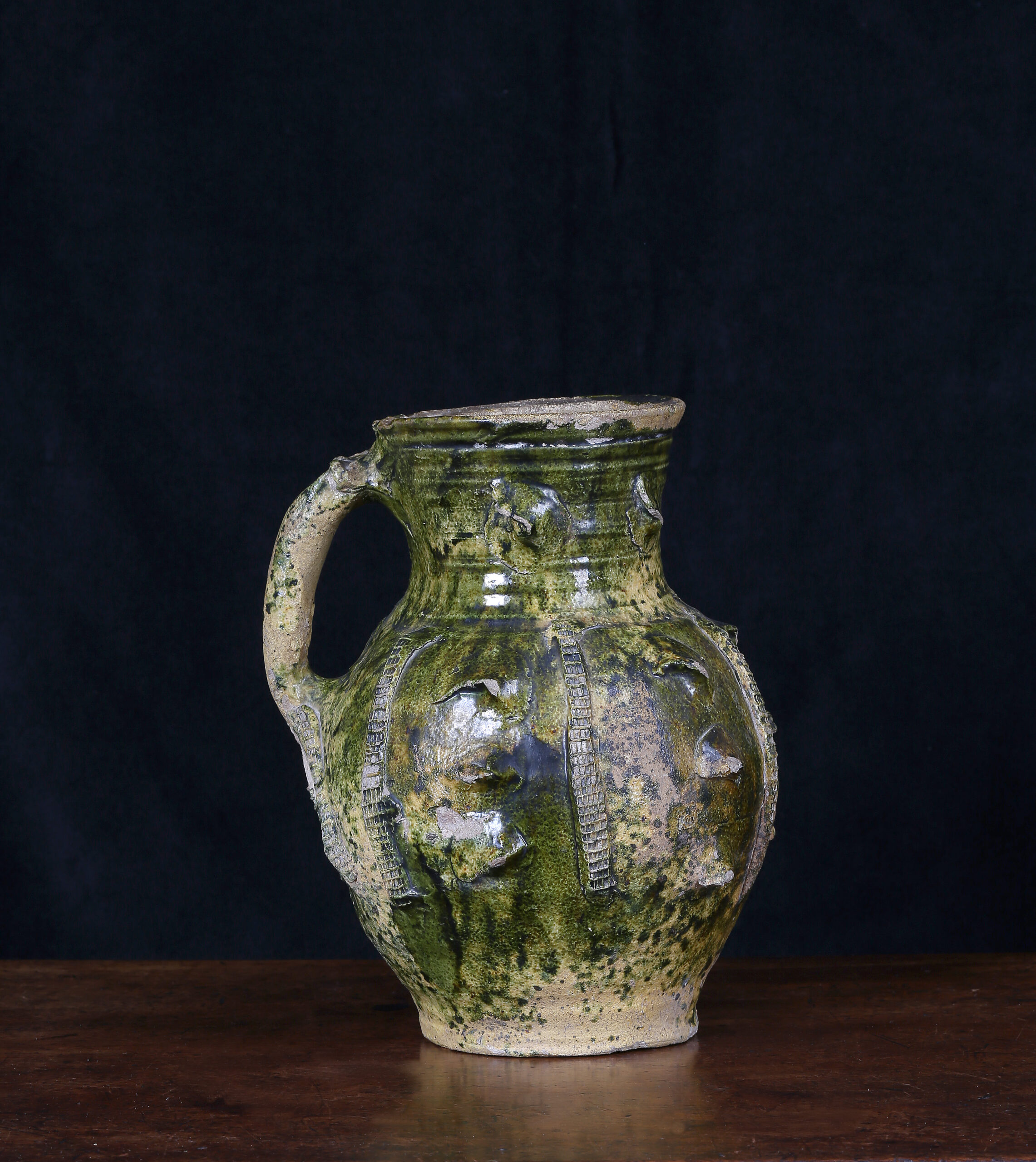 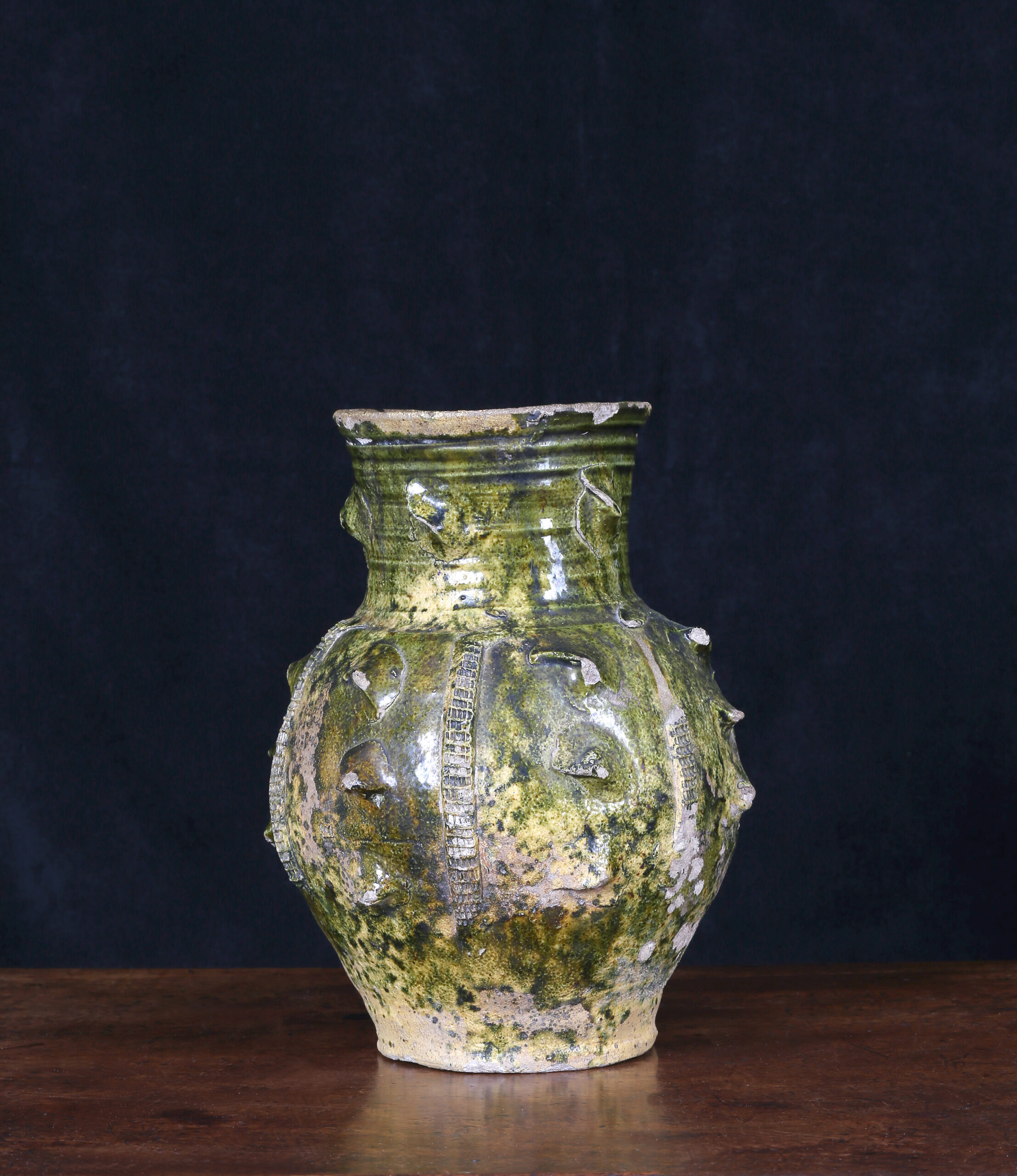 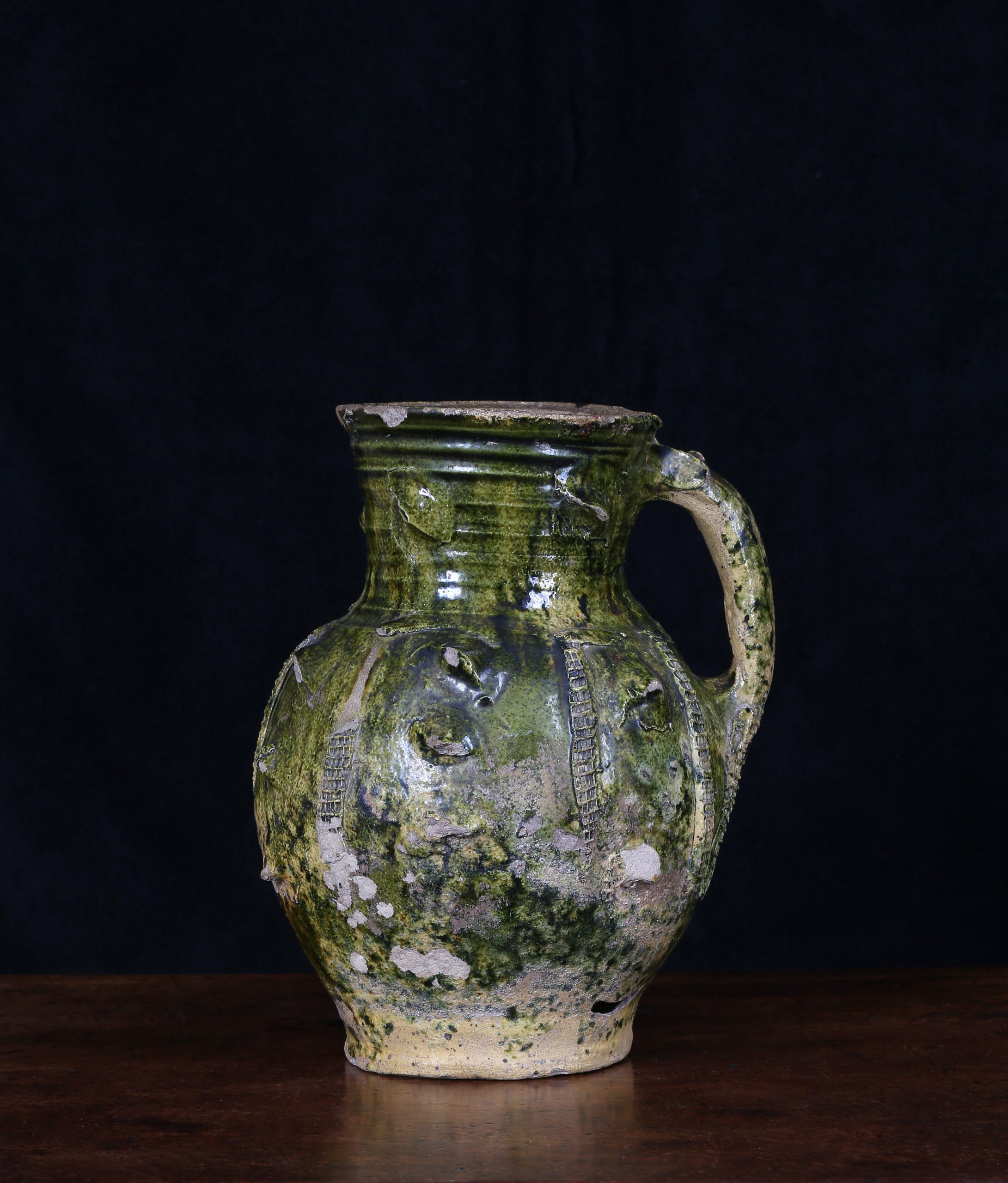 The globular body below a cylindrical neck with slightly everted rim and short handle. The body with rouletted vertical strips divided by roughly applied raised twists.

The lack of degradation of the glaze suggests that this has survived above ground rather than having been excavated.

A number of other closely related examples are recorded in similar states of preservation. A smaller green-glazed jug from the same workshop in the Louvre (OA 9249) is attributed to Paris and is dated to the second half of the 13th century. Another in The Metropolitan Museum, New York (accession no. 52.21.1), is also said to be from Paris and is dated to the late 1200s or early 1300s. A third very similar example was discovered in the foundations of a house in the rue de Pontoise, Paris, in 1861 and is now in the Musée National de Céramique, Sevres (illustrated in Cahiers de la Céramiques et des Arts du Feu no. 53, Henry Pierre Fourest, ‘Potteries Vernissées Françaises – Contemporaines de celles du Beauvaisis’, p. 60, no. 3) which they date to 1250-1330 and tentatively attribute to Beauvais, the consensus is for a Paris attribution.

Condition:
No restoration. Some losses to applied decoration and some flaking to glaze, perhaps frost damage. There are two long thin holes, one in the base and one above the foot.