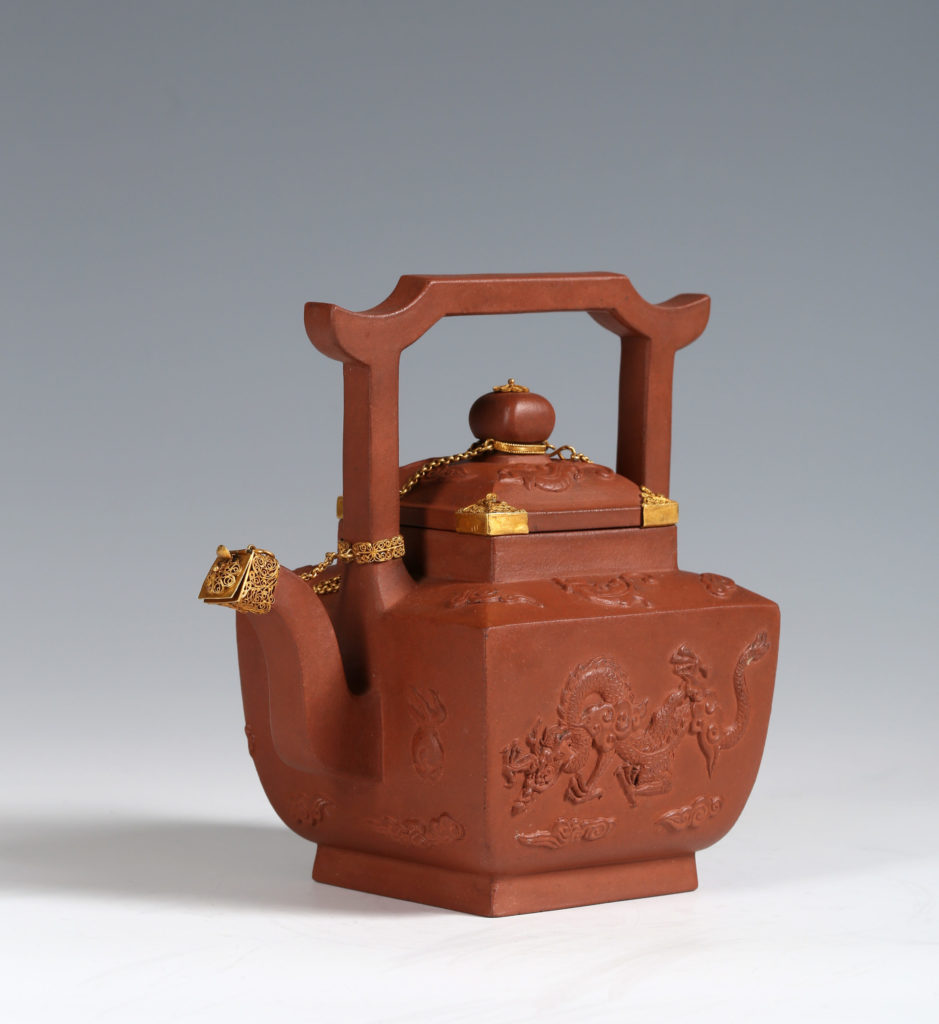 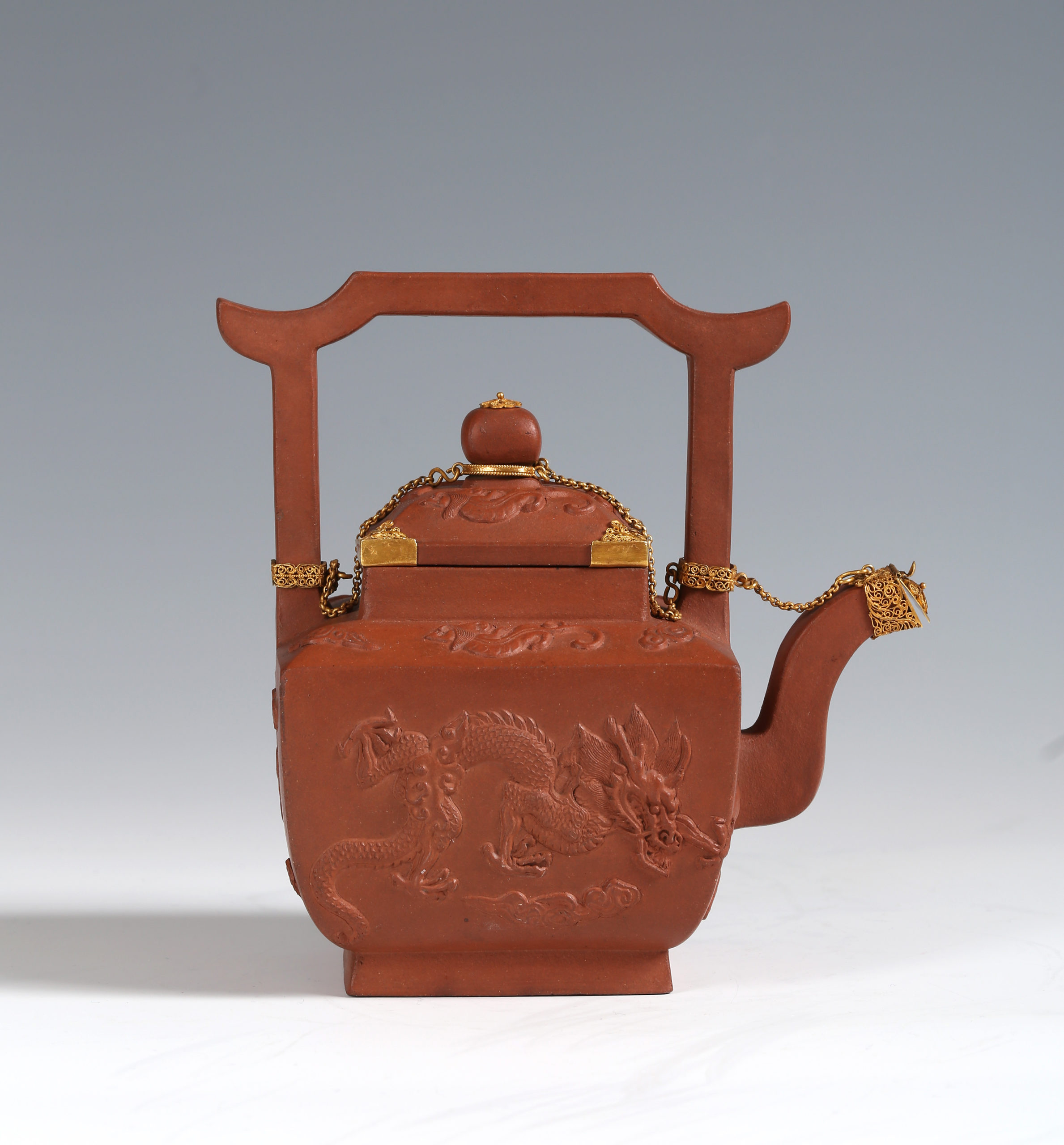 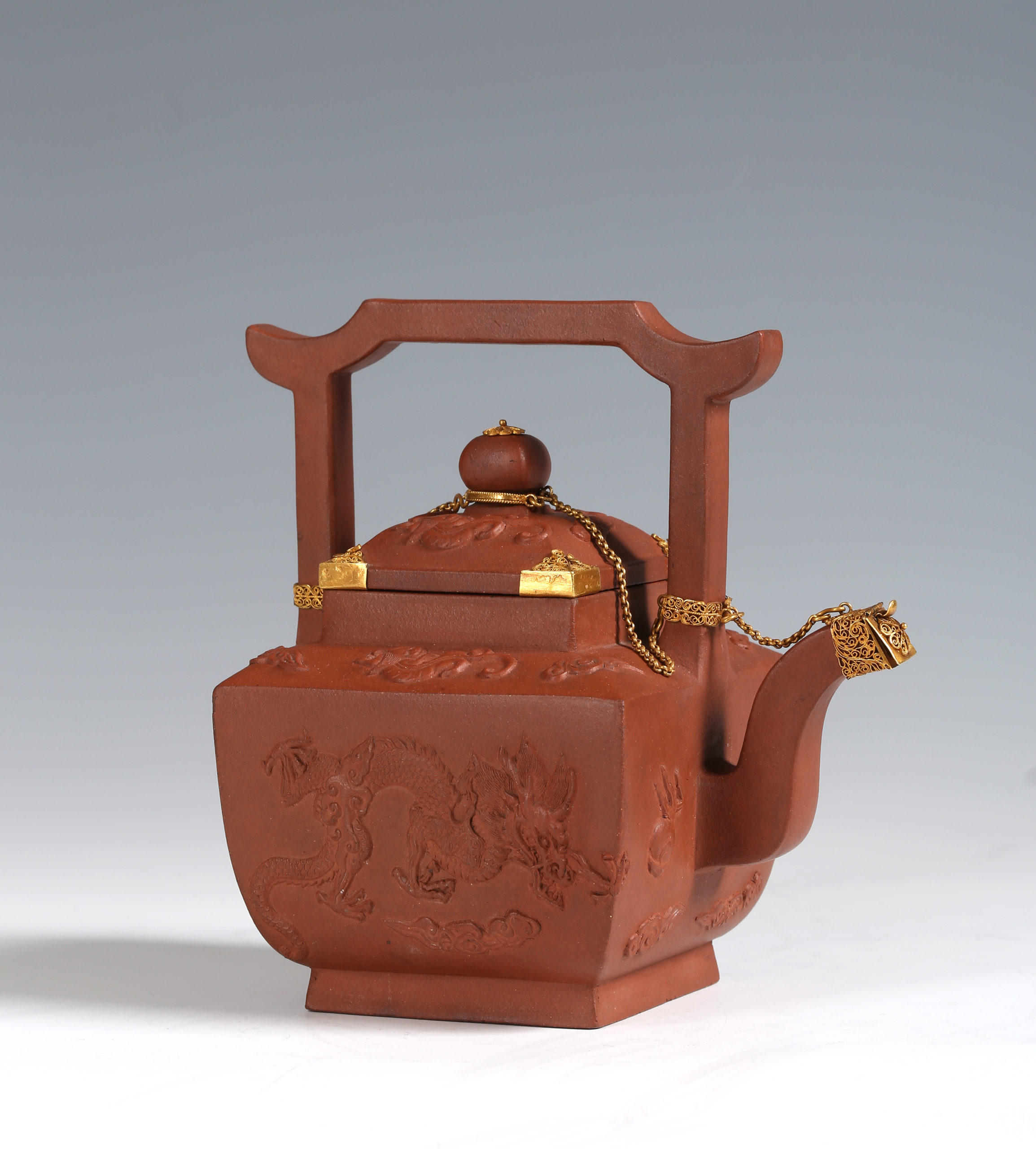 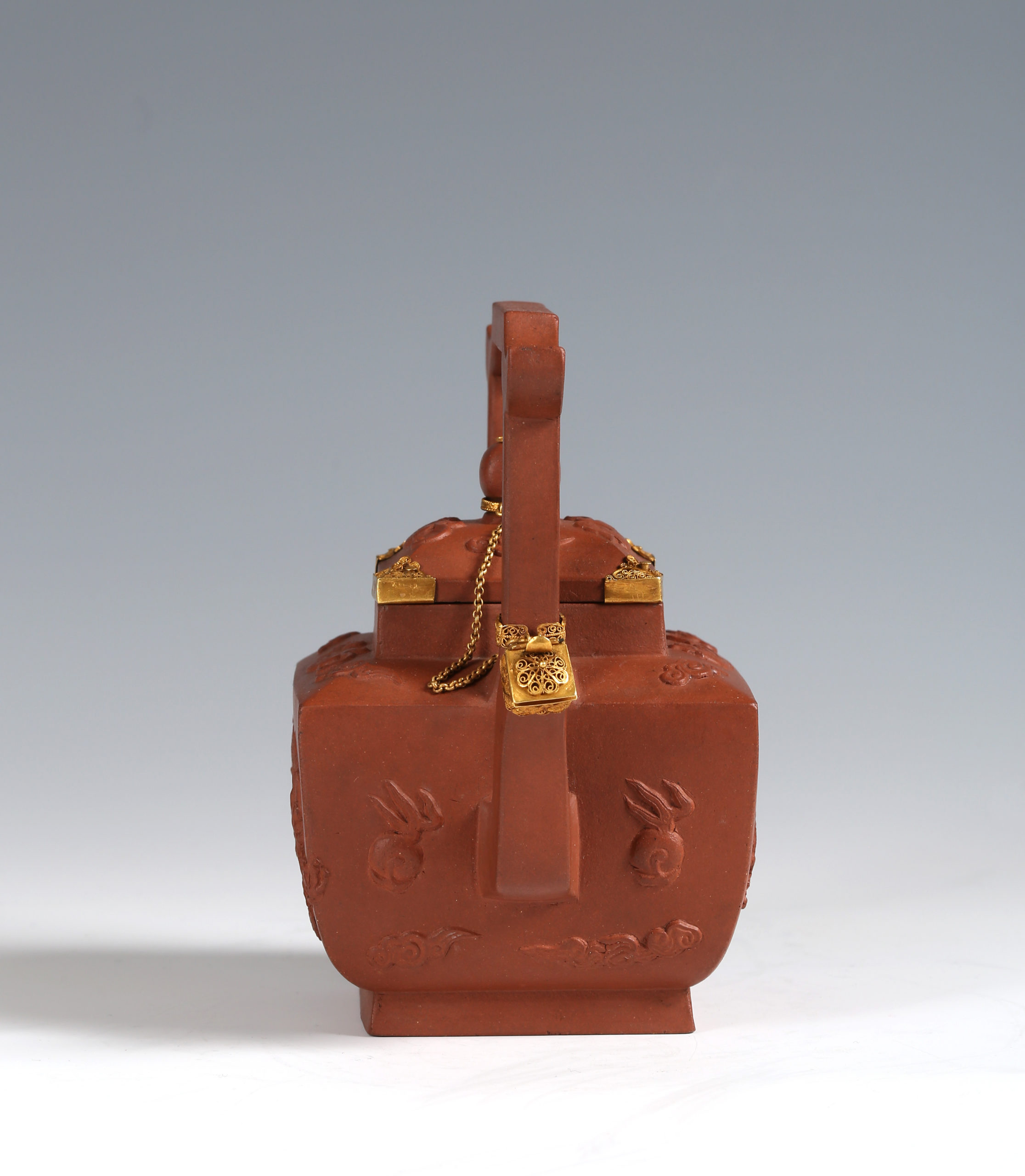 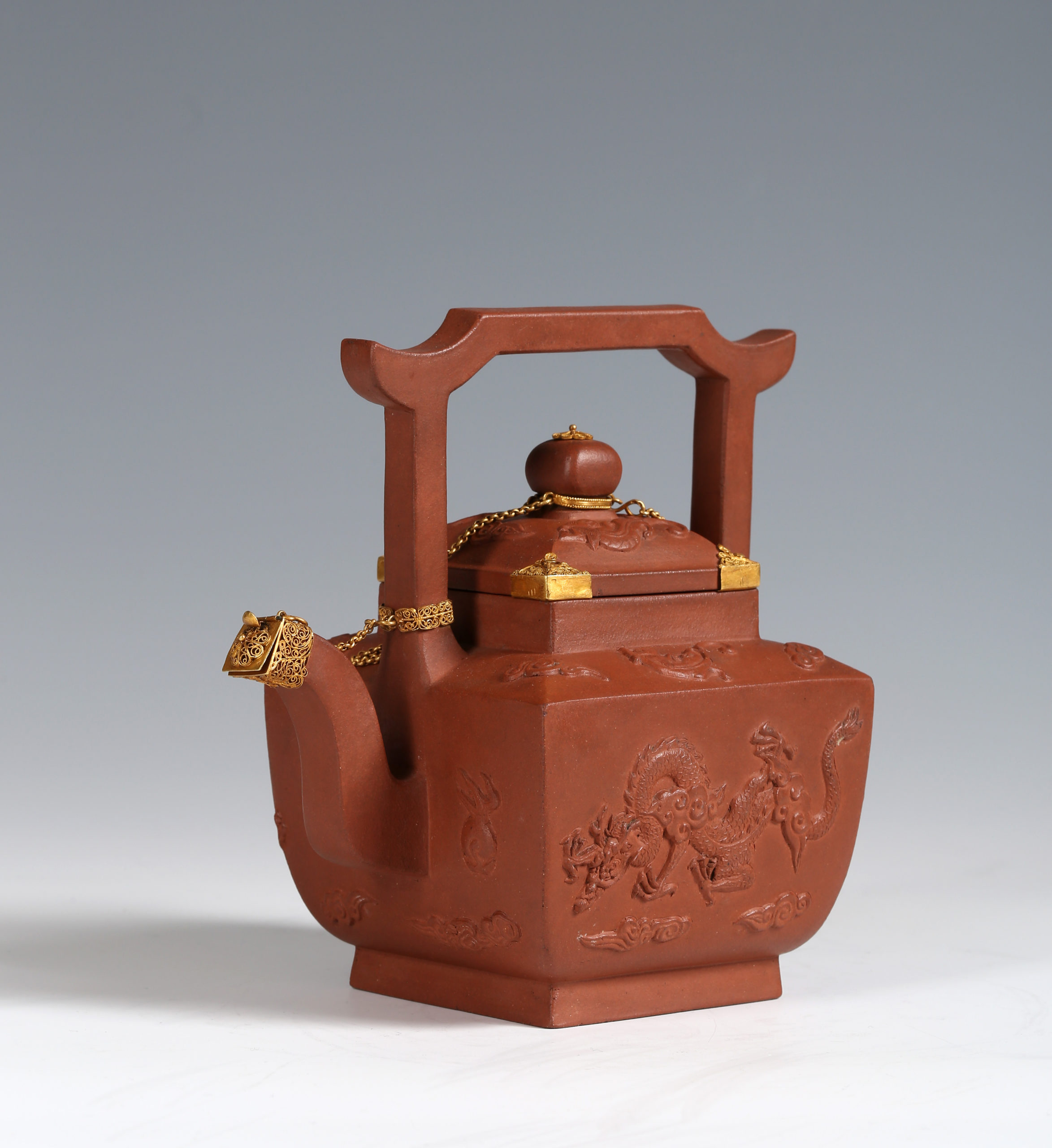 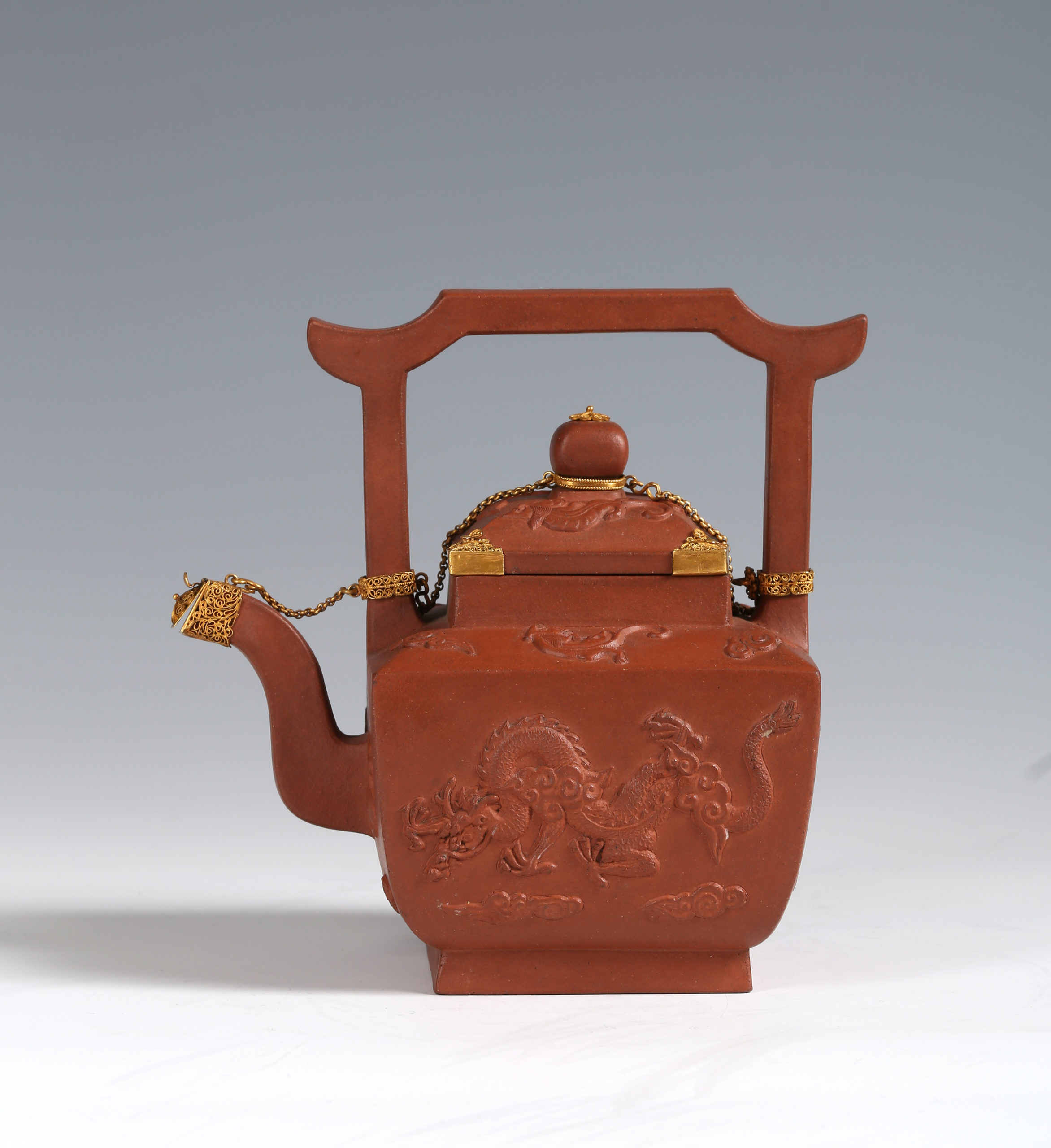 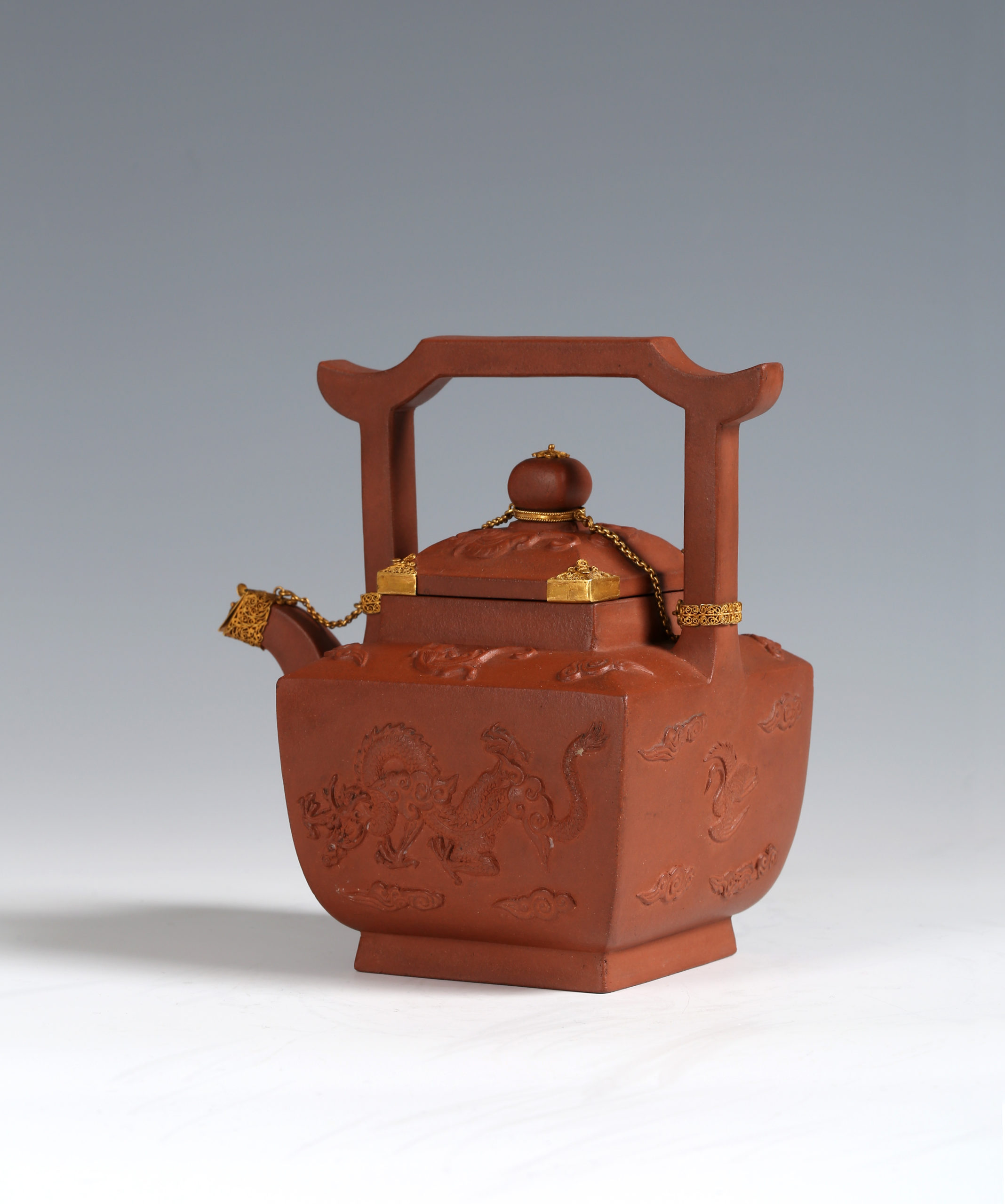 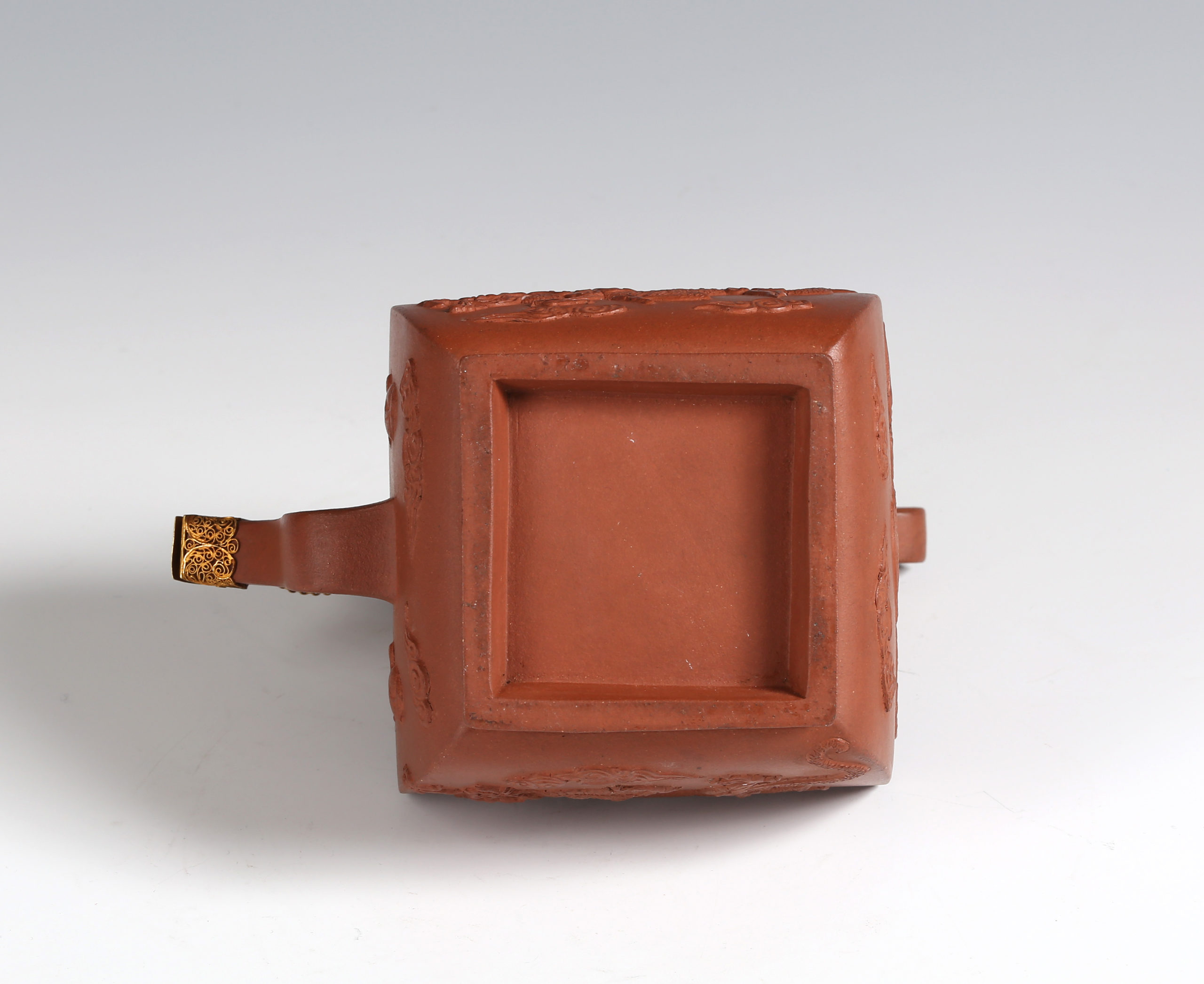 The square body moulded with dragons chasing flaming pearls, surmounted by an overhead handle in the form of the roof of a pagoda.

The gold filigree mounts have been tested to a purity of 19.168kt and are certainly of Asian manufacture and very probably from Goa in India. These mounts relate closely to a group of gold-mounted pieces of the second half of the 17th century which includes a Chinese carved rhinoceros cup and two bezoar stones in the Hapsburg Kunstkammer in the Kunsthistorisches Museum in Vienna that are thought be of Goanese manufacture. 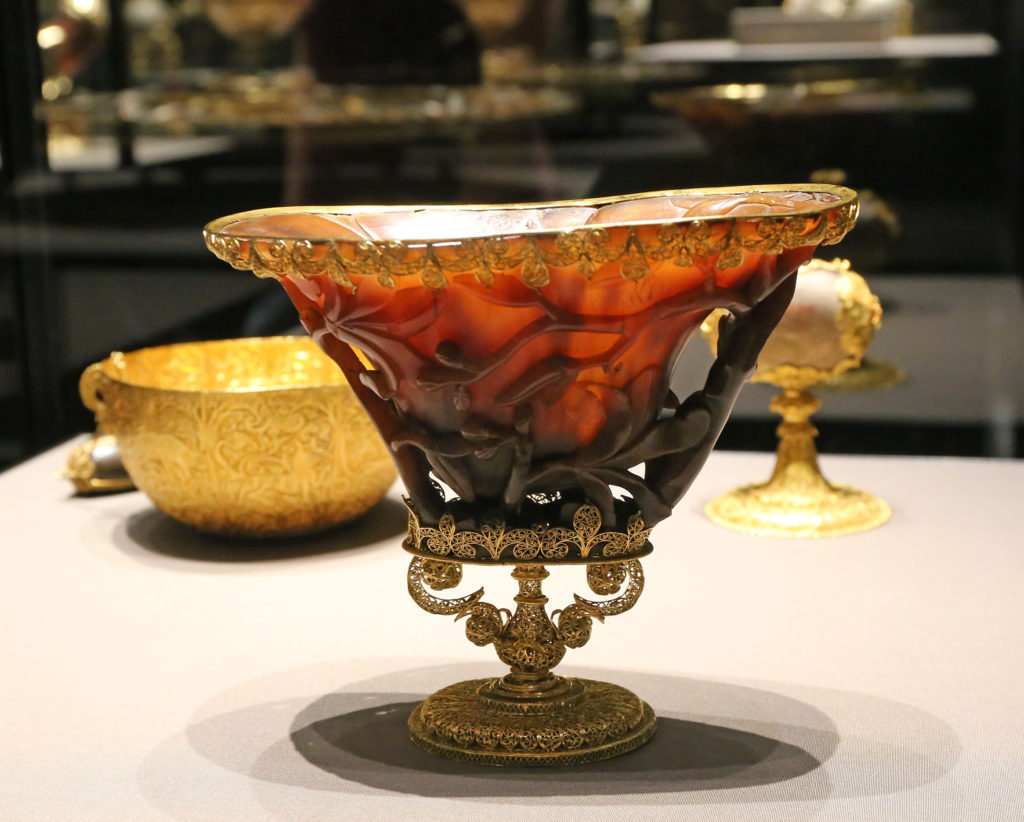 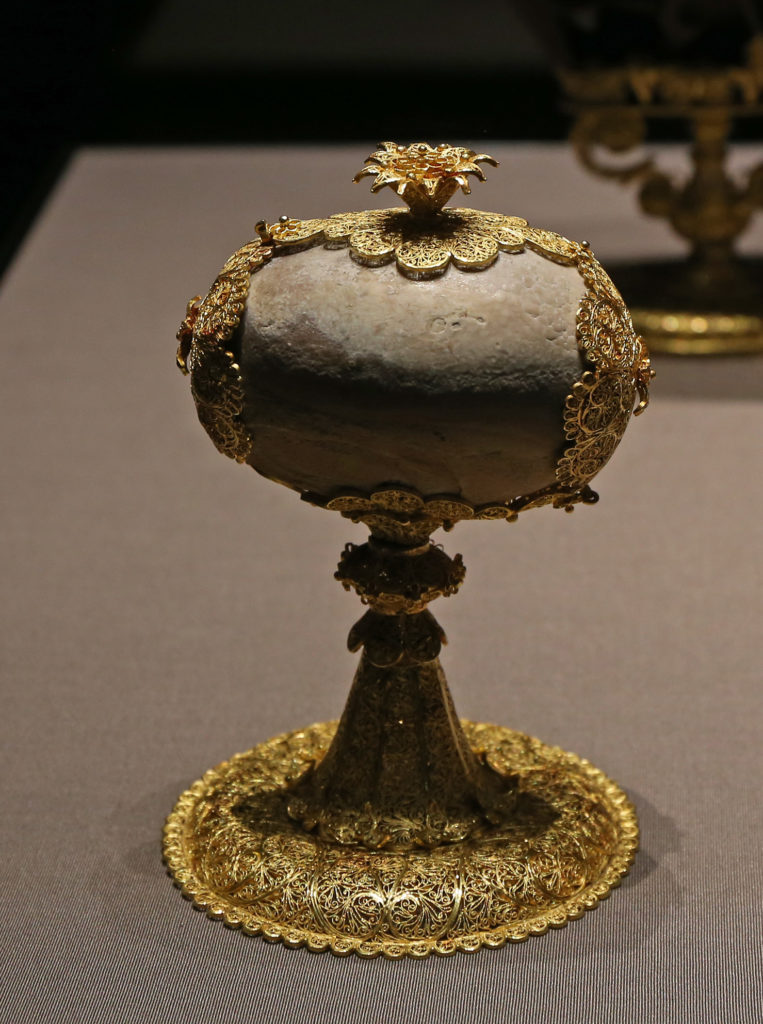 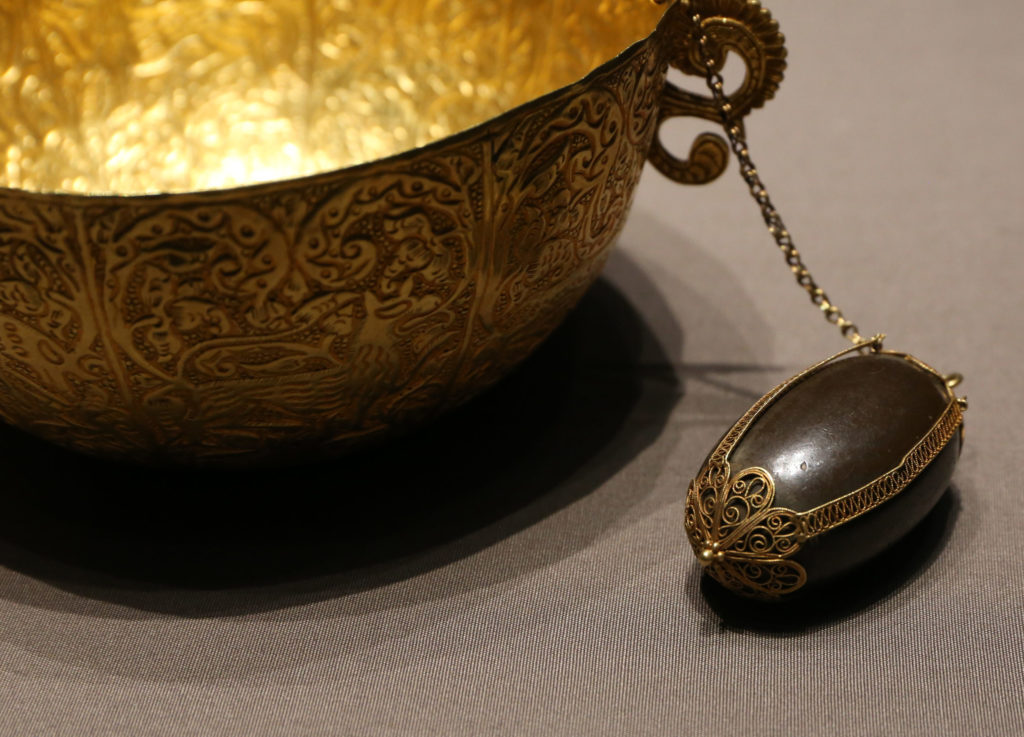 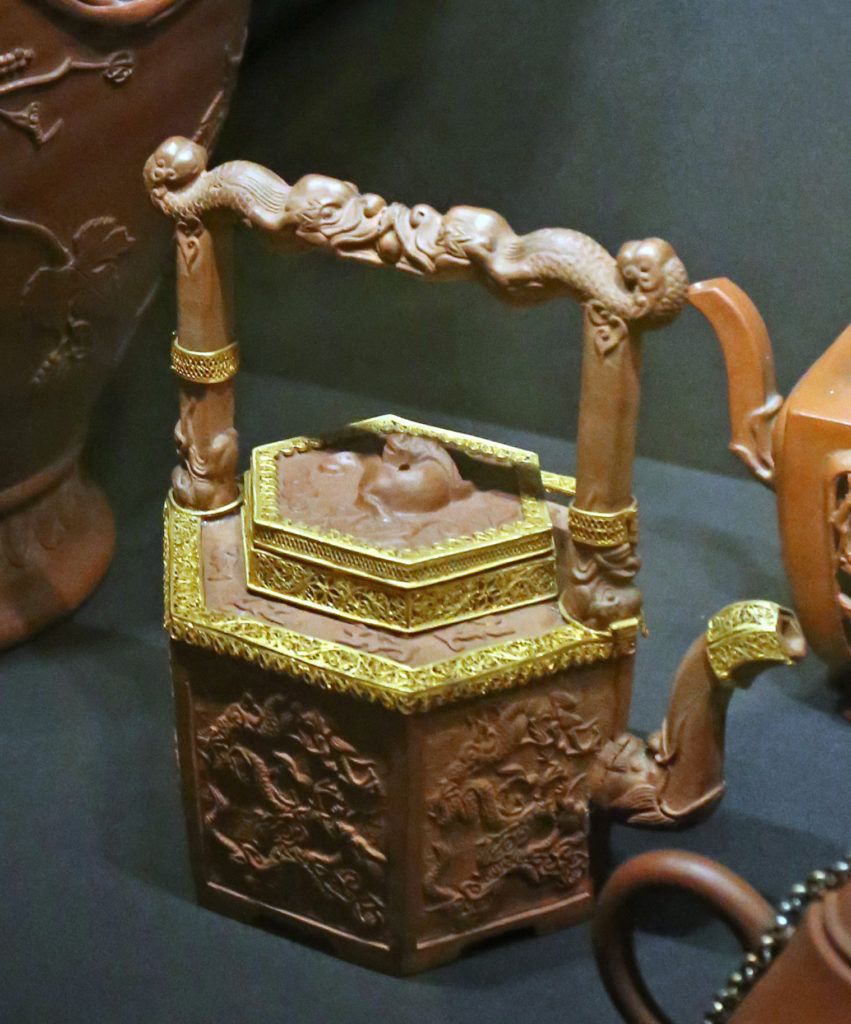 We acquired our teapot in Cape Town, South Africa, it would be nice to think that it had been there since the Portuguese or Dutch merchants of the 17th century brought it from China via India.

Provenance:
The Andrew Newall Collection for the past thirty years and before thatin his late father’s collection (Albert Newall), Cape Town, South Africa

CPM stated that the gold mounts tested as 19.168KT.