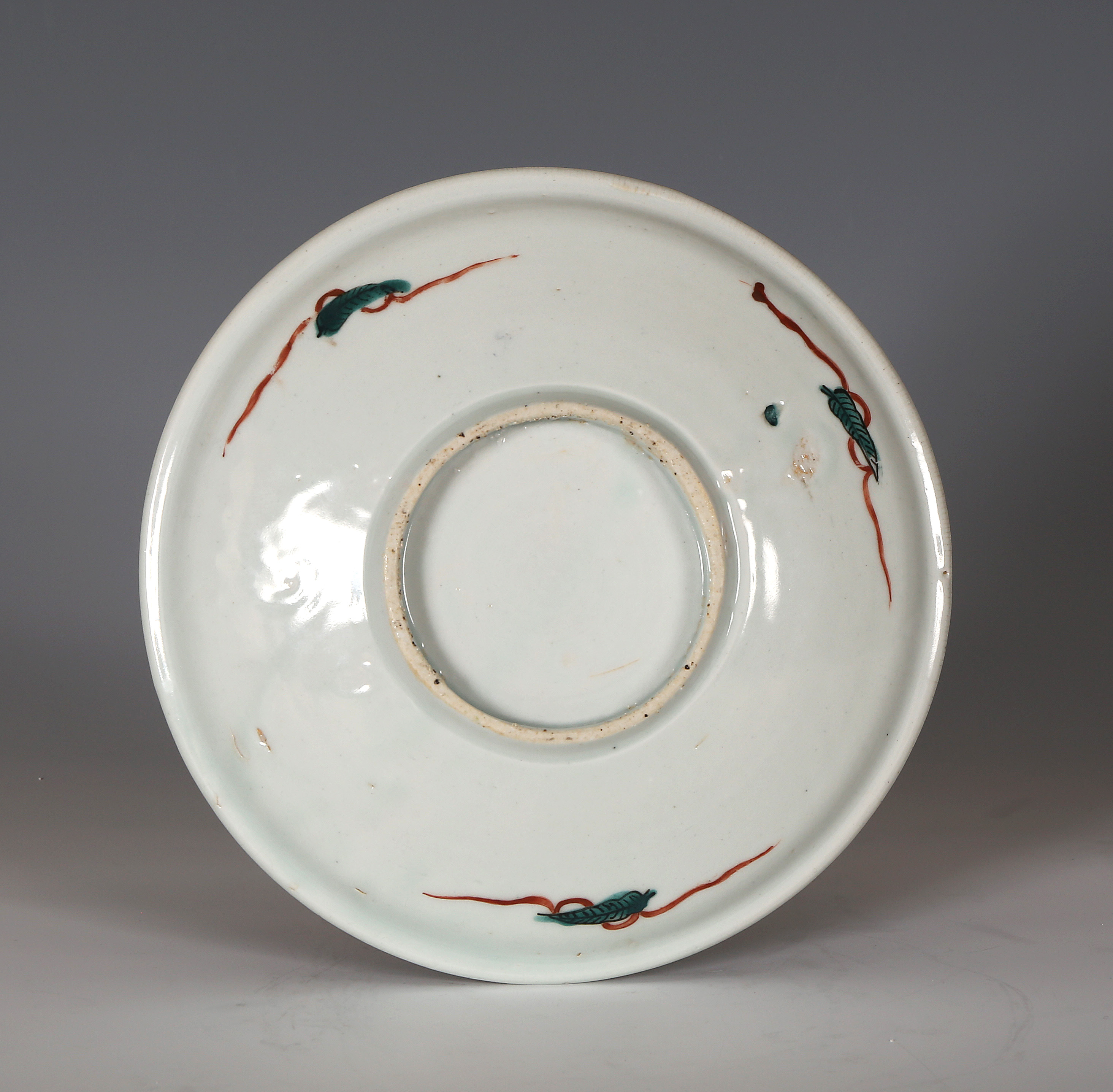 Decorated with Bamboo, Prunus and Pine, known together as the three friends of winter. Coloured in the distinctive palette traditionally associated with the early enamelled wares produced in Kutani, although it has been established that this was not always the case. The body, glaze and form of the reverse are very similar to the earlier Shoki Imari type of wares.

The three ‘friends of winter’ is a popular artistic and poetic motif widely used in Japan, China and Korea, so-called as they do not die in the cold months of winter. In Japan, the motif is often associated with New Year, and in Confucianism they represent the scholar-gentleman’s ideals of steadfastness, perseverance, and resilience.

Condition:
Four hairline cracks to the rim, the longest being 1 inch long