A Large Meissen Octagonal Charger from the Christie-Miller Service 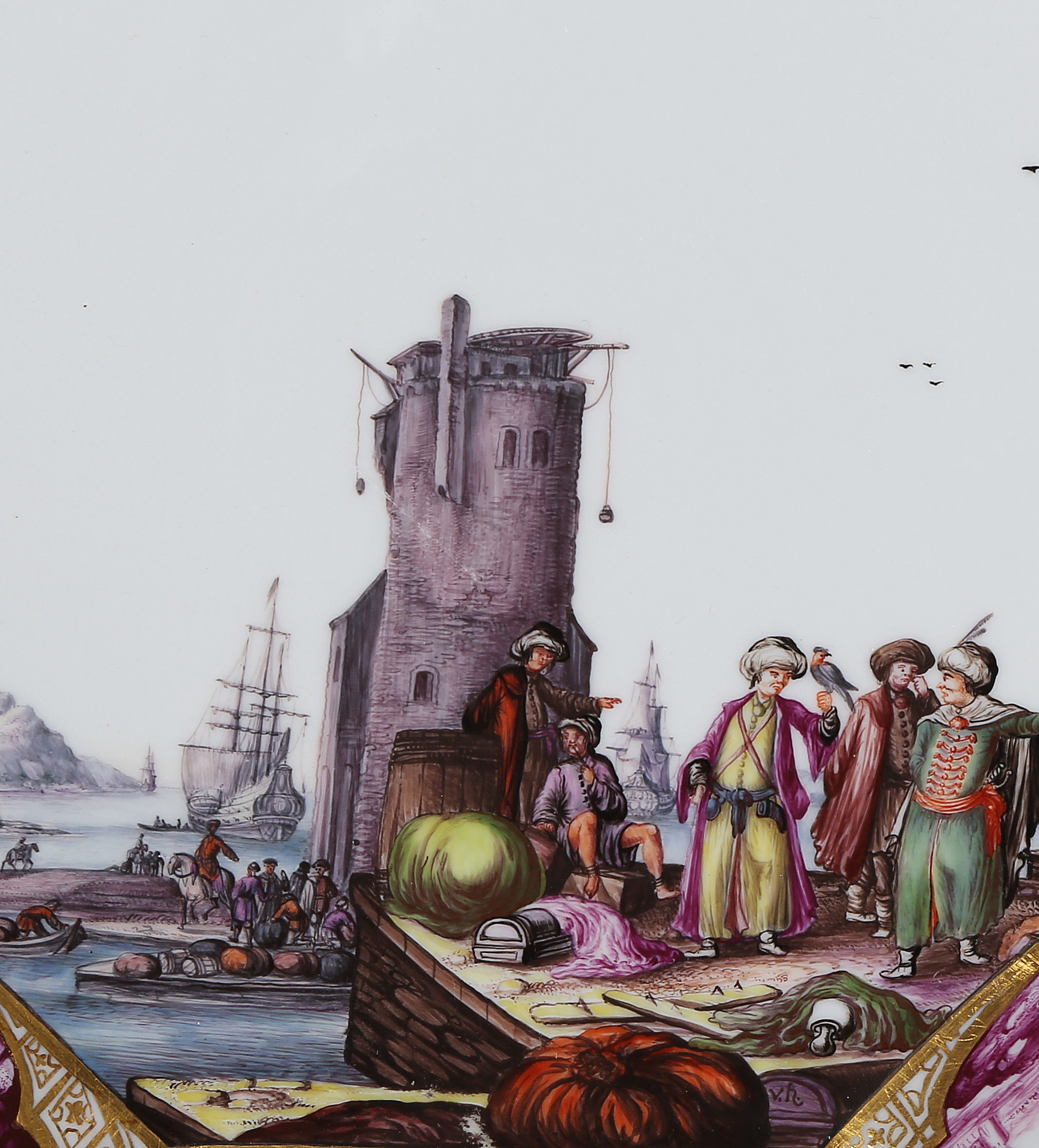 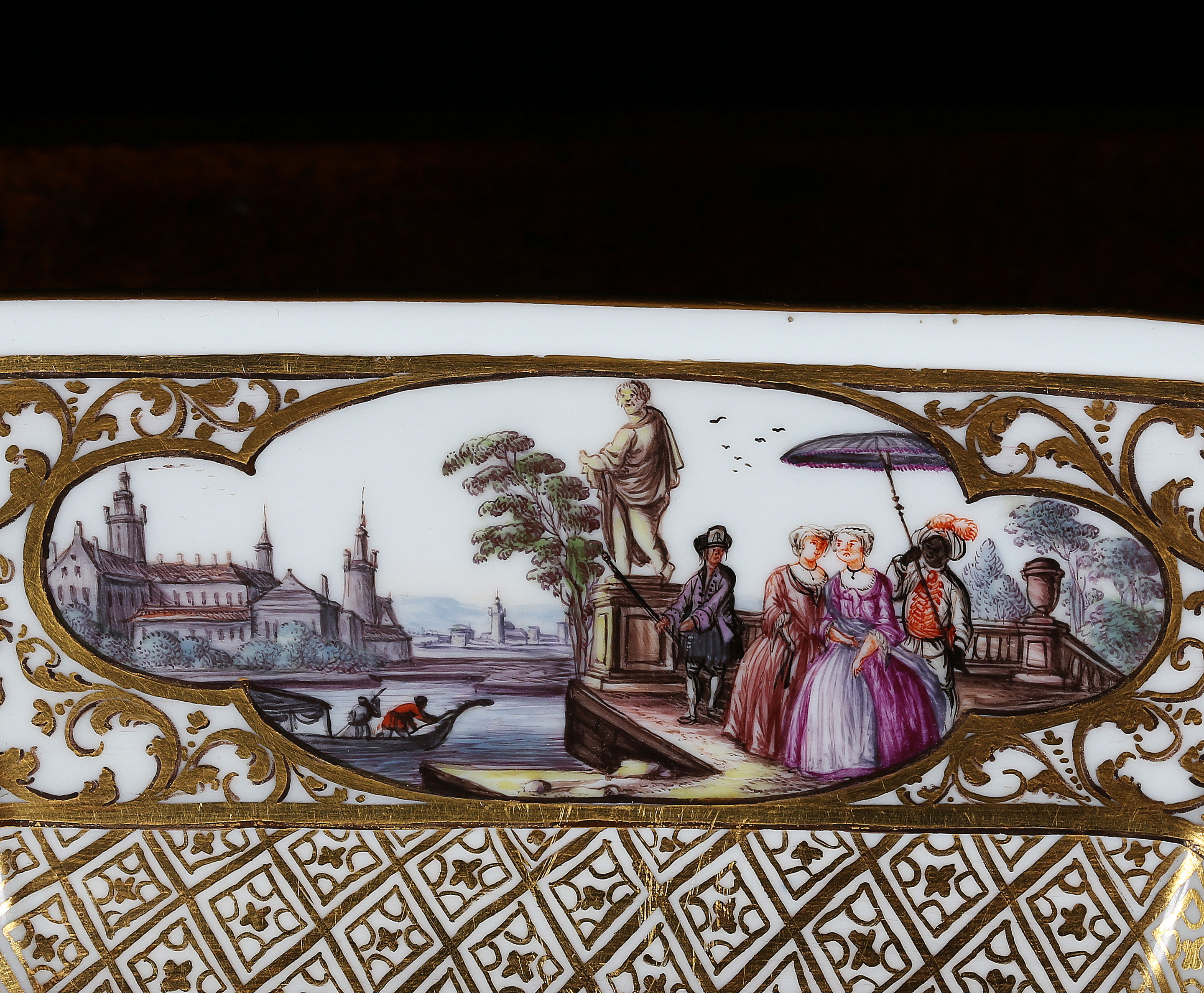 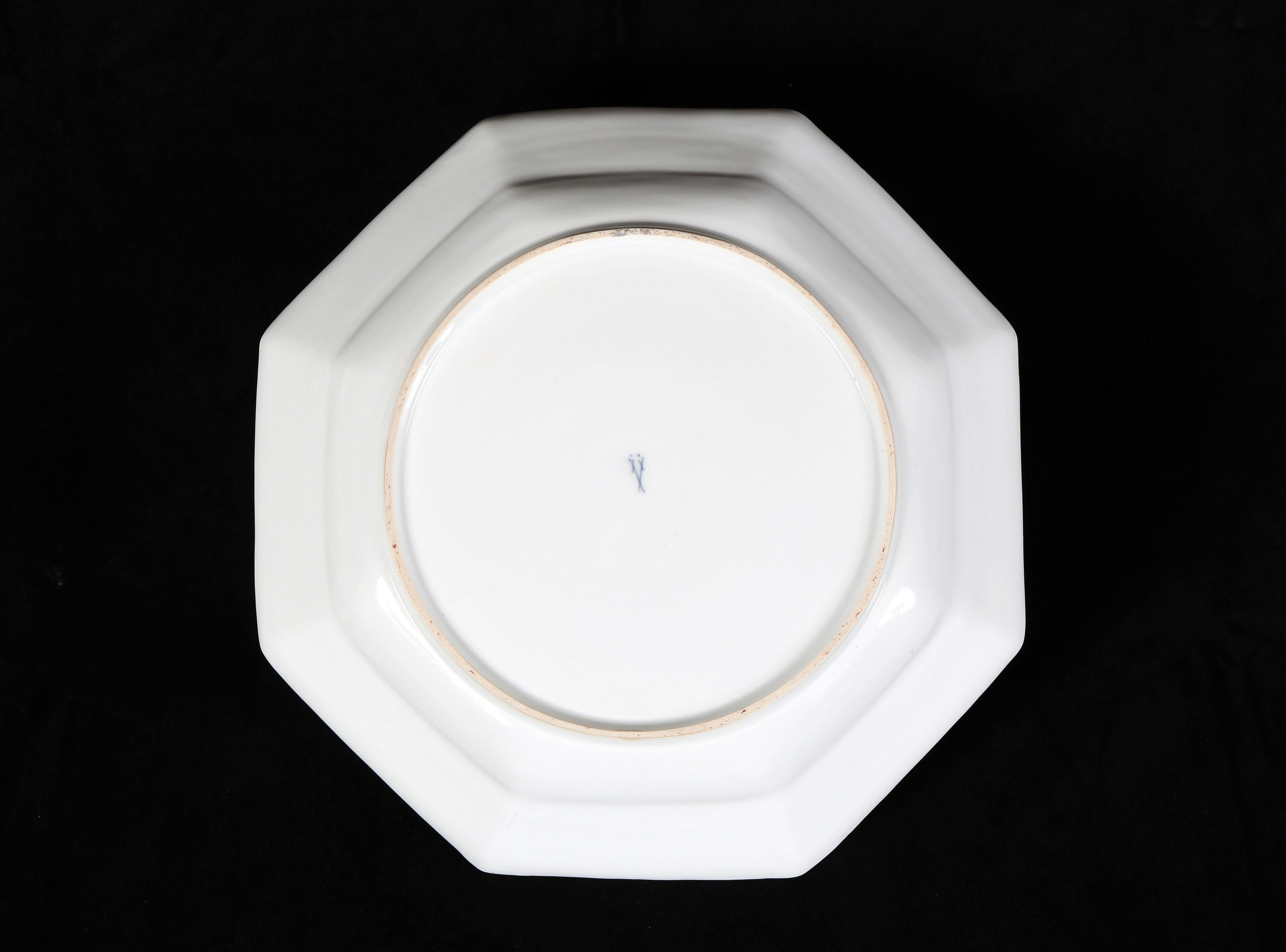 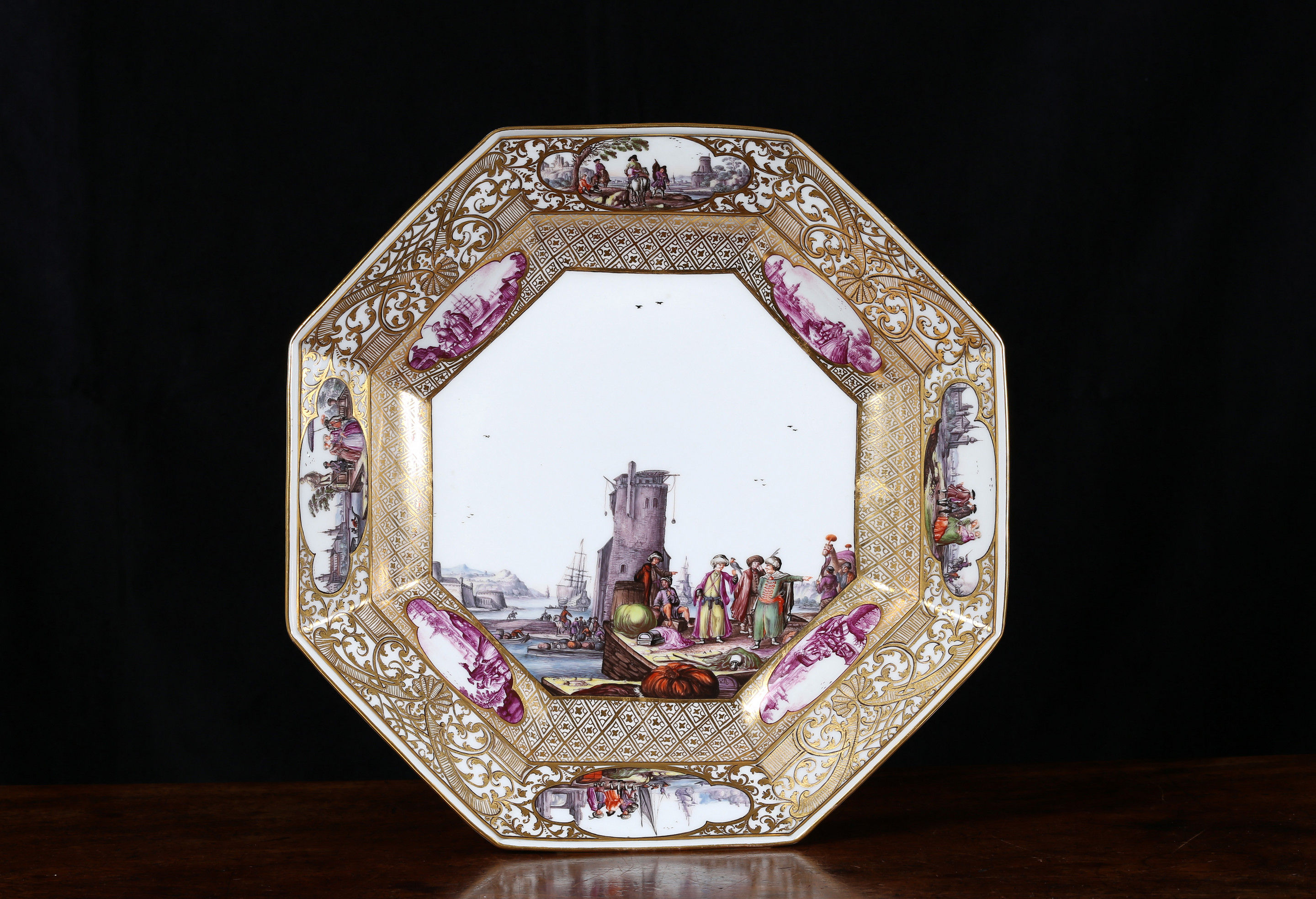 A Large Meissen Octagonal Charger from the Christie-Miller Service

Decorated in the well with Turks in a harbour scene, beside ships and a tower. Initialled on one bale ‘v.h’. The cavetto and border with quatrefoil cartouches of figures in landscapes in polychrome and puce monochrome against gold scrolls, strapwork and diaper grounds. In one of the small polychrome cartouches an attendant wears a cap with an AR monogram.

This service was virtually known until sixty-one pieces were offered for sale at Sotheby’s, London, in 1970. According to family tradition Samuel Christie-Miller had bought it around 1840 in Paris from a member of the Orléans family.

This is the most sumptuously painted of all Meissen services and decorated by the best painters of the factory including Johann Georg Heintze, Christian Friedrich Herold and Bonaventura Gotttlieb Häuer. The initials ‘v.h’ could refer to one of these.

Although it is not documented for whom the service was originally commissioned, the exceptional richness of decoration suggests that it might have been a gift to the French Court by Augustus III, the Elector of Saxony and King of Poland, whose daughter Maria Josepha later married the Dauphin Louis Ferdinand.

Before the Sotheby’s sale there were only two other pieces with similar decoration published: one dish of comparable size in the Museum für Kunst und Gewerbe in Hamburg (acquired in 1900) and a close variant, a plate, at the Victoria and Albert Museum.

The primary scenes on the service derive from Melchior Küssel’s late 17th Century engraved works after Wilhelm Baur. For this dish an etching ‘Der Thurm am Meere’ (The Tower by the Sea) signed by Christian Wilhelm Ernst Dietrich and dated 1744 is partly the inspiration. The print is discussed in Keramos 219 and 220 by Ronald Levandusky

Addendum to ‘Der Thurm am Meere’ (The Tower by the Sea) Etching by Wilhelm Ernst Dietrich as a Graphic Source for Three Christie-Miller Plates and Three Meissen Tea Sets, Keramos 220, Ronald Levandusky (2013), pp 65-67