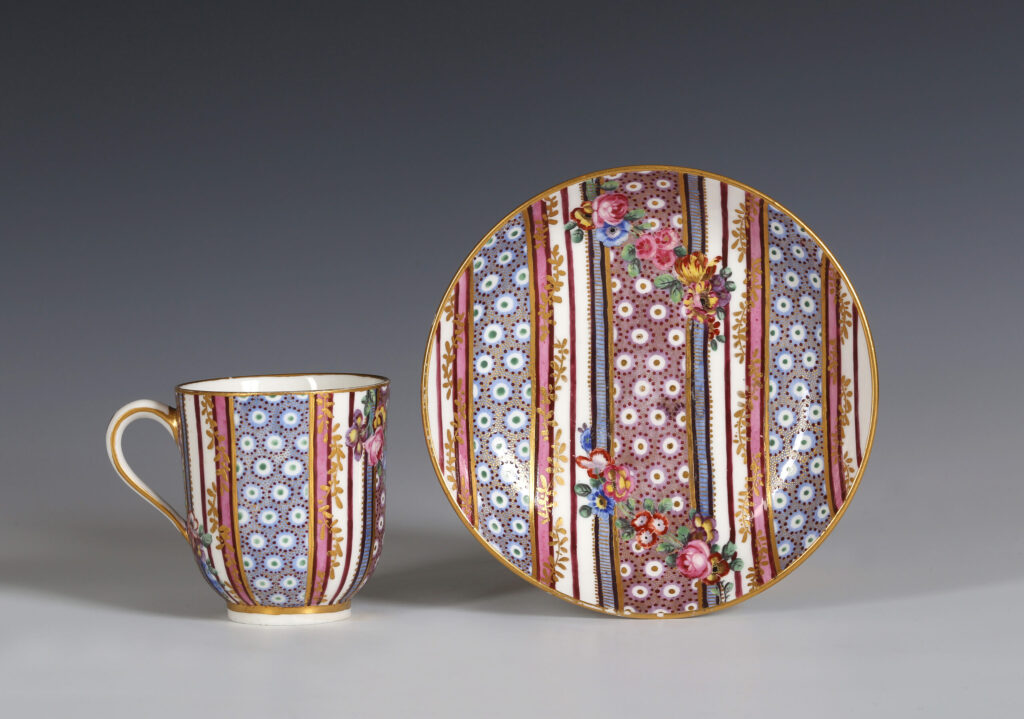 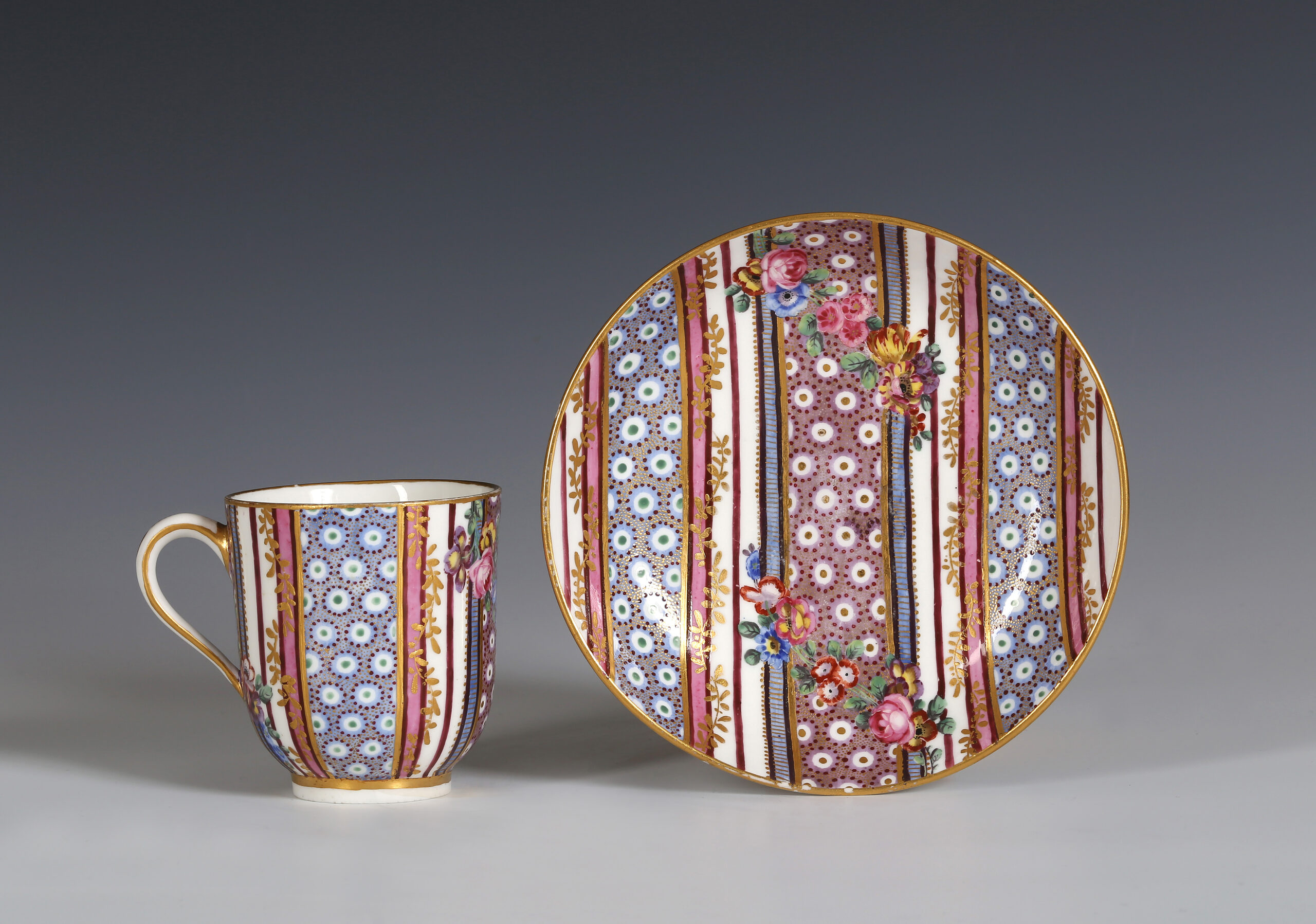 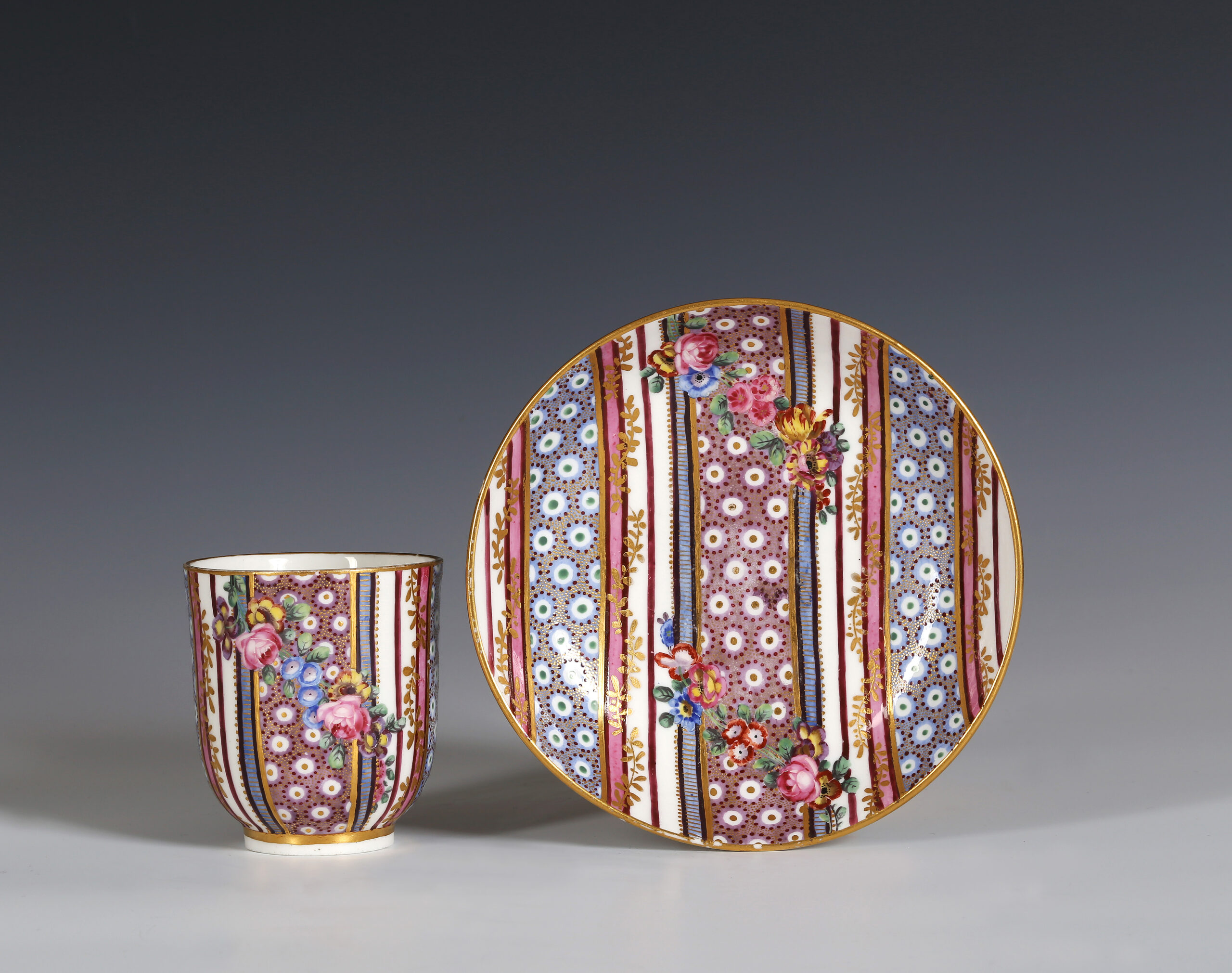 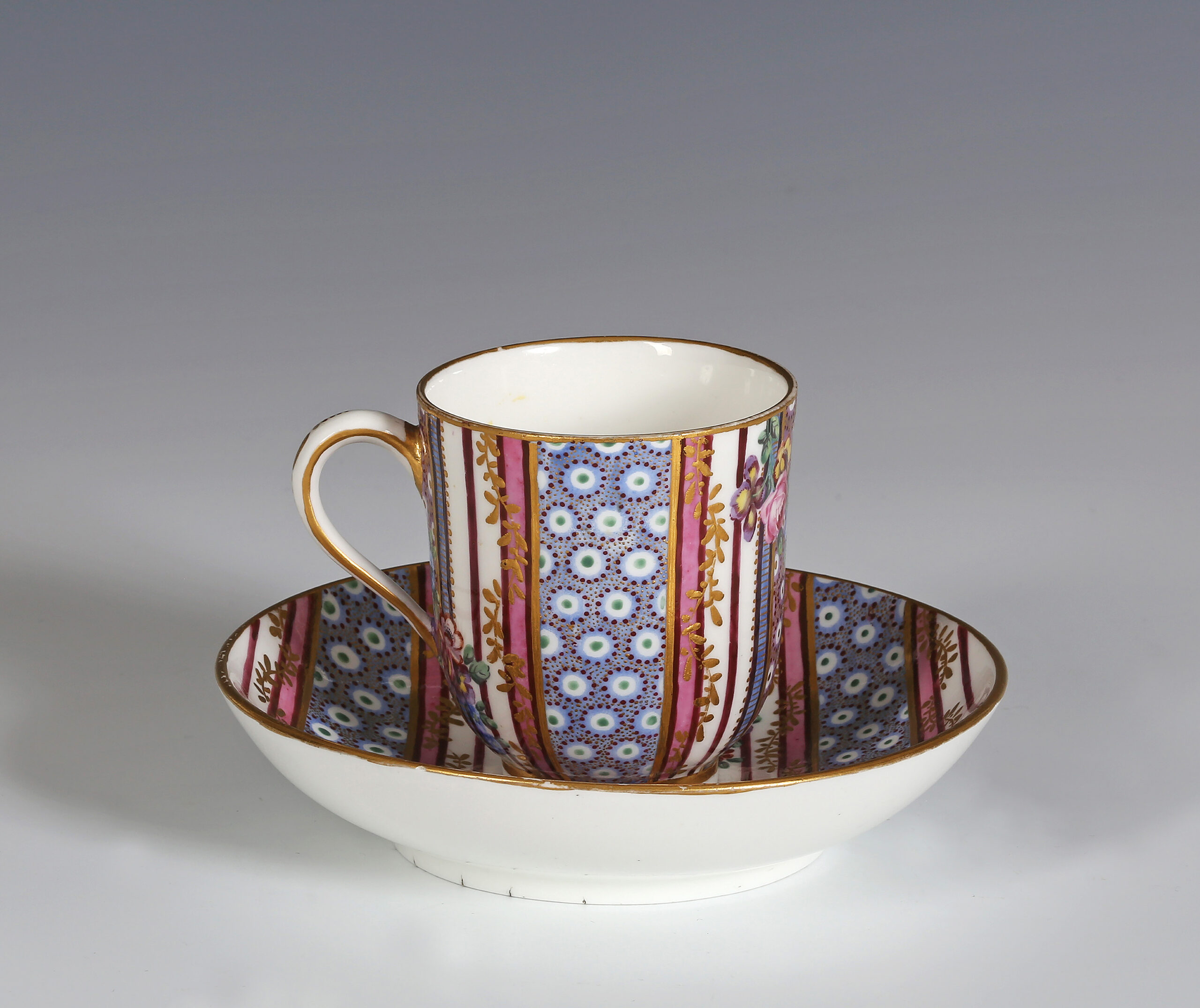 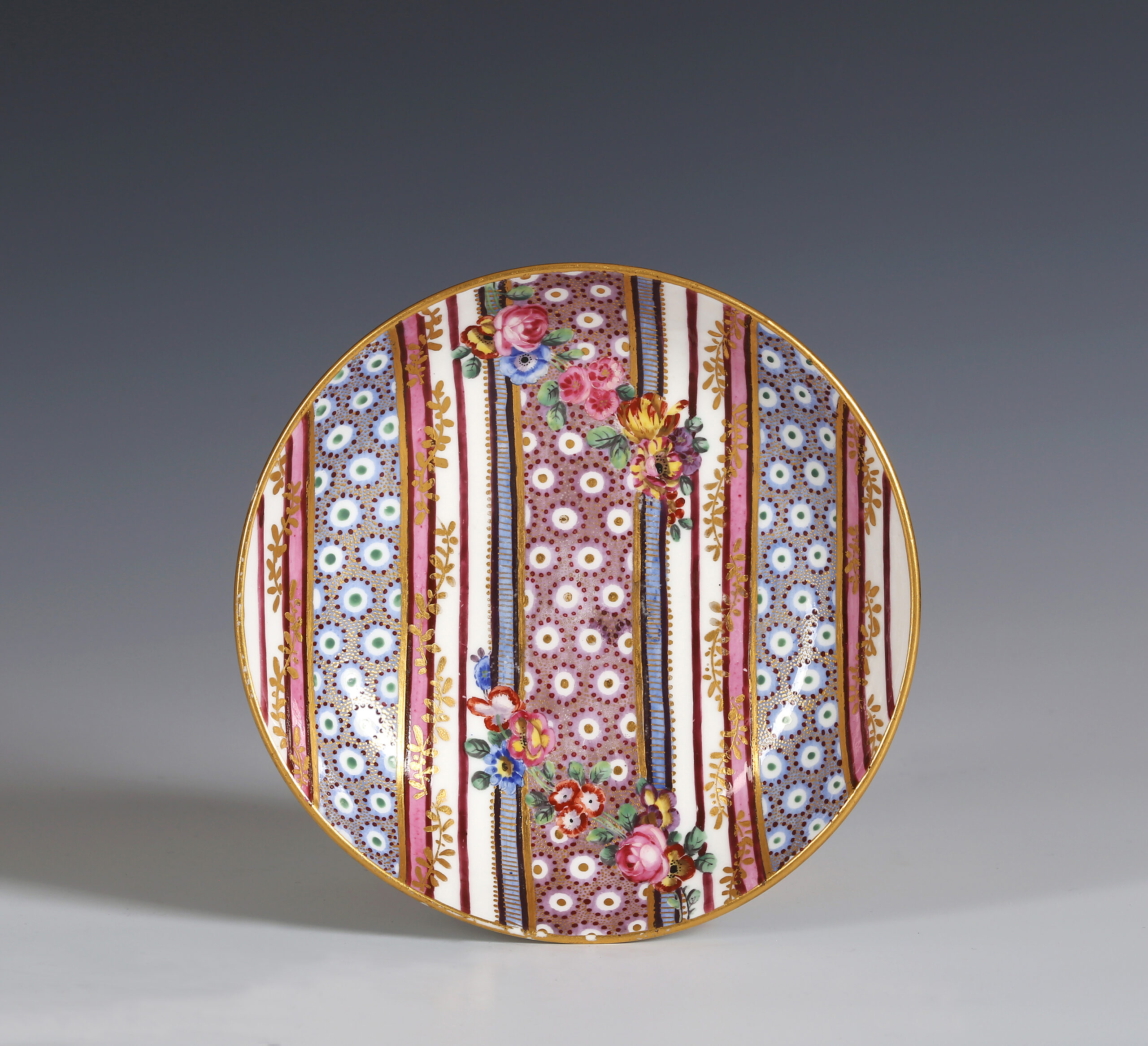 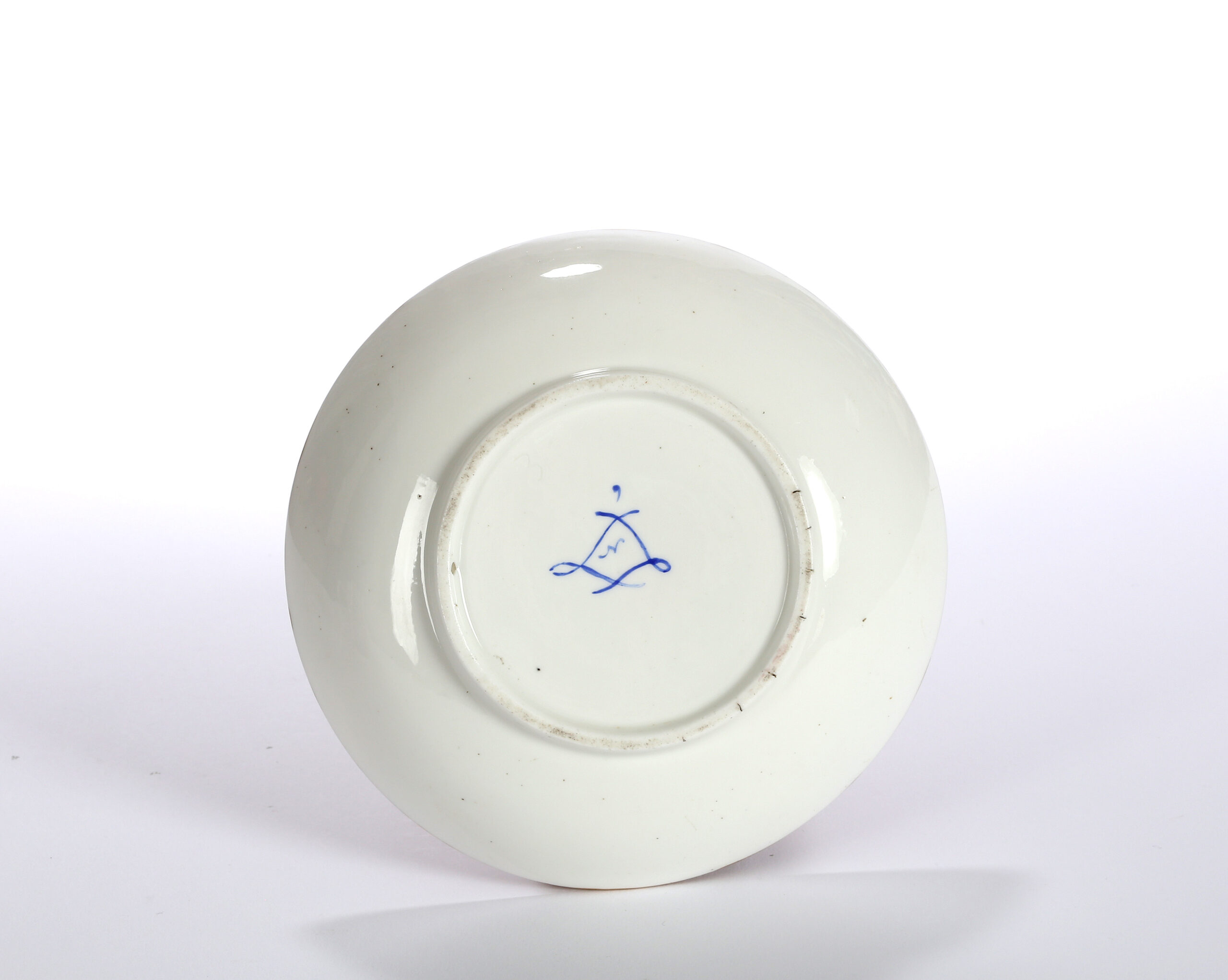 Painted by Charles-Louis Méraud rather than Micaud père, this illustrates how fabrics were transposed onto a circular saucer with no concession to the form but must taper at the foot of the cup.

The known pieces of Sèvres with depictions of textiles document a brief moment, between 1765 and 1766, when accurately depicted woven silks of Lyon were painted on Sèvres porcelain. The Lyonnais silk industry rivalled Sèvres itself in luxury and the splendour of dress was one of the most expensive and visible representations of court society. Such textiles were also ordered by the Garde Meuble for the decoration of the royal apartments at Versailles.

The designs are mostly painted by Jacques-François Micaud, Micaud père, and are notable for using the most up-to-date and richest silk designs whilst making little concession to the form of the vessels.

Catrin Jones published a number of these pieces in her paper, Painted Luxury: Textile Imitations as Decoration on Sèvres Porcelain, Journal of the French Porcelain Society, vol. V, 2015, in which she noted that the duchesse de Mazarin and the daughters of Louis XV Mesdames Adélaïde, Victoire and Sophie were recorded buying gobelet et soucoupe ‘Etoff’ in the 1770s.

Lesley Ellis Miller has published a merchant’s sample book, confiscated by a British Customs agent in 1764, containing hundreds of silk samples, which is preserved in the Victoria and Albert Museum. This shows what designs were fashionable at that moment and some correspond closely to those on Sèvres.