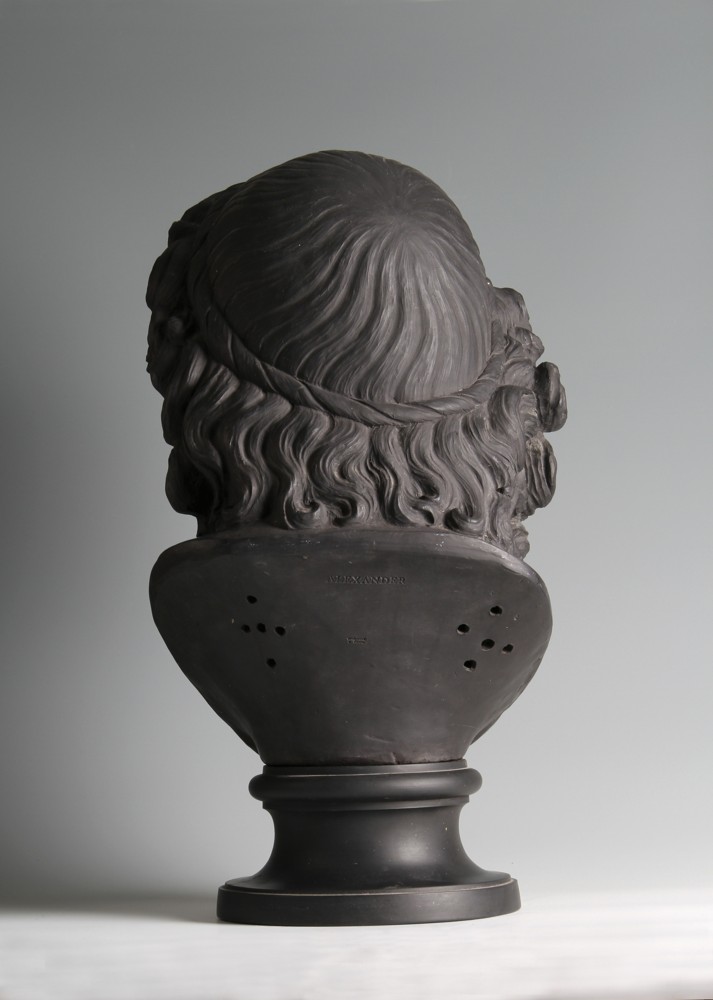 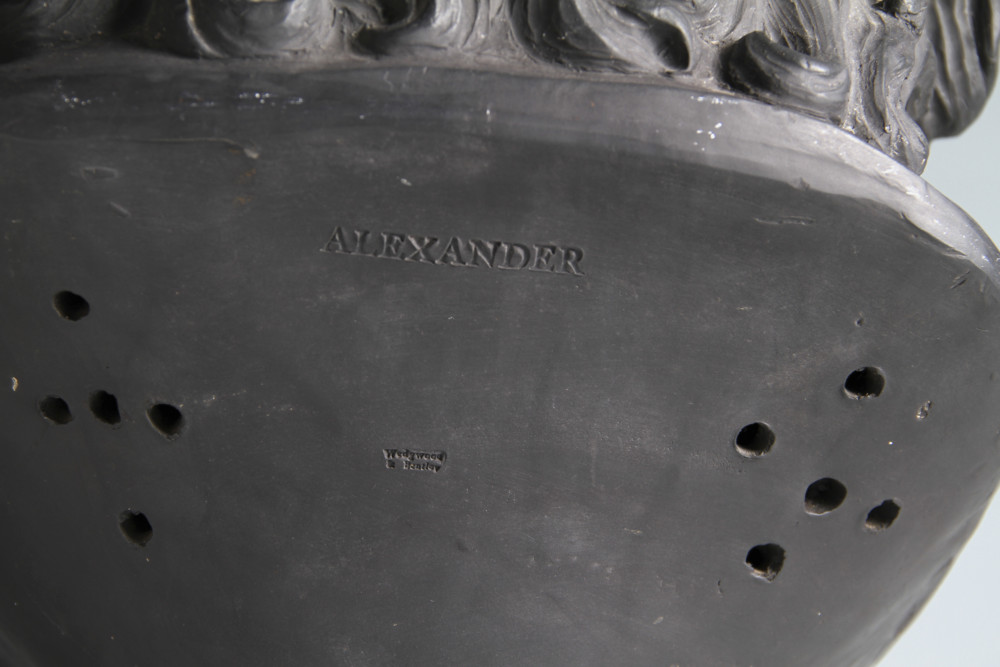 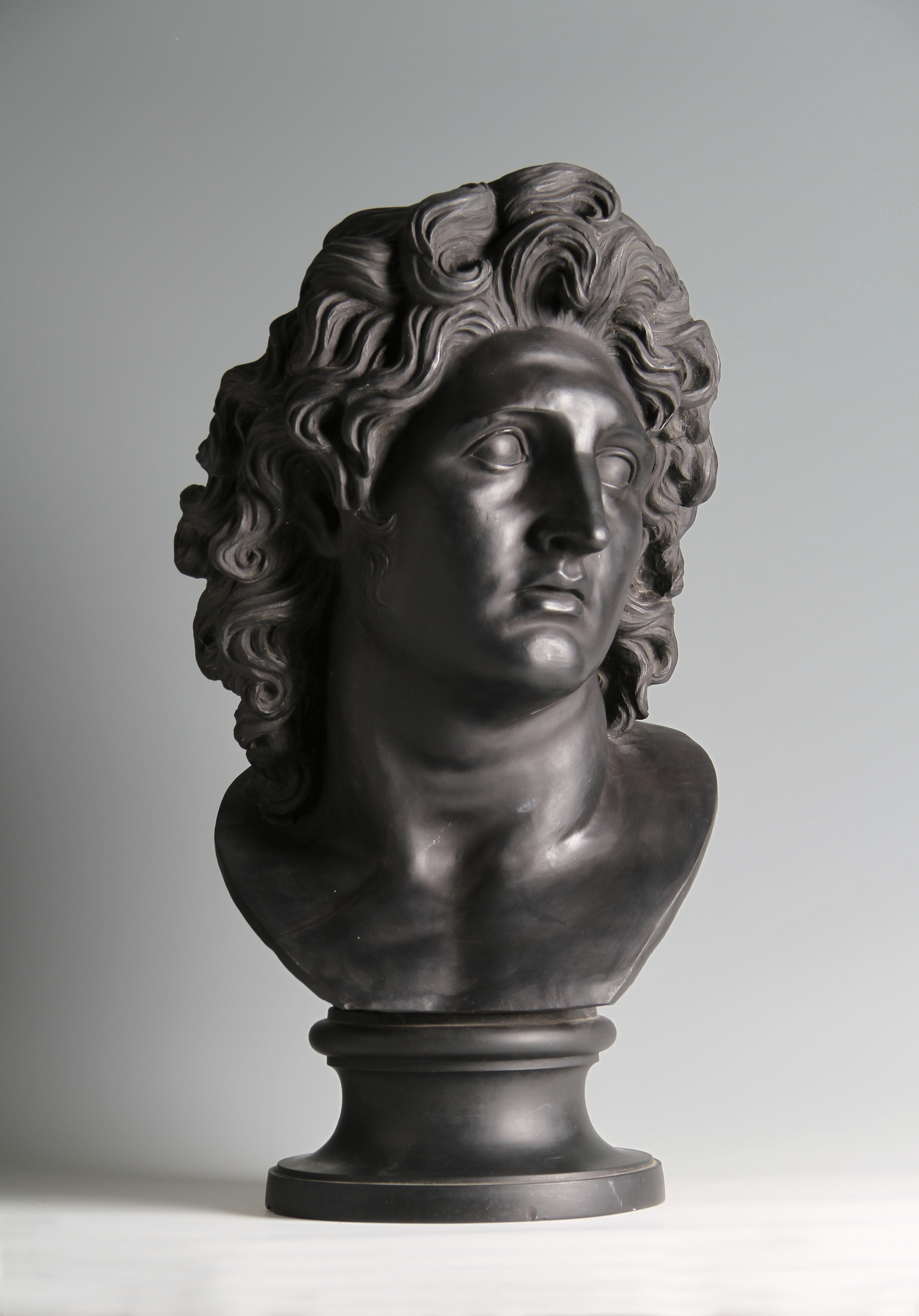 This is after the marble of Alexander the Great as Helios in the Capitoline Museum, Rome, a Roman copy after a Hellenistic original from 3rd–2nd century BC.
A marble copy was purchased in Rome by Mathew Brettingham on July 26th, 1752, it is now in Holkham Hall, Norfolk. Another example is in Buckingham Palace.

This Wedgwood version appears to be unrecorded but an invoice for a model of an ‘Alexander’ from Hoskins and Grant dated 5 May 1779 is cited by Robin Reilly, Wedgwood, 1989, volume II, appendix K, p. 752
Sold to a private collection.