A Lead-Glazed Ewer A follower of Bernard Palissy, perhaps Fontainebleau 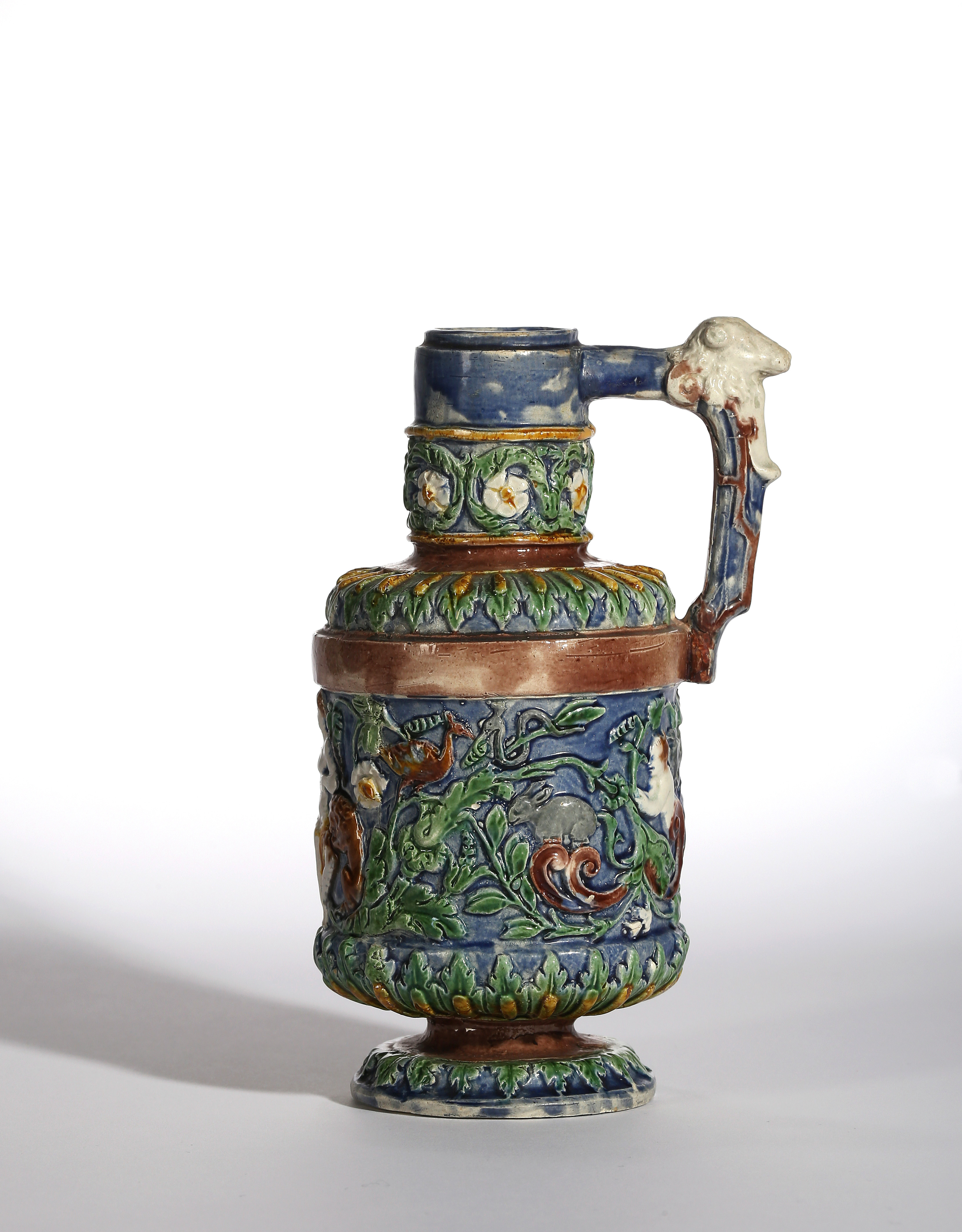 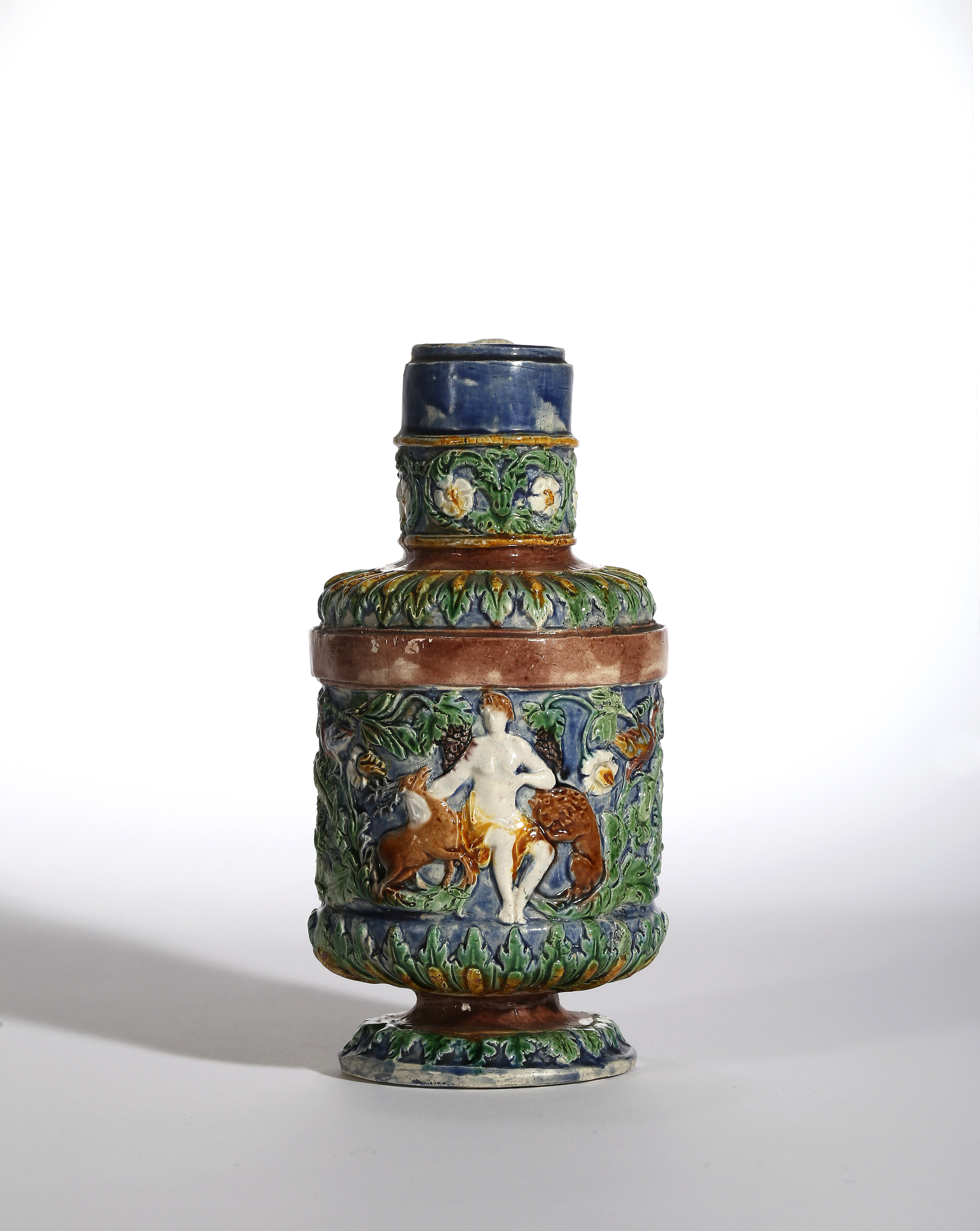 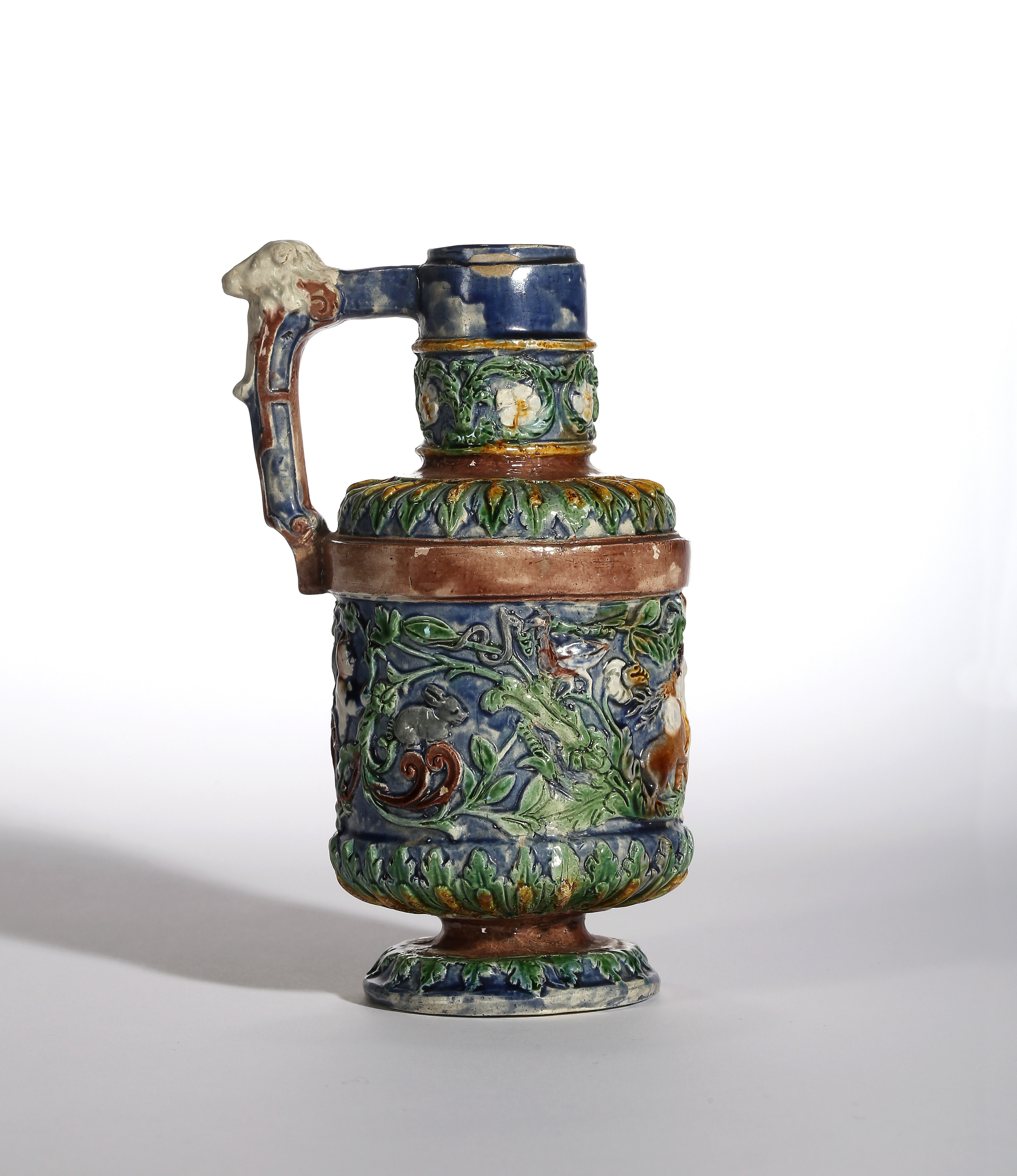 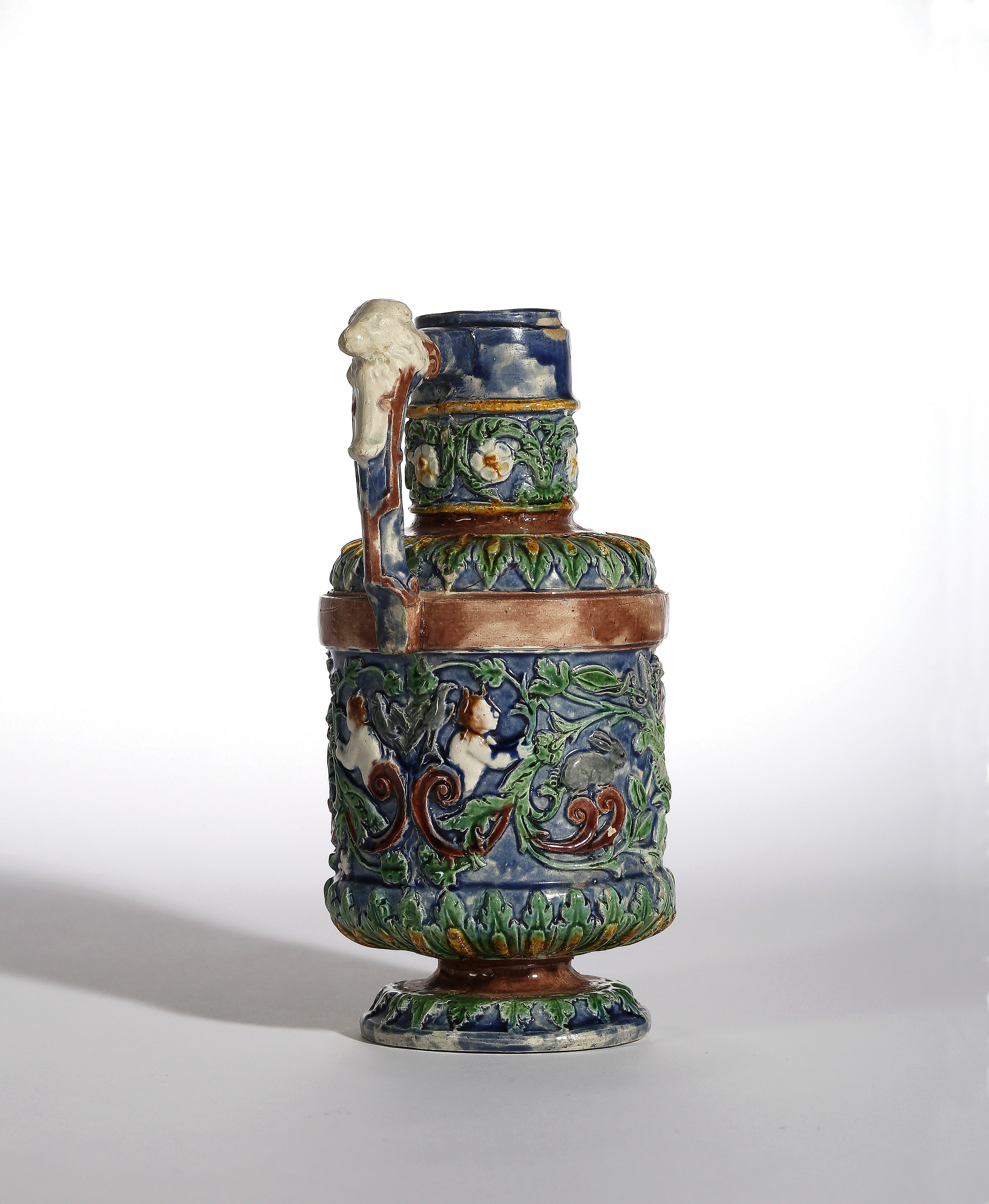 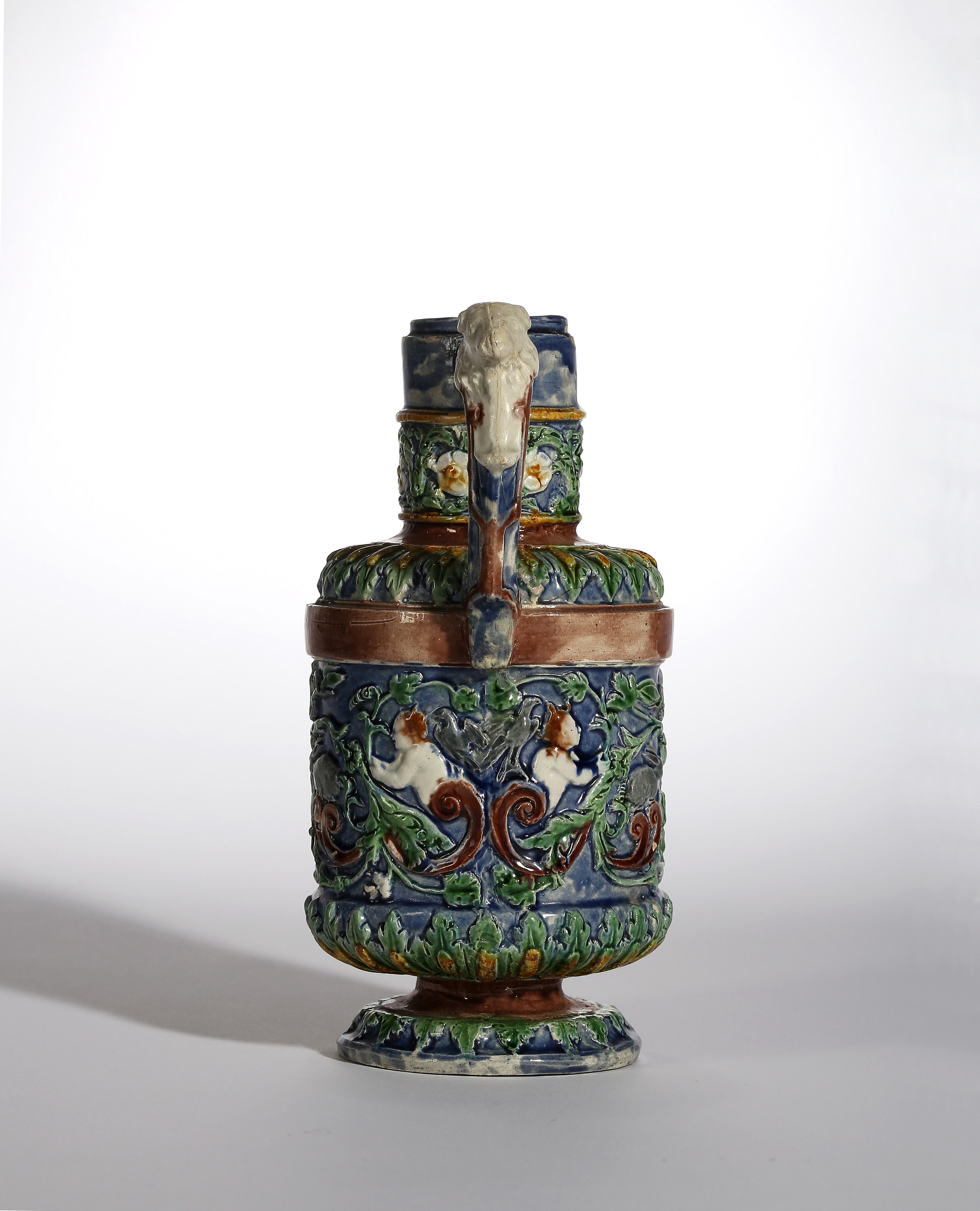 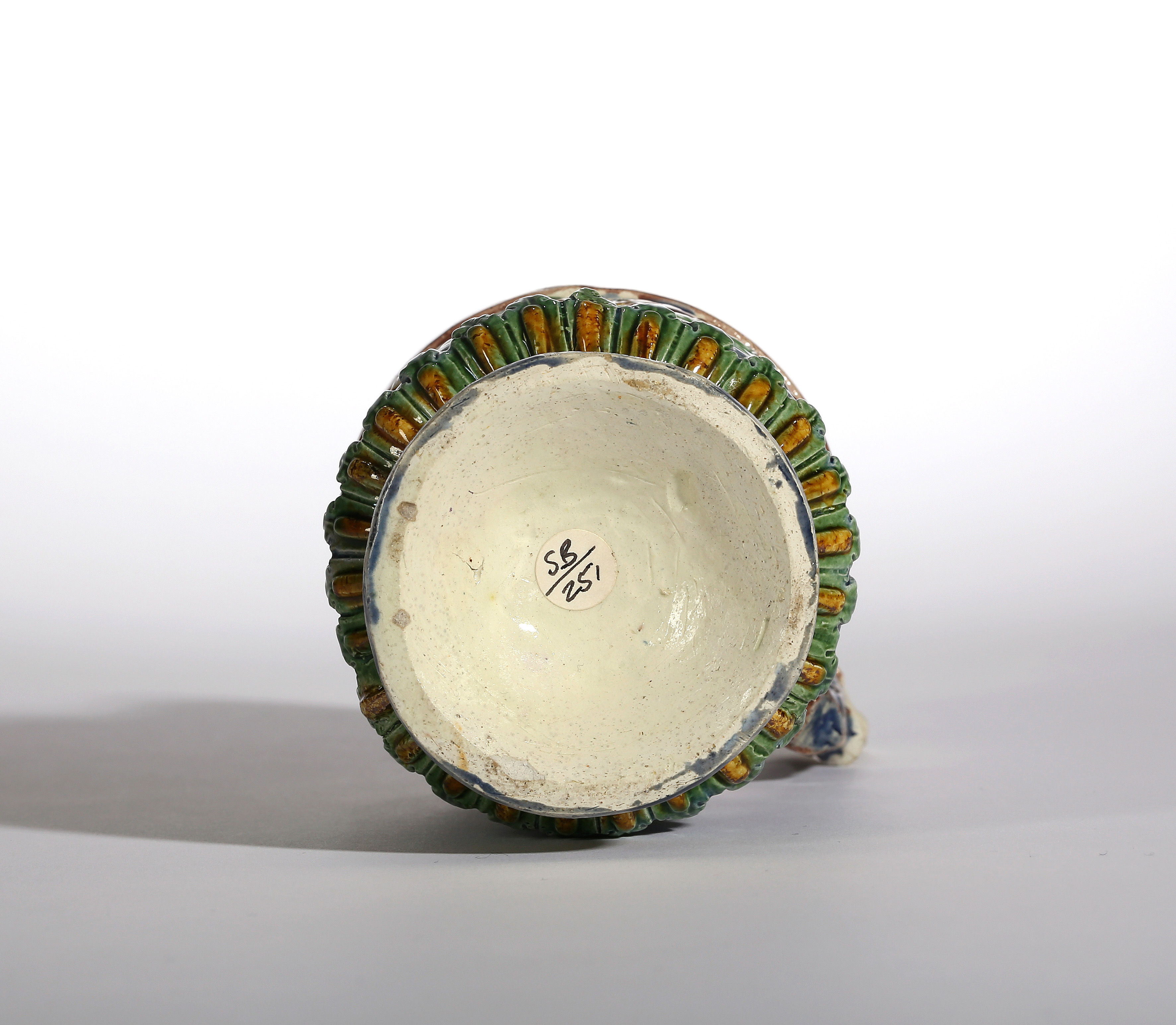 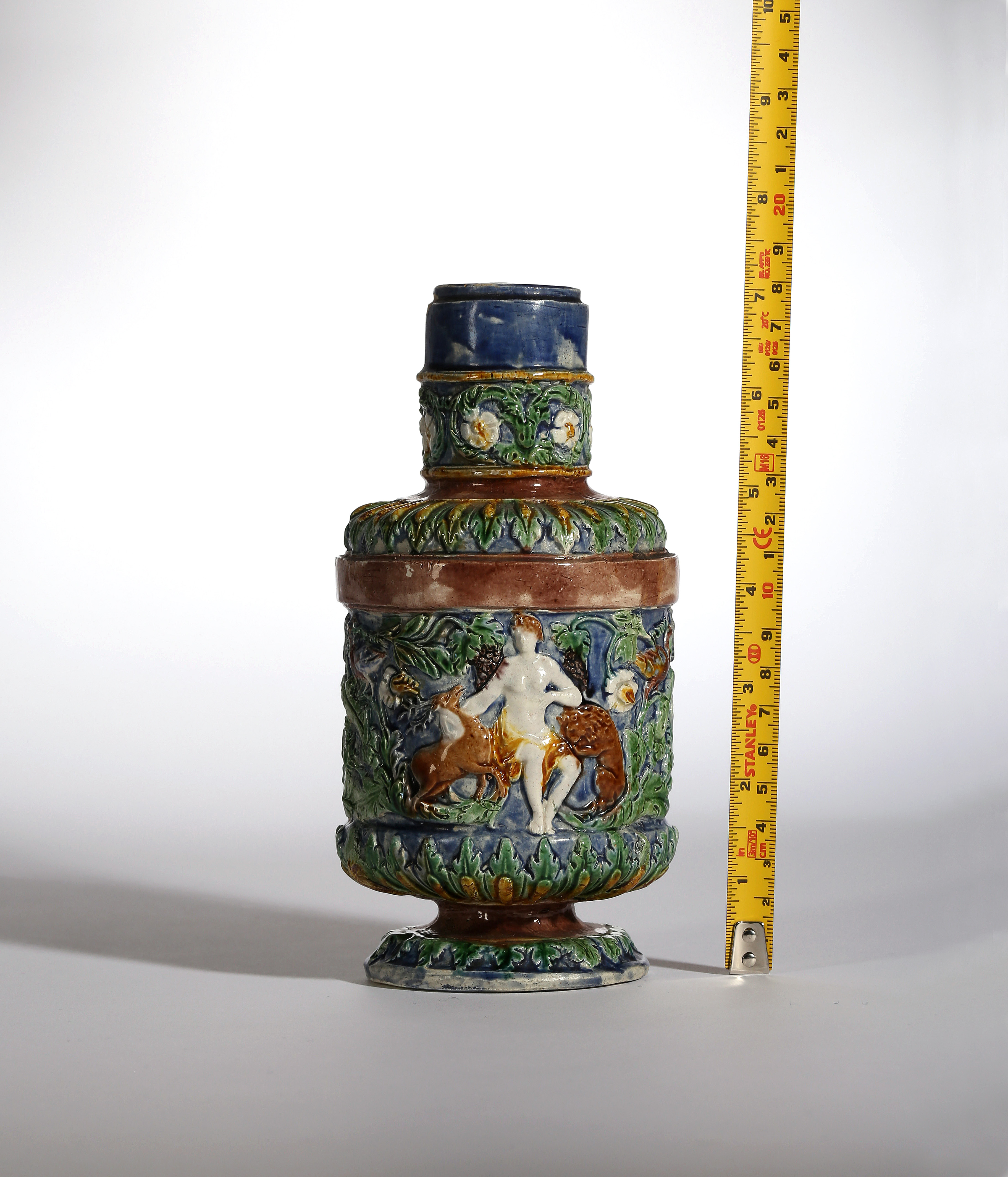 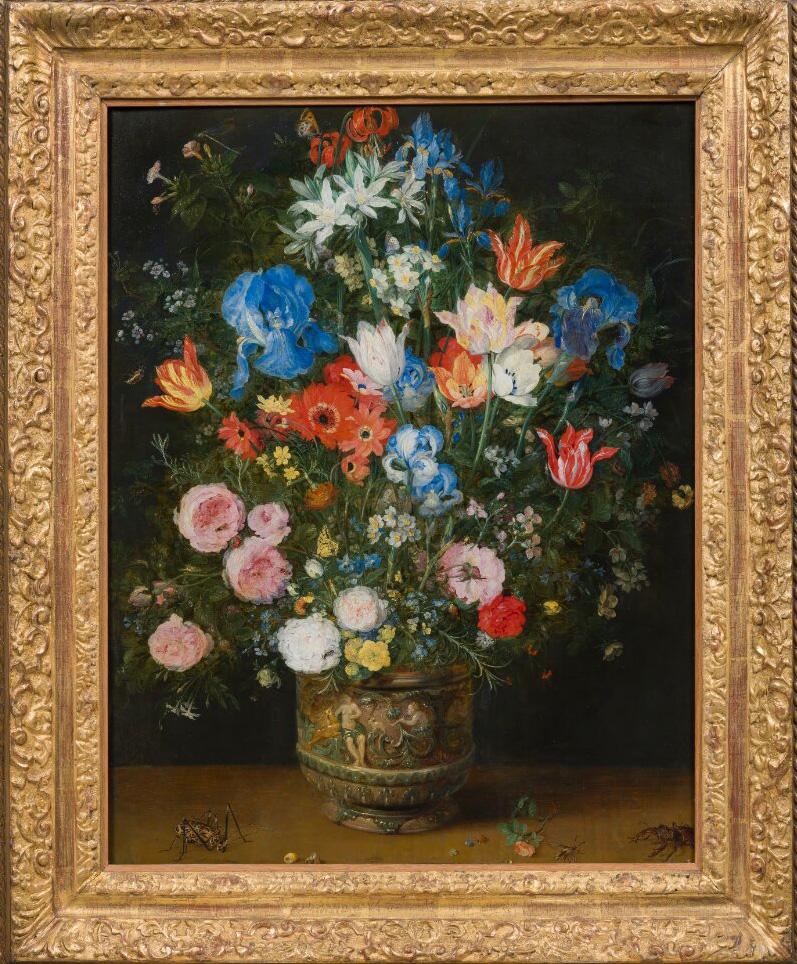 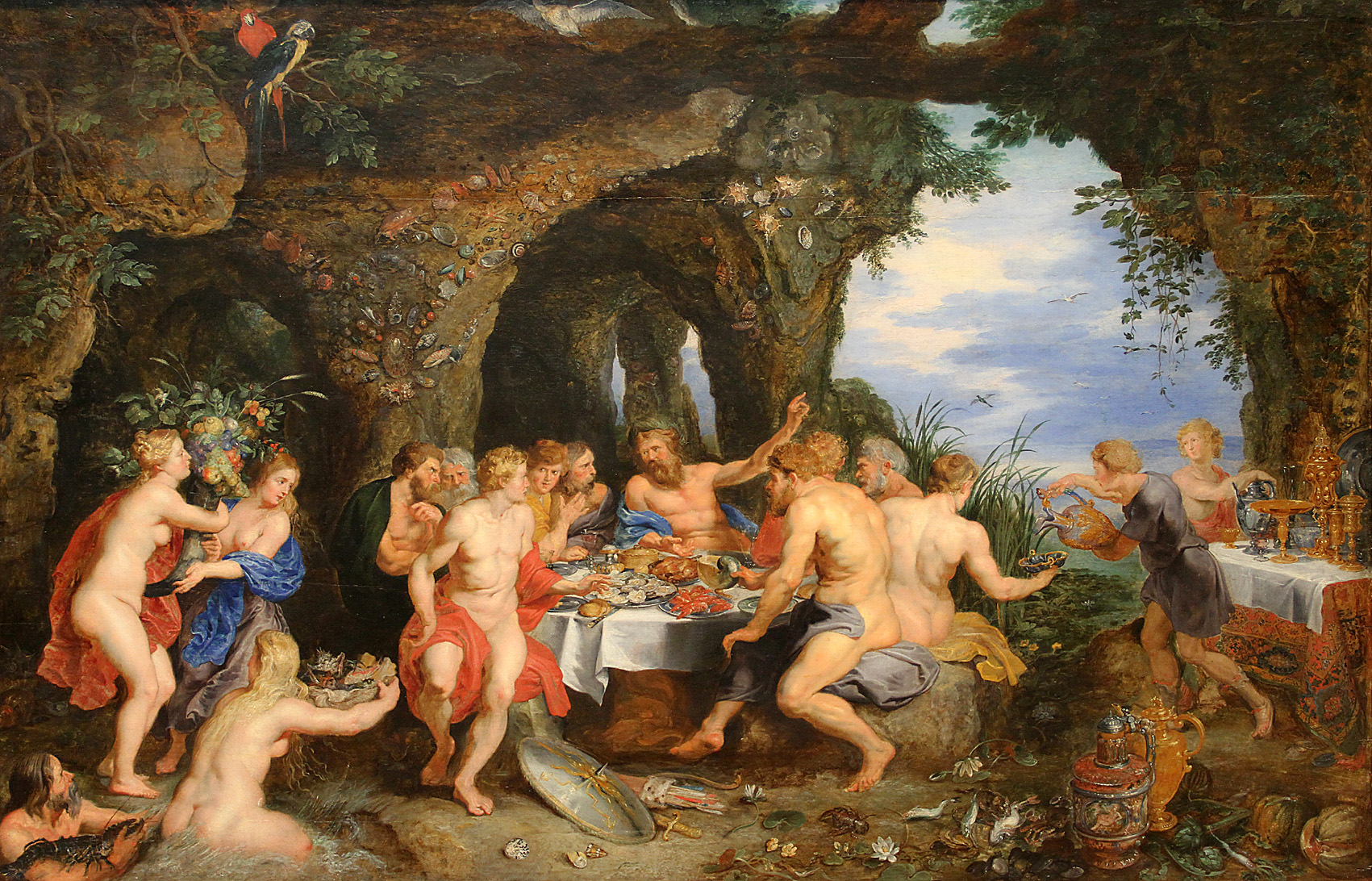 This ewer is significant for three reasons. Firstly, it is an unrecorded form in French Palissy-type lead-glazed earthenware. Secondly it resolves the mystery of what was being depicted in the paintings of Jan Brueghel and others and thirdly its provenance from the collection of Sir Andrew Fountaine.

The cylindrical body moulded in relief with a nymph seated beside a stag and a lion set against a meander of flowers and vines populated with birds, rabbits and two satyrs. The neck and base moulded with stiff leaves and gadroons, the handle with a ram’s head. No other Palissy-type vessel of this model seems to be recorded but the form is known from the paintings of Jan Brueghel the Elder (1568-1625) and in those in which he collaborated with Peter Paul Rubens. The closest depiction of our ewer is in the ‘Still Life with Flowers in a Sculpted Jar’, circa 1620, in the Nationalmuseum Stockholm (inv. NM 1099). This jar has not previously been identified as being of Palissy-type (and has puzzled me for many years). The upper part of the ewer is hidden but the ornament is precisely depicted. In a number of other paintings (I have noted seven instances) Brueghel, and later his son, painted a closely related Palissy-type ewer with Fontainebleau school nymphs in panels, either as a still life with flowers or as an independent element in a larger painting. Again, no Palissy-type examples of this form appear to be recorded. In ‘The Feast of Achelous’, in the Metropolitan Museum of Art (Gift of A and I Untermeyer, 1945 45.141), that he painted in around 1615 in collaboration with Rubens, Brueghel illustrates such a ewer with a handle that matches the one on our ewer precisely. This ewer too has not previously been identified as Palissy-type. In common with other artists Brueghel evidently owned certain items that appear as props in numerous paintings, sometimes the scale was adapted to suit the purpose, it appears larger than ours. A still life with fruit by Franz Snyders in the Gemäldegalerie, Berlin, painted in Antwerp around 1613, has a similar ewer (Ident. Nr.774C). Snyders was a pupil of Jan Brueghel the younger.

Little can be attributed to the Paris workshop of Bernard Palissy himself before his death in 1589 and our ewer is likely to be by one of his immediate followers. The design suggests one of the workshops of the ceramicists that established themselves at Fontainebleau in the late 16th century such as Claude Berthélemy or Jean Chipault II, émailleur sur terre, who succeeded his father in 1599. Like Palissy Chipault was a protestant from Saintonge and after the assassination of Henry IV in 1610 moved to a house just outside the main courtyard of the Palace of Fontainebleau where he had Royal protection.

The provenance of our ewer is also notable, it came from the collection of Sir Andrew Fountaine (1676-1753) of Narford Hall in Norfolk. Professor Timothy Wilson describes this as “the most spectacular and historic private collection of High Renaissance maiolica ever formed in England”. The Fountaine Collection also contained Palissy ware, Limoges enamels and Saint-Porchaire pottery. Much was acquired on his two Grand Tours and through his friendship with Cosimo III de’ Medici, Grand Duke of Tuscany, our ewer was likely to have been bought on his visit to Paris. The collection was dispersed in 1884 where our ewer sold for the large sum of £199.

Condition:
The handle restuck, tip of nose of lion on handle restored

Acquired by the Musée du Louvre