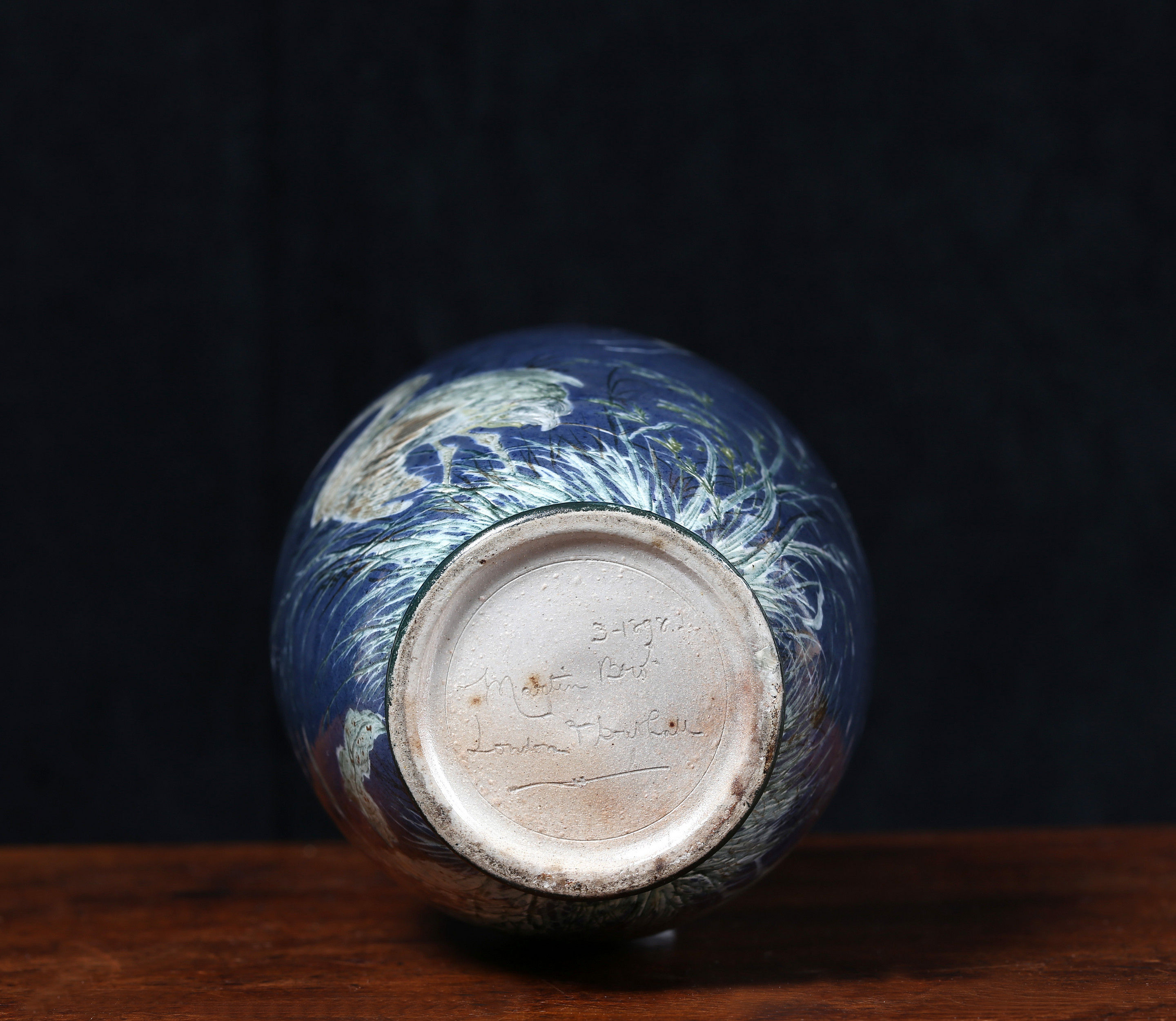 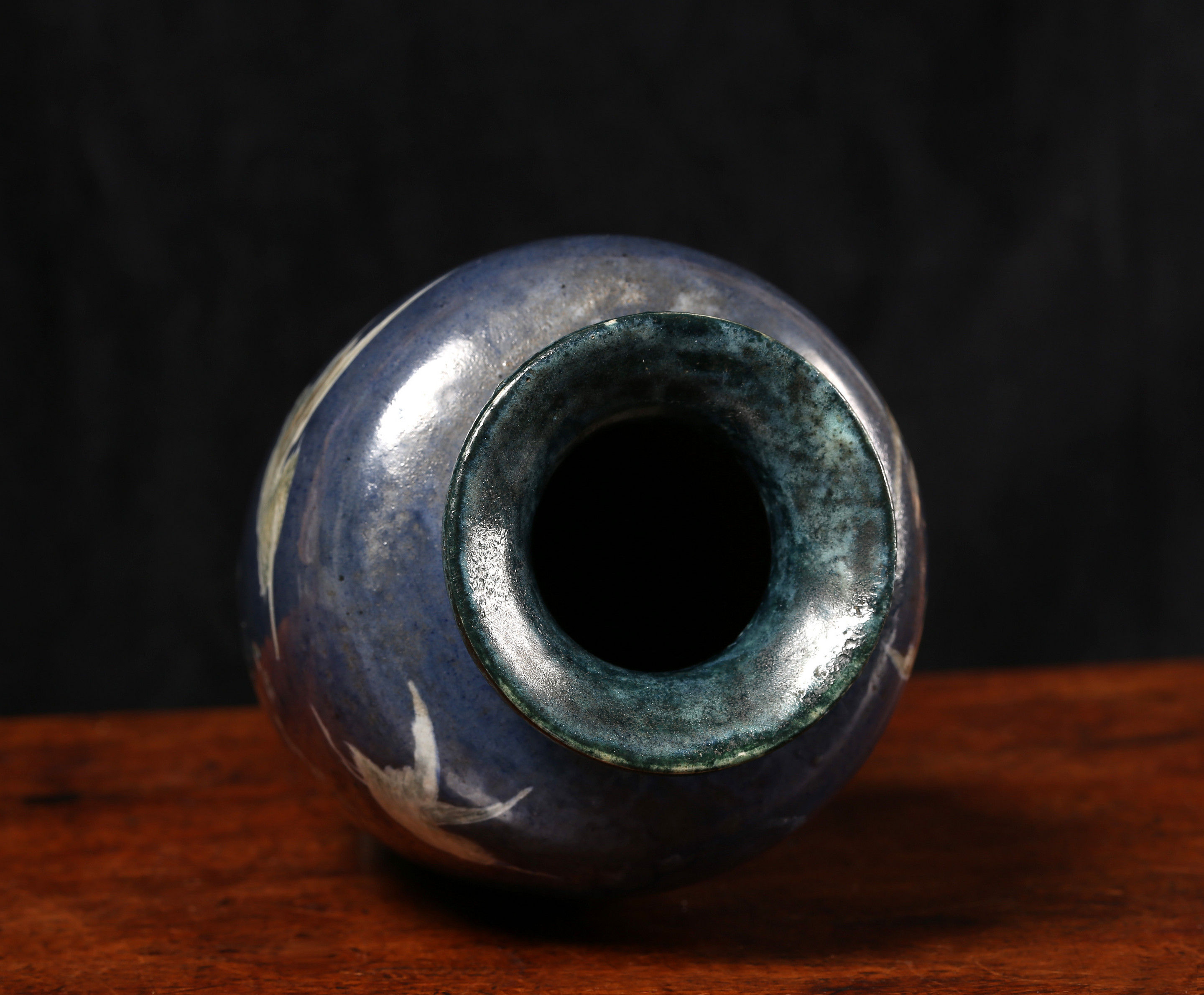 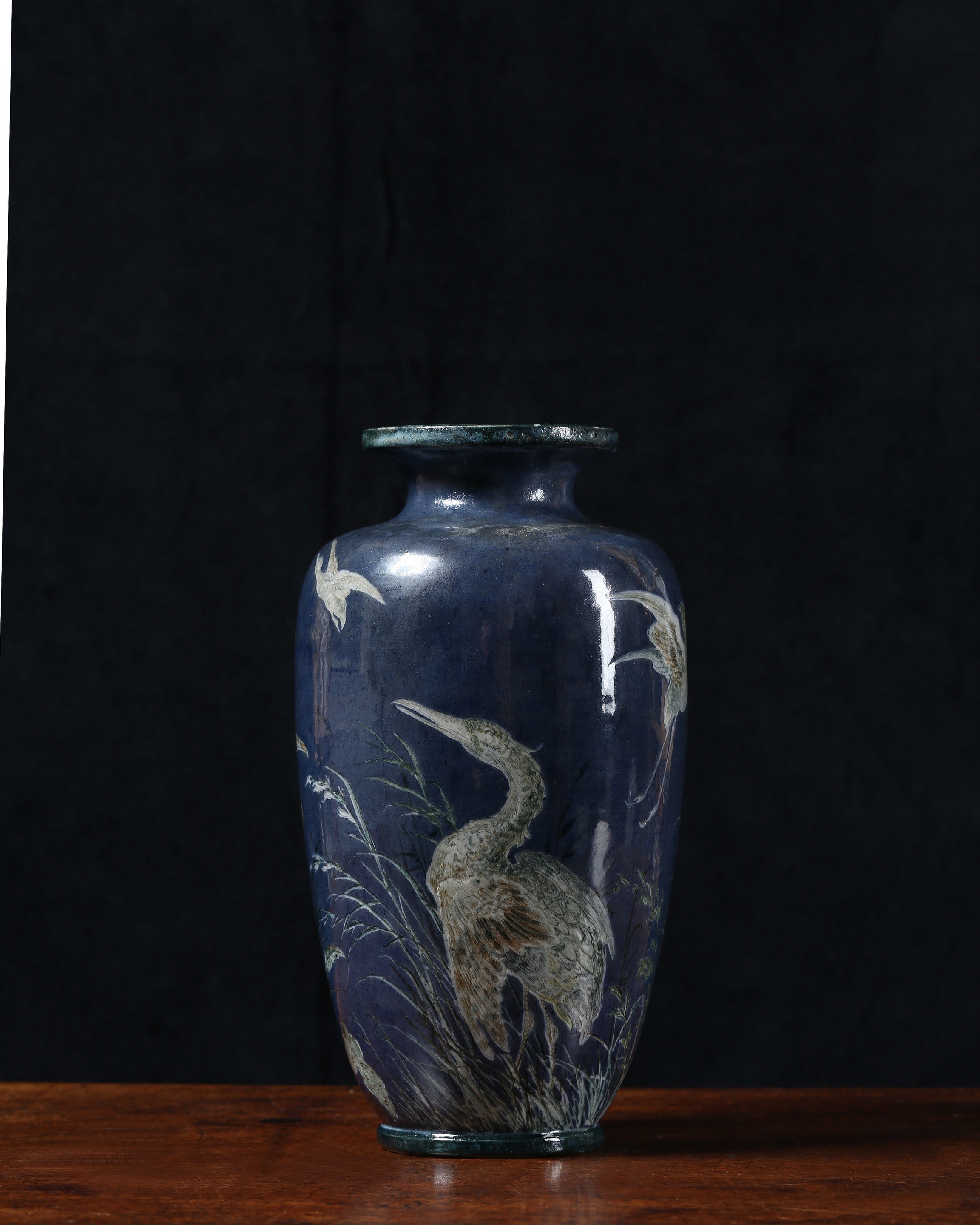 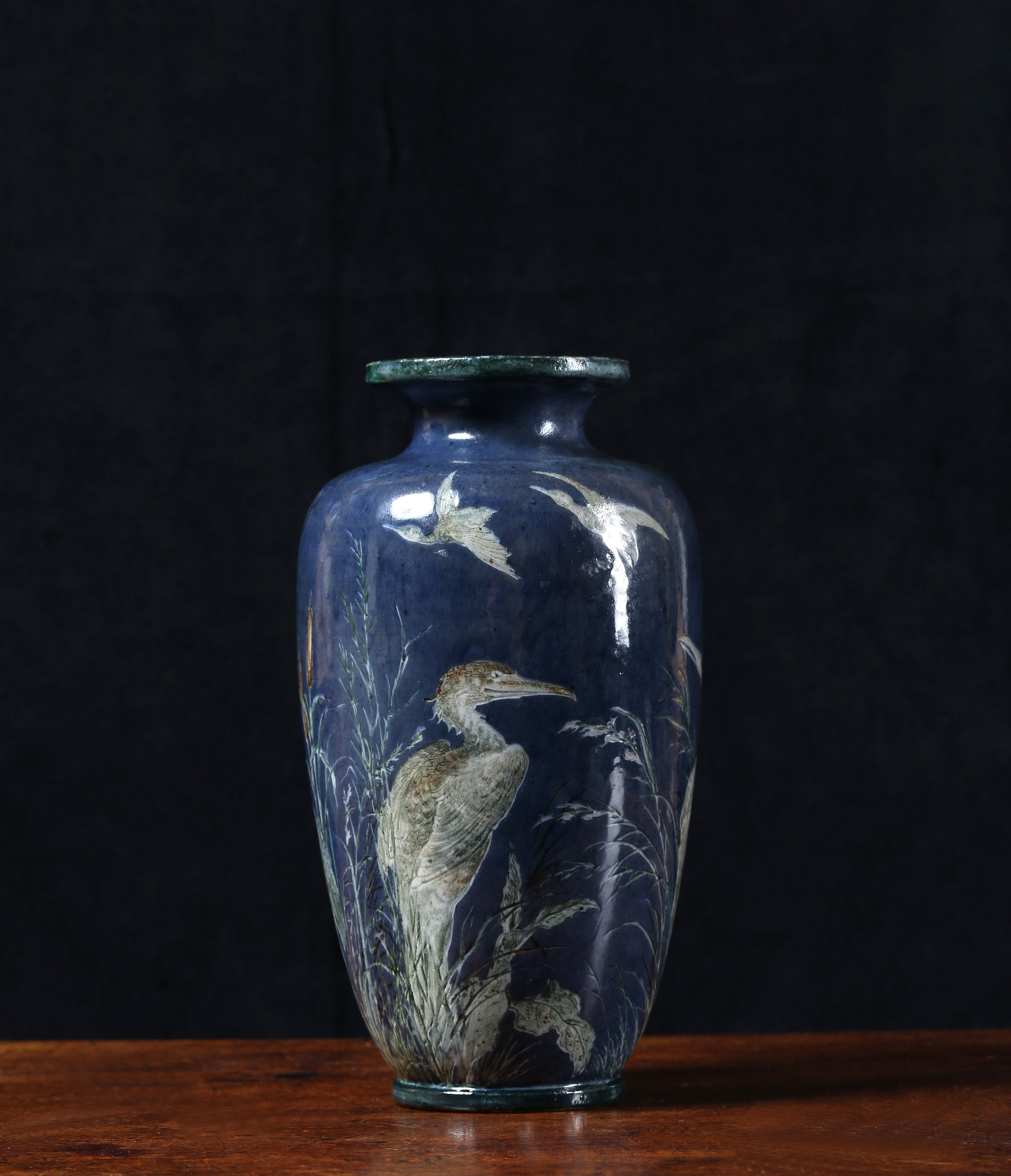 The blue body incised with anthropomorphic birds standing amongst bulrushes and others in flight. This is a particularly subtly defined example of incised decoration on a Martin Brothers vase, using different depths, and angles of incision then applying colours to the incised areas.

Incised decoration on Martinware can be attributed to either Edwin Martin or Walter Edward Willy up until 1899 when Walter Edward Willy left the factory. Since they were both taught to decorate by H.W. Fawcett, their work can be difficult to differentiate on stylistic grounds. In this case however, a strong resemblance can be found between a drawing of ‘three caricatures of birds’, signed by Edwin Martin illustrated in The Martin Brothers Potters, by Malcolm Haslam (1978)(pp89).

Condition – A shallow chip to the lip of the rim restored