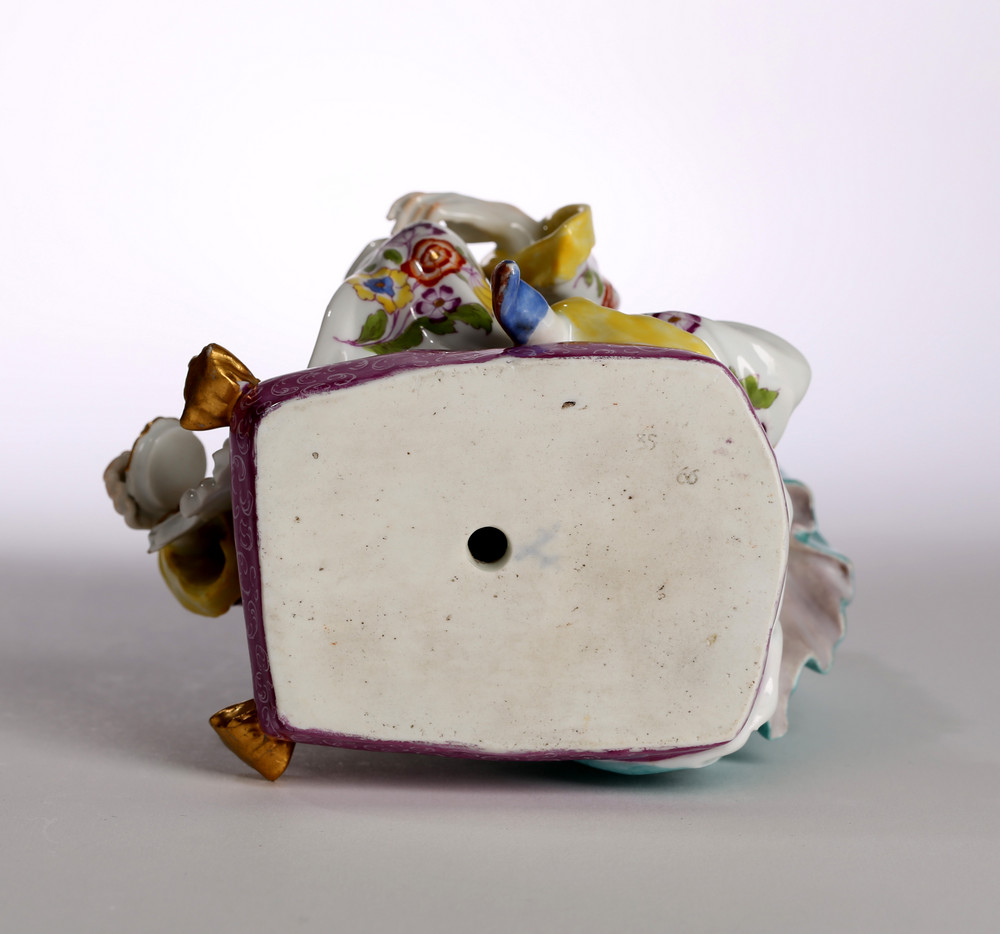 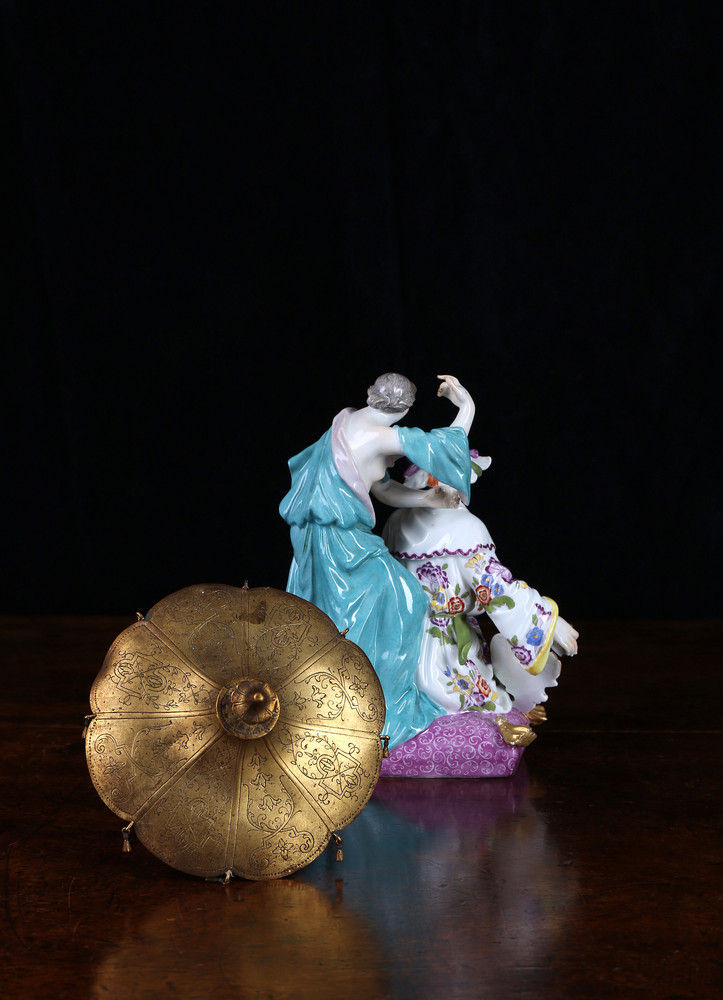 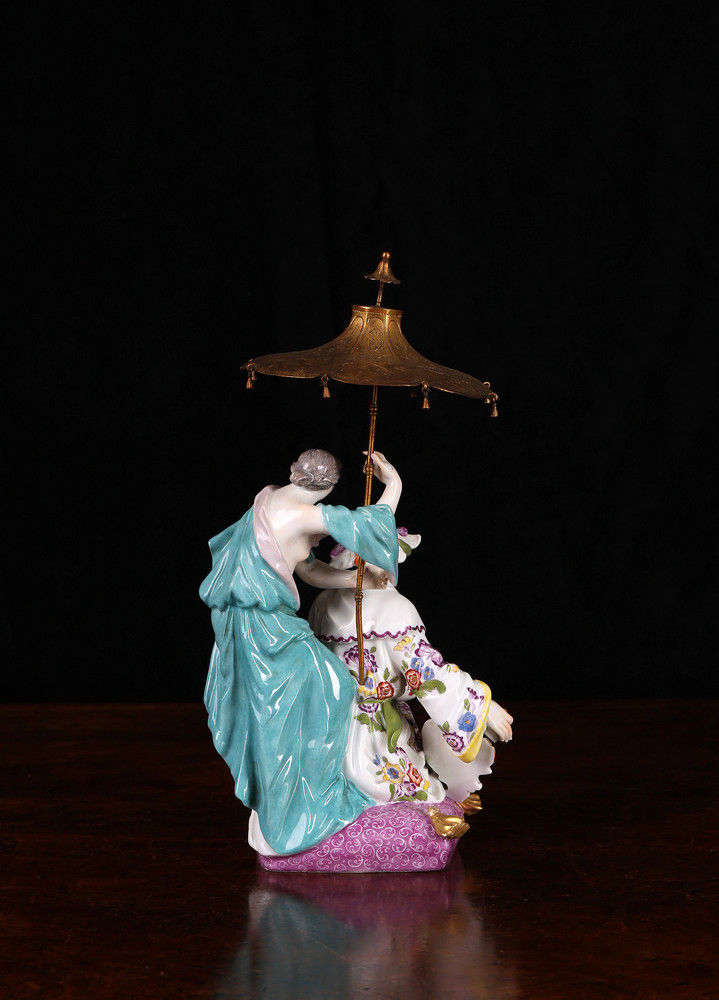 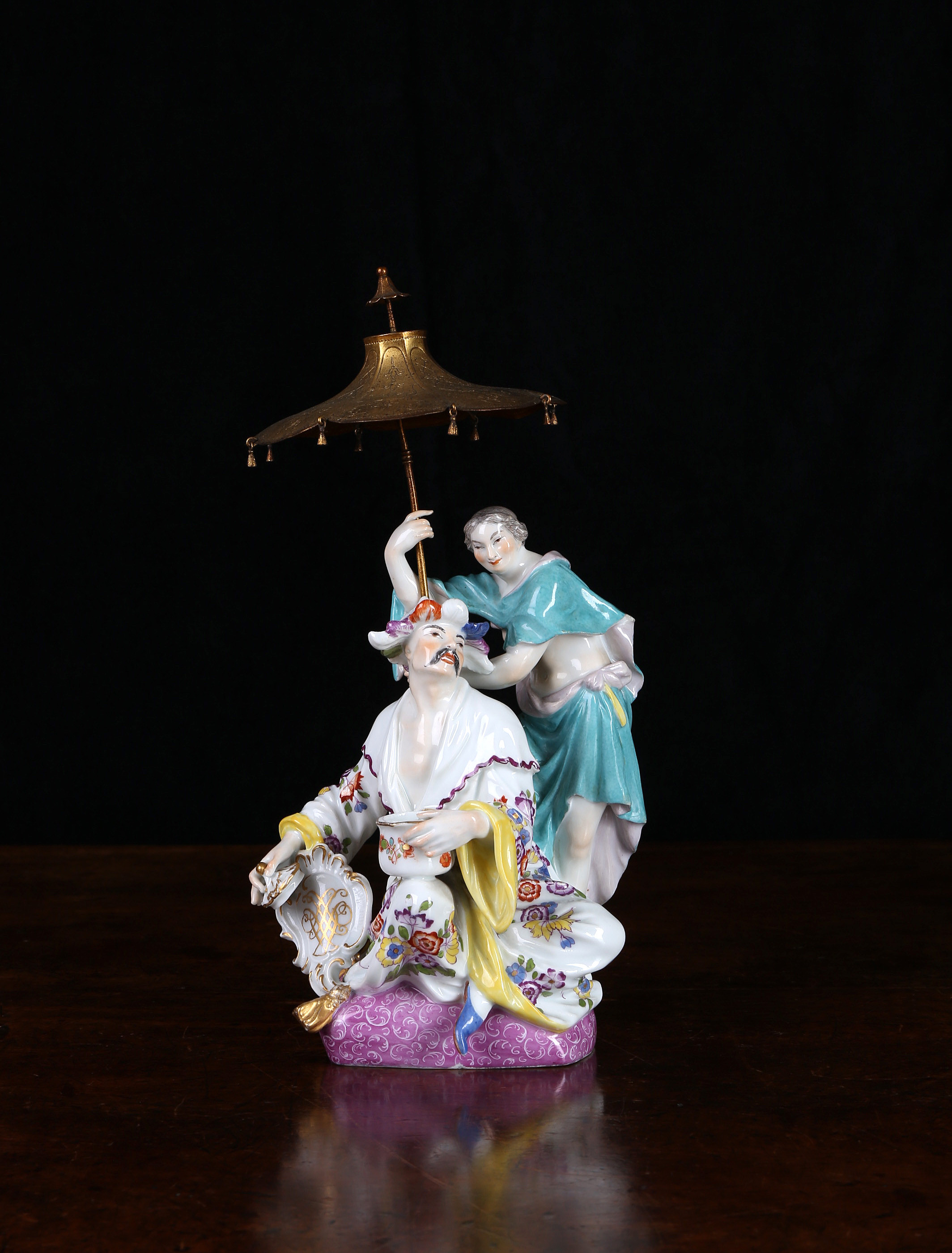 Crossed-swords mark under the base, impressed numbers 35 and 66.

The original model of Kaendler and Reinicke was later remodelled by Friedrich Elias Meyer. This example is the early version, similar to the most important example, the one in the Wadsworth Atheneum which bears the monogram of Clement August, Prince Bishop of Cologne, which must predate his death in 1761. The colouring of our group suggests a date in the mid 1750s.
The group is normally found as part of a rococo desk set, perhaps our example once also sat on such a stand but it is also possible that it was issued as a free-standing group too.

The monogram on the shield indicates that this was a special commission.
The gilt-metal parasol is original and a rare survival, the end of the staff rests neatly in a fold of the cloth at the reverse. Another such gilt-metal parasol is known in a private collection. Some versions have rather unsatisfactory porcelain parasols.

A slightly later example, remodelled around 1767 is in the Bayerisches Nationalmuseum and had originally been a Wittelsbach possession from The Residenz, Munich, it is Illustrated in Triumph of the Blue Swords, 2010, cat. No. 383.
A further example is recorded as having been in the possession of Frederick the Great.

Condition – One finger of attendant missing, chip to edge of her robe and small chip to base of purple cushion. No restoration.