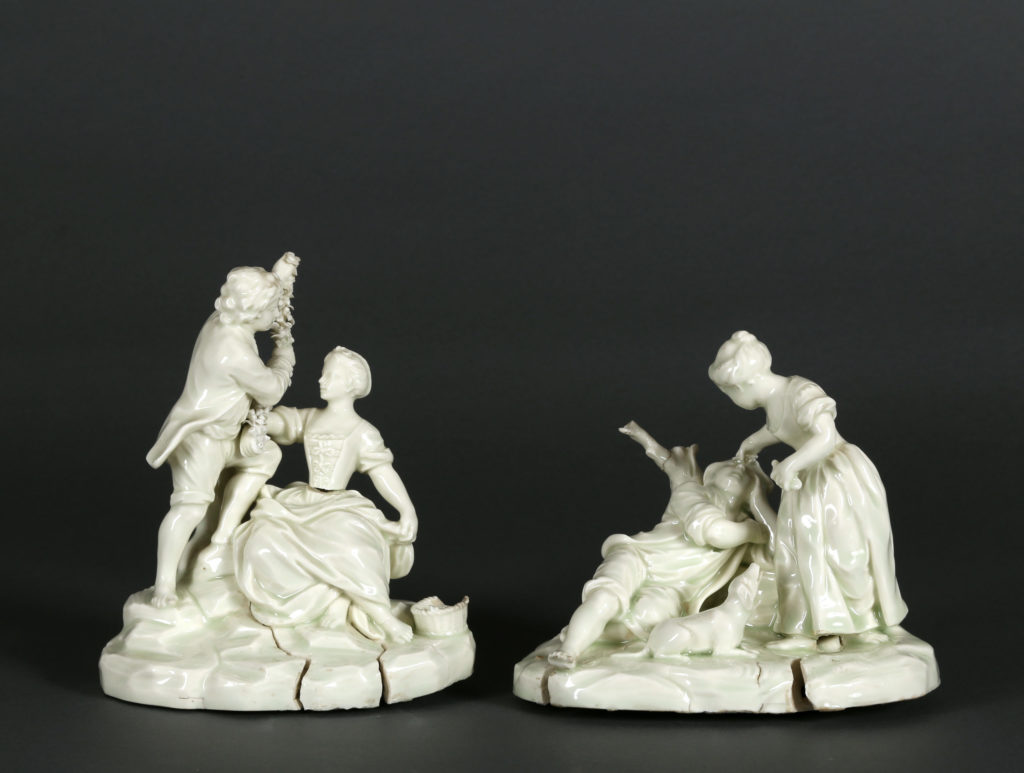 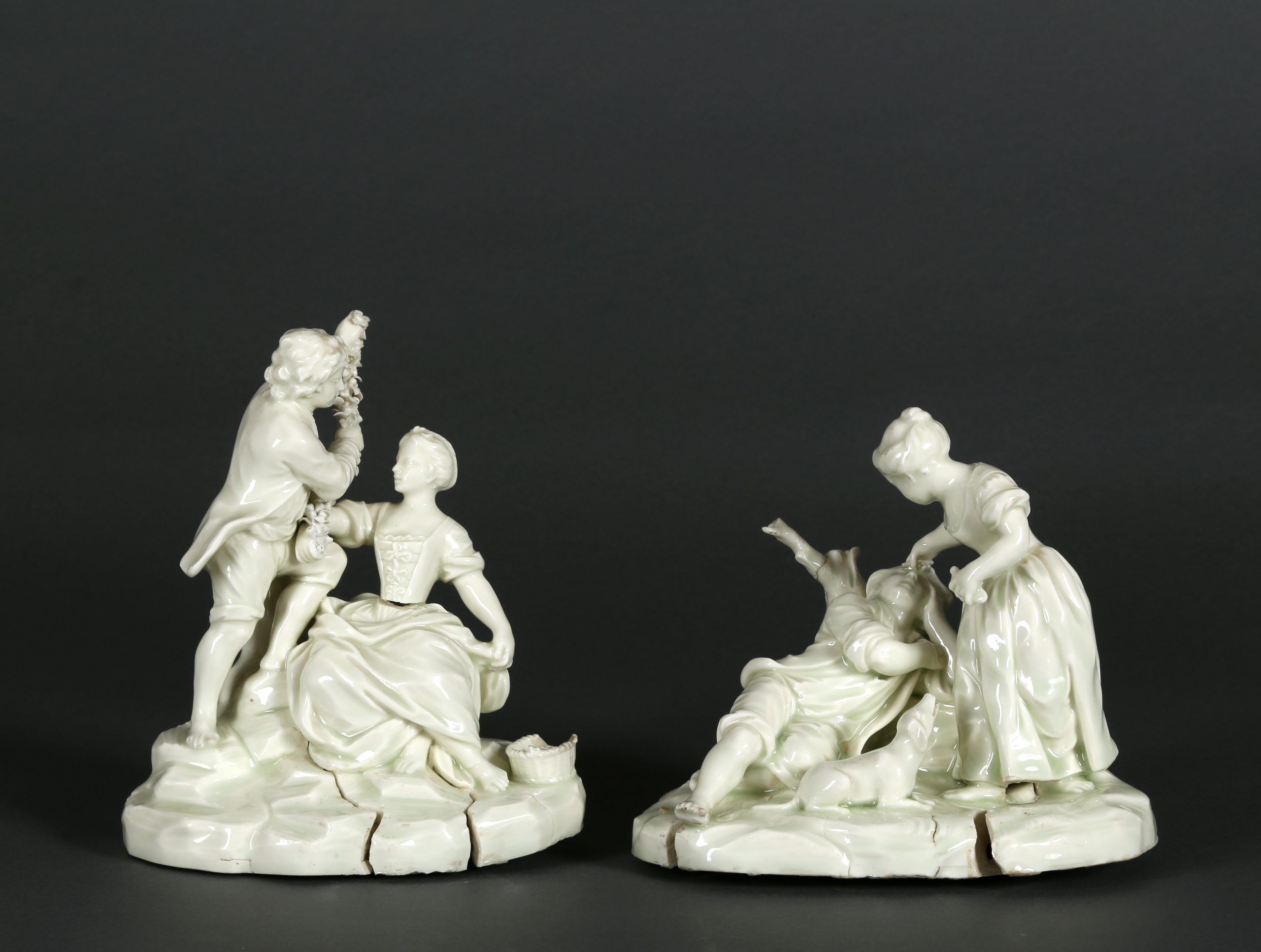 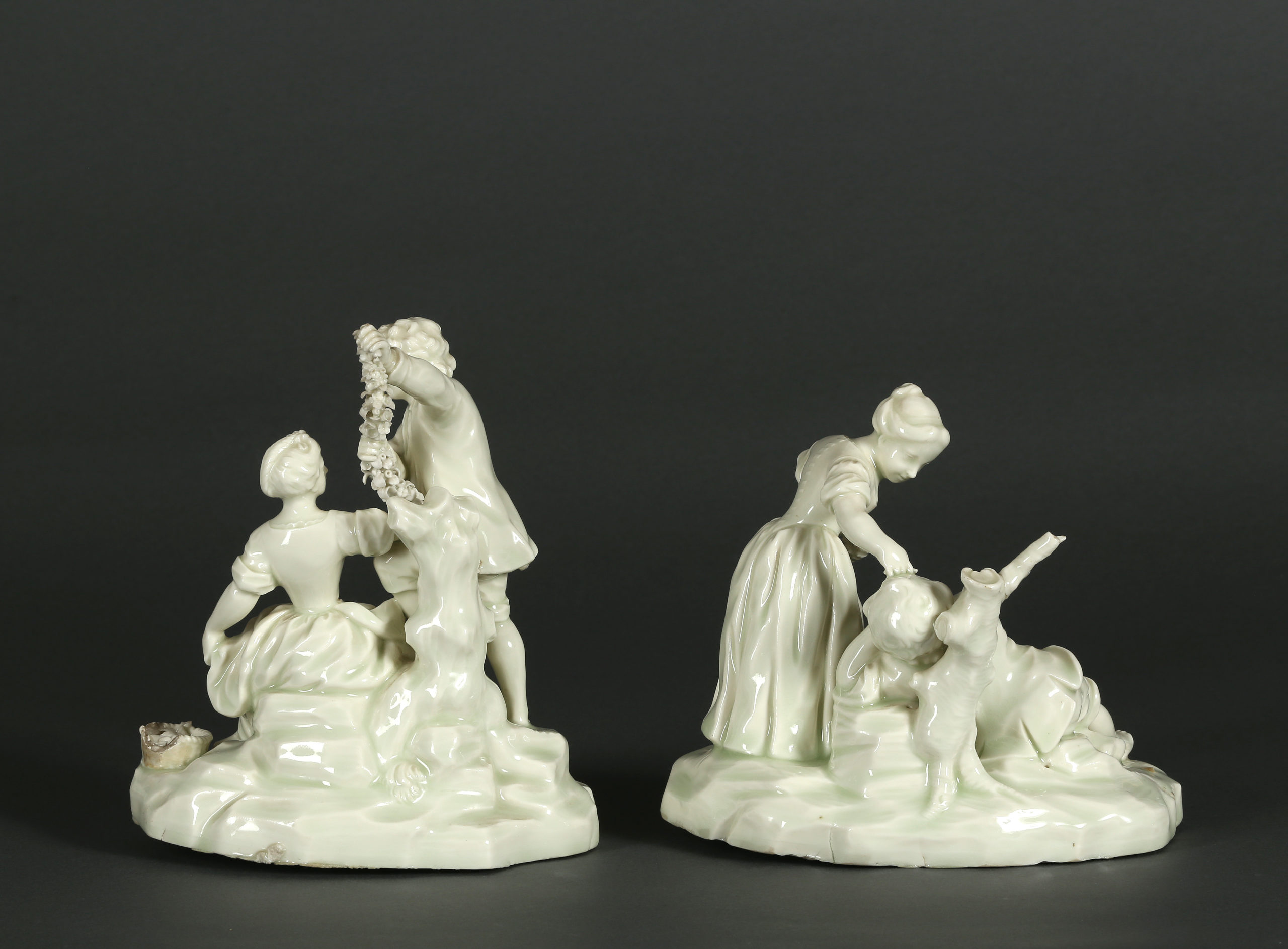 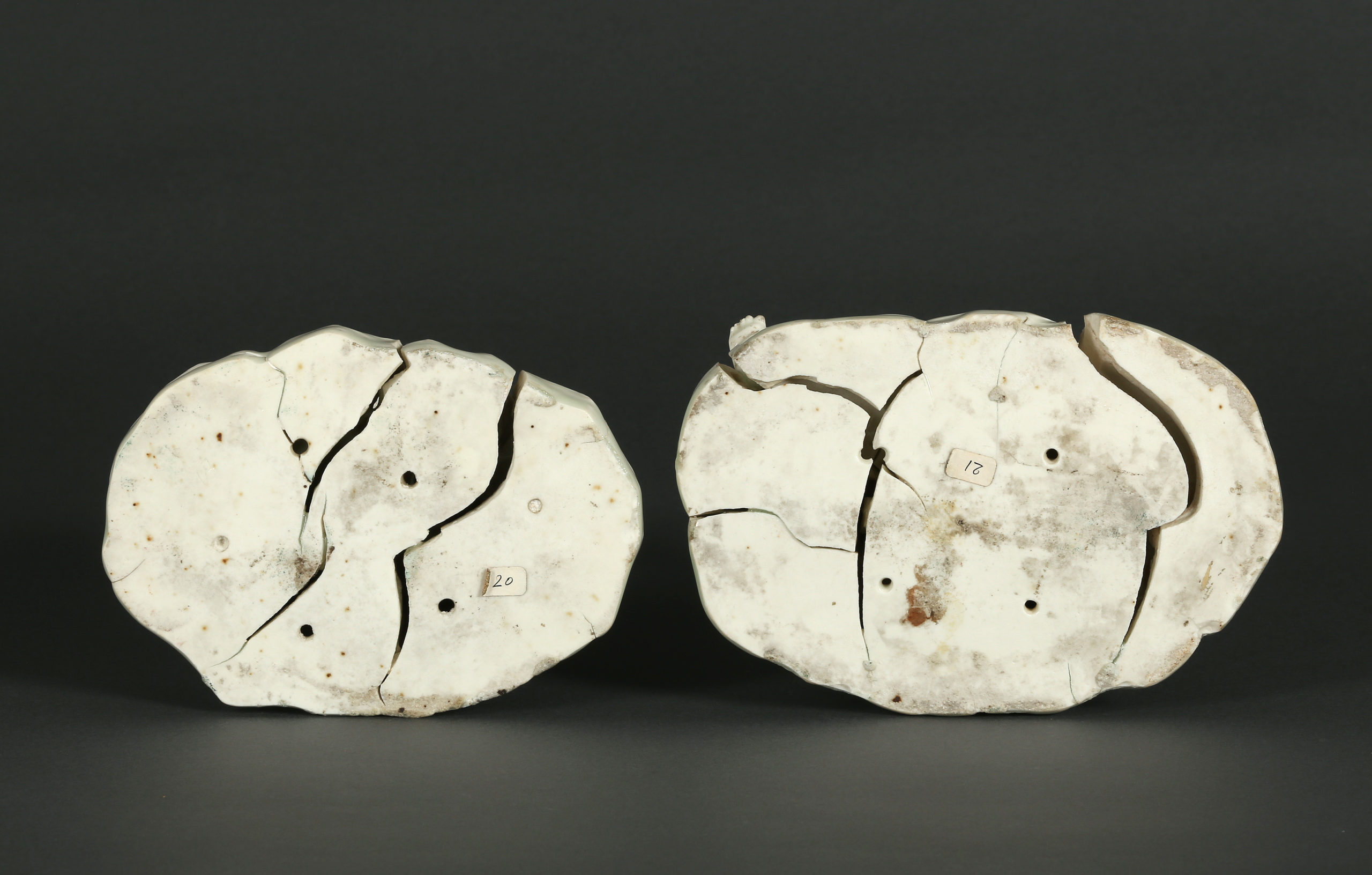 The Royal Porcelain Factory or Manifacture Royale de Porcelaine was established under the patronage of King Vittorio Amedeo III in the fourteenth century castle of Vinovo near Turin.

Pierre-Antoine Hannong was invited to Piedmont by a partner in of the earlier short-lived factory of Vische, Giovanni Vittorio Brodel. Arthur Lane describes Hannong as the black sheep of the famous Strasbourg family who had tried to sell the secret of hard paste porcelain to Sèvres and had briefly established a factory at Vincennes. He is first recorded at Vinovo on the 1st September 1776. The factory went bankrupt in 1779.

These very heavily potted groups are riven with firing cracks, as are so many Vinovo figures, showing the struggle that Hannong had in firing his paste. These groups are strongly influenced by Sèvres biscuit sculpture and the engravings of François Boucher. 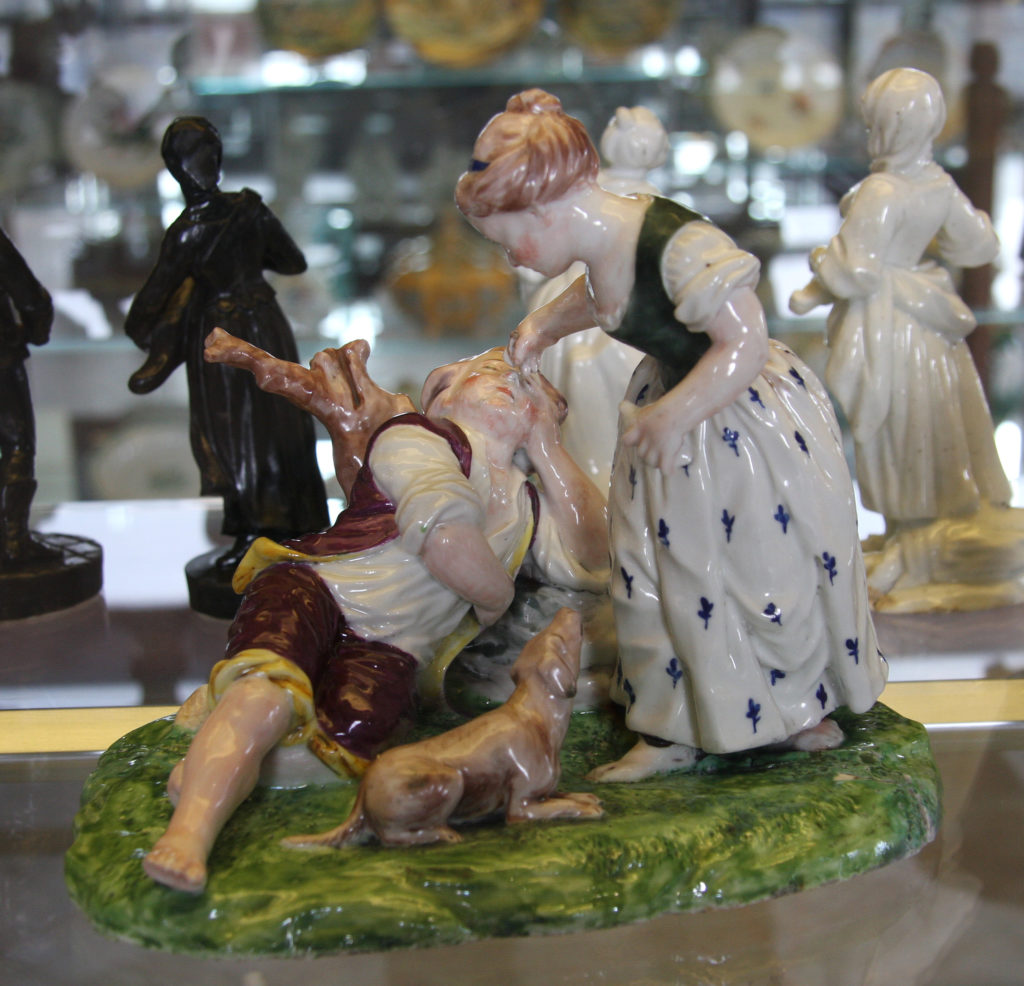