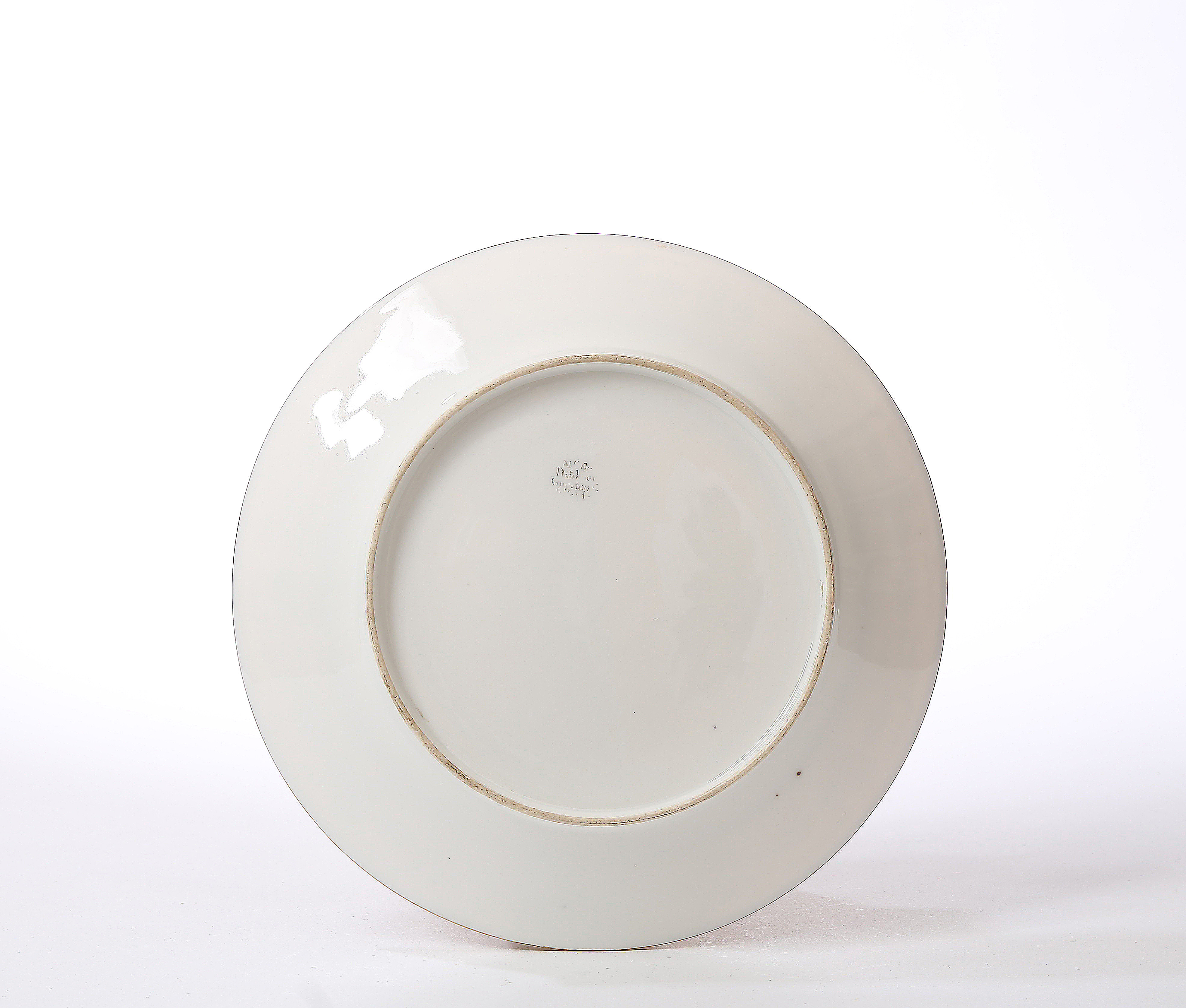 Painted with pears, grapes and wild strawberries with a border of anthemion ornament on an apricot-coloured ground.