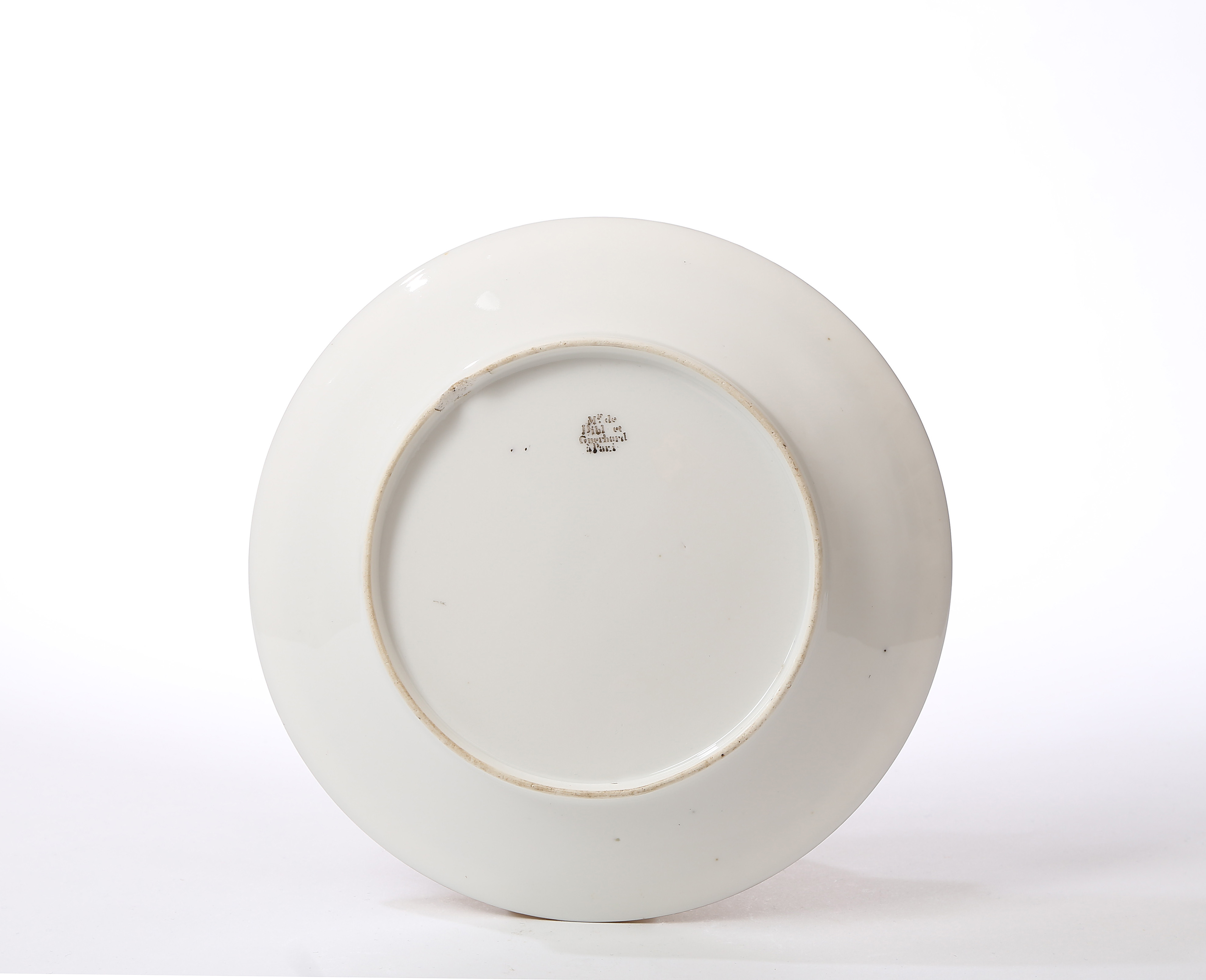 Painted with tulips, primula and forget-me-nots in a central roundel within a salmon-pink cavetto, the border with gilt bands.