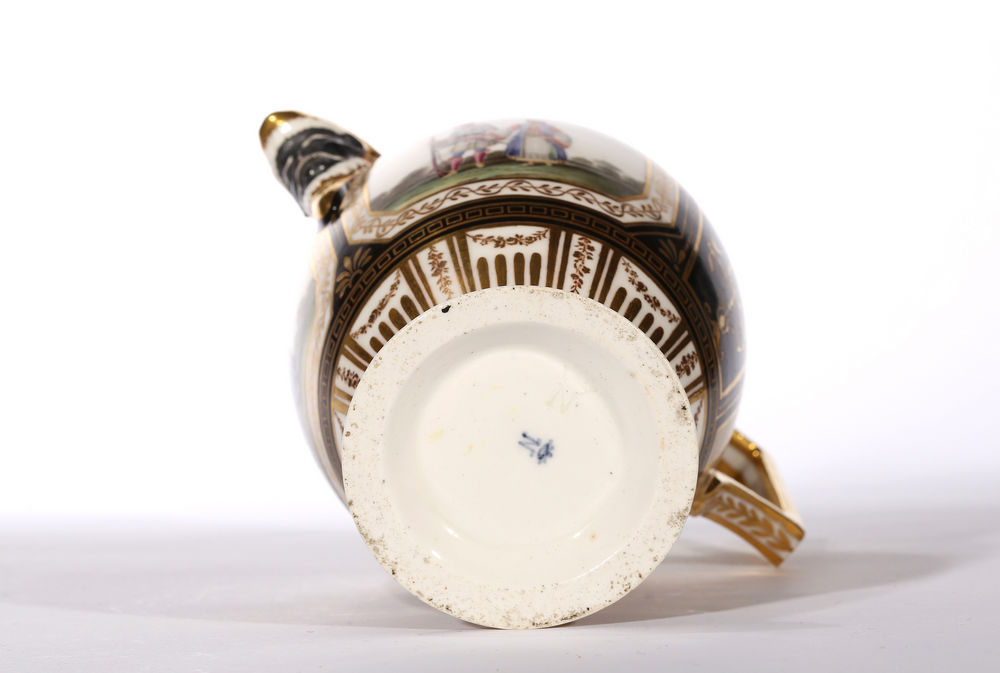 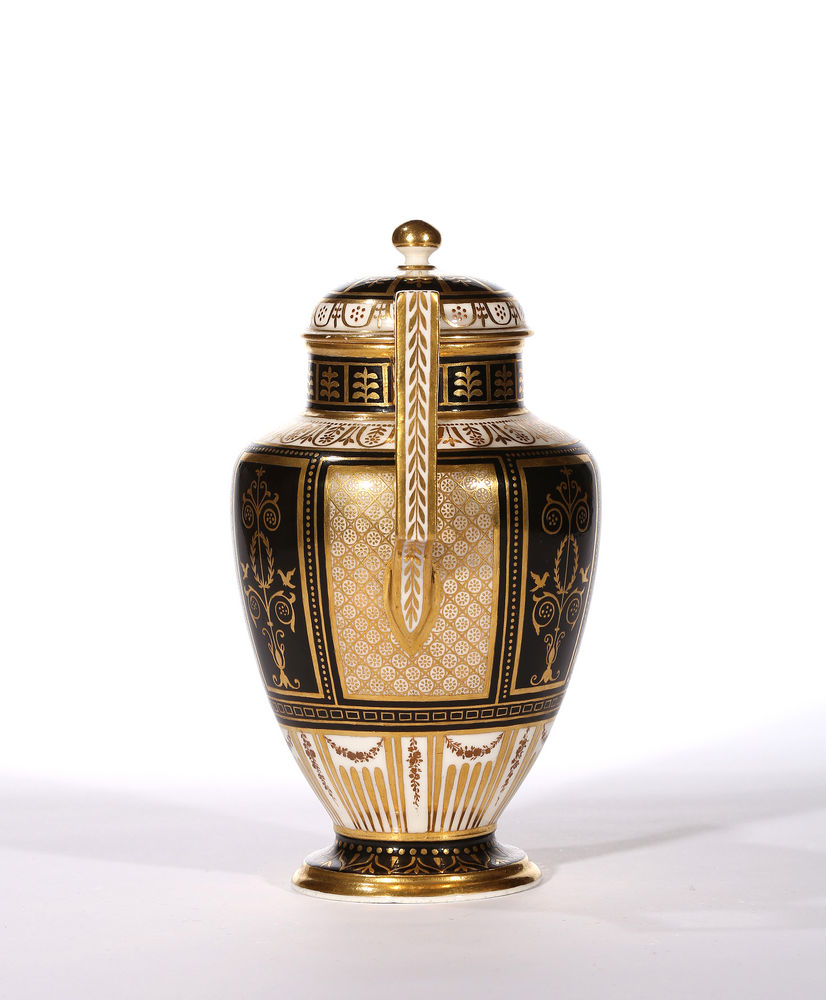 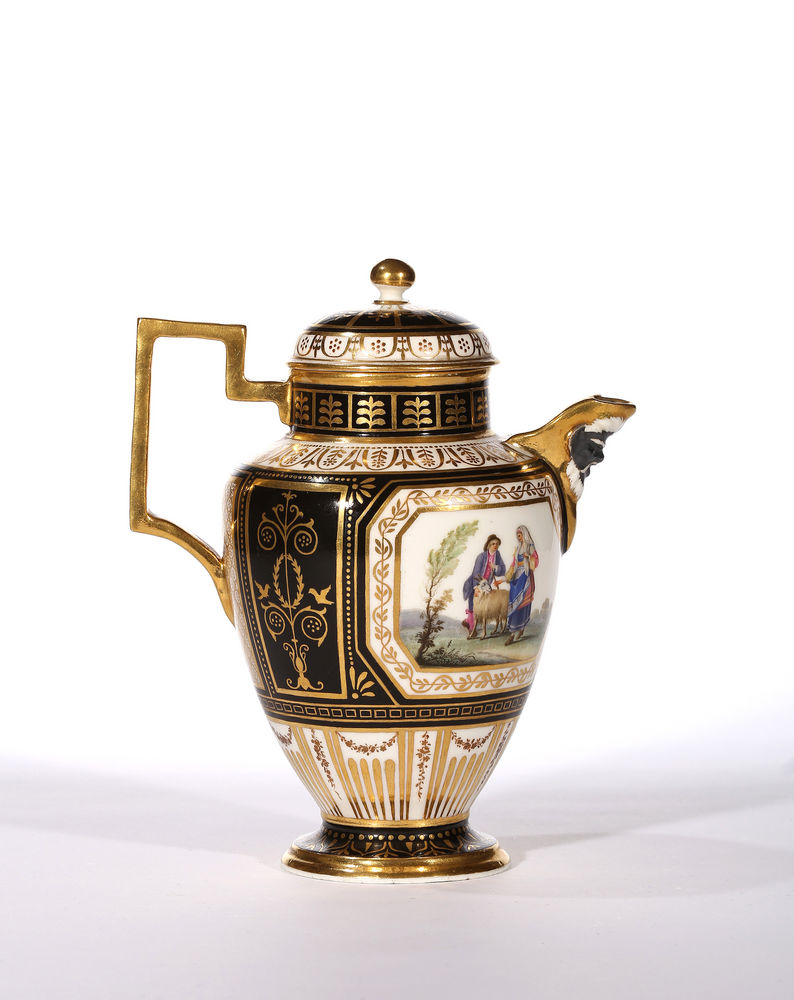 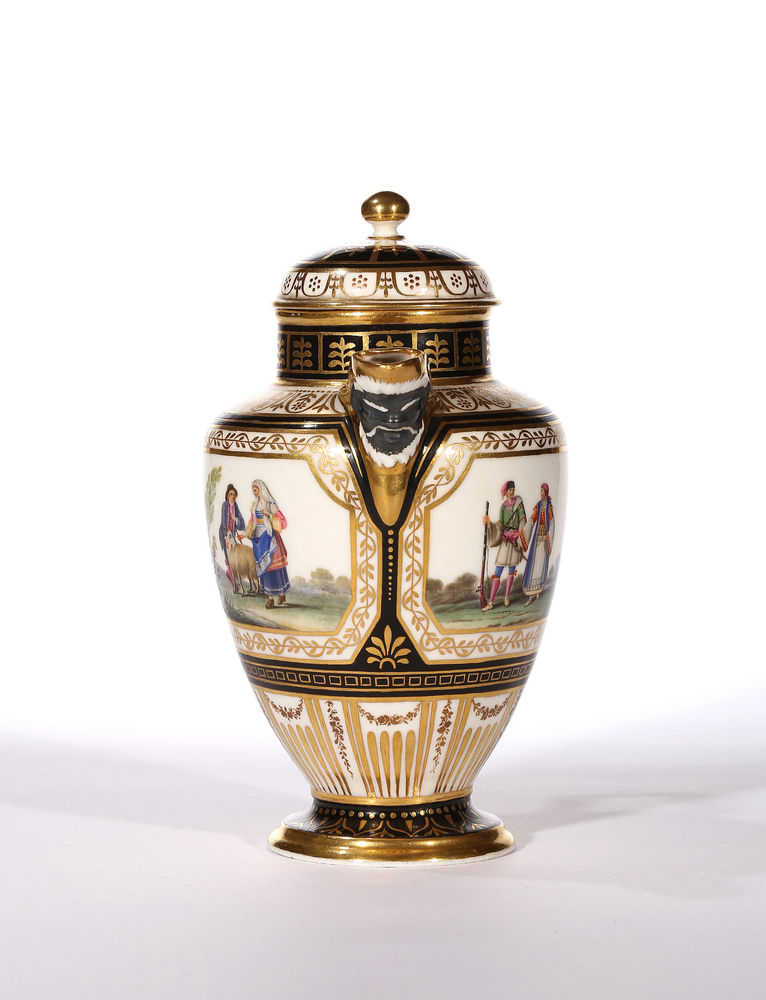 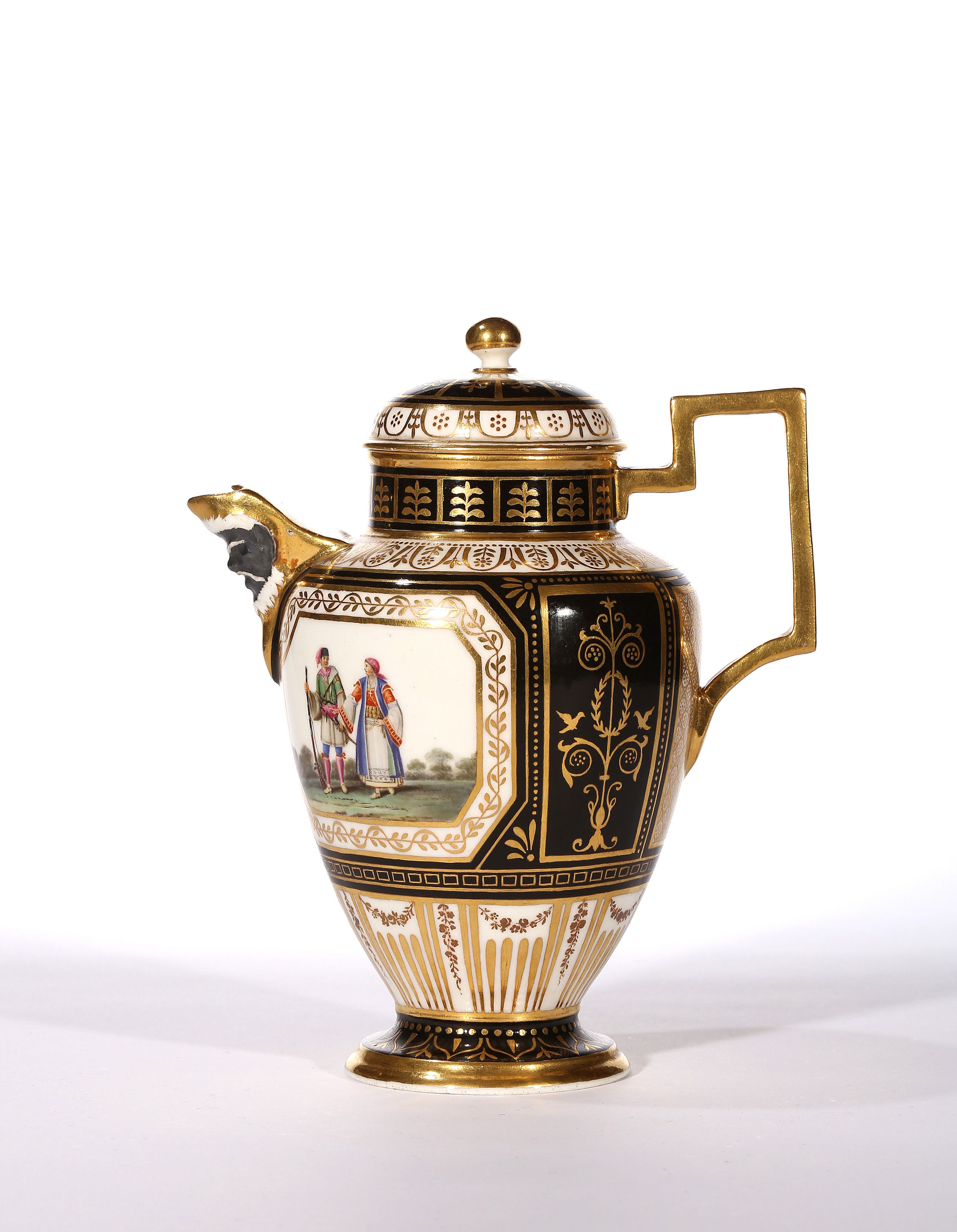 Circa 1795
Impressed crowned N mark and also in underglaze-blue

The body applied with angular handle and masked spout. Reserved on an intricate and richly gilt black ground, with two panels of pairs of figures in regional costume.

Regional costumes of the Kingdom of Naples and Sicily were celebrated on the service ‘Vestiture del Regno’ (1784) for which gouaches were commissioned by Dominico Venuti who hired Saverio Della Gata and Alessandro D’Anna to travel round the country recording them. The queen is said to have preferred them to the classical decoration inspired by the Pompeiian excavations and they remained a popular subject.

The couple with the man holding a long-barrelled-musket are wearing the traditional dress of the small rural village of Villa Badessa, which was established in 1743 by the migration of 98 Orthodox Christians from the Muslim village of Piqeras in southern Albania. They were welcomed and financially supported by King Carlo VII. The community and their costumes still survive and their Church of Santa Maria Assunta is the only Byzantine Greek Orthodox church in the Abruzzo region.

Condition:
No restoration, wear to gilding on inner rim of neck