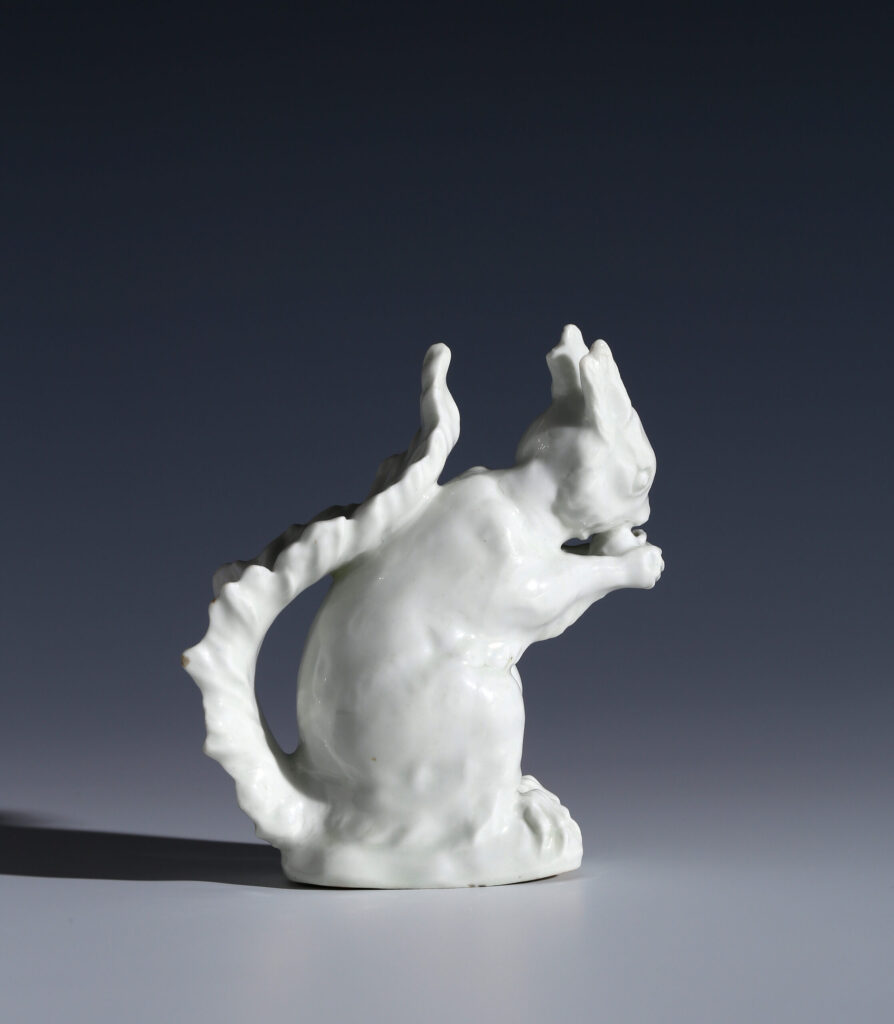 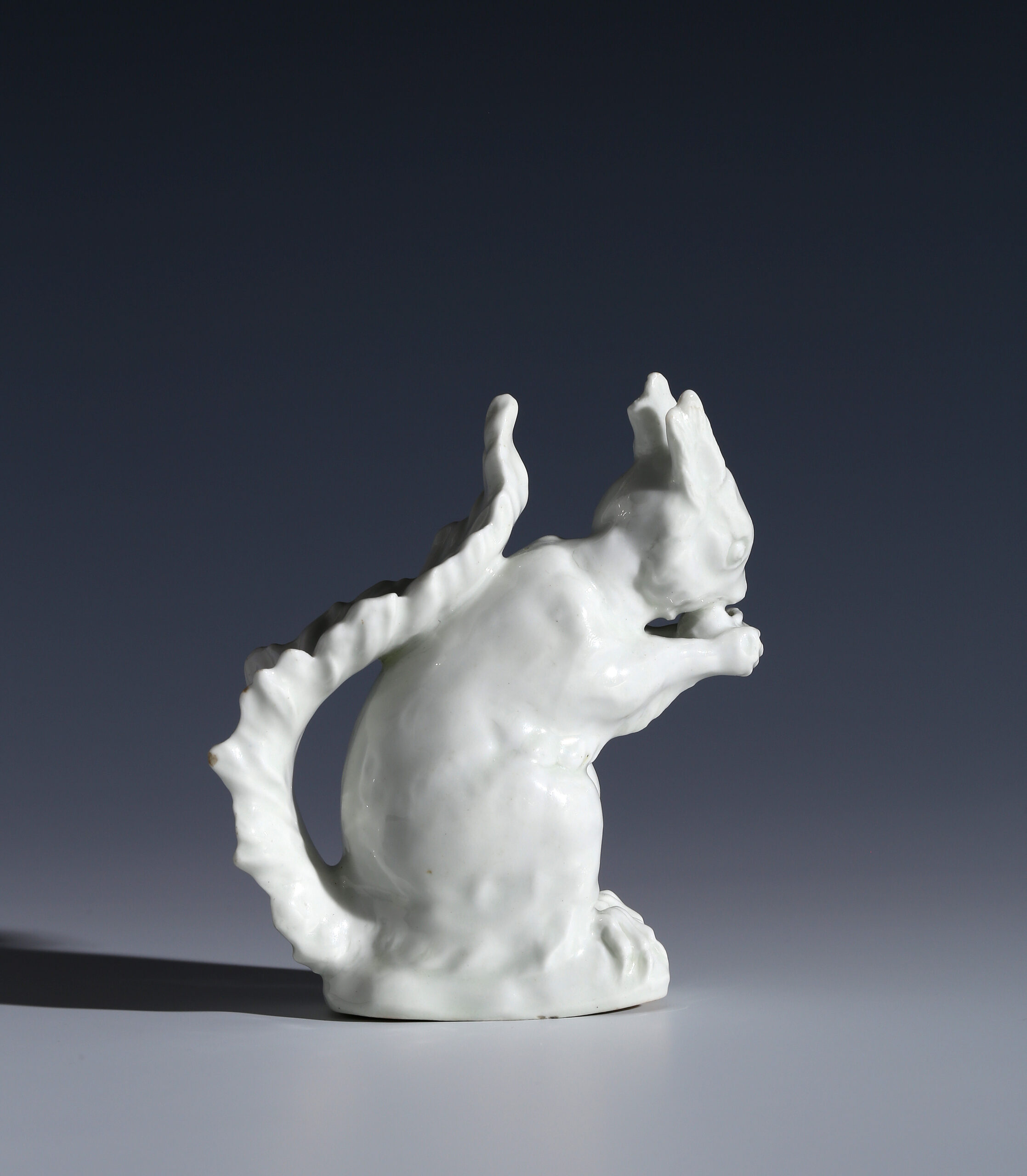 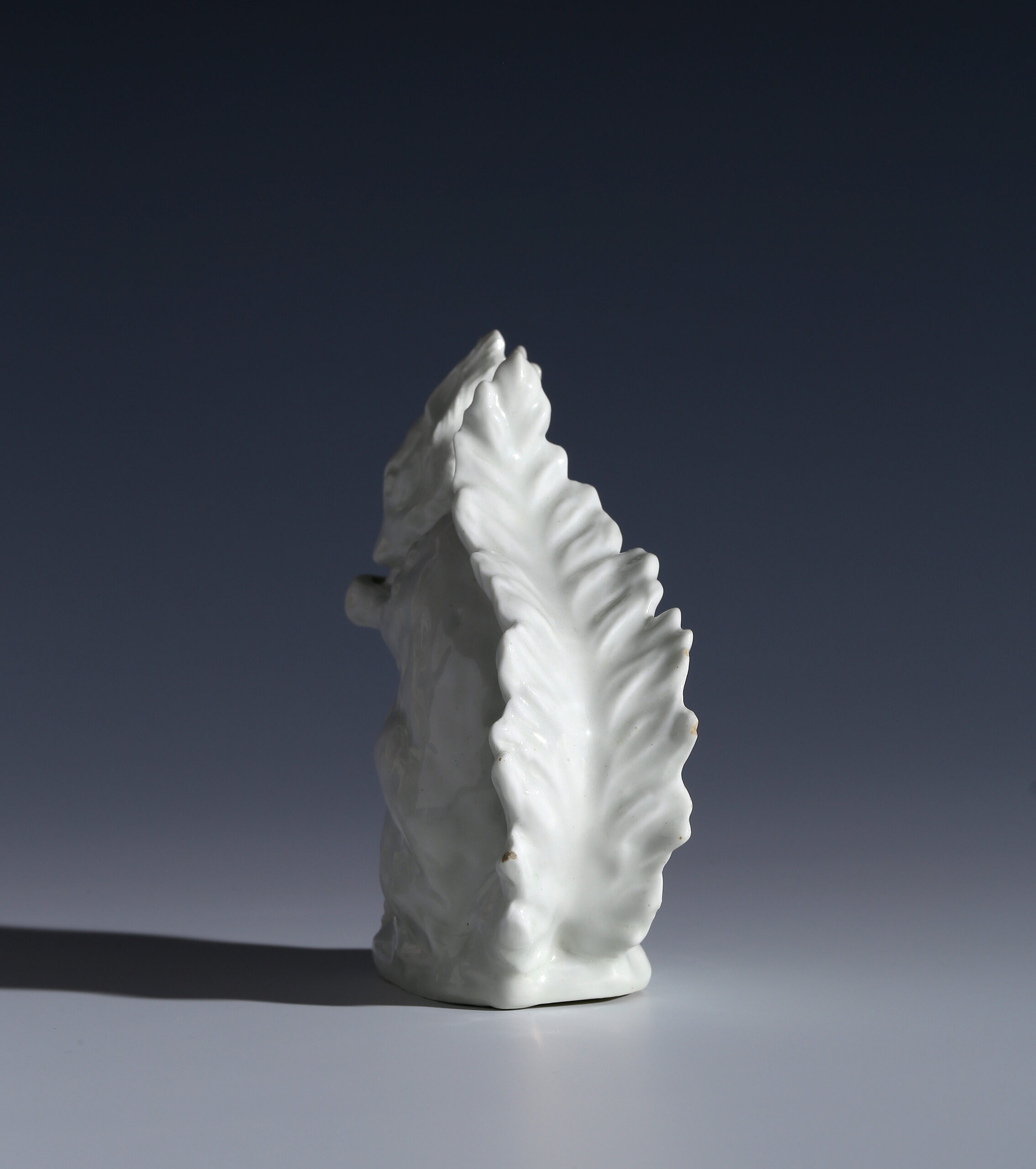 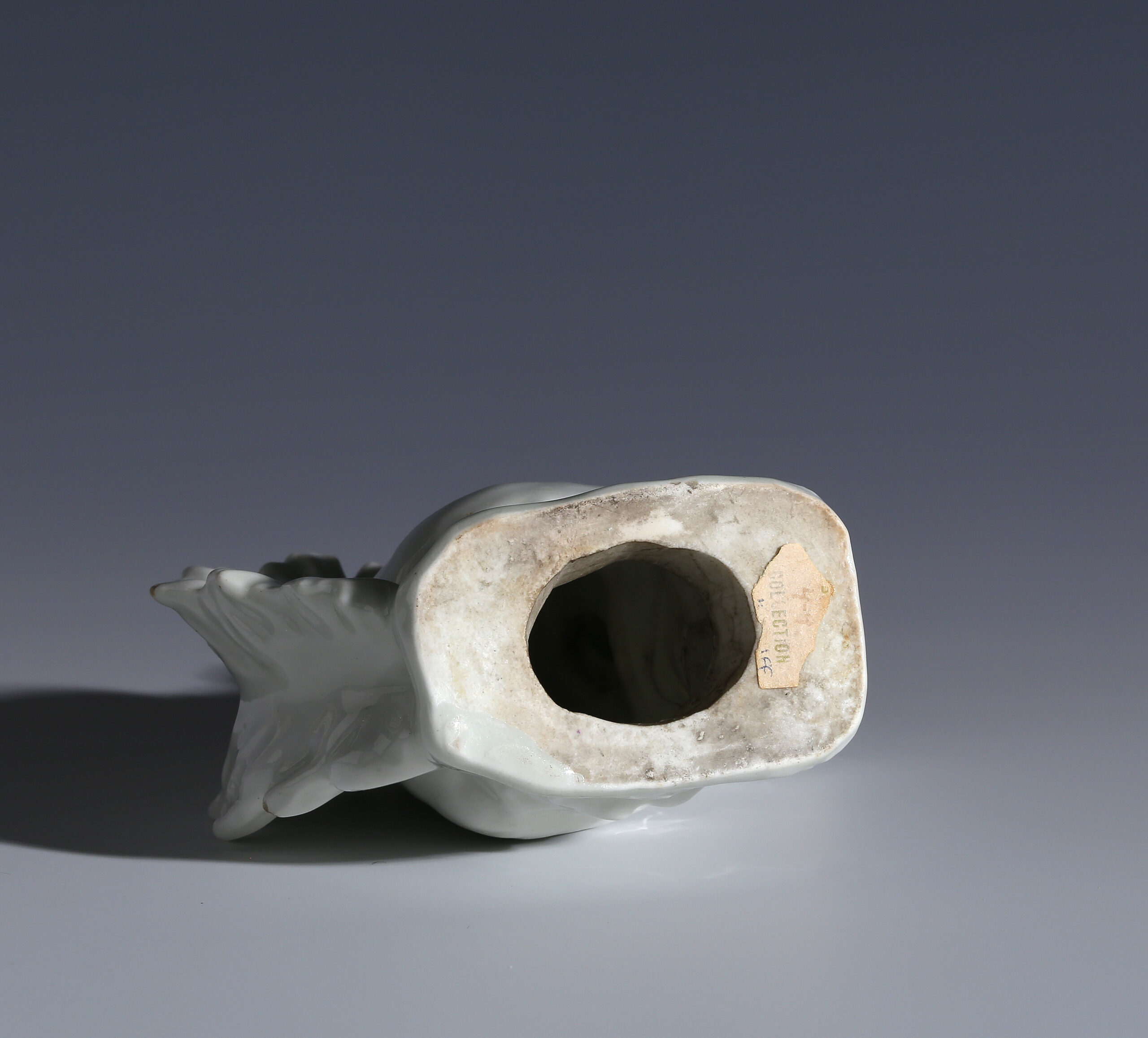 This unique figure is one of only three St James’s models that are taken directly from actual Chelsea ‘Triangle Period’ examples. The others being the finch and the ‘Rustic Lovers’ from the National Museum of Ireland.

It is probable that these were copied from models retained by Gouyn as part of his share of the assets when he parted from the Chelsea factory in around 1747 or 1748. Since all three of these very close copies are taken from such early Chelsea models perhaps they are amongst Gouyn’s earliest independent productions after his split from Chelsea. The British Museum’s Chelsea ‘Rustic Lovers’ is one of only two figure-models that bears the ‘crown and trident’ mark, which was perhaps retailed from Mr Stables shop on the corner of Crown and Sceptre Court which we know was supplied by Gouyn. They could date from as early as 1747, the year in which Gouyn started paying rates on the property in Brick Lane, which has been suggested as the actual site of manufacture (Valpy 1983, pp. 196 & 197)

Already by 24 Feb 1749 Nicholas Sprimont was publicly distancing himself from the Crown and Sceptre Court shop stating that Chelsea porcelain can only be bought at the ‘manufactory at Chelsea’ and on 9 April 1750 states ‘that I am not concern’d in any shape whatsoever in the goods expos’d to sale in that shop’ which was still calling itself ‘The Chelsea China Warehouse’ (Valpy 1994, p. 317).

It must have been very galling for Sprimont to have had someone pirating his works and selling them as Chelsea and conceivably it is this which led Sprimont to introduce the new Raised-Anchor mark to differentiate his ‘true Chelsea’ work from Gouyn’s versions. Gouyn, as the erstwhile senior partner of the Chelsea factory, seems to have felt that he had some right to call his ware Chelsea even if they were no longer made there.

Condition:
Chip to tip of one ear restored, minute chips on edge of tail