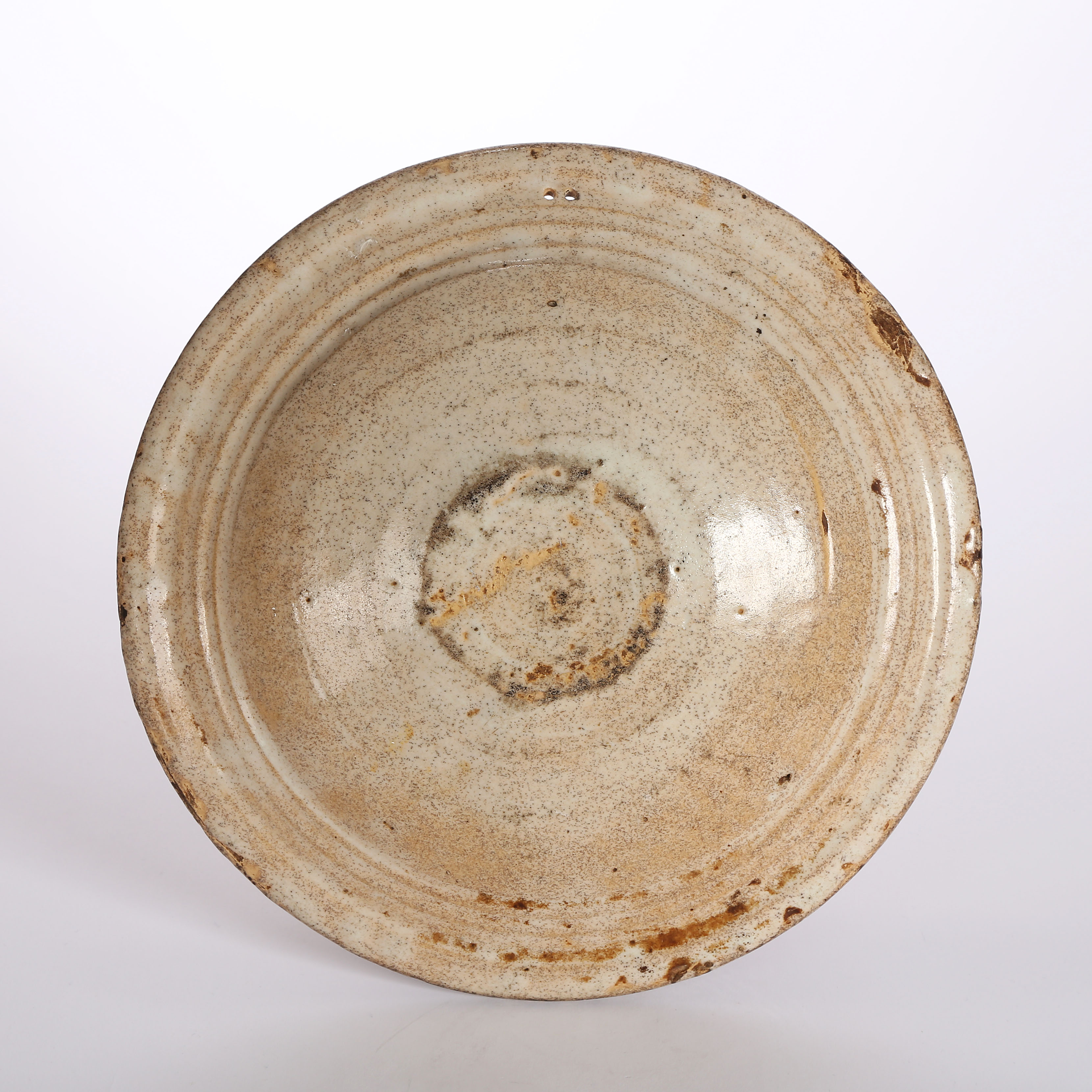 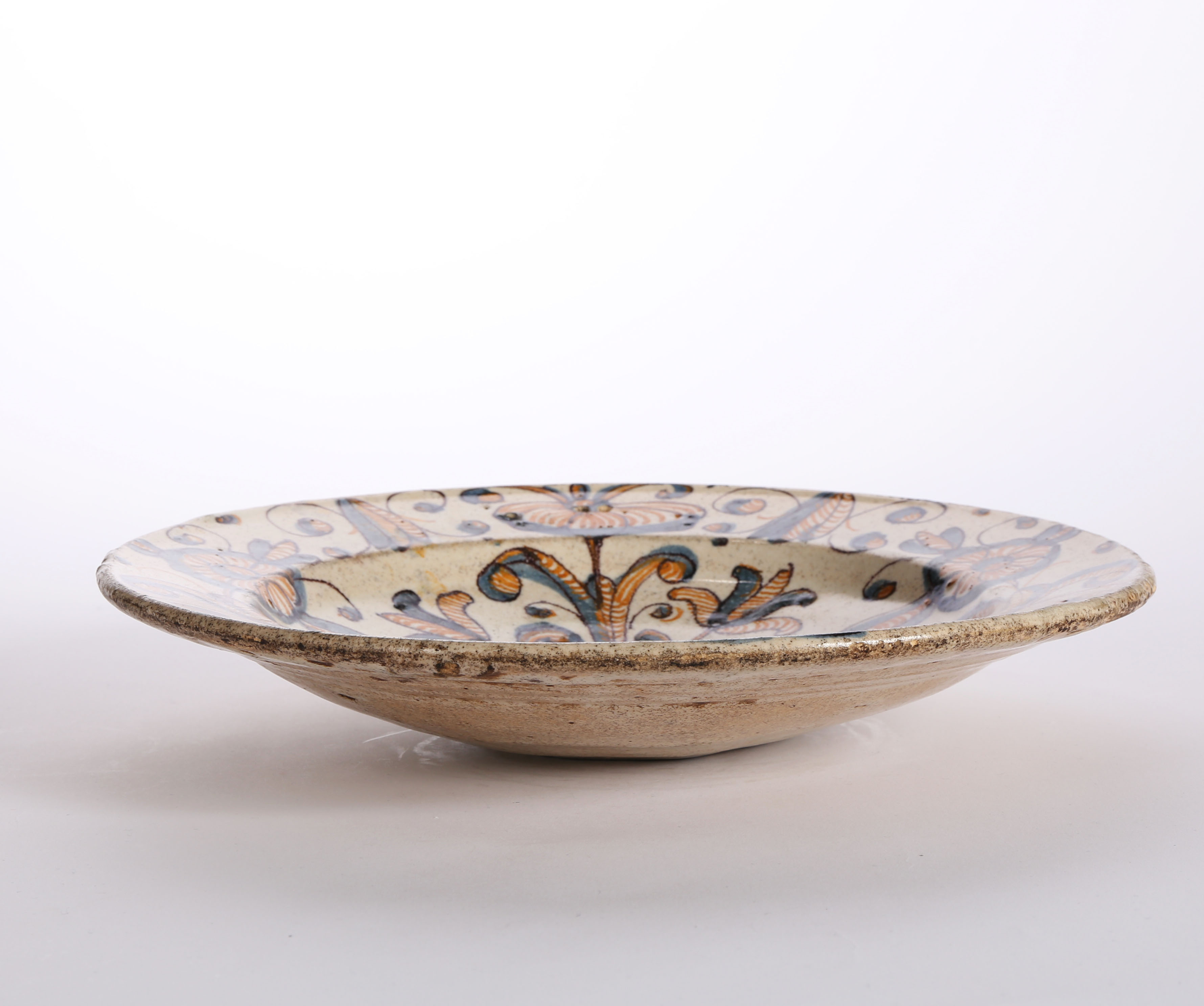 Painted in blue, ochre and outlined in a dark manganese, centred with a ewer displaying flowers.

The design of the ewer, a typical Spanish silver design of the period also found in Talavera pottery is unusual, we have not found another example.

This series of dishes was made at both Talavera and in nearby Puente del Arzobispo from around 1580 to 1650, they are usually heavily potted which accounts for their survival.

The idea of decorating in a limited palette on a white tin glaze derives from the Faenza compendario style.

Condition:
Pierced with two holes for suspension, no restoration