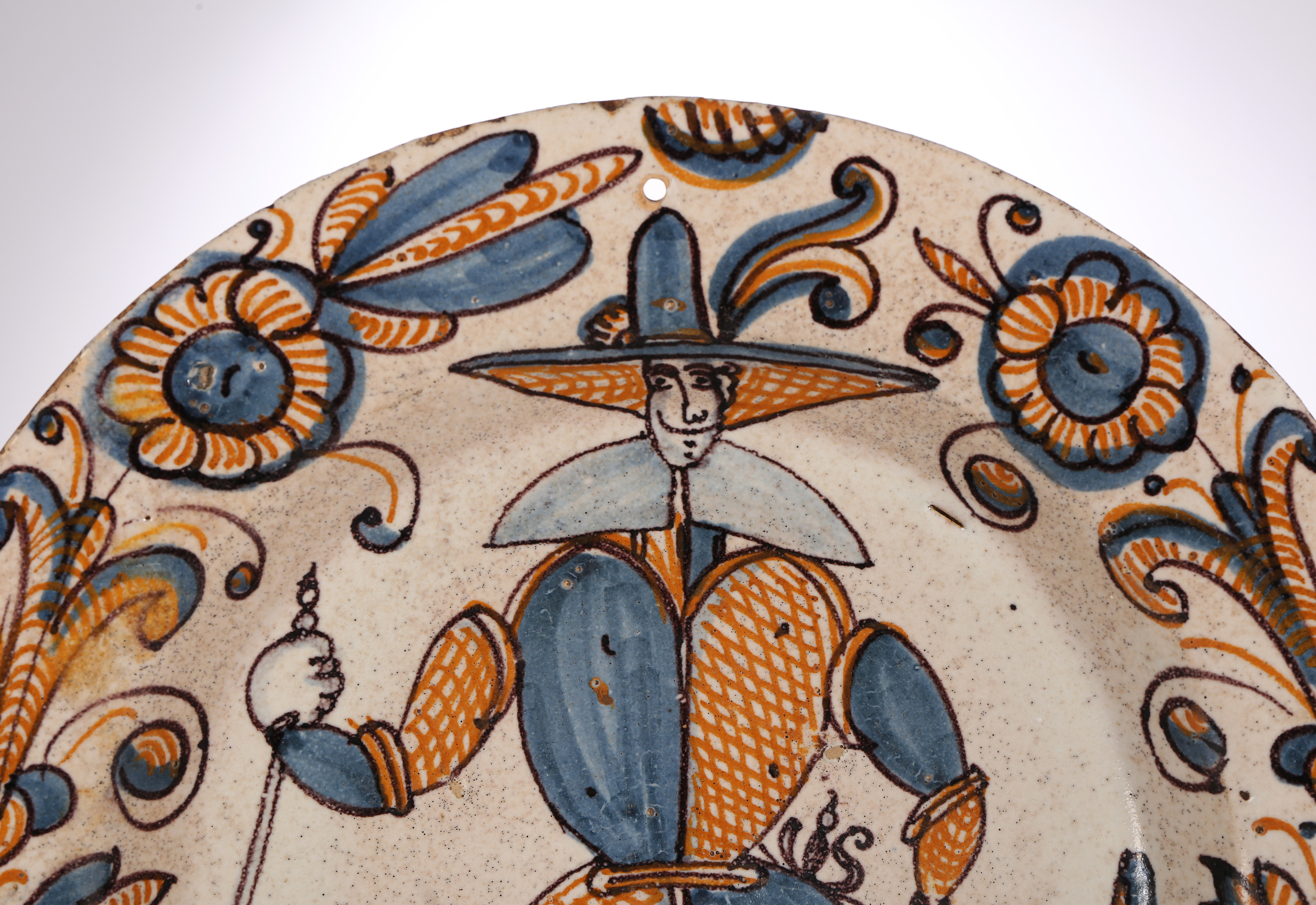 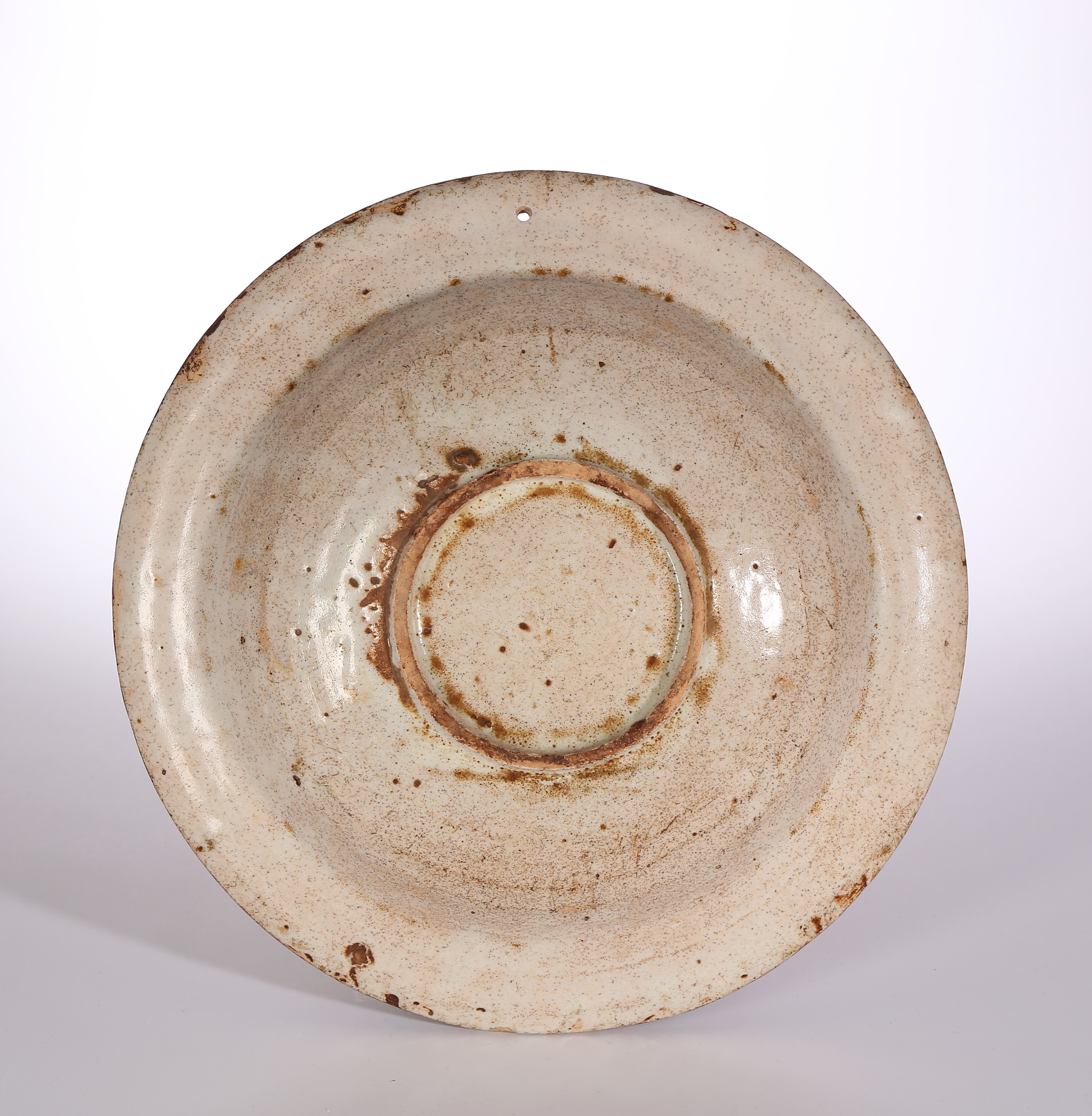 Painted in blue, ochre and outlined in a dark manganese with a standing gentleman holding a staff, wearing a plumed hat (chambergo), jerkin and breeches tied at the knees with pompoms.

This series of dishes was made at both Talavera and in nearby Puente del Arzobispo from around 1580 to 1650, they are usually heavily potted which accounts for their survival. In some examples the figures wear a ruff or, as in this example, a gorget (golilla), the ruff was banned by Royal decree in 1623, Anthony Ray suggests that dishes like ours post-date that event.

The idea of decorating in a limited palette on a white tin glaze derives from the Faenza compendario style. The boldly drawn standing figure is reminiscent of the well-known series of dishes from Montelupo decorated with soldiers but the earliest Talavera examples perhaps predate them.

Condition:
Chips to the rim, pierced for suspension. No restoration.