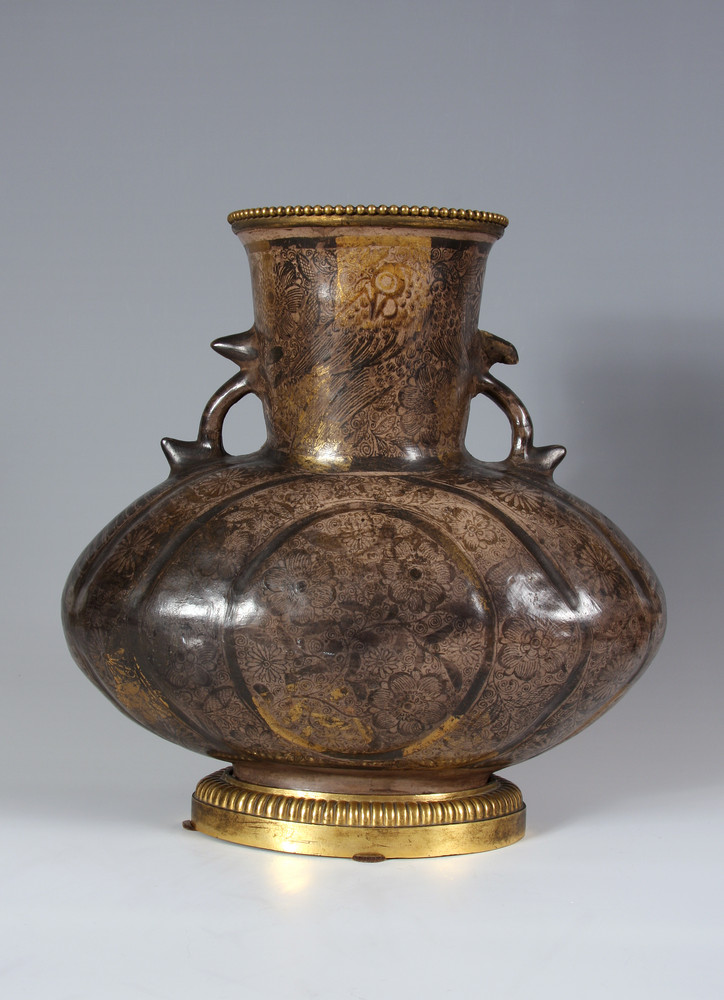 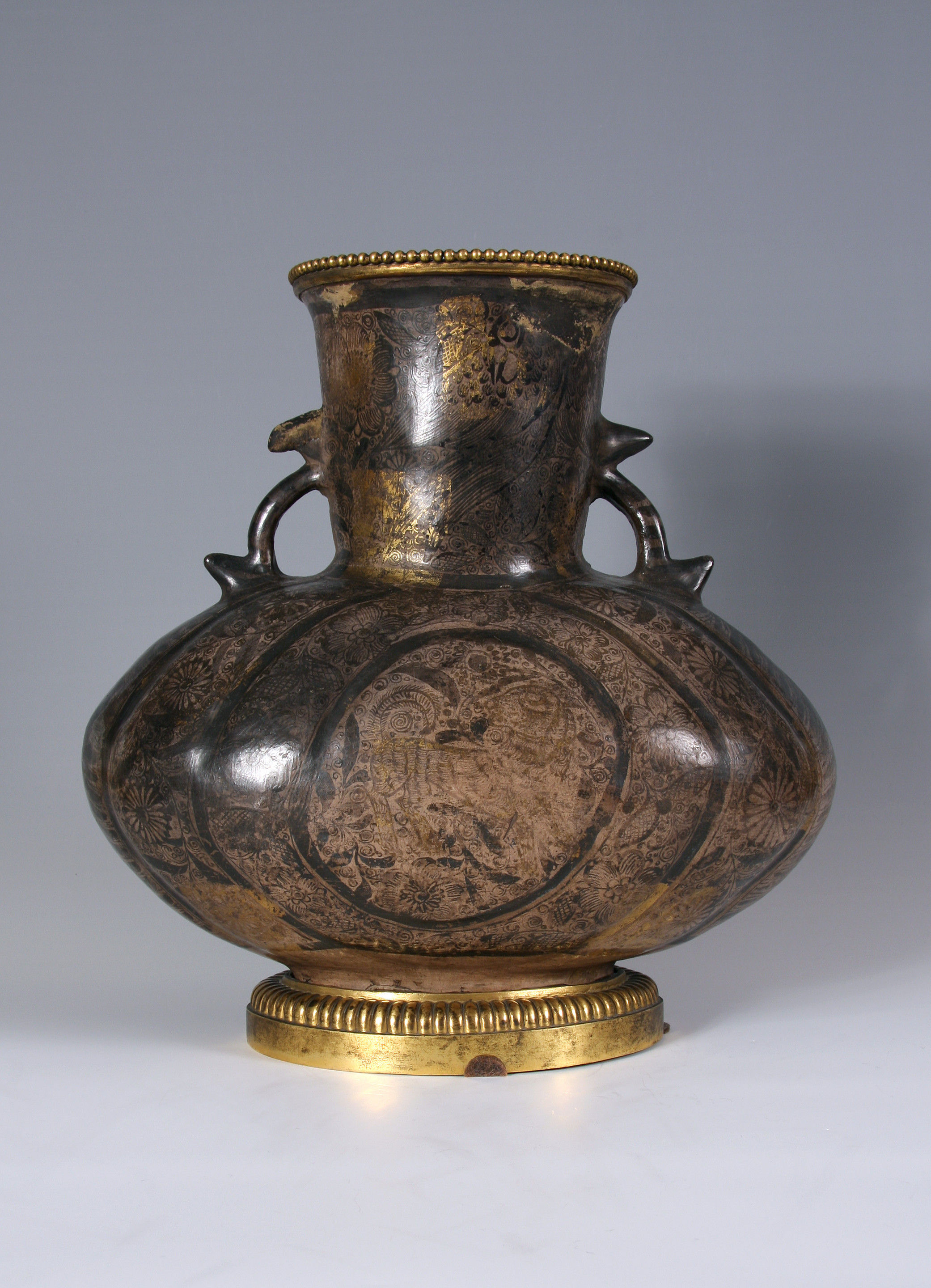 In the 17th century these exotic imports from the Americas, sometimes known as búcaros, were much treasured by European collectors partly on account of their alleged medicinal and even magical qualities. They were believed to purify and scent water held in them. So pleasing was the aroma of the porous clay bodies that it became fashionable for people, particularly women, to consume small fragments of the pottery and rub pieces directly onto their bare skin. The clay was considered to have gastronomic, and medicinal qualities, and to improve one’s complexion. They were given as precious gifts and related examples can be found in some early historic collections in Spain, Italy and Germany such as the Quirinal Palace, Rome, the Museo degli Argenti, in the Pitti Palace, Florence and the Herzog Anton Ulrich Museum, Braunschweig. They are rarely seen on the market.
Late 17th century.
Gilt bronze mounts early 18th century.

Sold to The Hispanic Society of America, New York