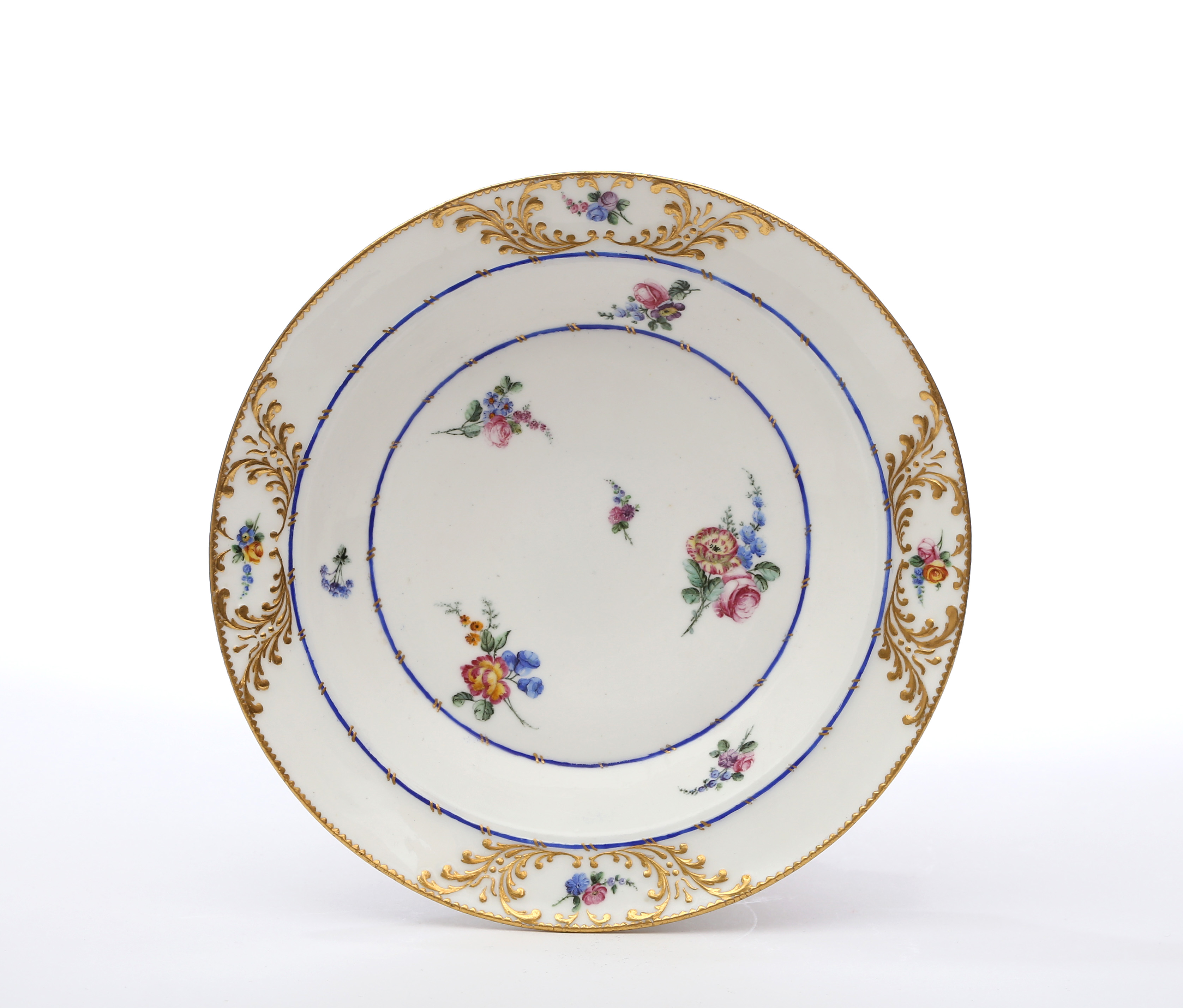 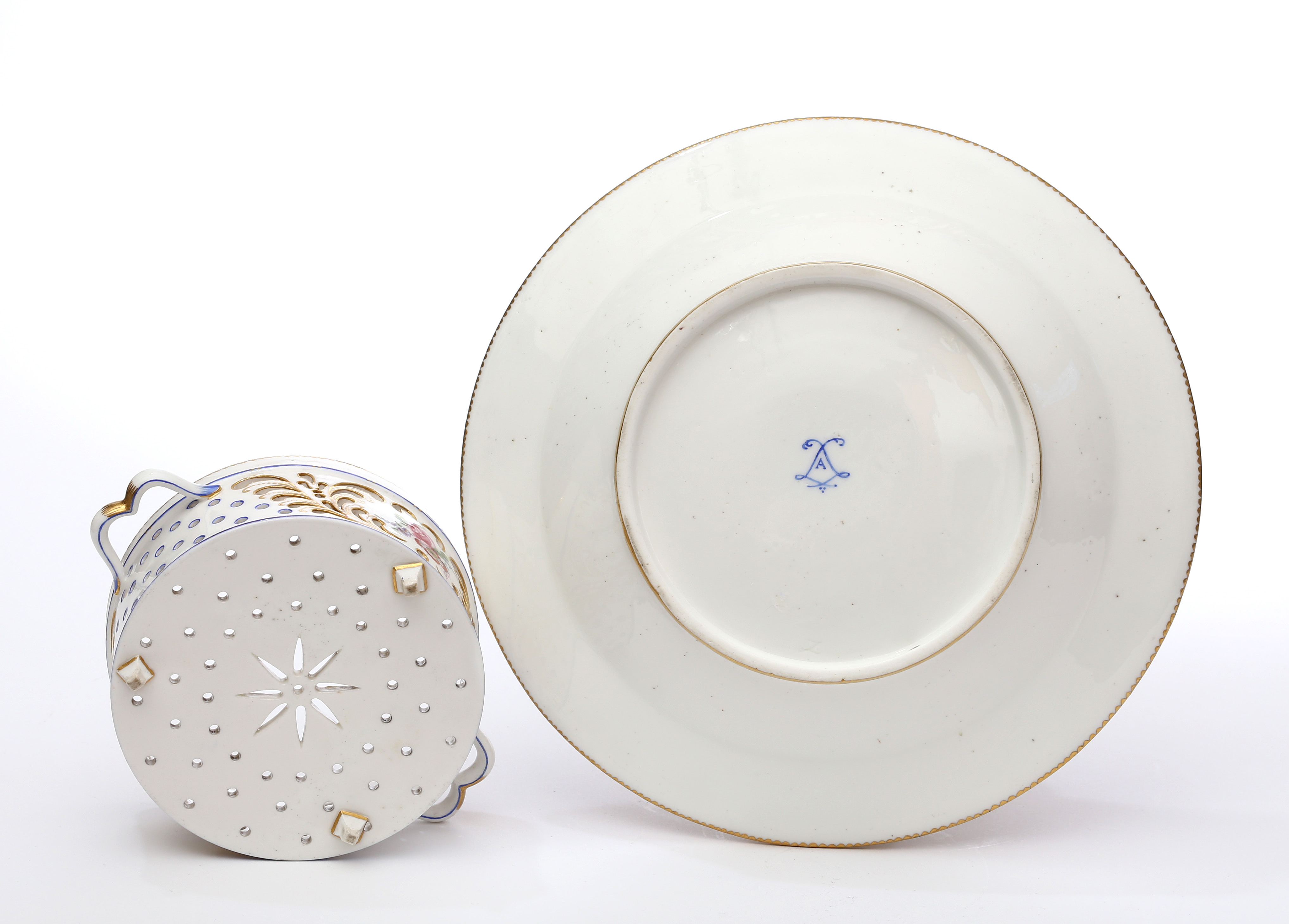 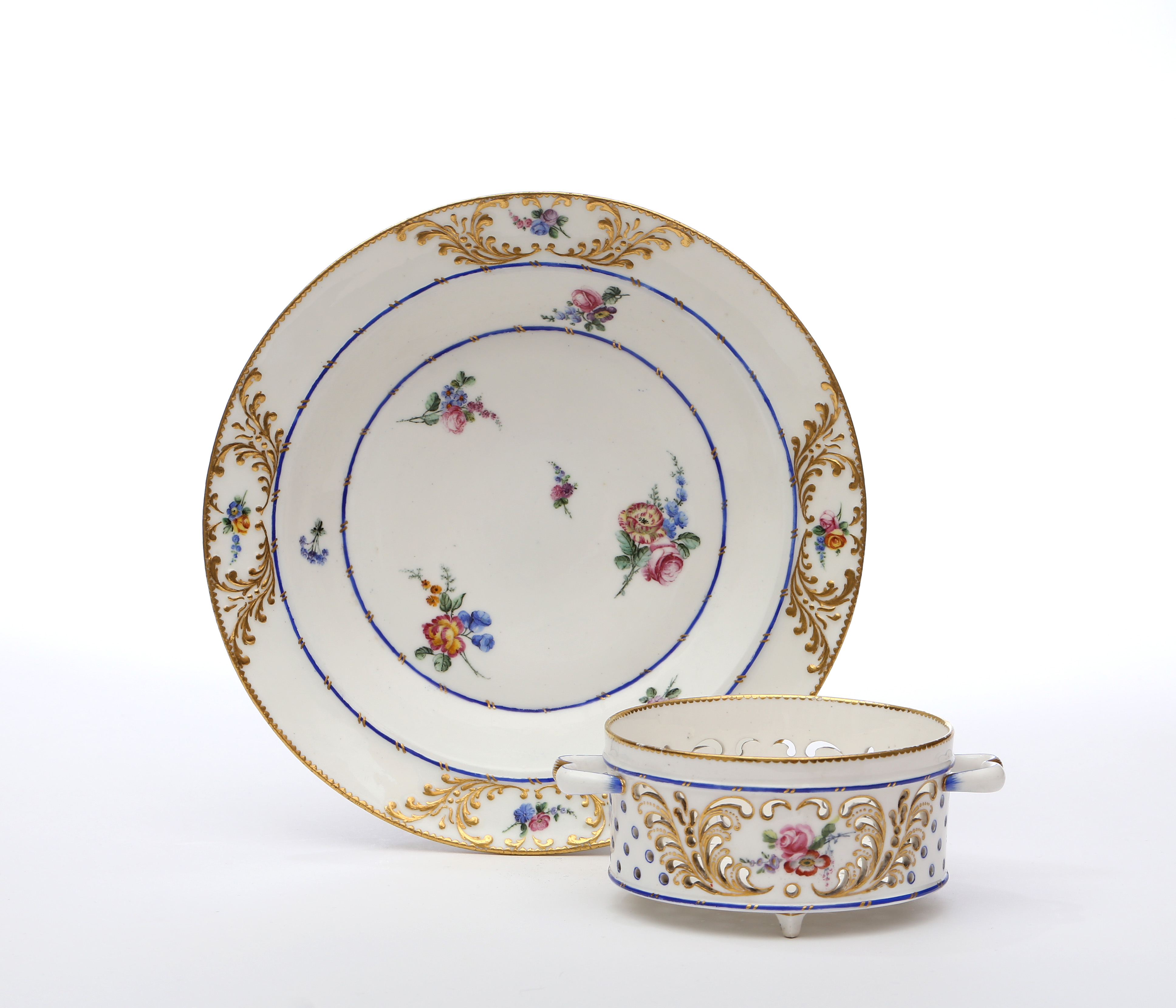 Interlaced ‘L’s above three dots and date letter ‘A’ for 1754
‘Z’ incised twice within the foot of the stand
The stand 24.2 cm diameter

Described as an Egouttoir à fromage frais, the moulds of this model are listed in the inventory of October 1752. They were made in two sizes of which this is the larger.

Bleu celeste examples were also made in this year for the Louis XV service. They are pierced to allow for the fresh cheese to drain

For an example with a bleu celeste ground from the Louis XV service see Tamara Préaud and Antoine d’Albis, La Porcelaine de Vincennes, Paris, 1991, no. 196, pp. 180-181