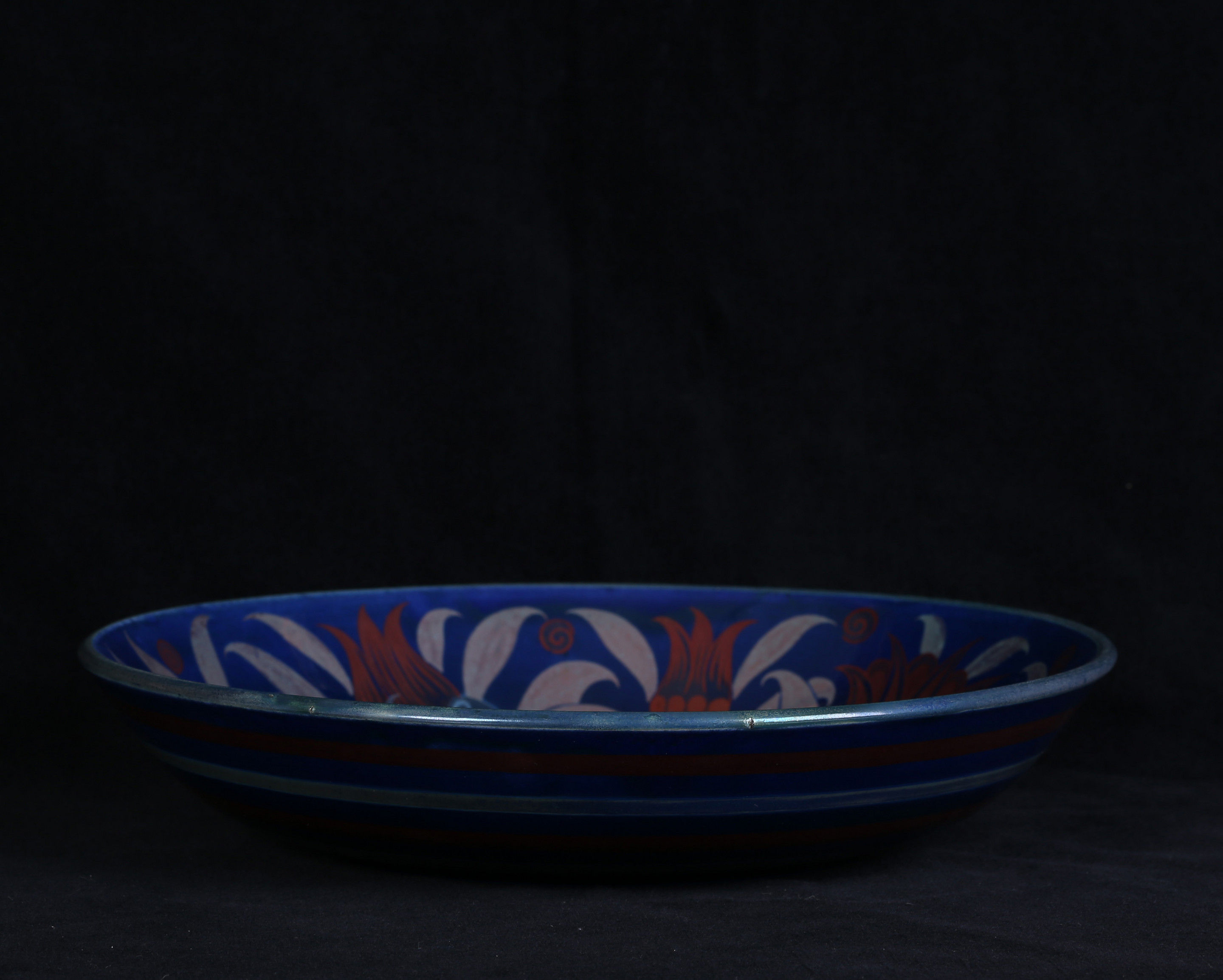 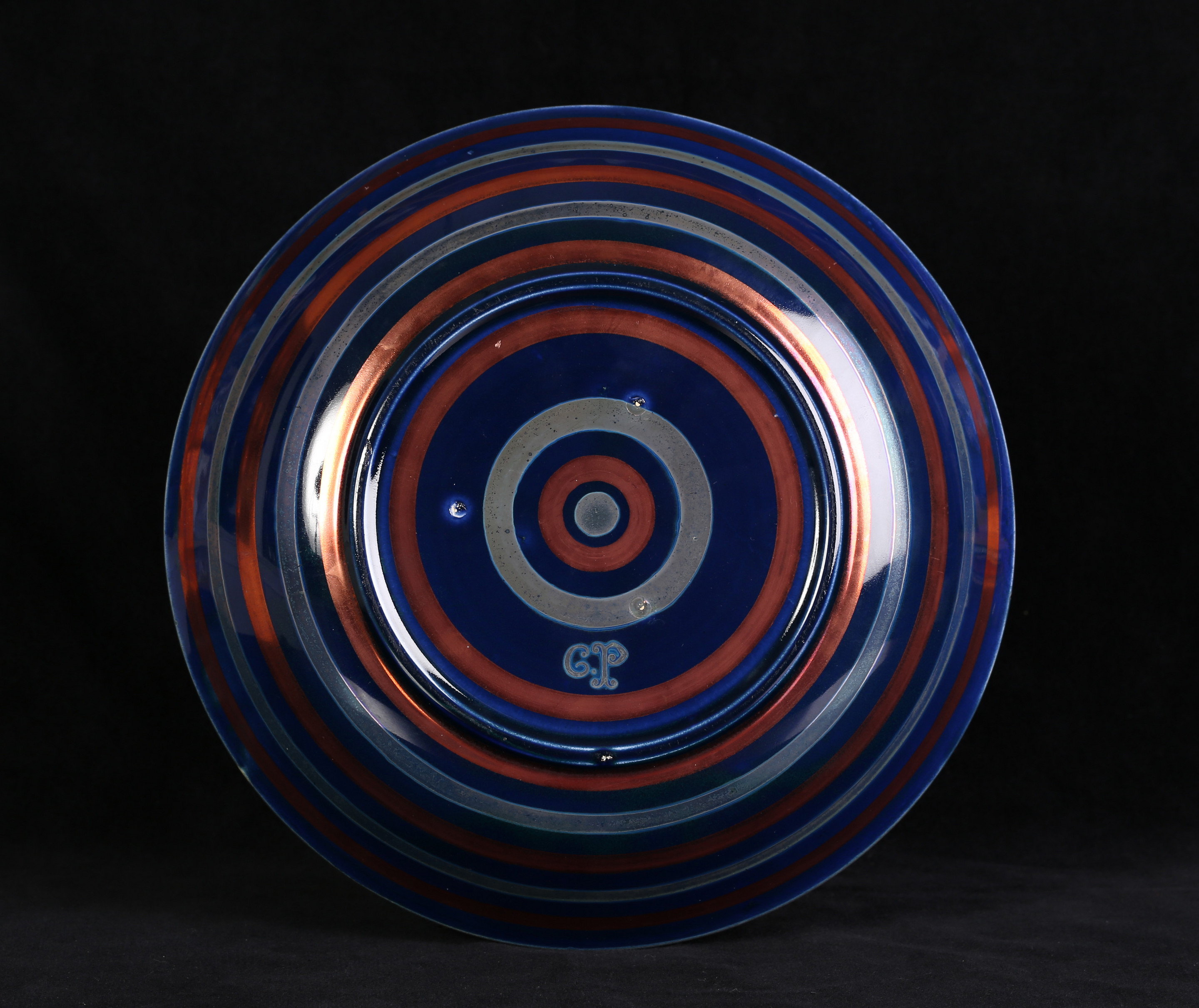 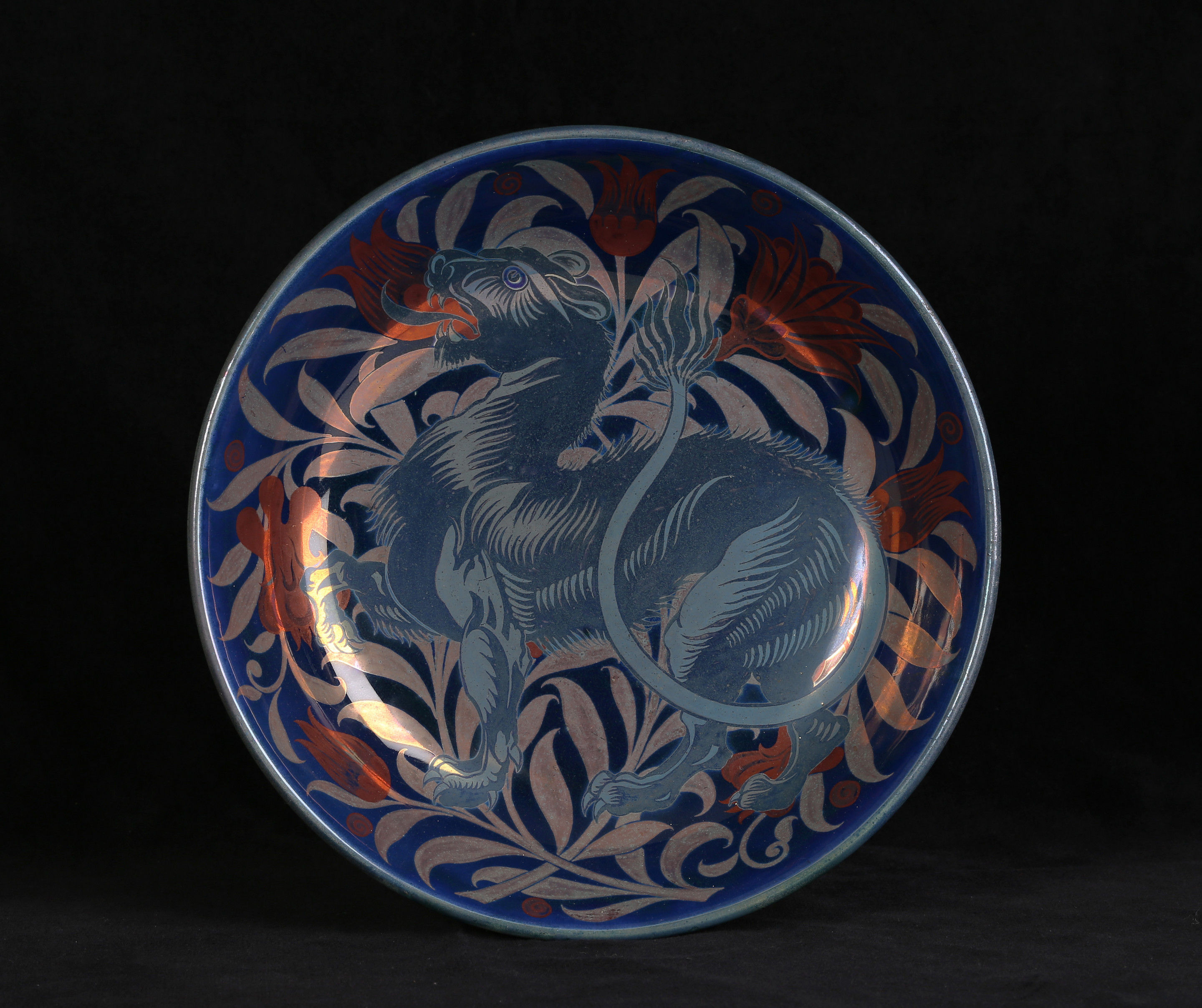 Decorated with a lioness set against flowering foliage in a combination of copper, gold and silver lustres on a dark blue ground.

William De Morgan considered the ‘Moonlight and Sunset Suite’ series to be the pinnacle of his achievement in lustre. It took him almost two decades of experimentation, one burnt rooftop and three potteries, before he moved to Fulham, where he was able to master the technique.

The light blue of the body is achieved through an acid etching process and each of the lustres is fired at a different temperature, requiring multiple firings in the case of a triple lustre example such as this. It was a technologically ambitious processes which accounts for their rarity.

They were however expensive to produce and De Morgan later remarked that: “All my life I have been trying to make beautiful things, and now that I can make them nobody wants them.”