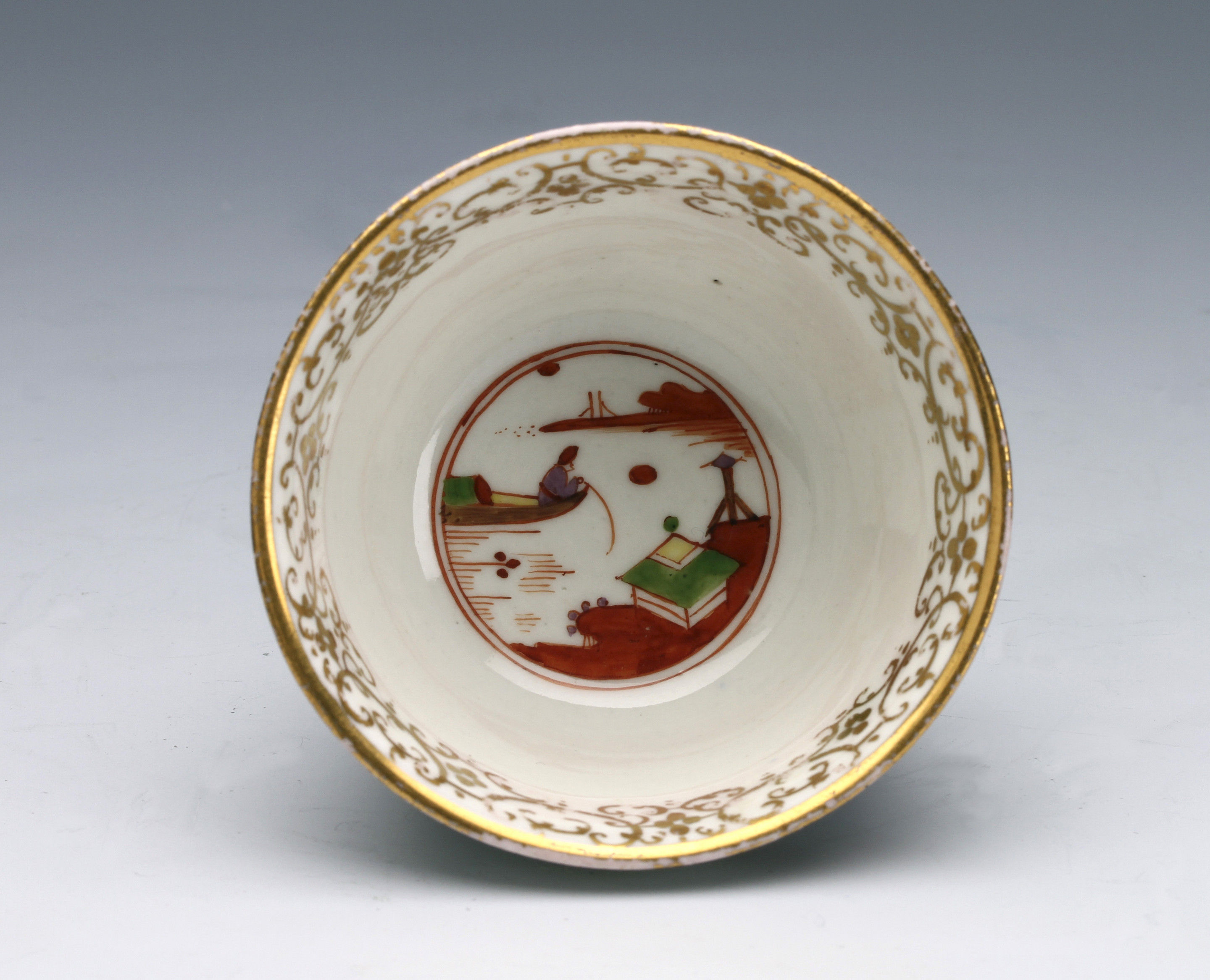 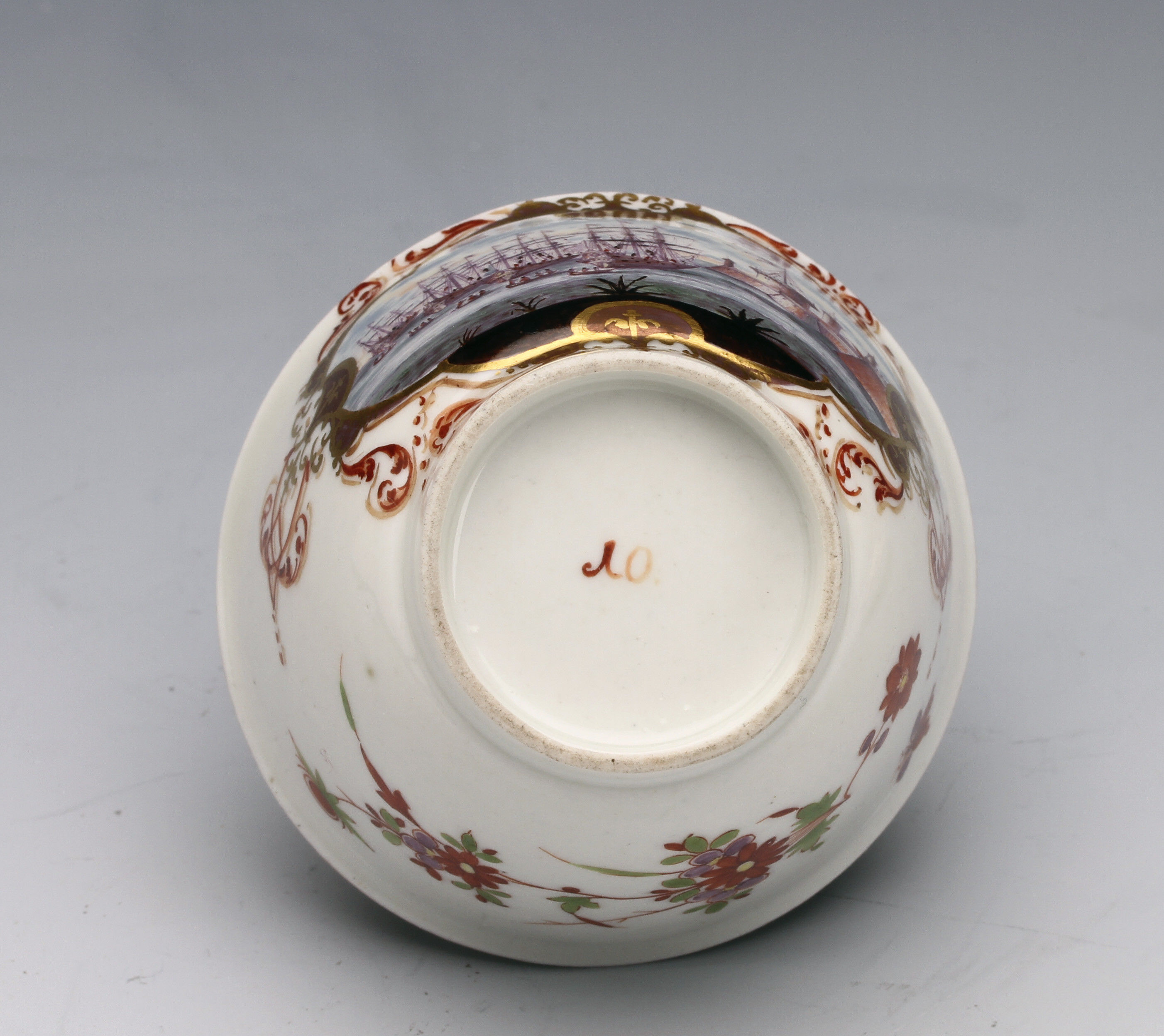 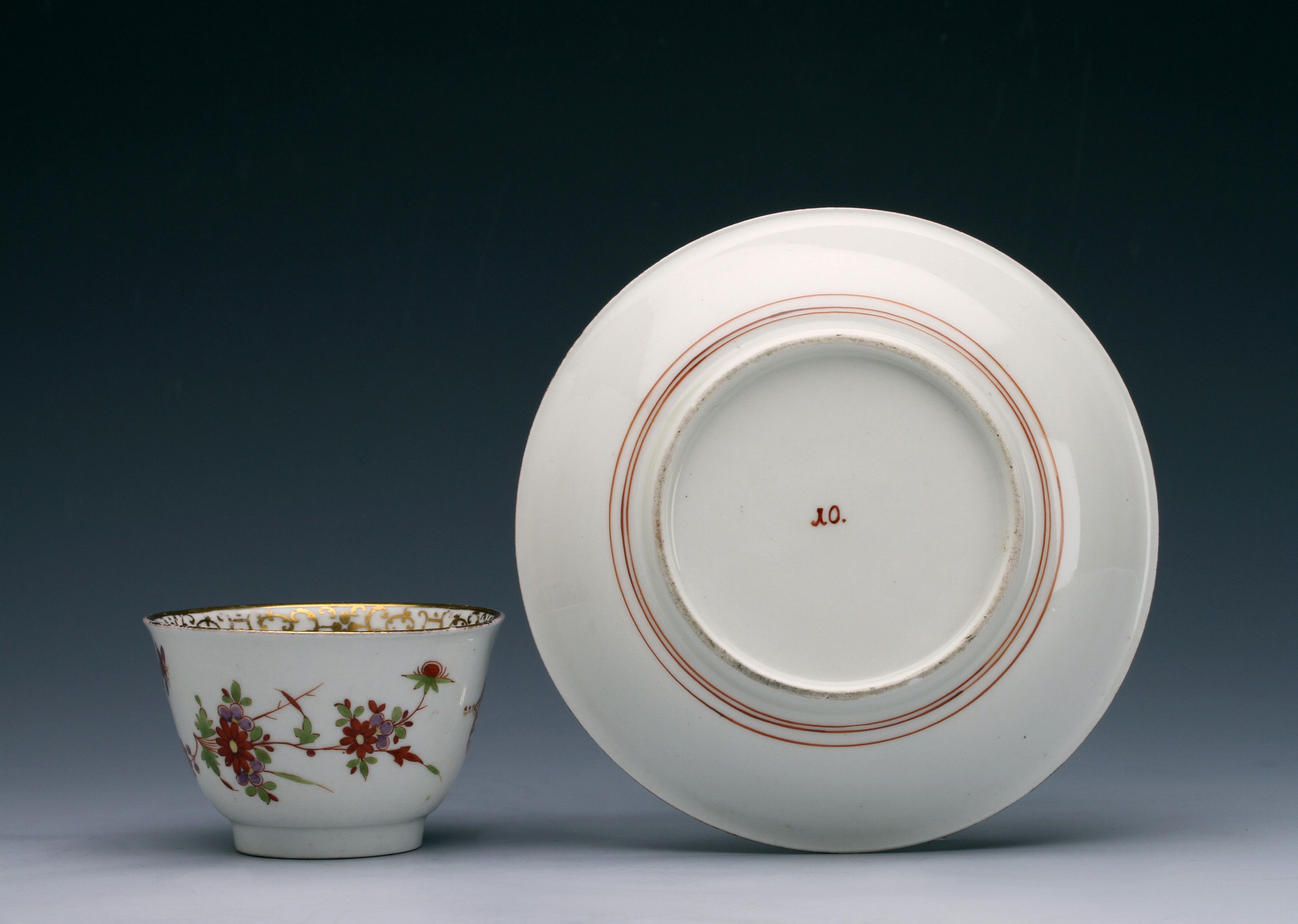 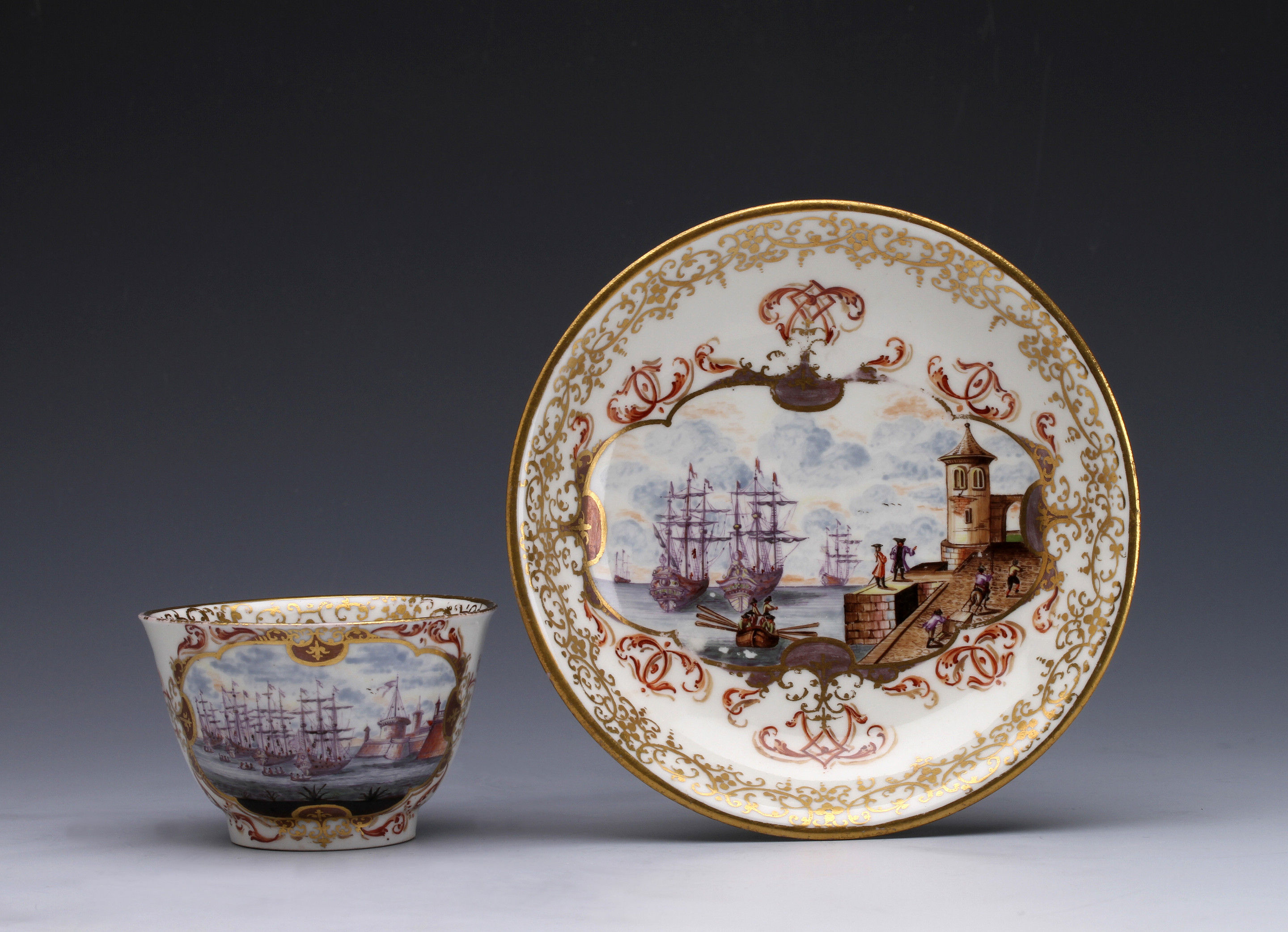 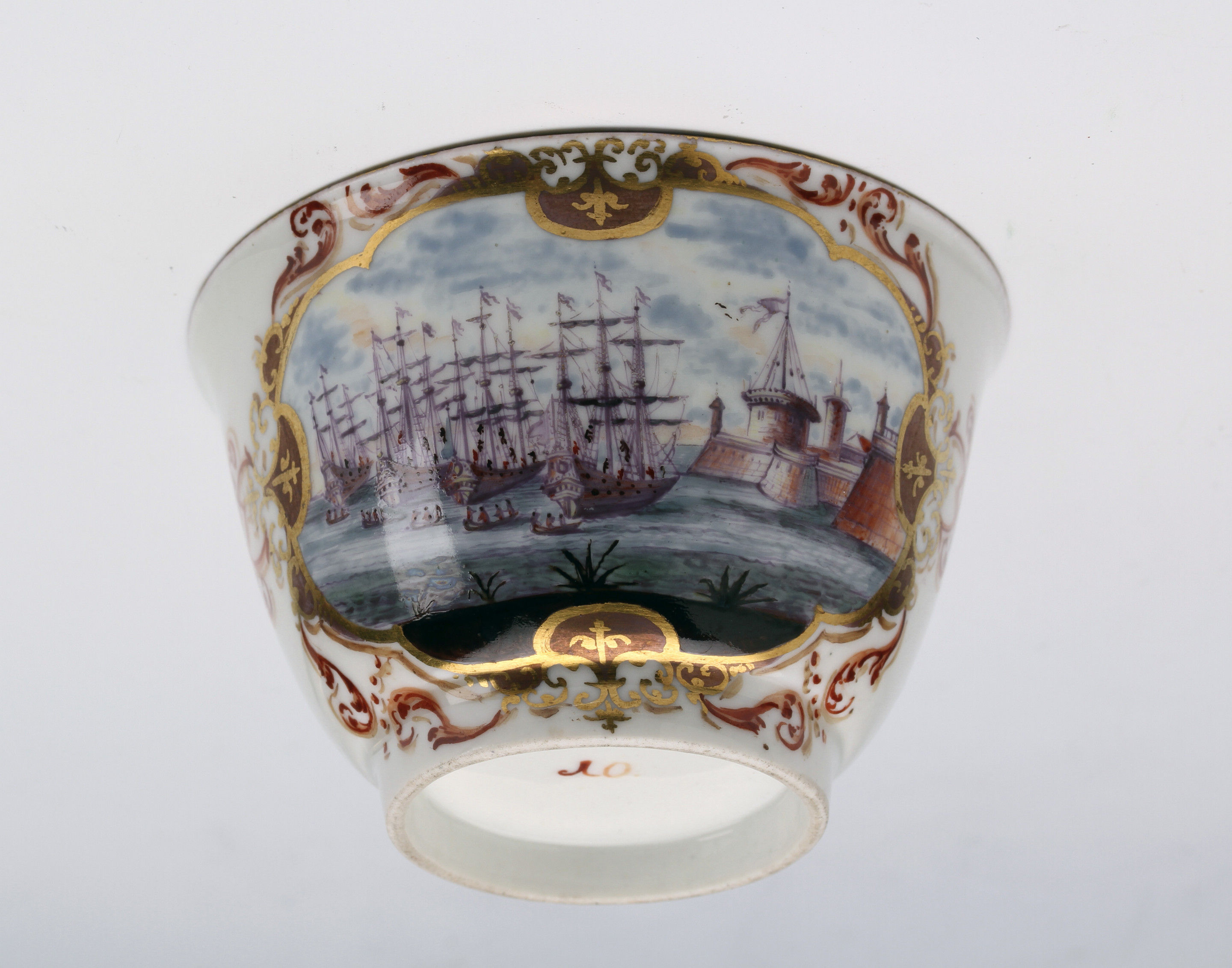 An early Meissen teabowl and saucer

Circa 1724
Iron-red ’10.’ to both pieces, small incised ‘X’ within the footrim, the thrower or moulder’s mark for Rehschuh.

Painted with numerous naval vessels with rowing boats bringing sailors to a fortified harbour within shaped gilt and iron-red cartouches with Böttger lustre panels within laub und bandelwerk borders, the reverse of the teabowl with indianische blumen, the interior with a stylised oriental scene. The reverse of the saucer with iron-red concentric circles.
This is an early and elaborate example of a harbour scene, Kauffahrtei, a genre that was to become popular in the 1730s.
The painting of these very early harbour scenes is sometimes attributed to Johann Georg Heintze.