An Unrecorded Buen Retiro Figure of a Falconer 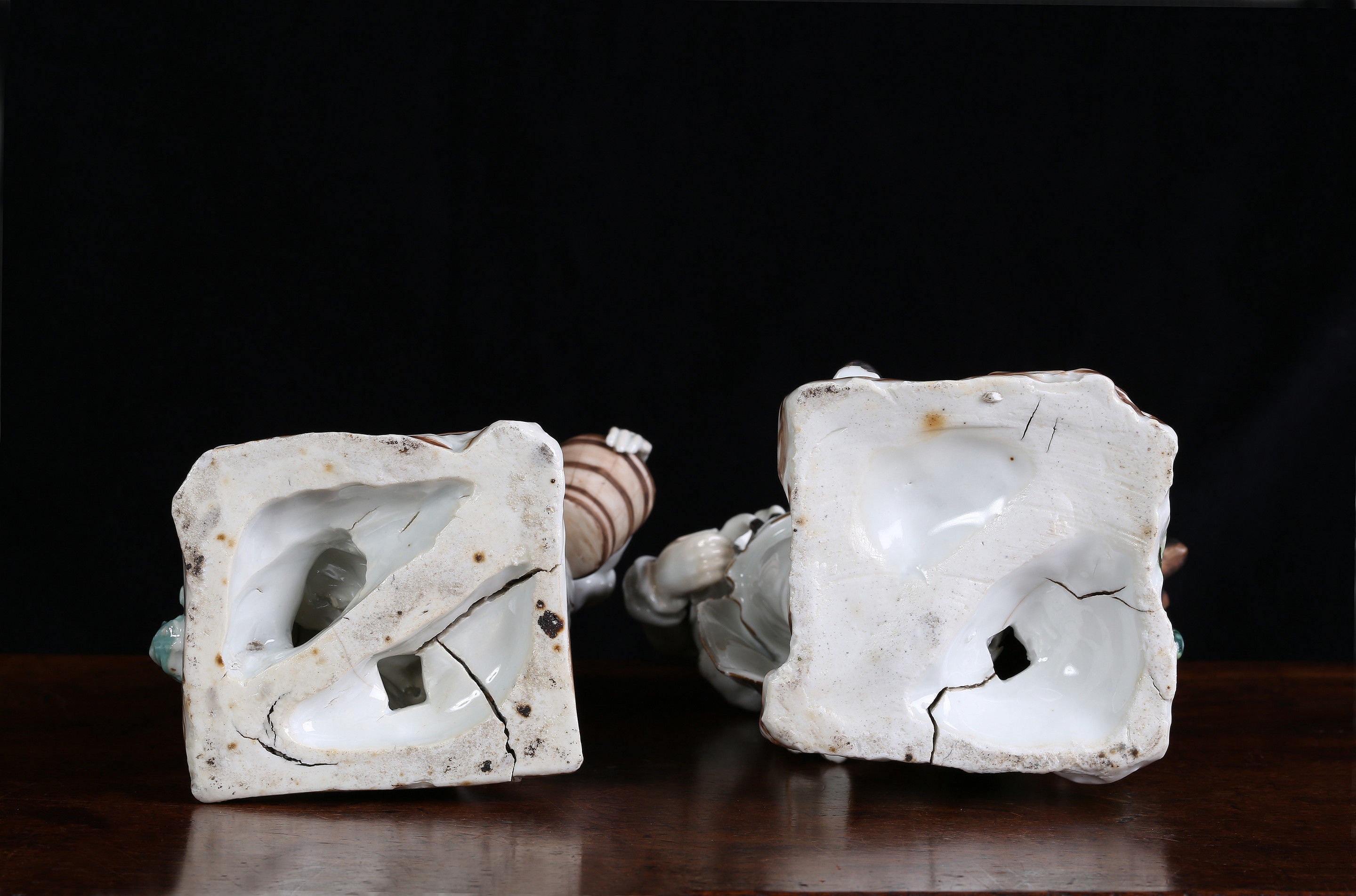 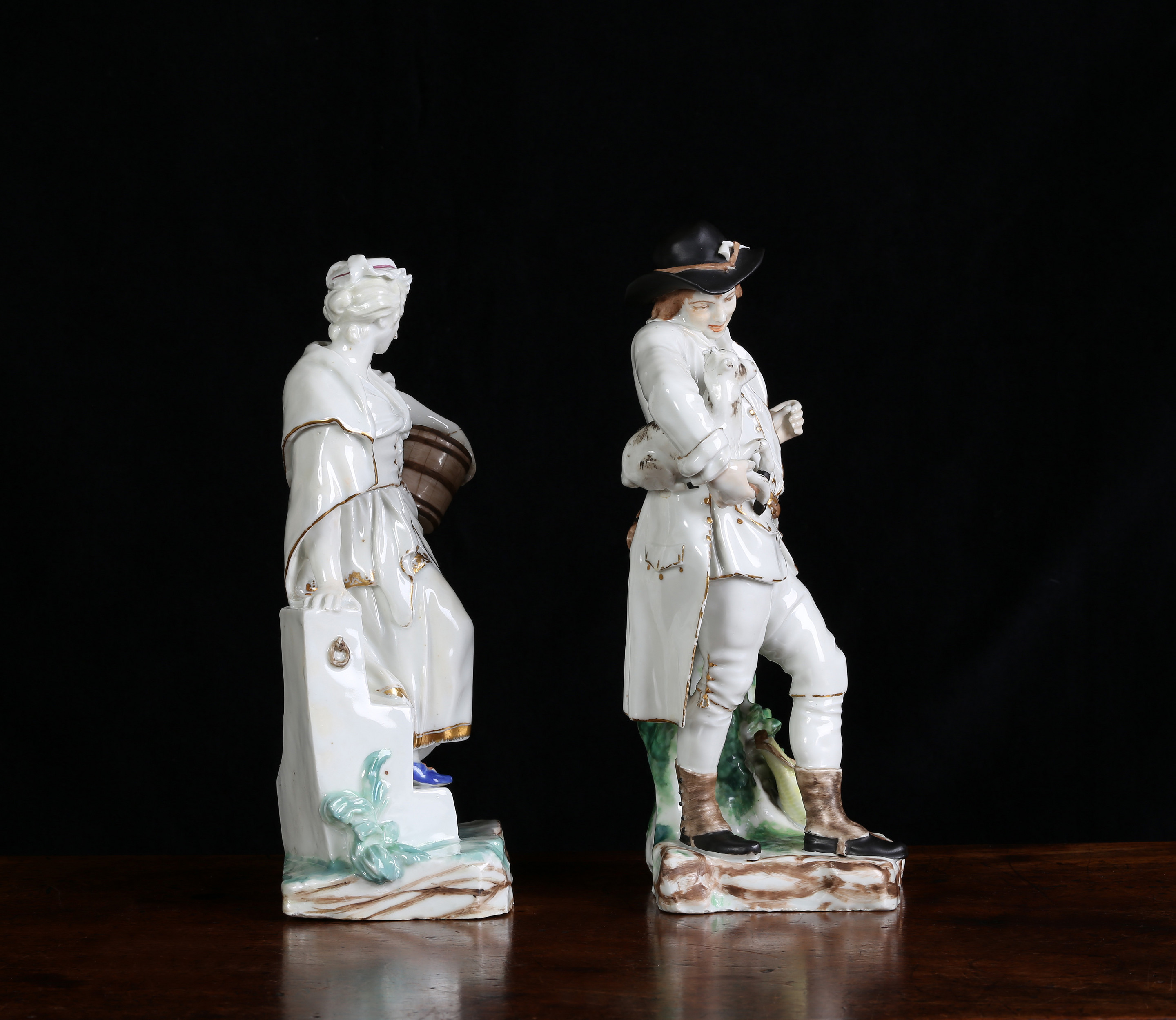 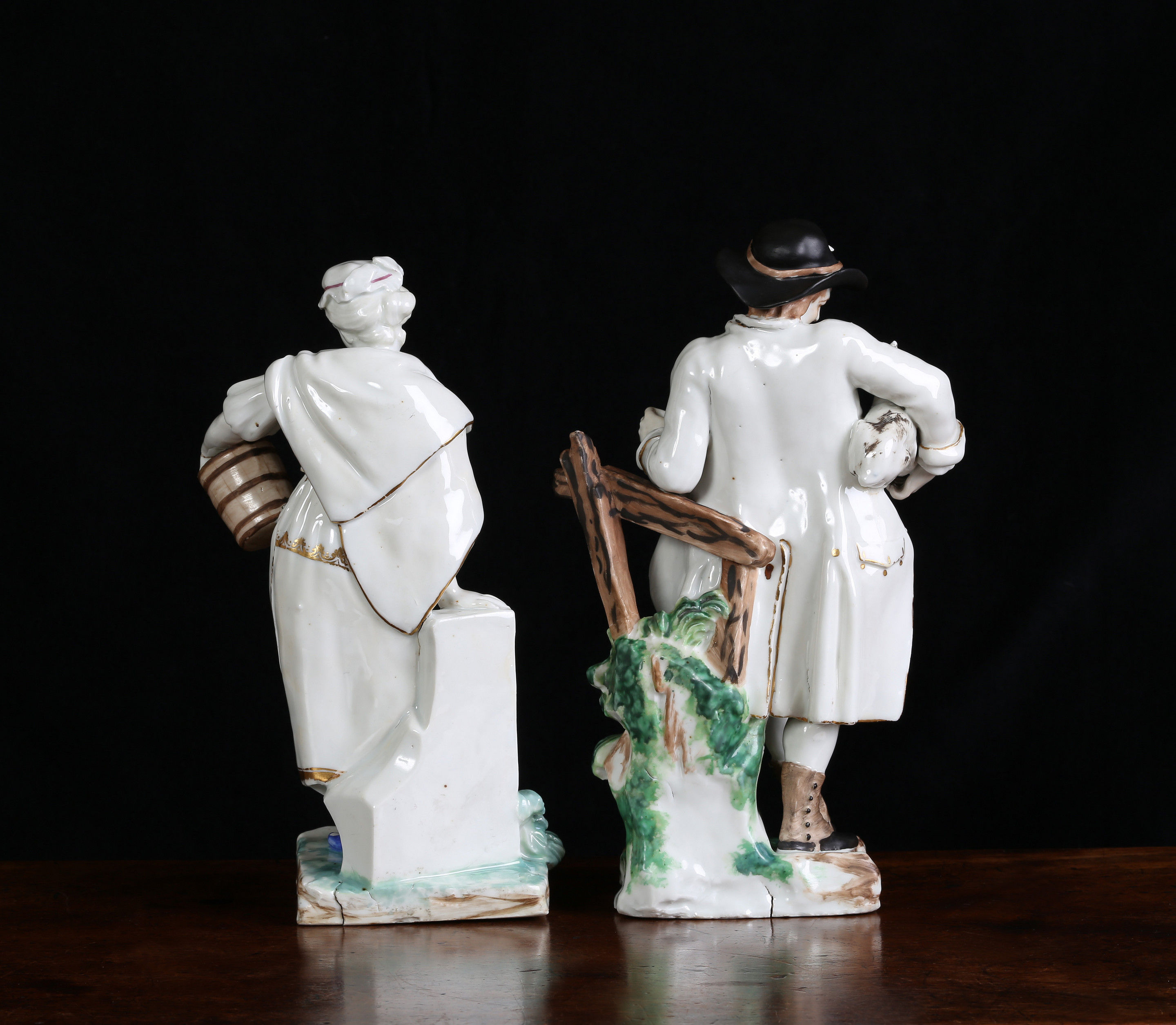 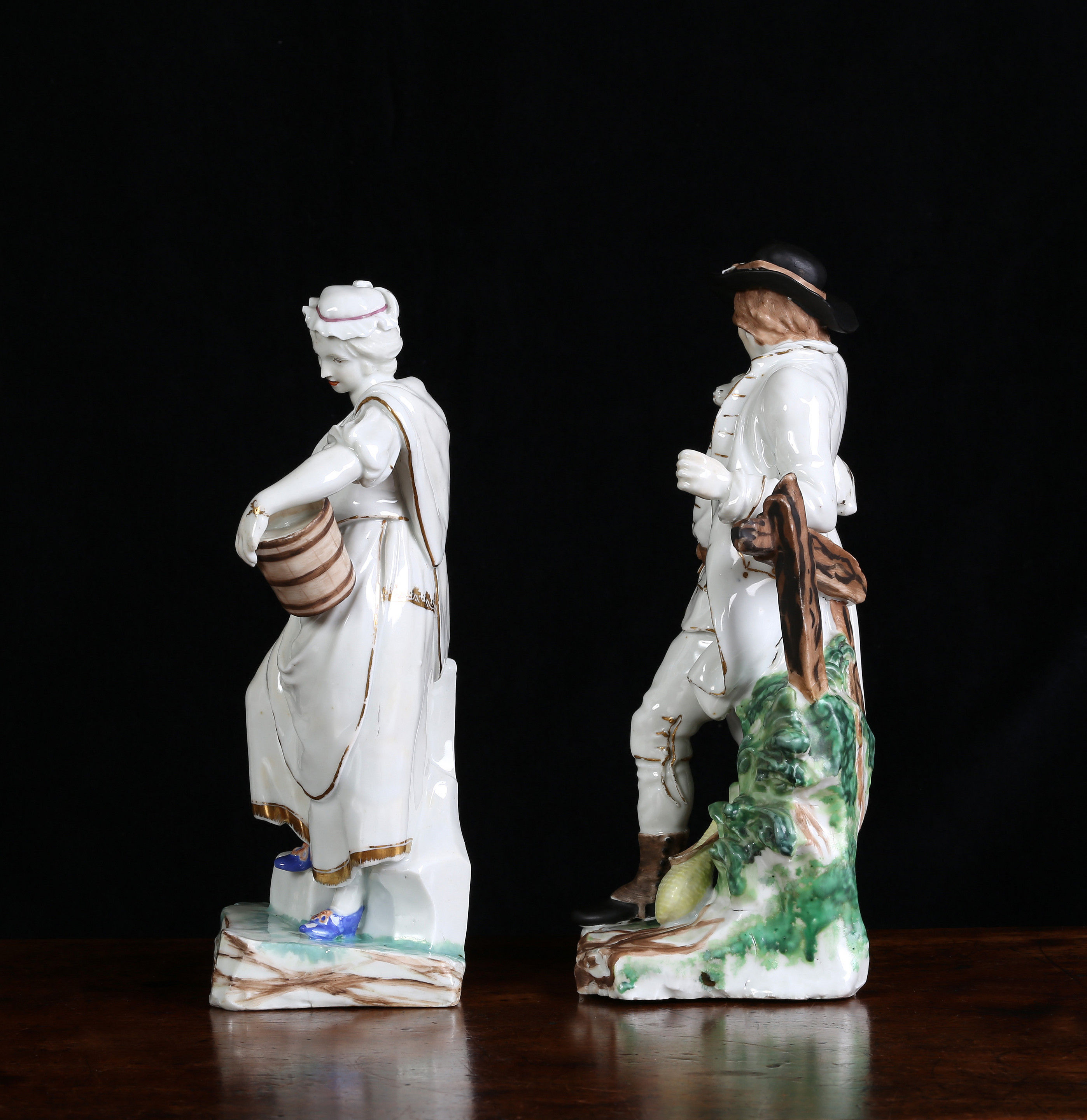 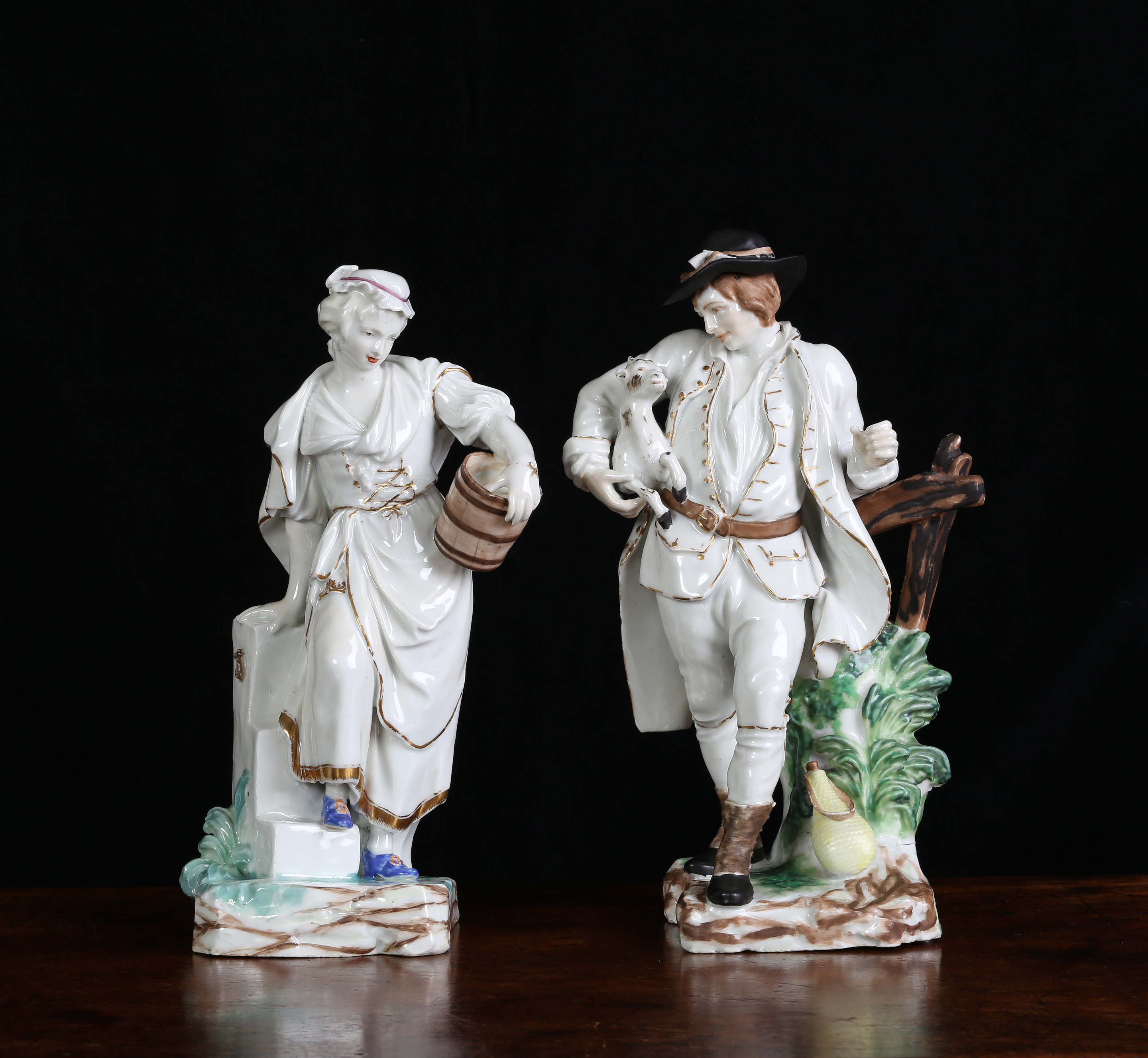 An Unrecorded Buen Retiro Figure of a Falconer

A falconer striding forward in his hunting gear, with his right arm raised. Over each shoulder hang the loose straps intended to support a rectangular perch for falcons.

This unrecorded figure is of particularly high sculptural quality. The costume resembles that worn in the painting Charles III in Hunting dress by Goya in the Prado of around 1786. Hunting and falconry played a pivotal part in court life, and this figure perhaps depicts a member of the royal hunting circle.

The straps to support the perch have suffered firing cracks, and across the base a drying crack has been filled with pasting glaze before the final firing. Perhaps because of this, the figure was never coloured.

Although this figure is not recorded, other figures of a similar scale and perhaps by the same hand are. A series of such figures is held in the Museo Arqueológico Nacional, Madrid and illustrated in Manufactura Del Buen Retiro 1760-1808 (1999); No.145 Grupo Galante is marked ‘FF’ which is attributed to the sculptor Felipe Fumo who is recorded as being on the payroll between 1764-85 and was paid at a rate that suggests he was a modeller of the first class.

Condition – The fourth finger of his left hand is missing. A few small black firing spots. Breaks in the straps and drying crack in the foot occurred during manufacture.