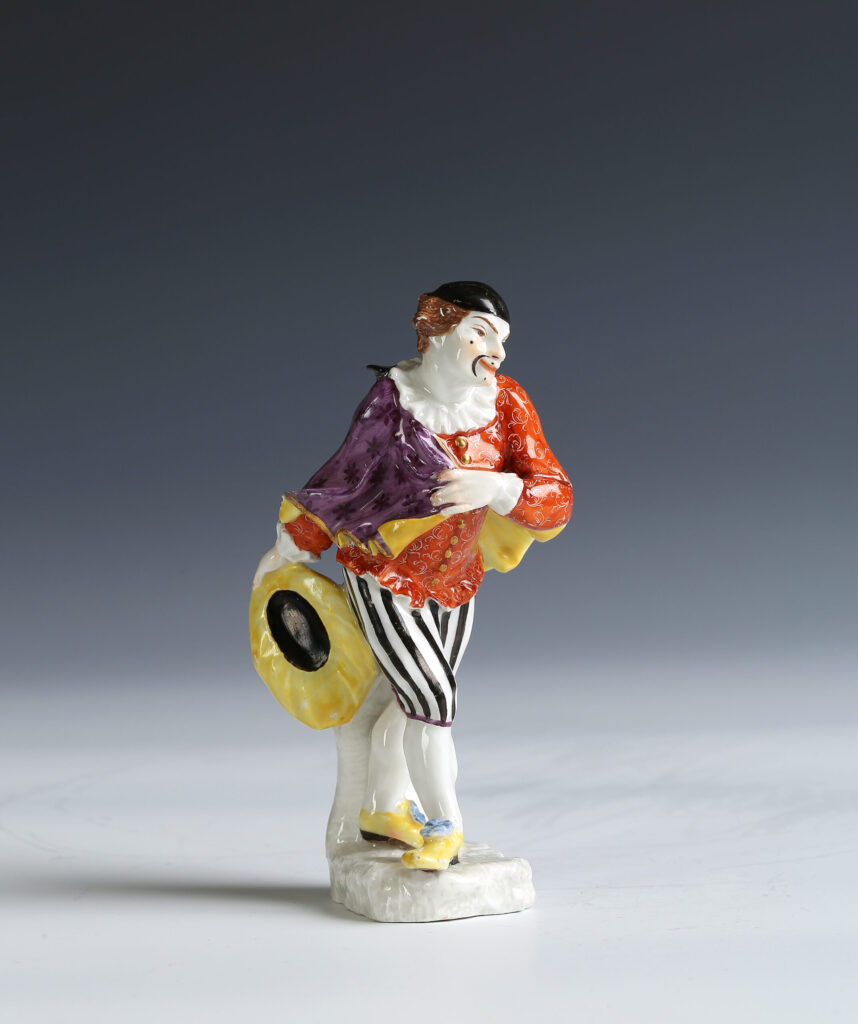 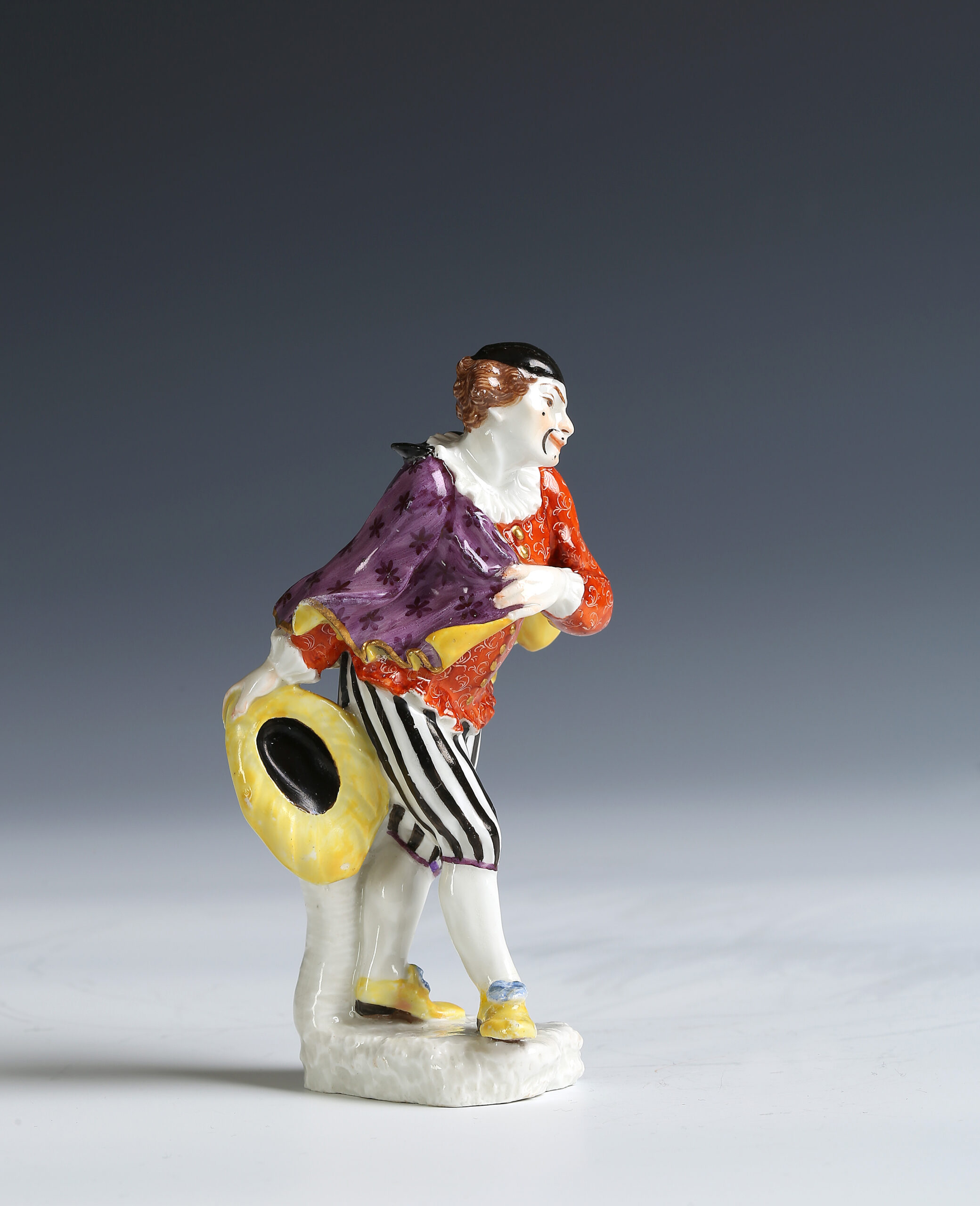 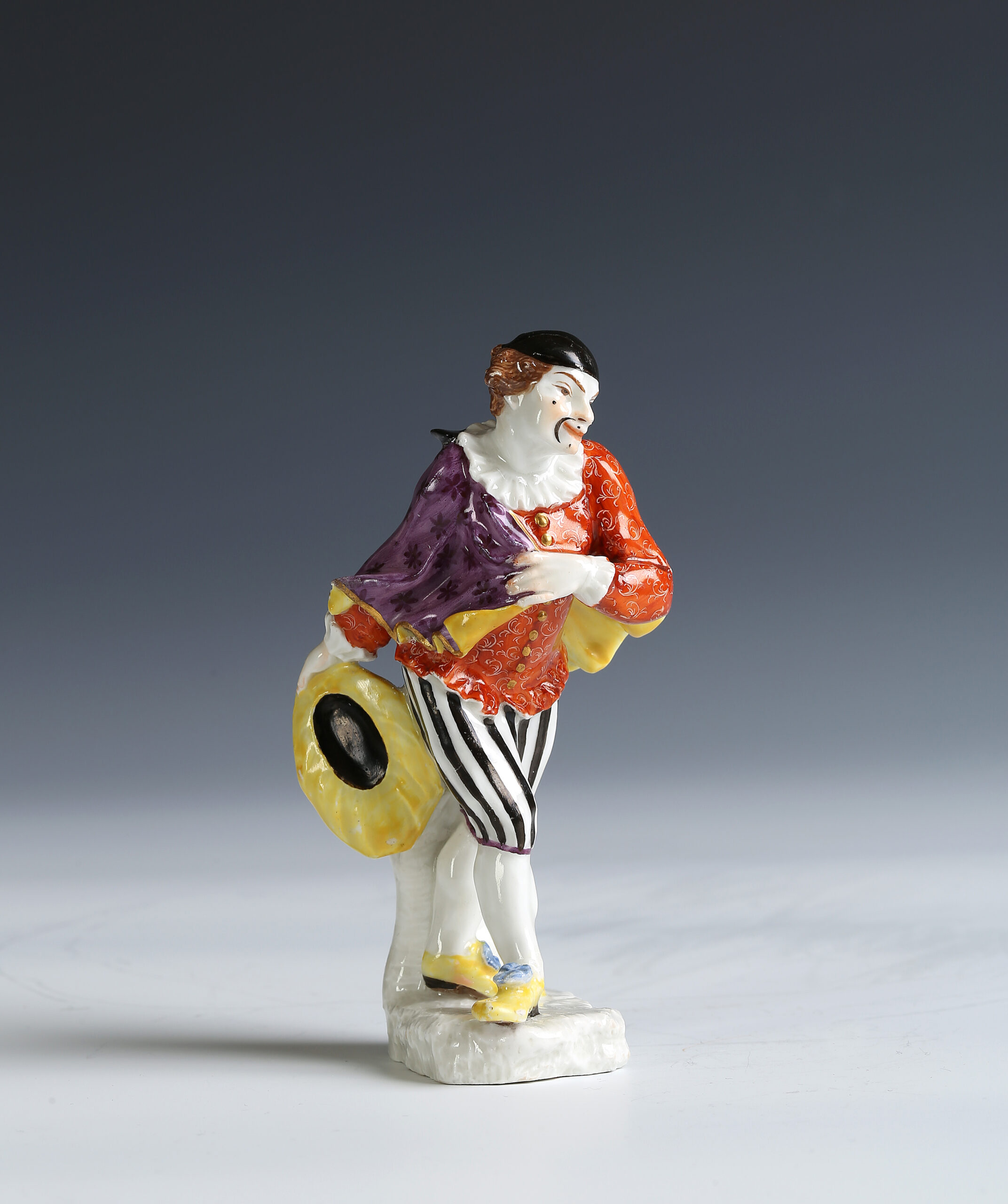 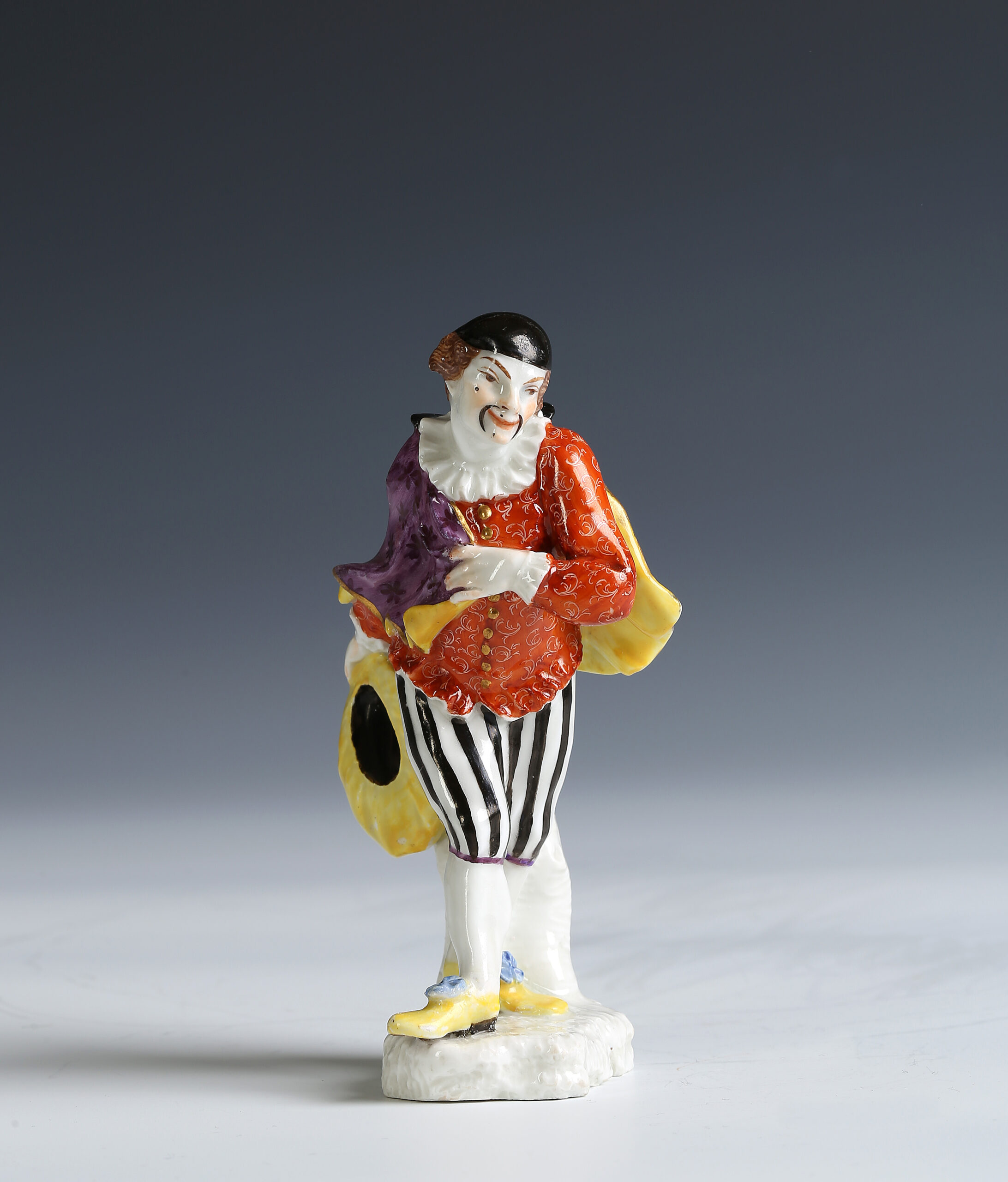 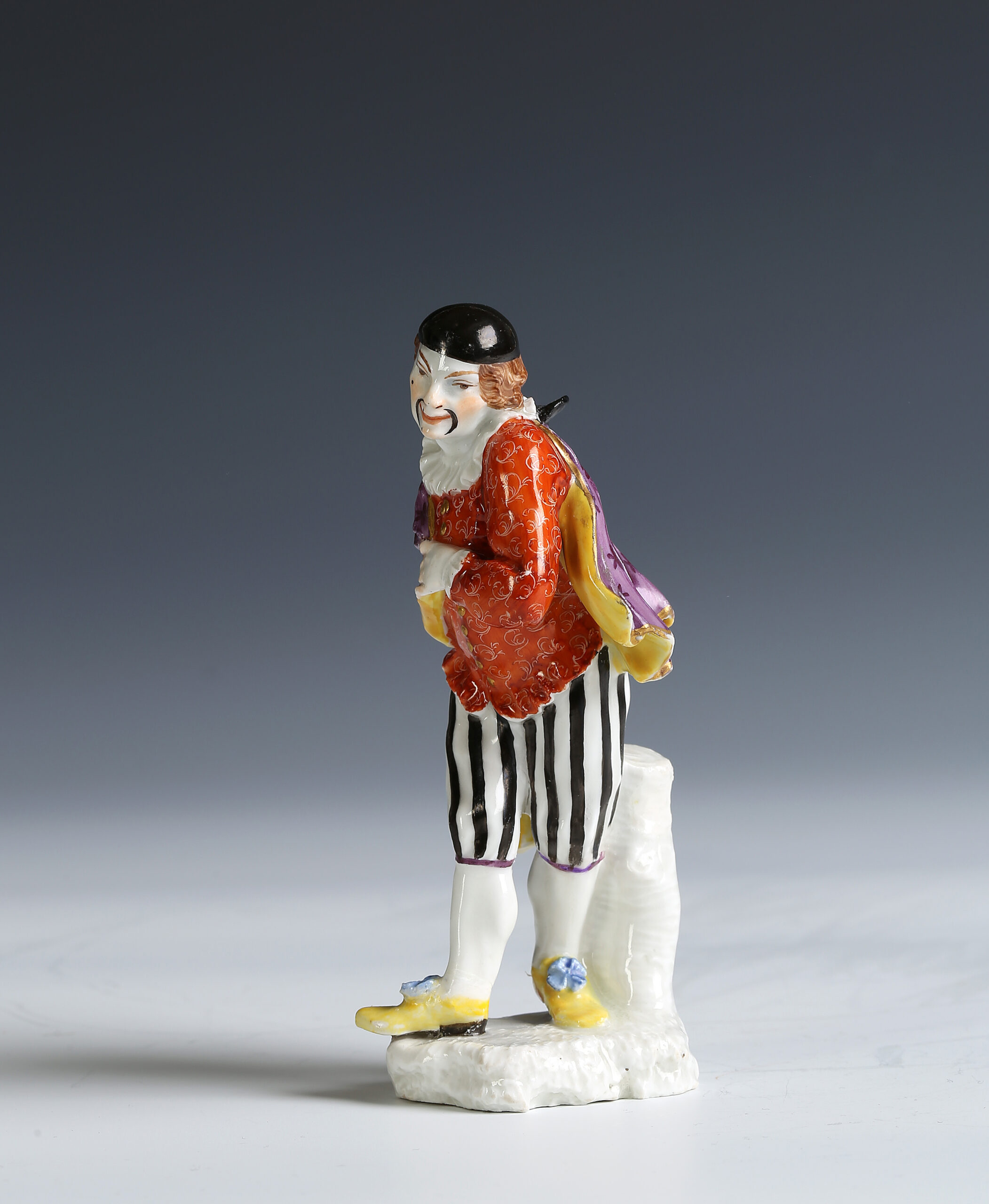 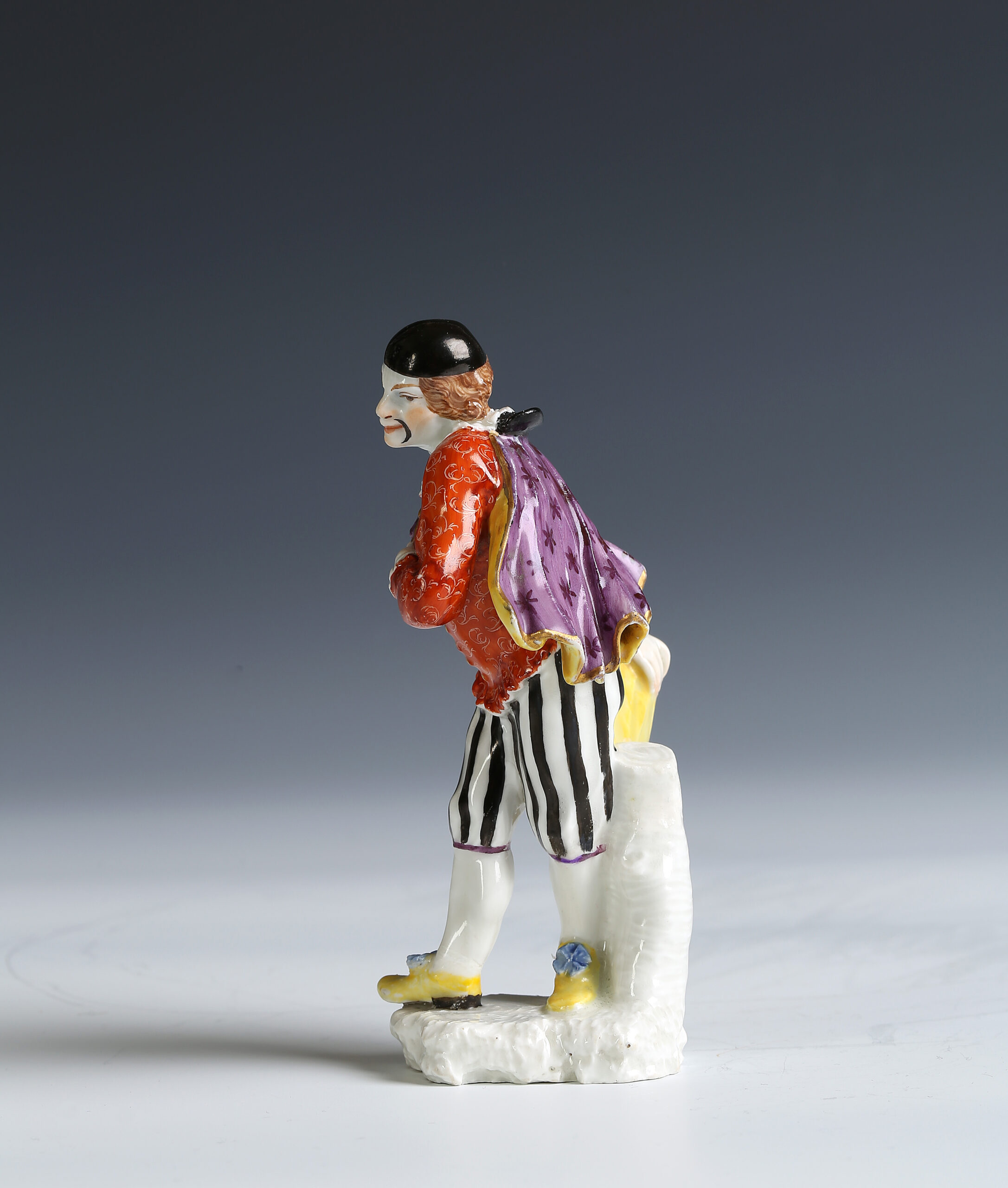 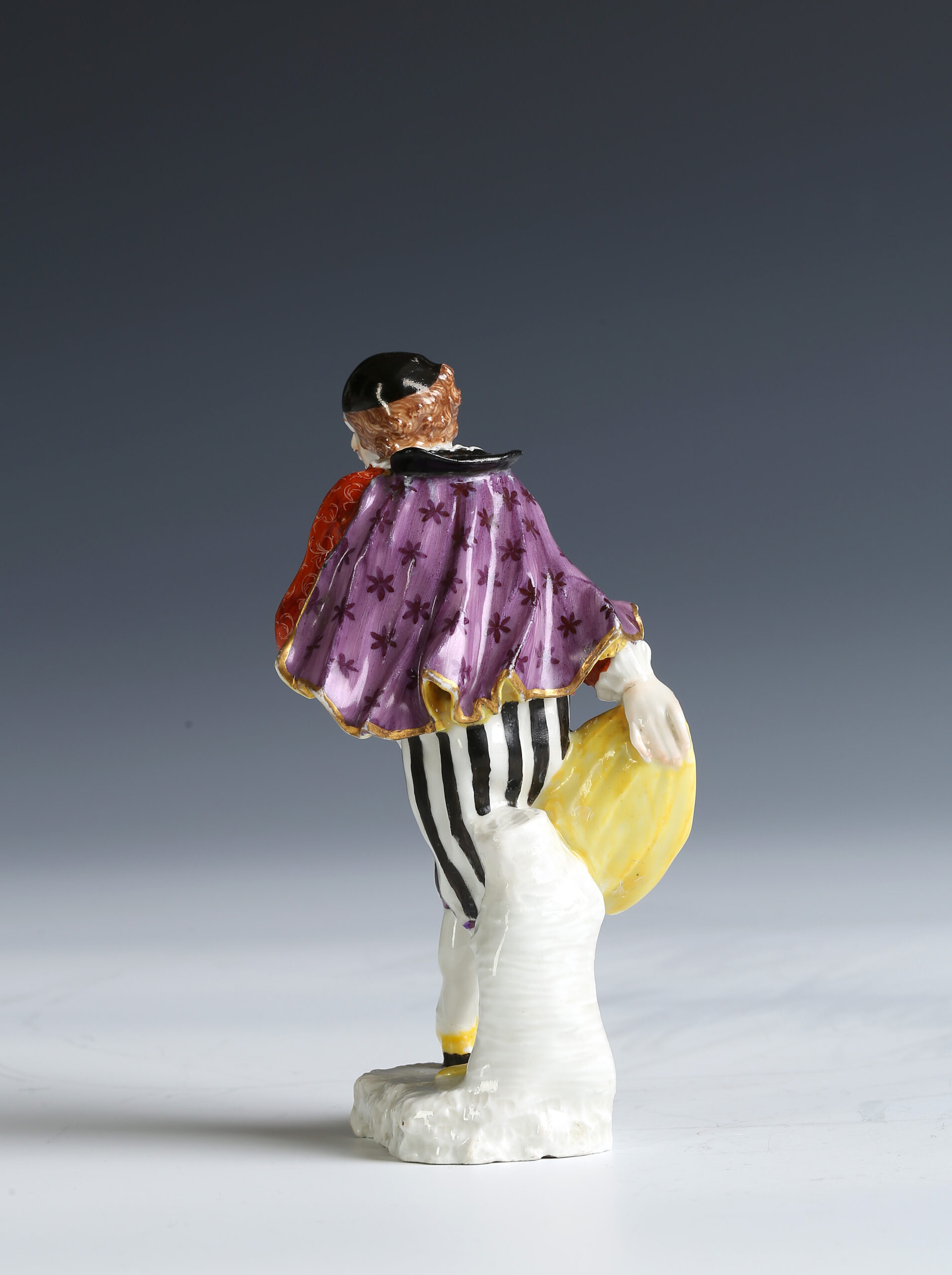 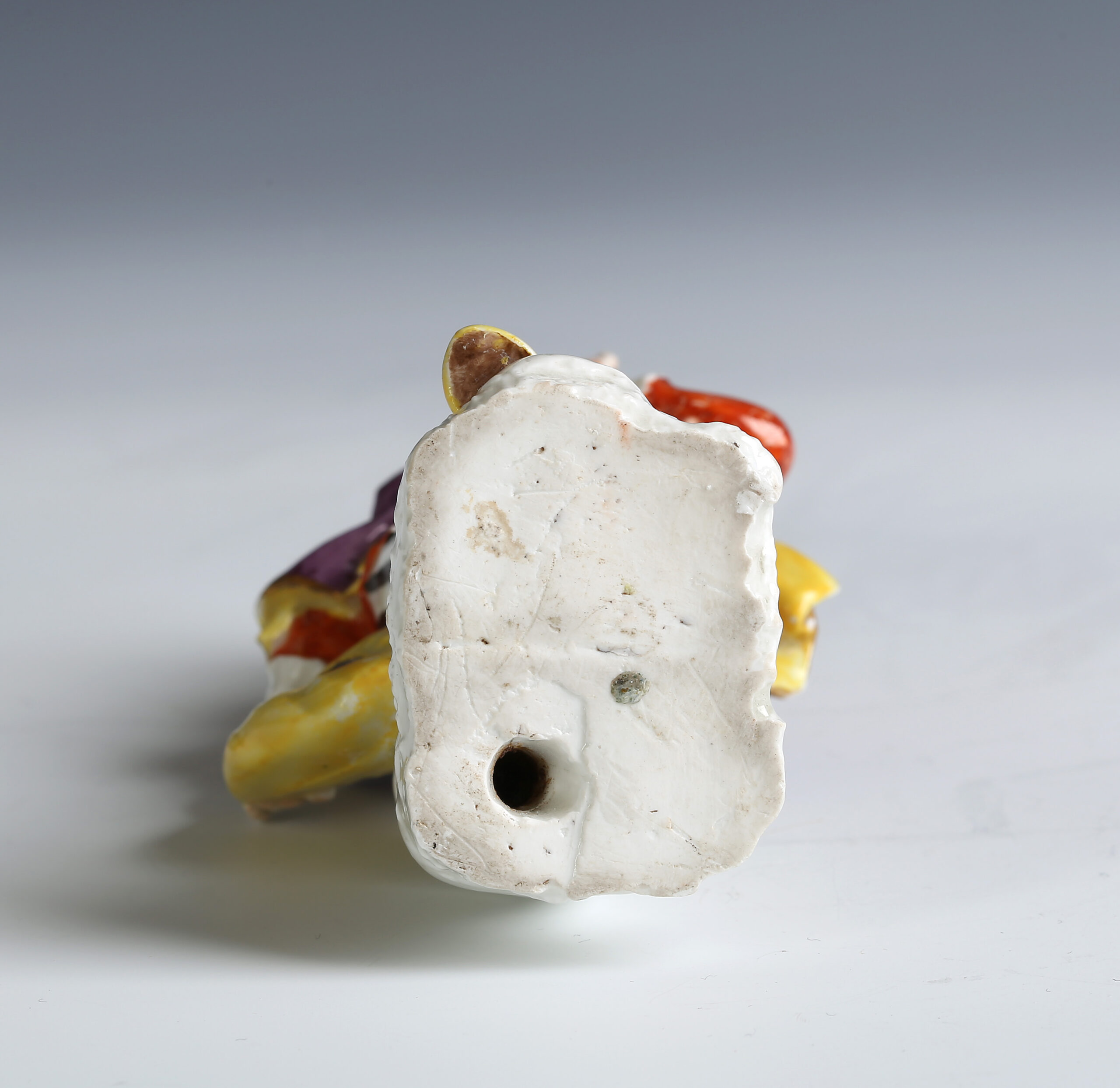 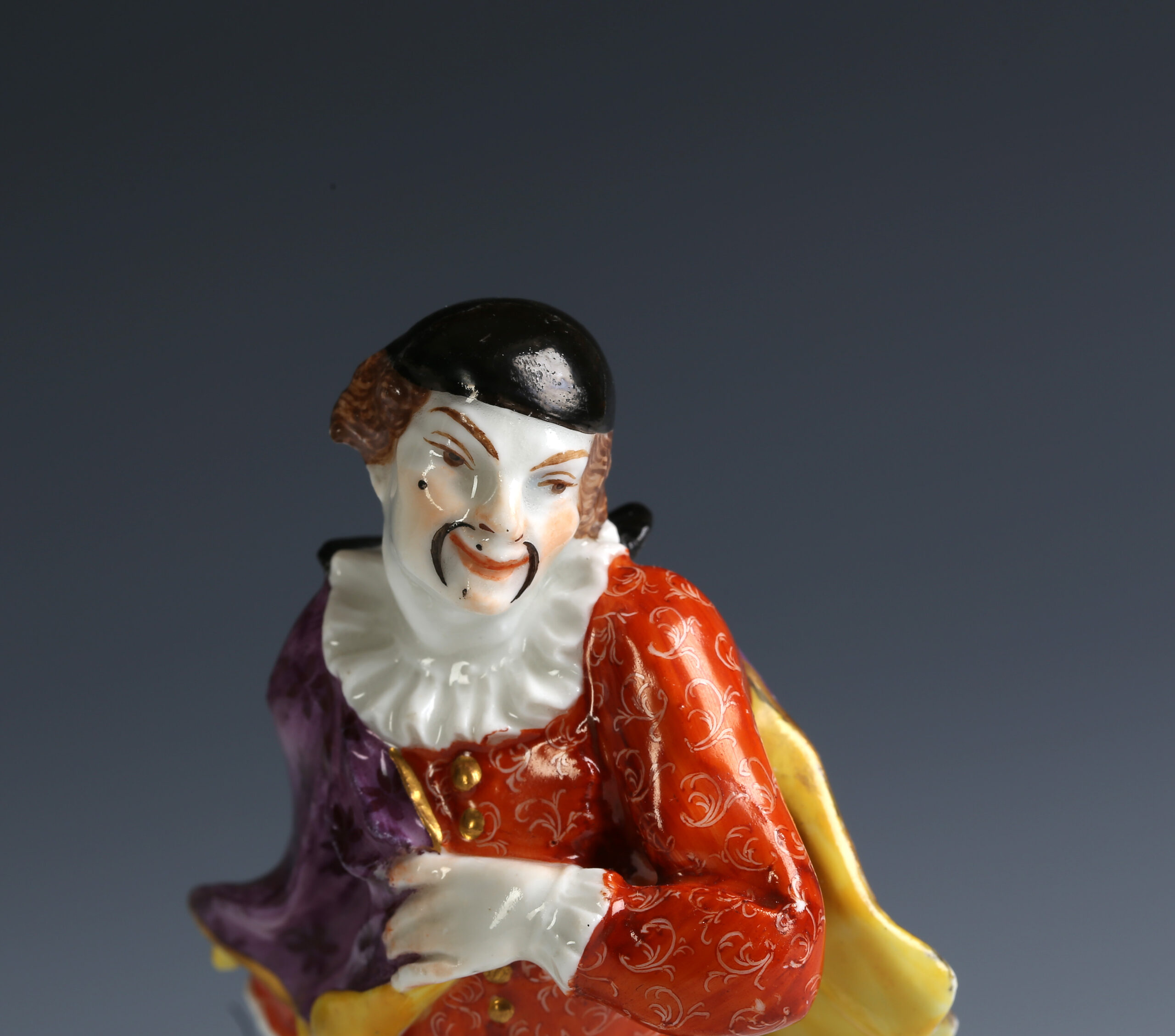 From the COMMEDIA DELL’ARTE
Modelled by Johann Friedrich Eberlein
Circa 1735-36
13.2 cm high

We are grateful to Dr. Sarah-Katharina Andres-Acevedo for a convincing change of attribution for the modeller of this figure.

Dr. Andres-Acevedo tells us that Johann Friedrich Eberlein states in his work reports, that he made a Harlequin and a Scaramouche in September 1735 (under the supervision of Kaendler). These are the earliest Commedia figures by the Kaendler workshop. She also notes the strong similarity in the facial features to the Eberlein pagoda figures and beggars of around 1736. The colouring of our figure is consistent with the mid 1730s.

We believe that our figure is the only known example of this Eberlein figure of Scaramouche. Dr. Andres-Acevedo plans to publish it in her forthcoming book which is due out in February 2023.

We had originally attributed the modelling of our figure to Johann Gottlieb Kirchner based on the published Harlequins which correspond to our figure. Three figures of Harlequin from the same series are known, which share the same modelling with very similar rectangular bases and tree trunk supports. Rainer Rückert published the Blohm example attributing the model to Johann Gottlieb Kirchner and dating it to 1730-32. The same date and attribution was given to the Pauls-Eisenbeiss example when exhibited in ‘Commedia Dell’ Arte. Fest der Komödianten’ exhibition in Berlin in 2001. 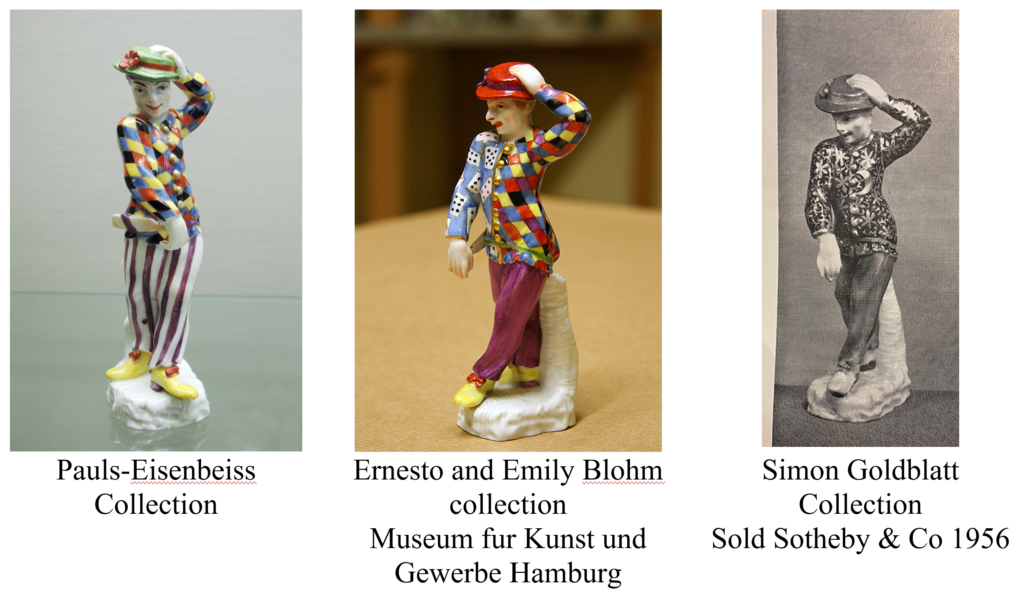 Our figure has the strong primary colours and incised decoration through the red jacket that are typical of the mid-1730s. It and the three harlequins above, were perhaps early studies and predate the great figures of Johann Joachim Kaendler which established the enduring fame of the commedia dell’arte in porcelain.

The old-fashioned cape, ruff and thin Italianate moustache identify our figure as being from the commedia dell’arte. Scaramouche is one of Harlequin’s companions or Zanni, who added comic relief and mischief to his escapades.

Our figure’s stance shows him performing an exaggerated courtly bow with his carefully placed feet and hand held over his chest. 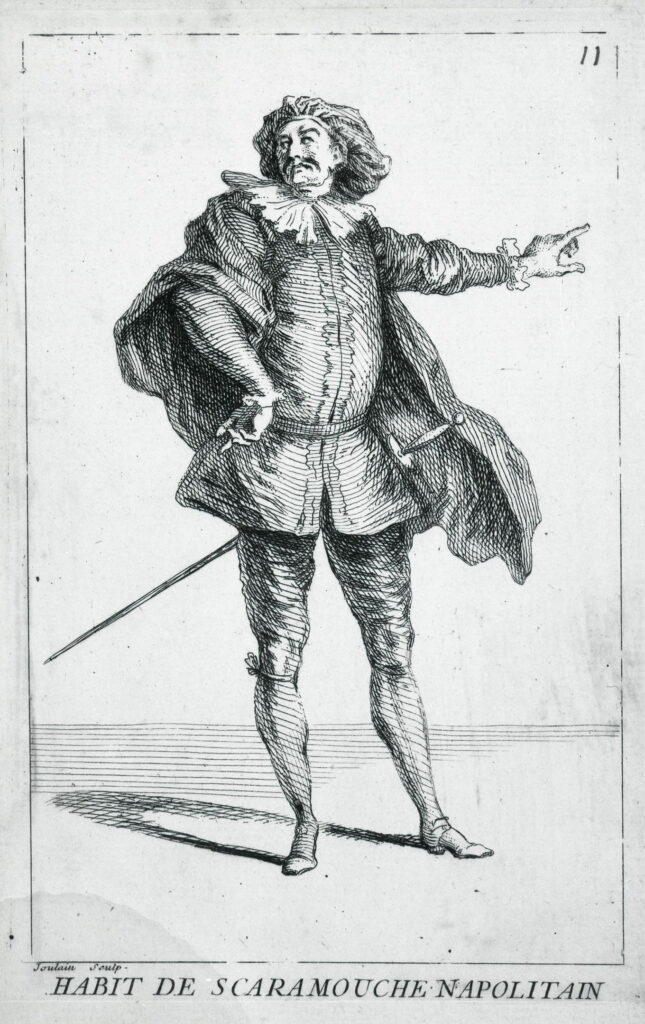 I am grateful to Dr. Sarah-Katharina Andres-Acevedo and Meredith Chilton for assistance in describing this figure.

Condition:
Broken through the legs with associated losses, two chips to the black collar

Catalogue of the highly important collection of European porcelain, The property of Otto and Magdalena Blohm of Hamburg and Caracas, Sotheby & Co. Part I, 4 & 5 July 1960, lot 140

Catalogue of the important collection of English and Continental porcelain, The property of Simon Goldblatt, Esq., Sotheby & Co, 1 & 2 May 1956, lot 252