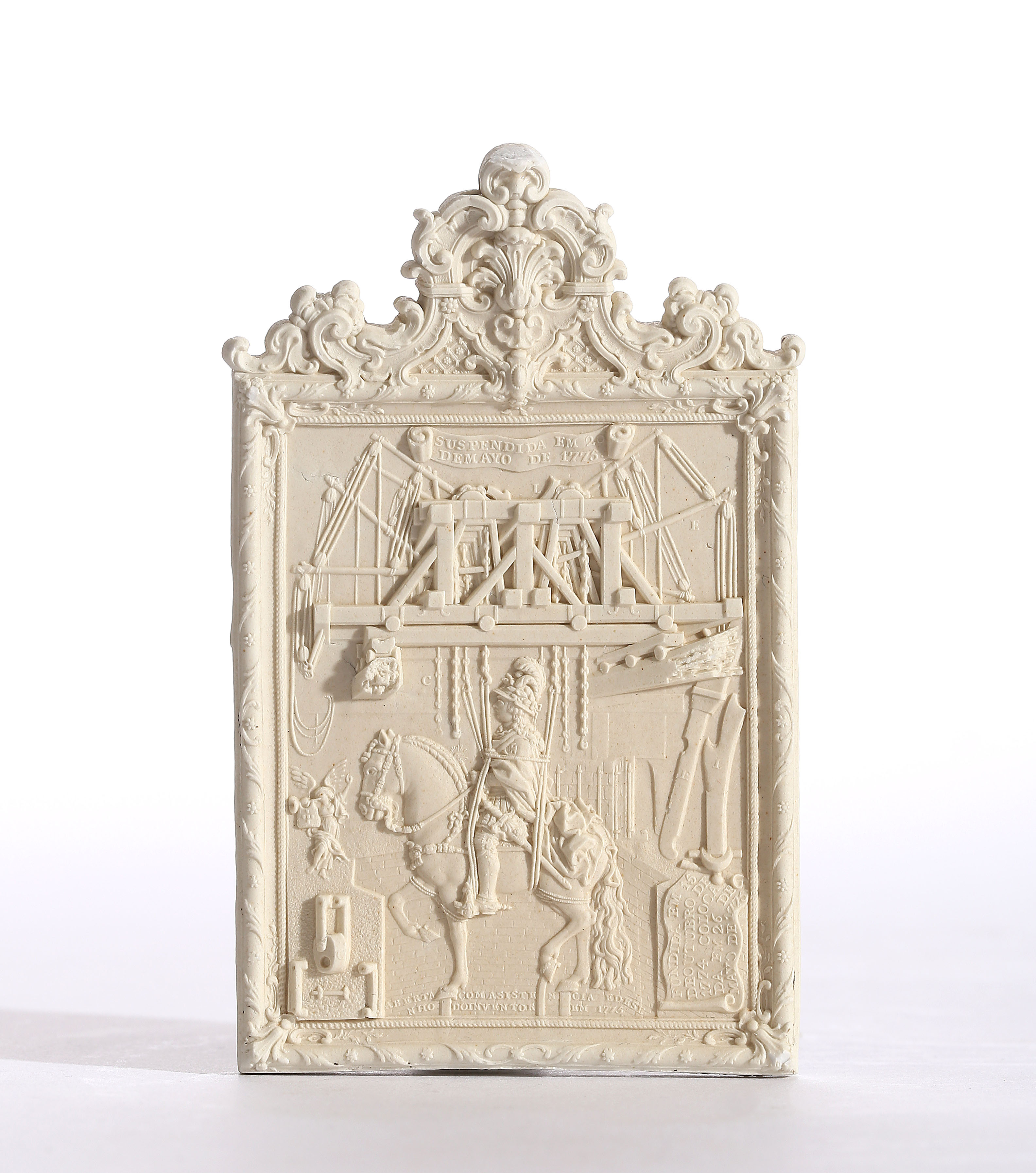 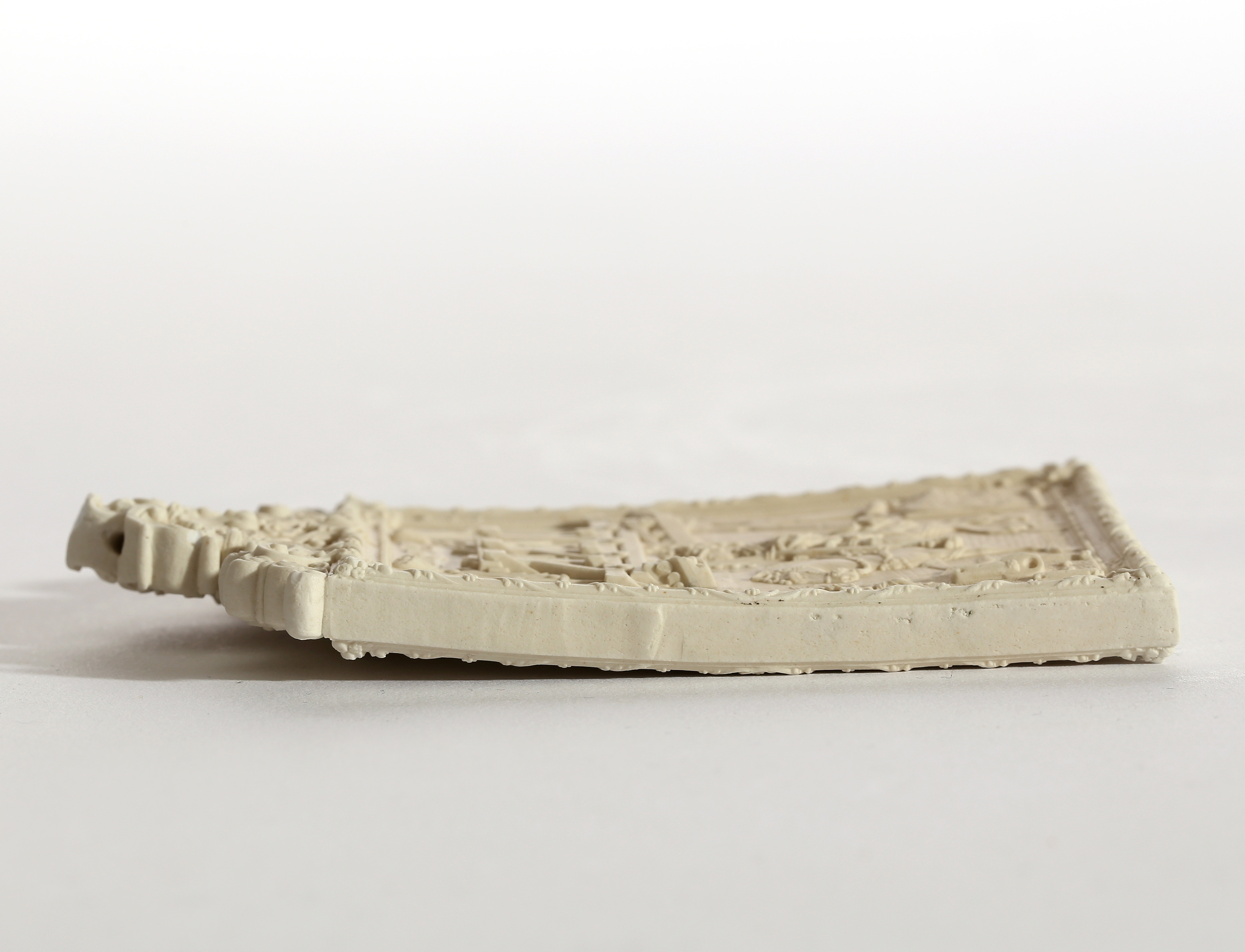 The front of the plaque is contained within a rectangular porcelain frame surmounted by an elaborate cresting. The front is moulded in relief in minute detail with the elaborate mechanism for raising of the equestrian statue of the king.

This represents the first attempt to make porcelain in Portugal. Lieutenant Colonel Bartholemeu da Costa discovered small amounts of kaolin in some fire clays being tested for the building of kilns to be used in a foundry at the army arsenal in Lisbon in 1773 and produced a handful of experimental pieces of porcelain. Da Costa was an engineer and the plaque celebrates his apparatus for the erection of the equestrian statue, by Mochado de Castro, of King Joseph I of Portugal which still stands in Lisbon on the site where his palace was flattened in the devastating earthquake of 1755.

Various scrolls and passages of text on the front celebrate the process from conception to completion, saying that the statue was ‘suspended on 20 May 1775’. A further large inscription covers the reverse.

Inscriptions on the front:

Inscription on the reverse:

LIFTING APPARATUS USED BY MEANS OF A RIGHT ANGLE OUTSIDE THE FOUNDRY HOUSE TO PUT ON THE TRANSPORT CART THE ROYAL EQUESTRIAN STATUE OF HIS MAJESTY KING JOSE I CAST IN ONE GO WITHOUT A FLAW IN THE ROYAL ROYAL ARTILLERY FOUNDRY HOUSE UNDER THE SUPERVISION OF LIEUTENANT GENERAL OF THE ROYAL ARTILERY OF THE KINGDOM MANOEL GOMES DE CARVOO E SILVA. INVENTED BY THE BRIGADIER BARTOLOMEO DA COSTA, THE FIRST TO FIND PORCELAIN IN PORTUGAL, AND HE DISCOVERED IT AT THE SAME TIME AS HE WAS DEVELOPING AND WORKING ON THE CASTING OF THE ROYAL STATUE

And in minute letters at the bottom:

Condition:
Chip to top of cresting, warped and slightly discoloured in firing