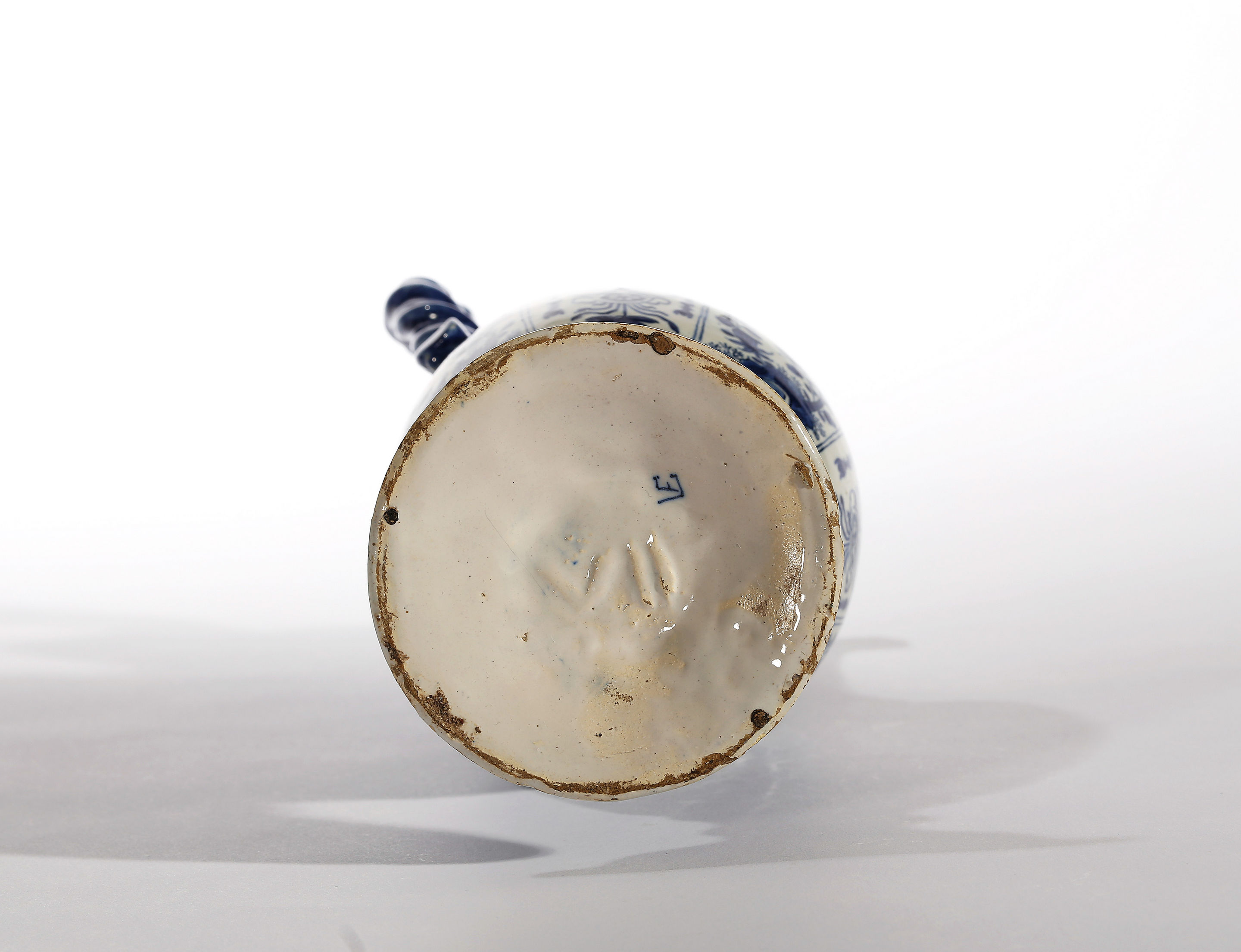 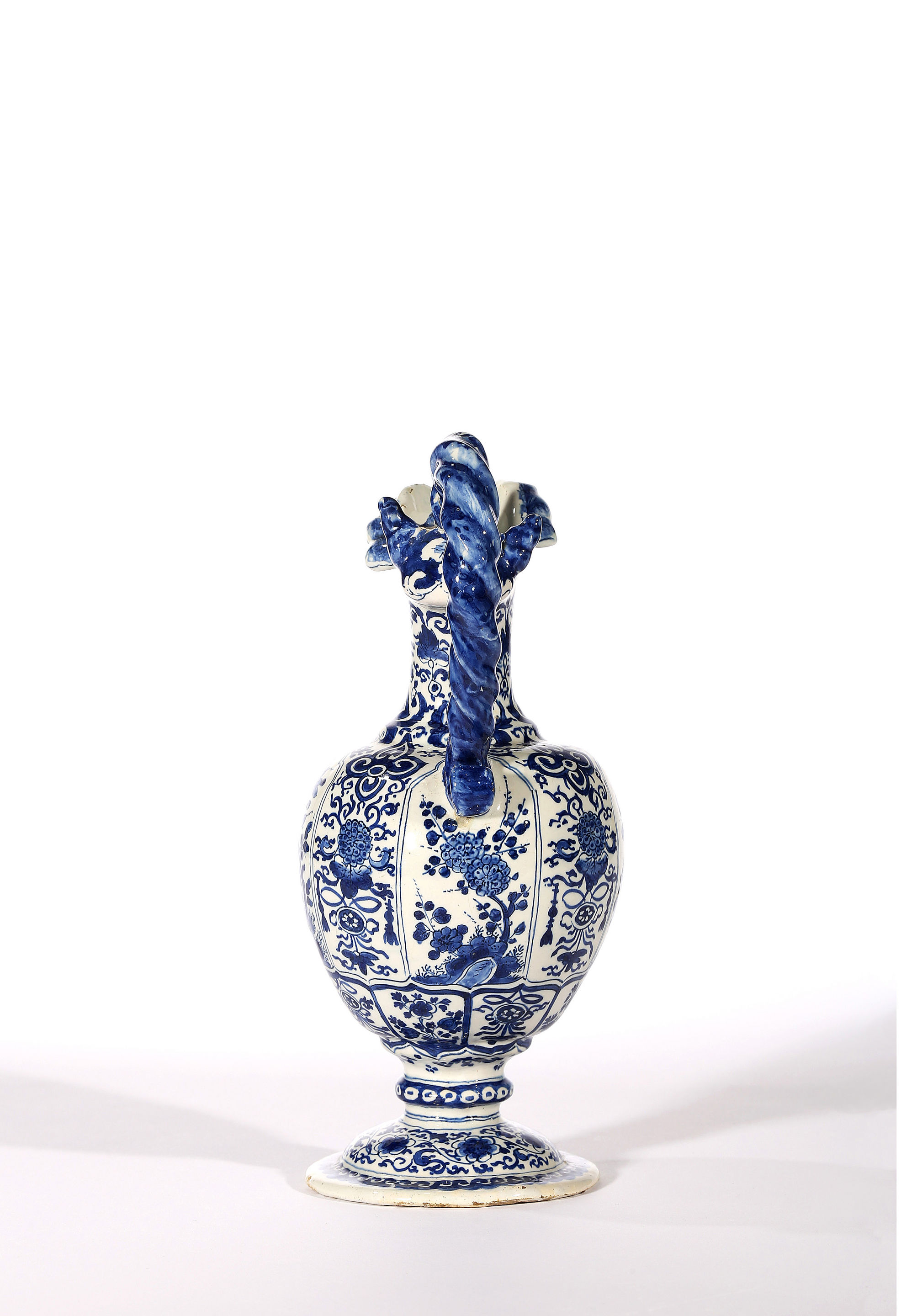 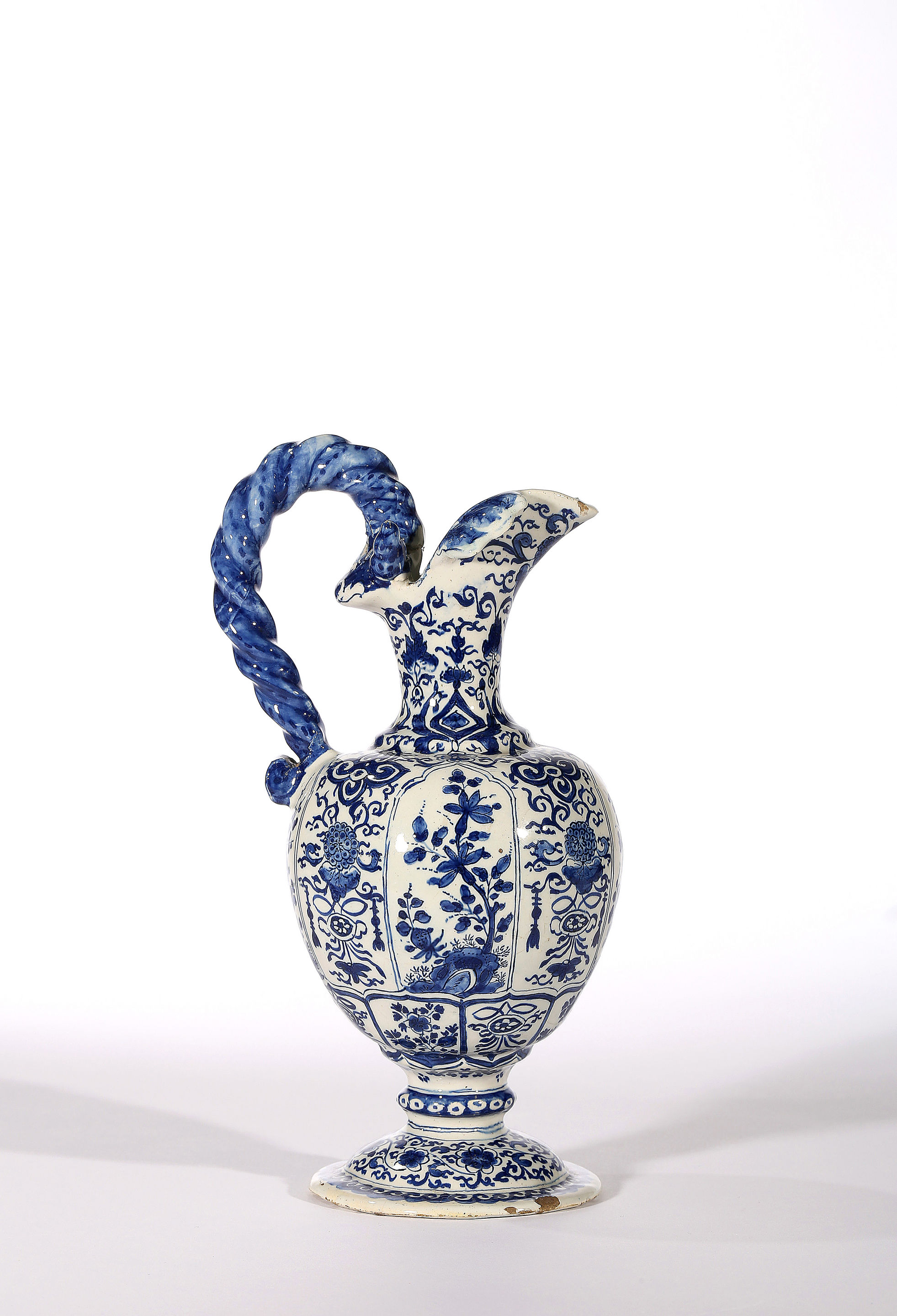 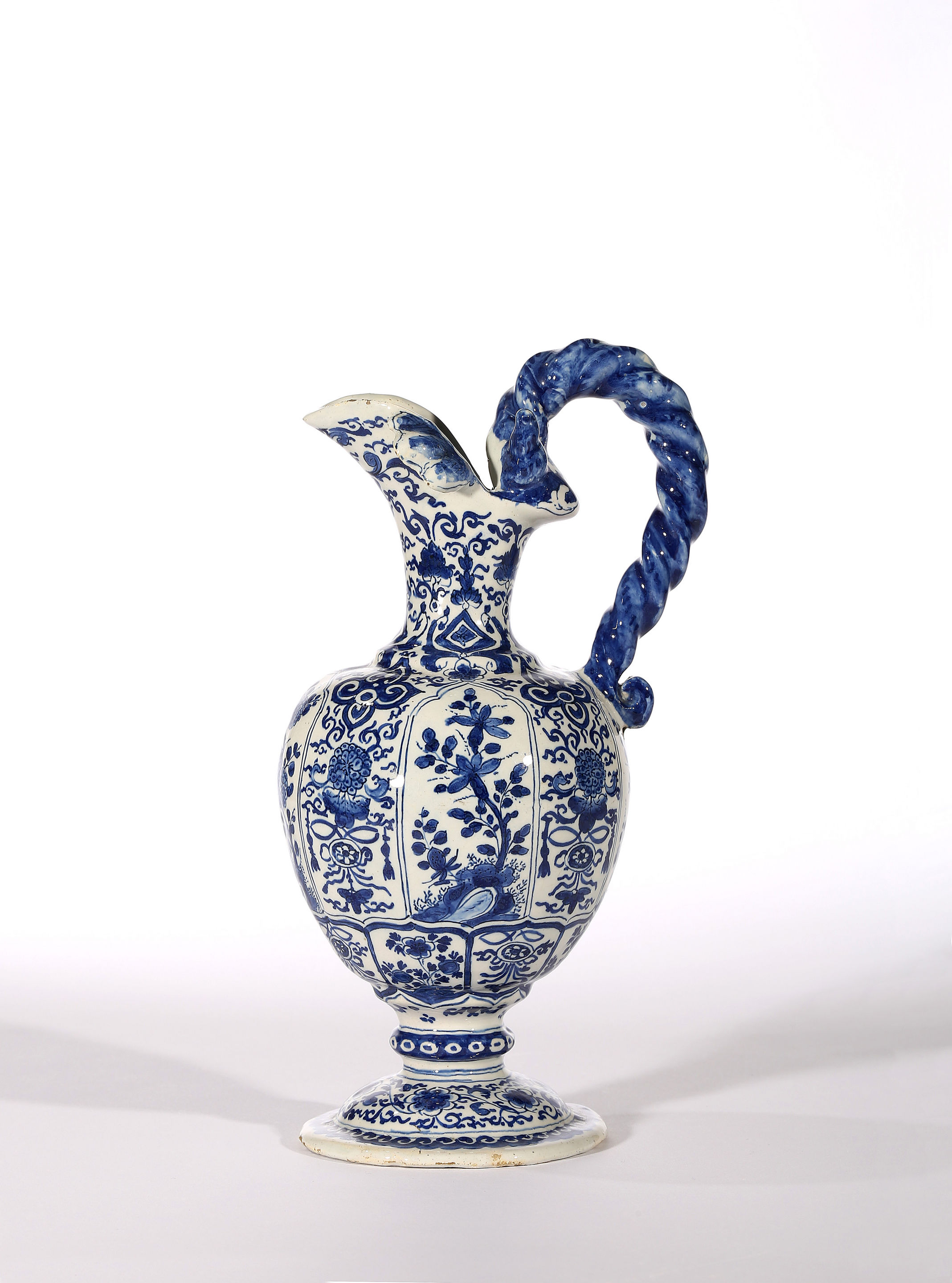 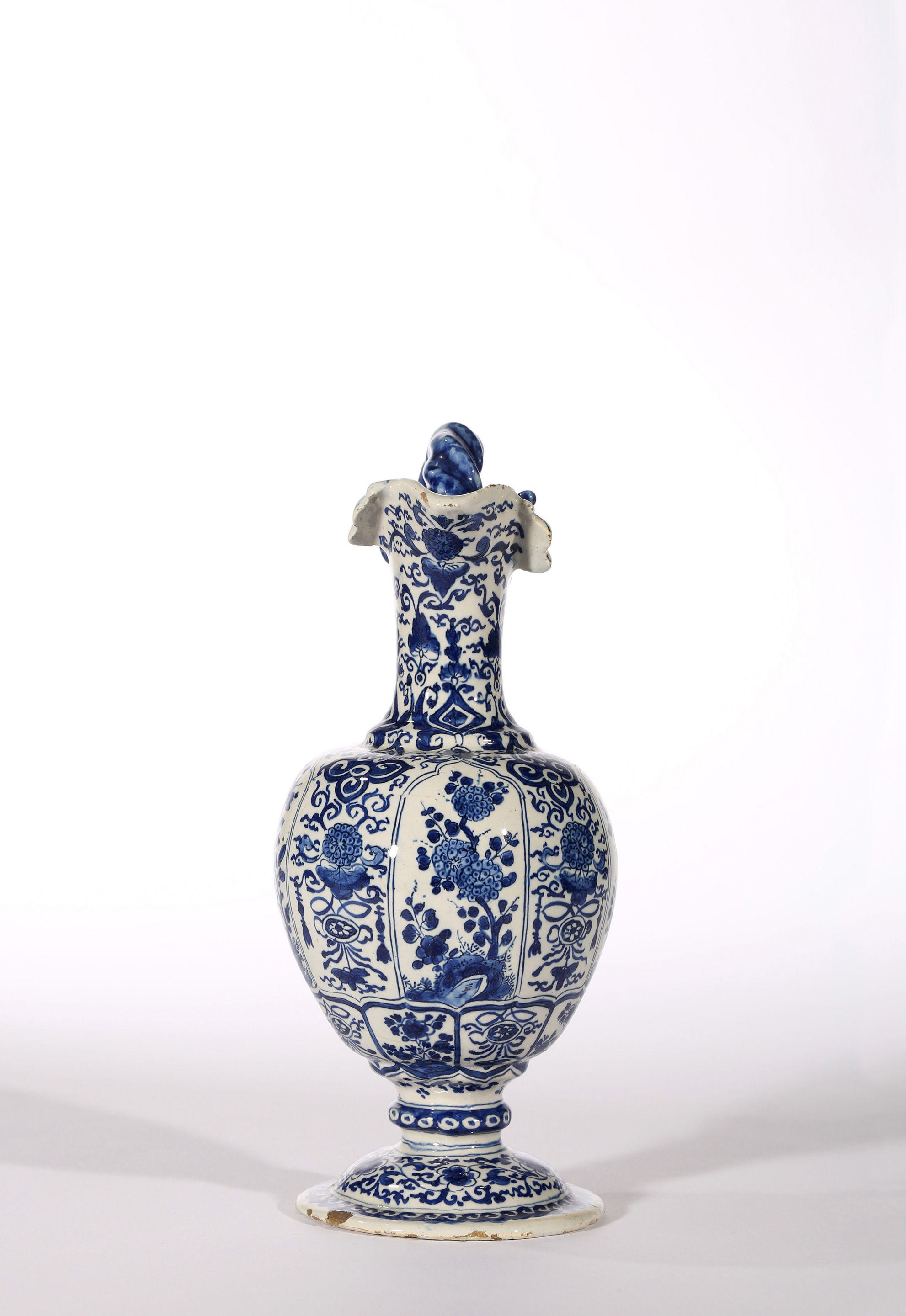 Decorated with panels in Kraak style. The form of the ewer originates in France and can be found in Nevers faience of the 17th century.

The same shape can be found as part of an earlier commission from the Metaale Pot in a large service made for Prince Lobkowicz (circa 1685) made while the factory was owned by Lambertus van Eenhoorn’s predecessor and cousin, Lambertus Cleffius.

Lambertus van Eenhoorn was also the older brother of Samuel van Eenhorn who, until his death in 1685 owned the Grieksche A factory, and the son of Wouter van Eenhoorn who founded it.

Lambertus van Eenhoorn had been overlooked in favour of his brother Samuel for the inheritance of the Grieksche A factory, presumably because of his predisposition for overspending and drinking. Despite this, he turned out to be a very successful businessman and the factory flourished under his stewardship in a period of stagnation in the Dutch economy.

Condition – Small chips to the foot and rim, no restoration.