Hafnerware Flask with The Adoration of the Magi, Workshop of Paul Preuning 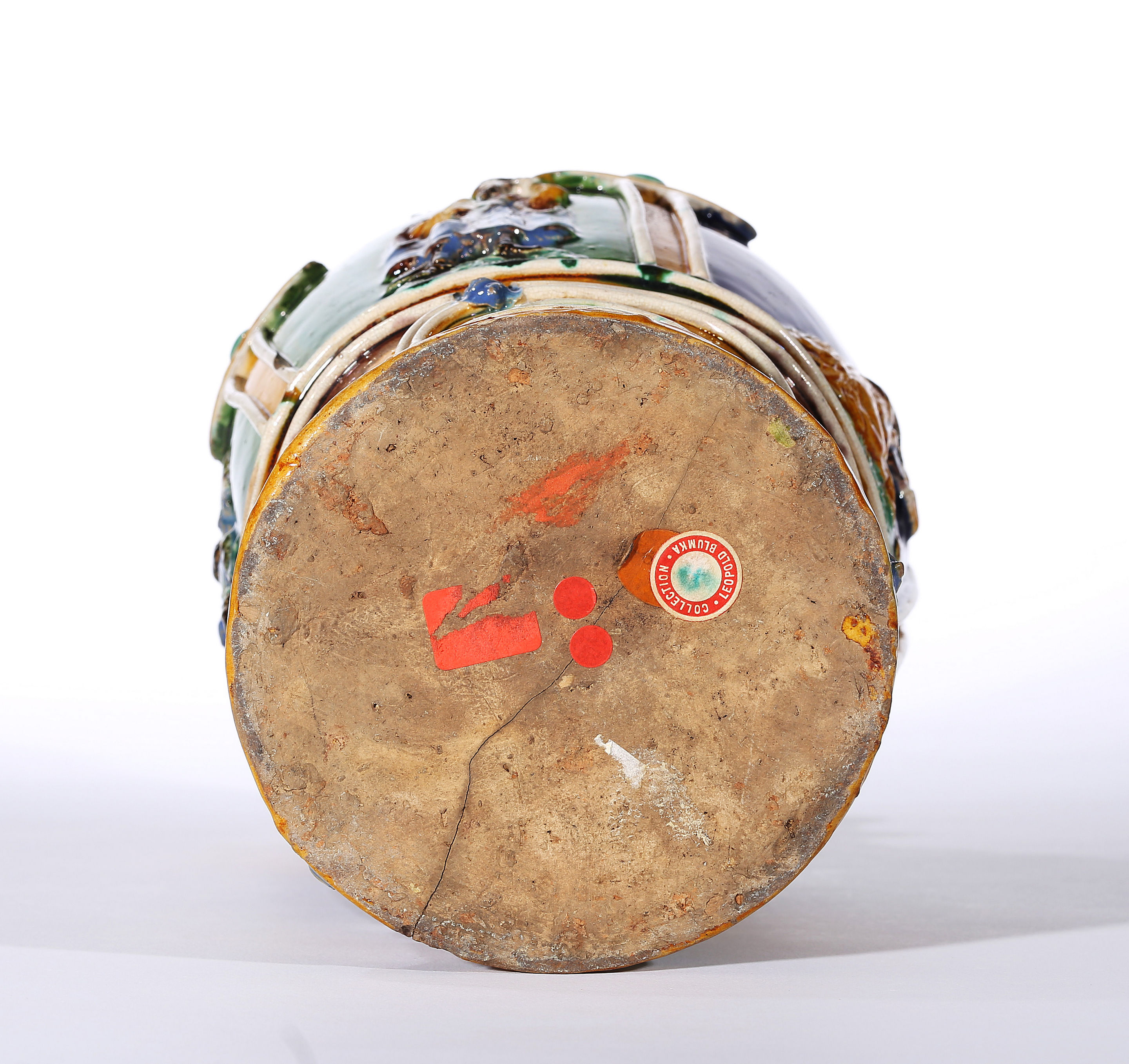 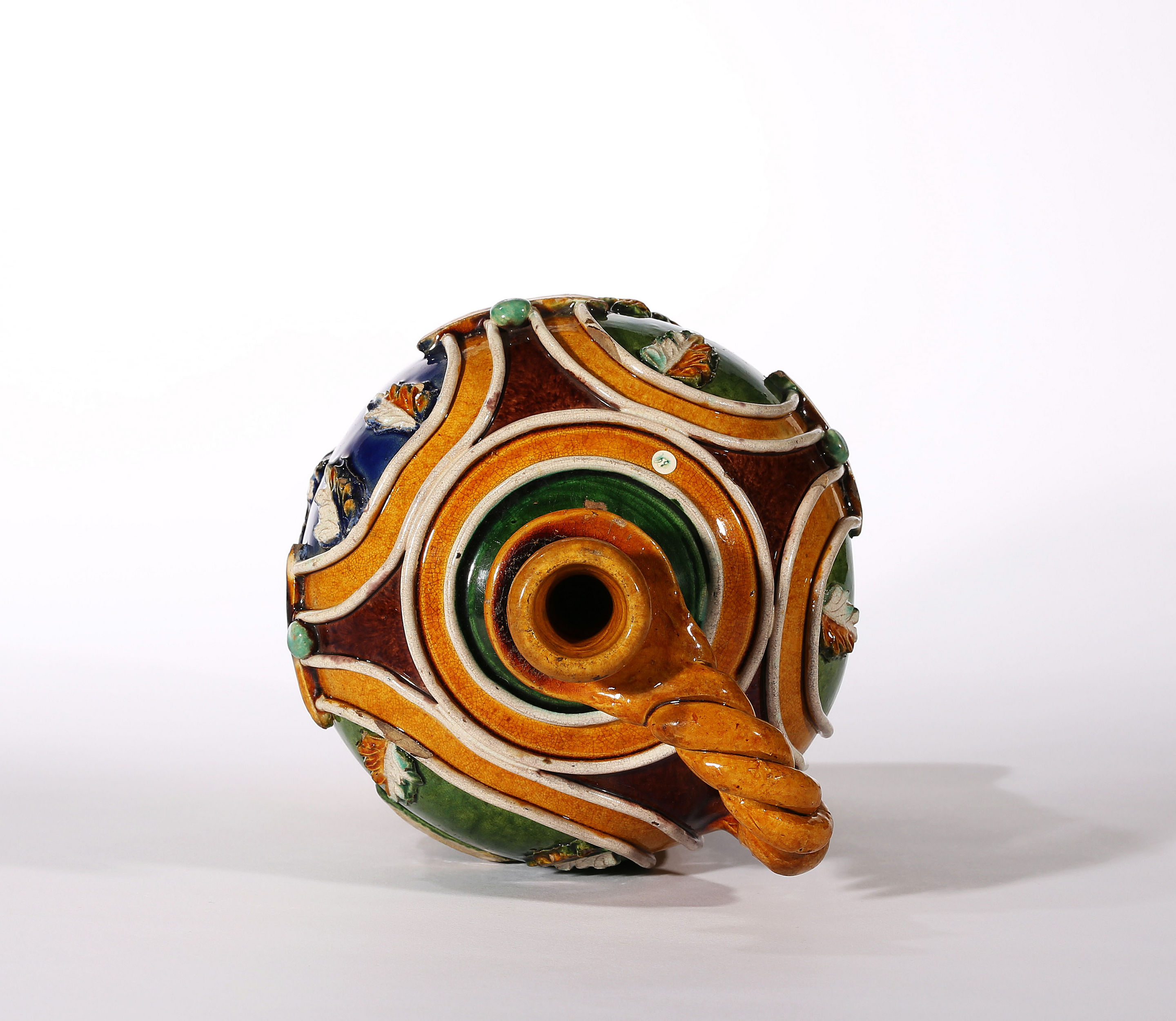 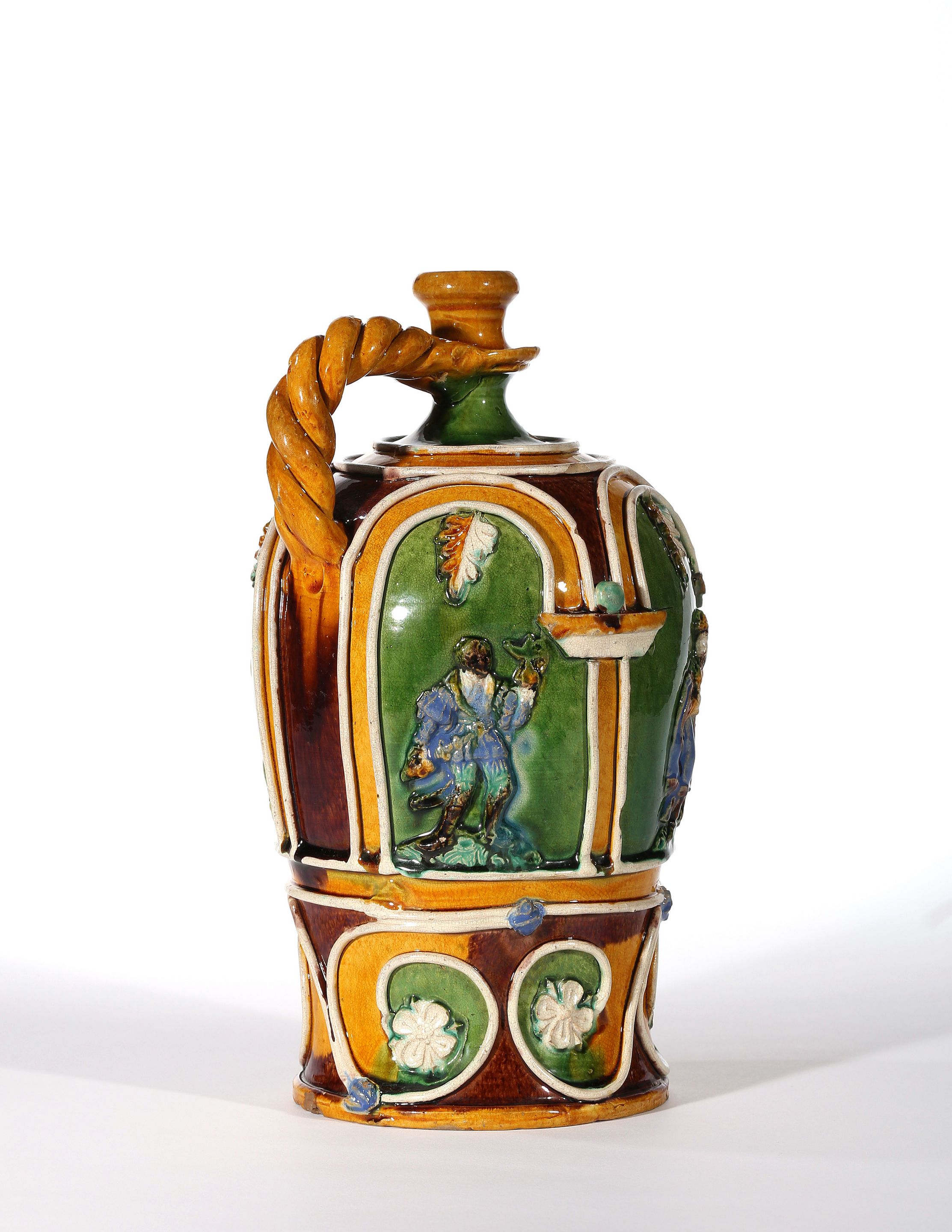 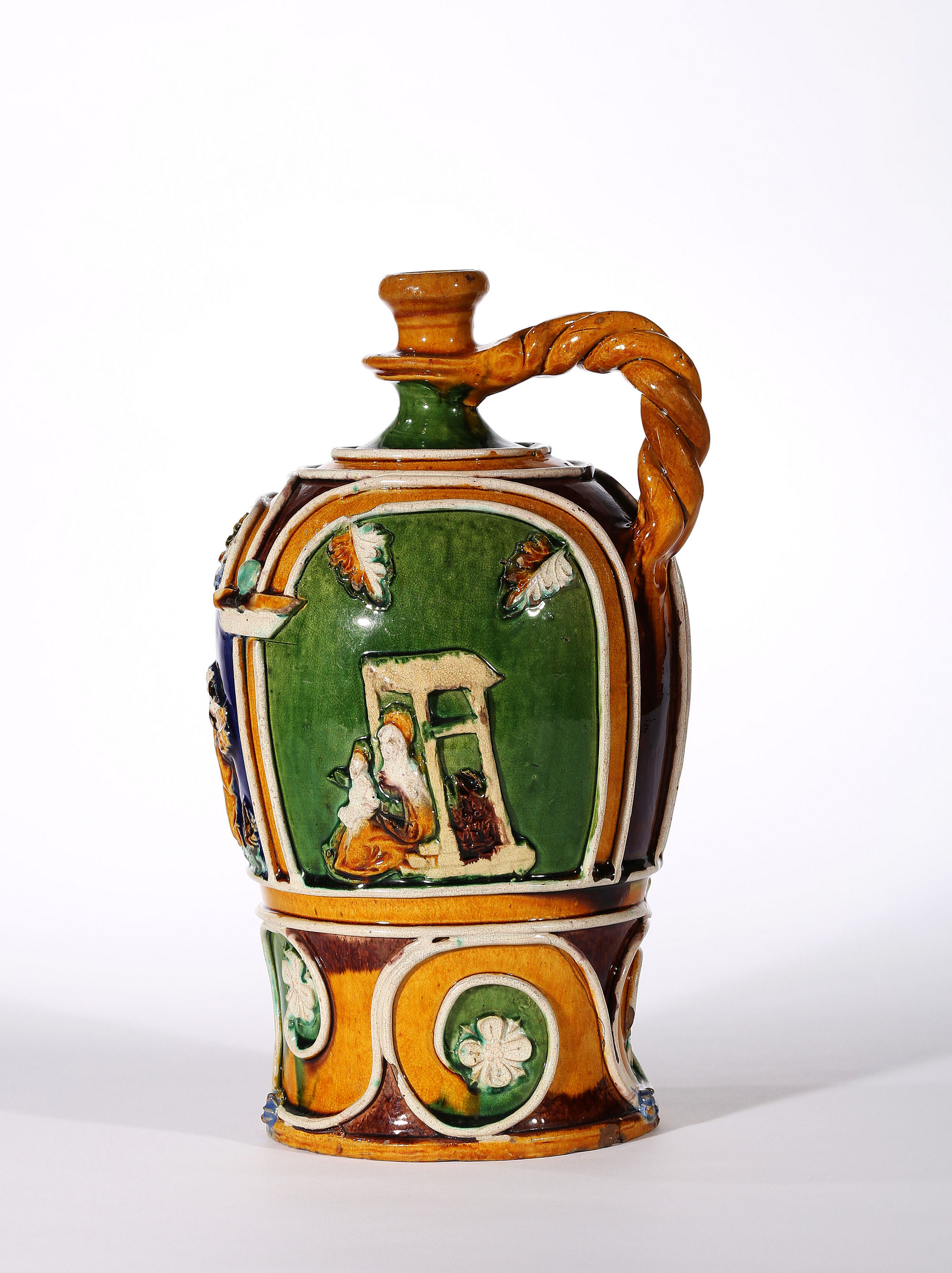 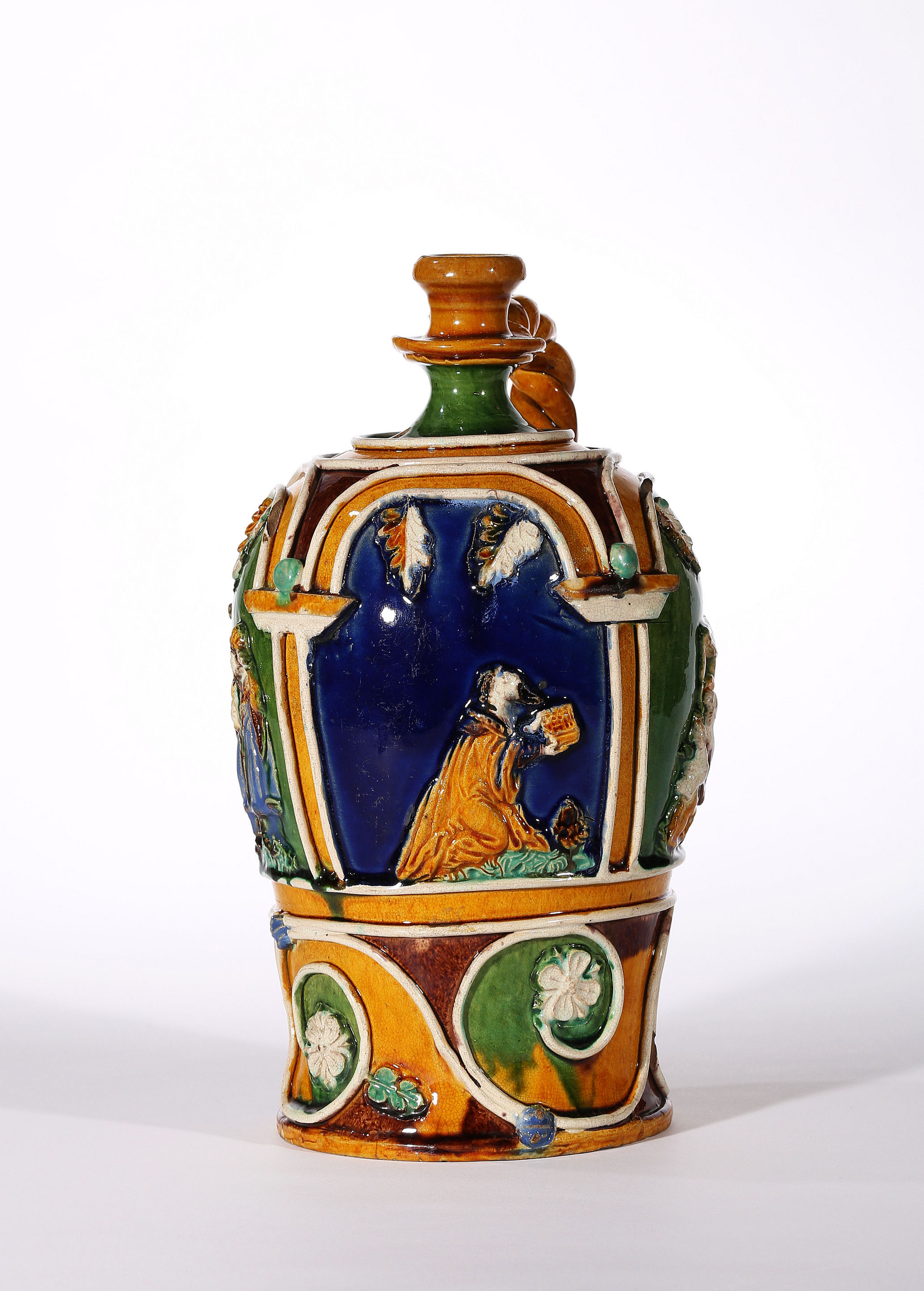 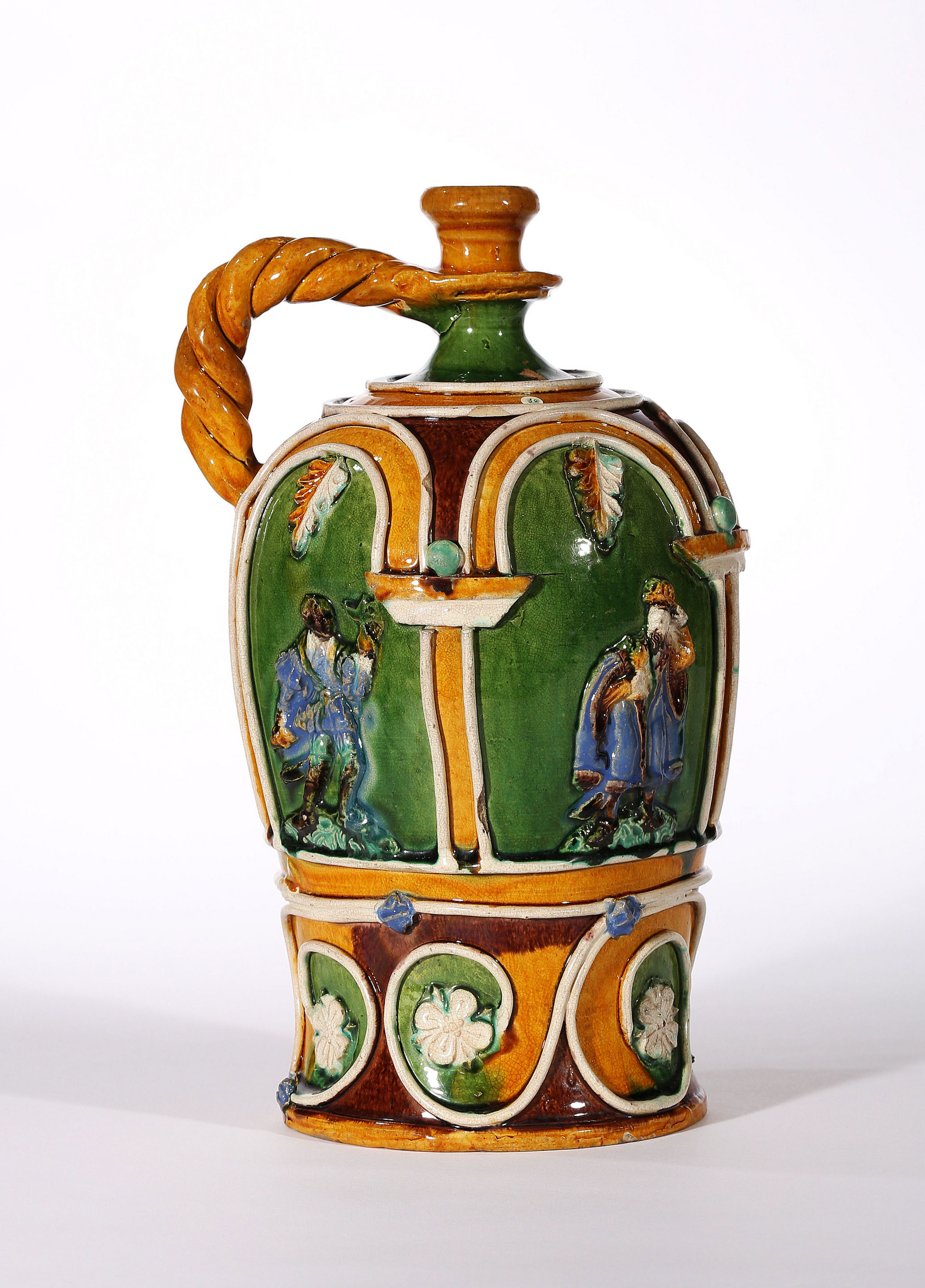 Hafnerware Flask with The Adoration of the Magi, Workshop of Paul Preuning

Baluster body with a twisted handle and four arcaded panels enclosing Mary and Christ in the stable and the three kings Melchior, Caspar and Balthazar, bearing gifts.

Decorated with areas of richly coloured blue, green, aubergine and ochre lead glaze separated by white tin-glazed cables. The moulded figures of the Magi and Mary and Christ in the stable on this flask exactly match those on a large Preuning Jug in the Victoria and Albert Museum (C.74-1925).

The workshop of Paul Preuning was based outside the Tiergarten Gate of Nuremberg and emerged in the 1540s out of the Hafnerware tradition of pottery stove tiles. Preuning’s pots are distinctive for their bright glazes, relief moulds, and geometric banded designs. The production lasted for around fifty years and were made for a local market. They do not survive in large numbers.

In May 1548, it was declared that the Lutheran doctrine should be abolished. In June, Preuning’s workshop is recorded as having made some jugs bearing Christ on the Cross flanked by a drummer and a piper where the Virgin and St. John would usually stand. The iconography was considered blasphemous and Preuning was arrested and questioned for three days. Paul Preuning said that his relative Kunz Preuning had made them. The jugs were all smashed and others in the workshop which showed the Crucifixion with dancing peasants were also confiscated.

Condition – Small pierced hole in the neck, body crack starting in the base and extending 7.5 cm into the body, further small chips. No restoration.