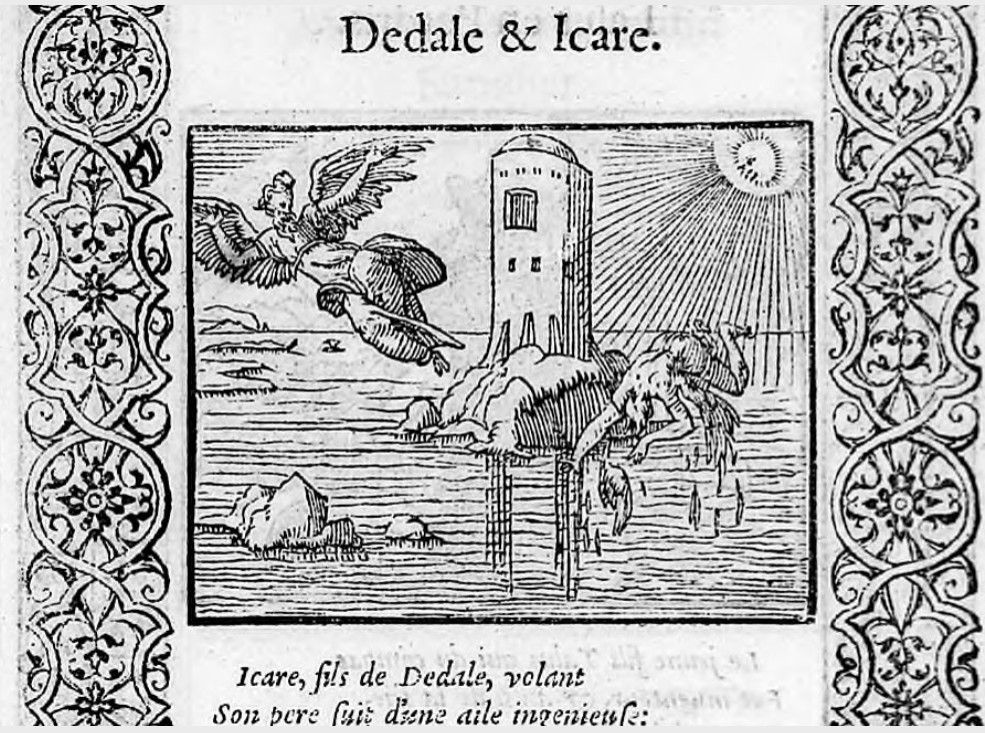 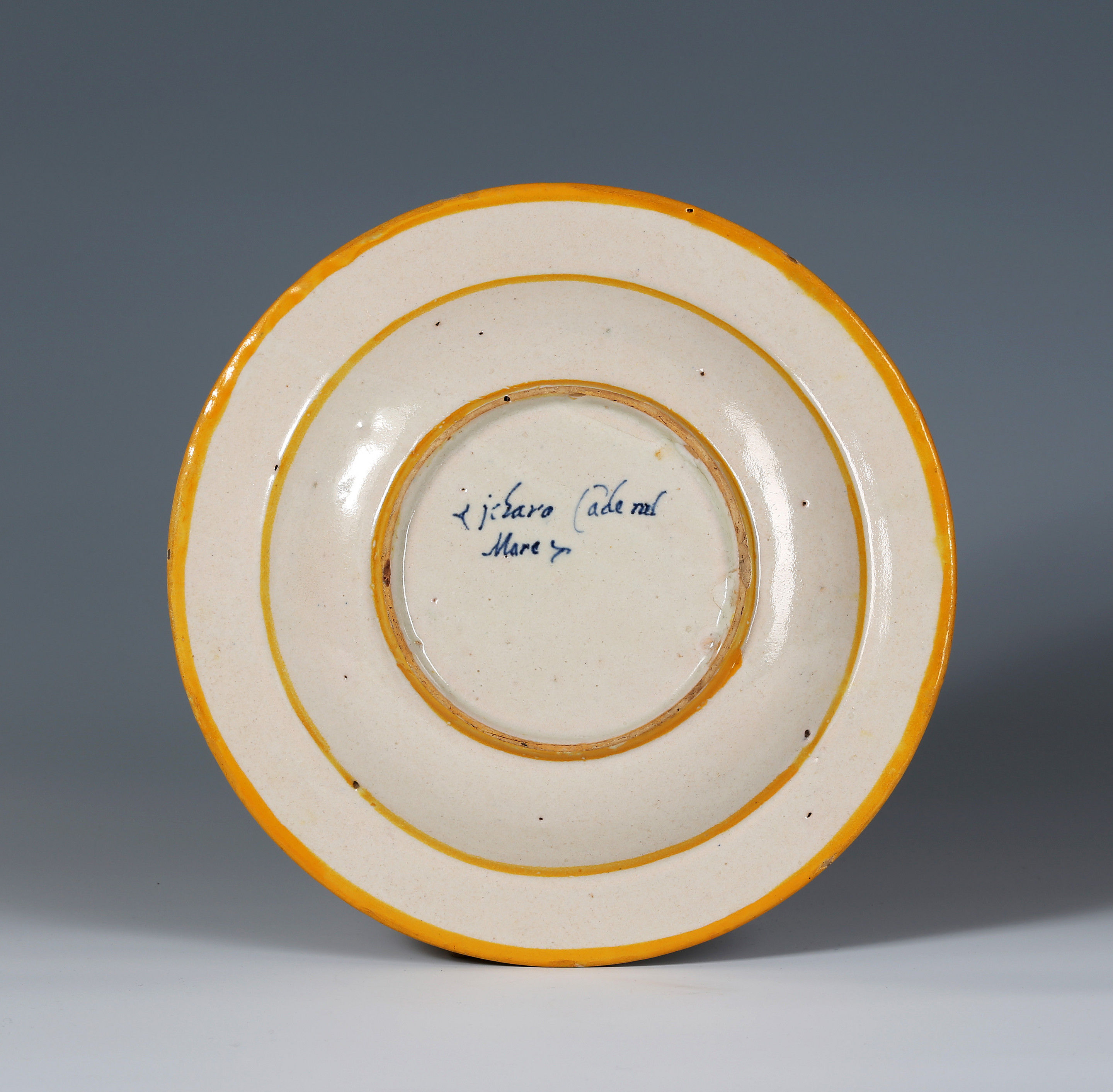 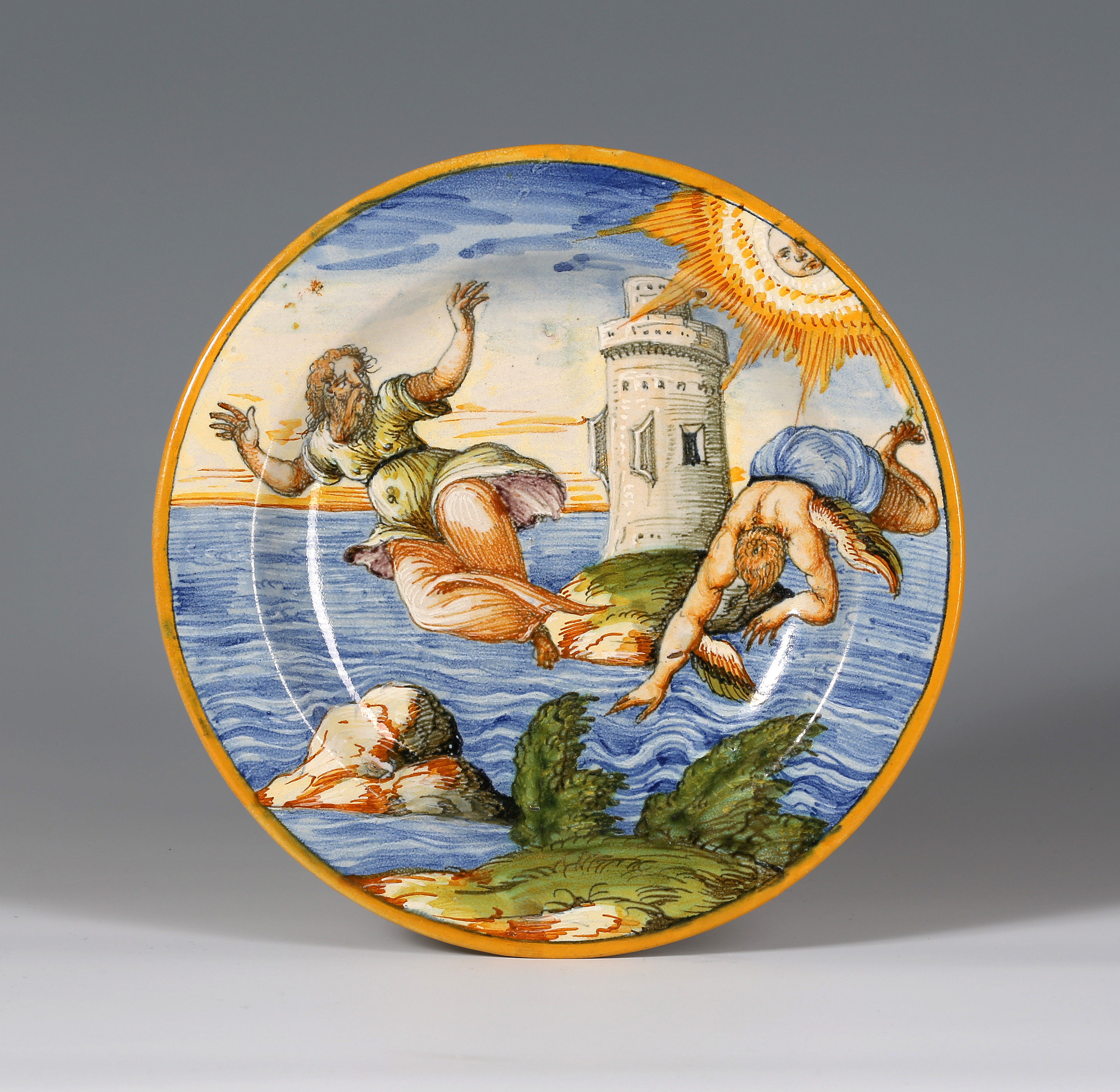 Circa 1570
Inscribed to the reverse Icharo Cade nel Mare

After building the Minotaur’s labyrinth for King Minos of Crete, Daedalus and Icarus were locked in a tower so as to ensure its secret was kept. Daedalus joined feathers together with wax for him and his son to escape. On their escape Icarus is famously warned not to fly too close to the sun, but of course the father’s warning was ignored. This dish shows Icarus falling into the sea.

It is one of a series identified by Joanna Lessmann, many of which can be found in the Herzog Anton Ulrich Museum. The inscriptions are characterised by the distinctive marks in which the writing on the reverse is bracketed. They are drawn from a series of prints made by Bernard Solomon depicting the Metamorphoses of Ovid (Lyon, Tournes, 1557). Although accurate in every other respect, the decorator has forgotten draw Daedalus’ wings.