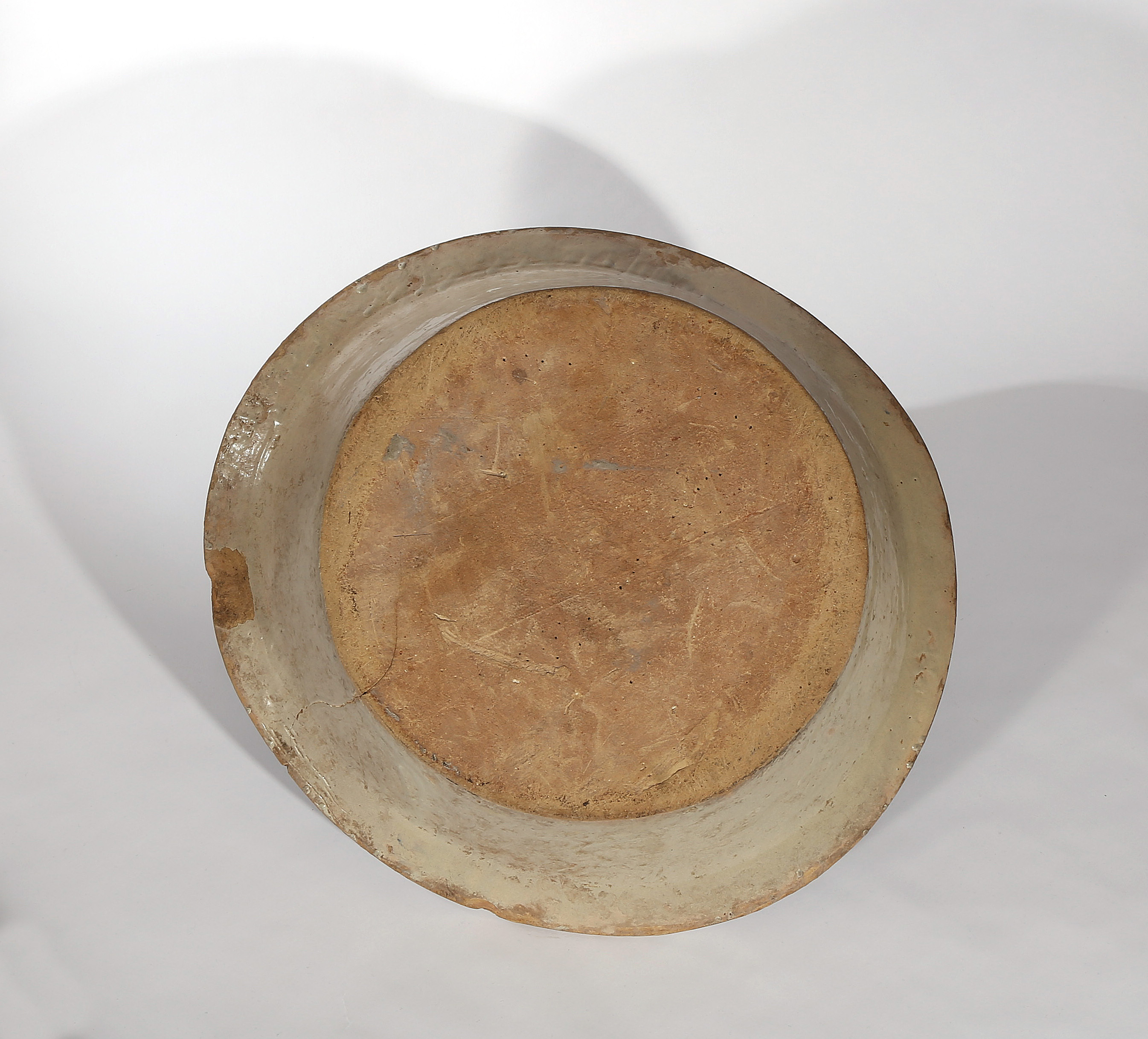 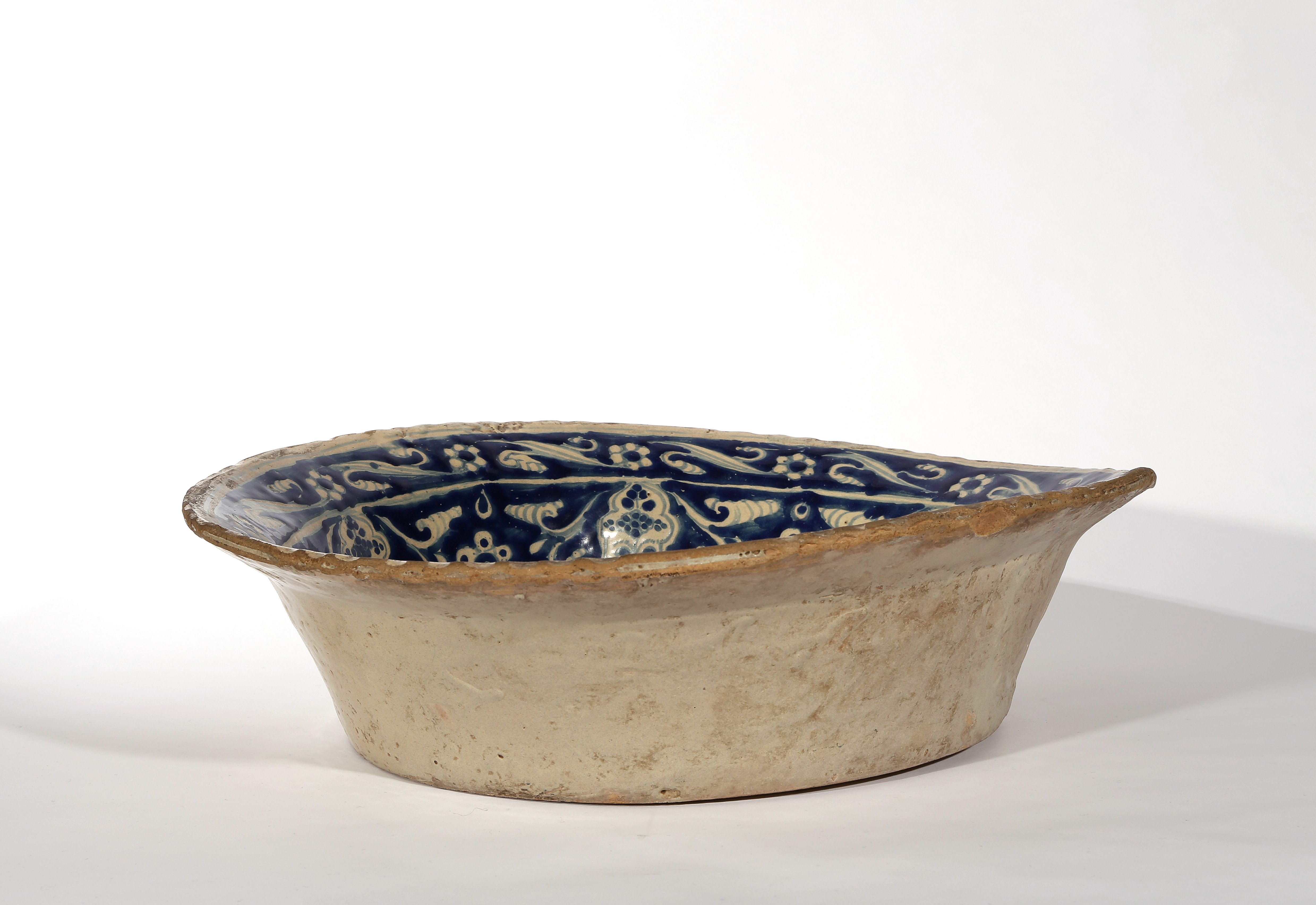 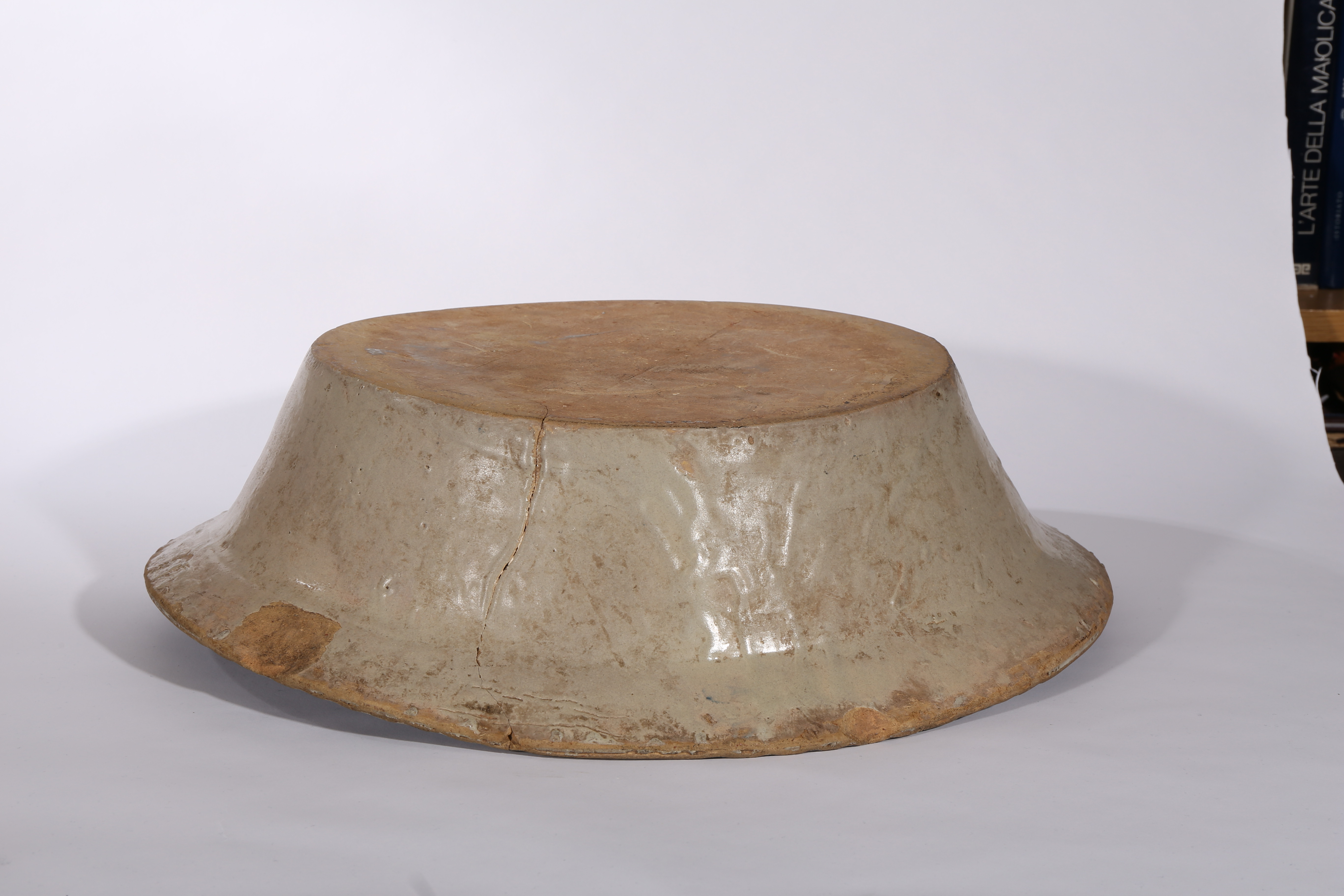 First third of the 18th Century

The style of the decoration derives from 17th century Chinese porcelains imported from the Spanish Philippines on the Manilla galleons which arrived in Acapulco before going to Mexico City and Puebla de Los Angeles.

Spanish potters introduced wheel throwing and the technique of tin-glazing to Mexico and gave the term Talavera after the ceramic centre of that name in Spain. The form of such a basin or lebrillo comes from Spanish pottery and ultimately derives from earlier Islamic metal forms.

Such large basins are extremely rare on the market. In museum collections in Mexico we have found examples in the Franz Mayer collection in Mexico City and the Museo Bello in Puebla City, examples once in the Perez de Salazar collection are now in a private collection. Outside of Mexico we know of only a small number of examples of this form in the Metropolitan Museum of Art, the MFA Boston, The Philadelphia Museum of Art, The National Museum of Mexican Art in Chicago and the Denver Art Museum. The Victoria and Albert Museum, London, has an example

Provenance:
Old Belgian private collection of the Schleiper family. The Schleipers are a well-known family of Belgian picture framers who have been in business since 1892, and have long been collectors of art.