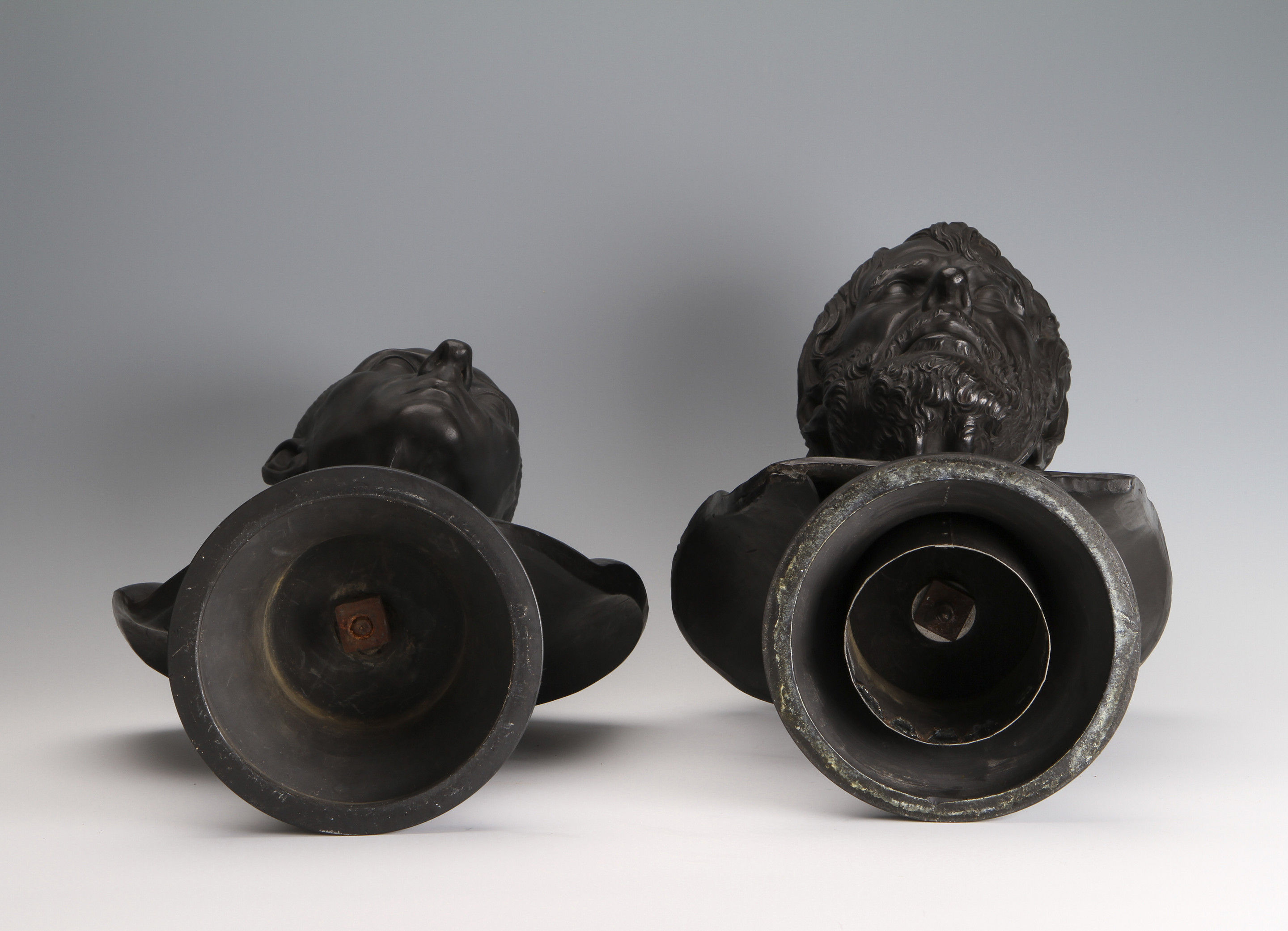 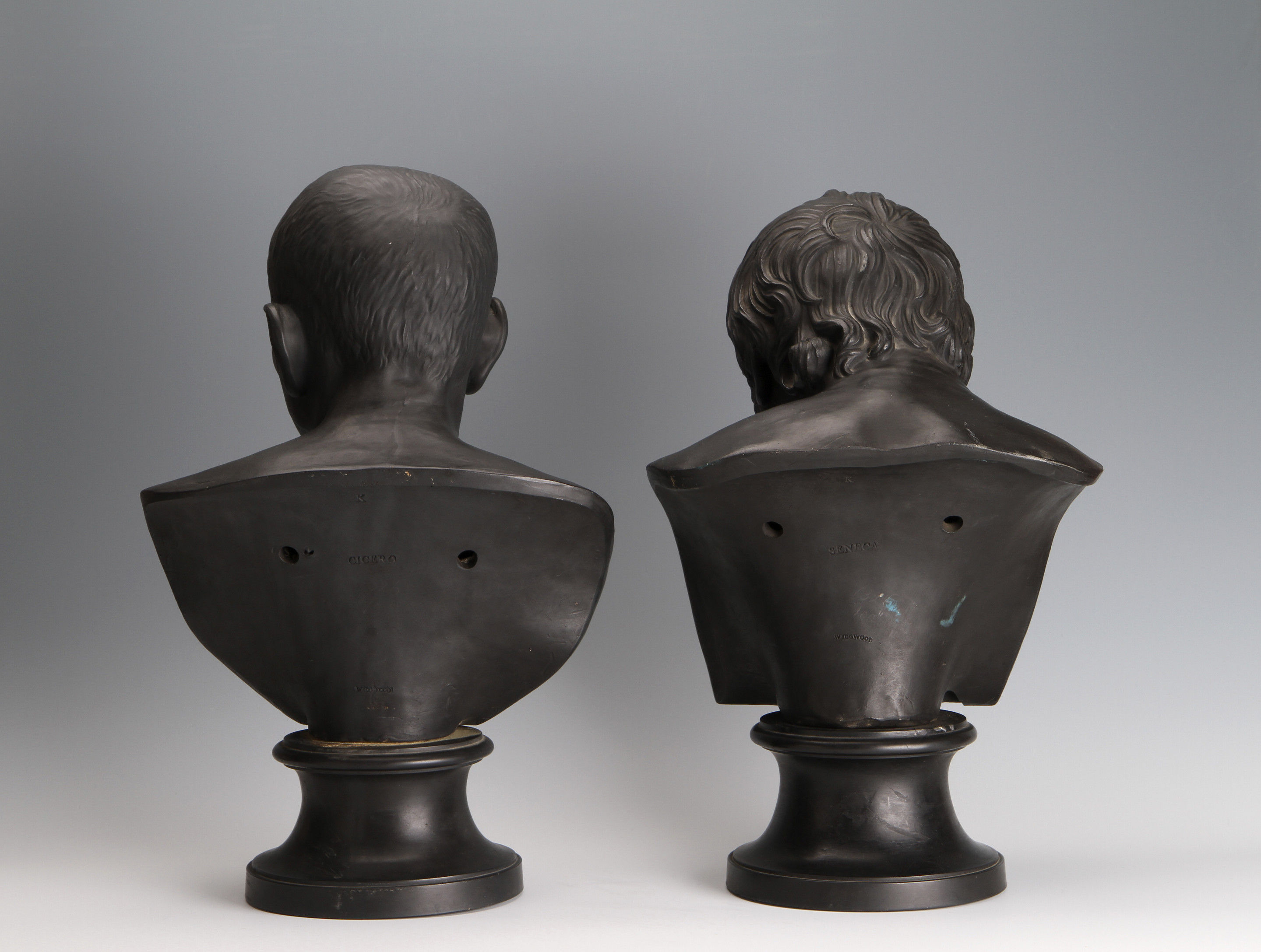 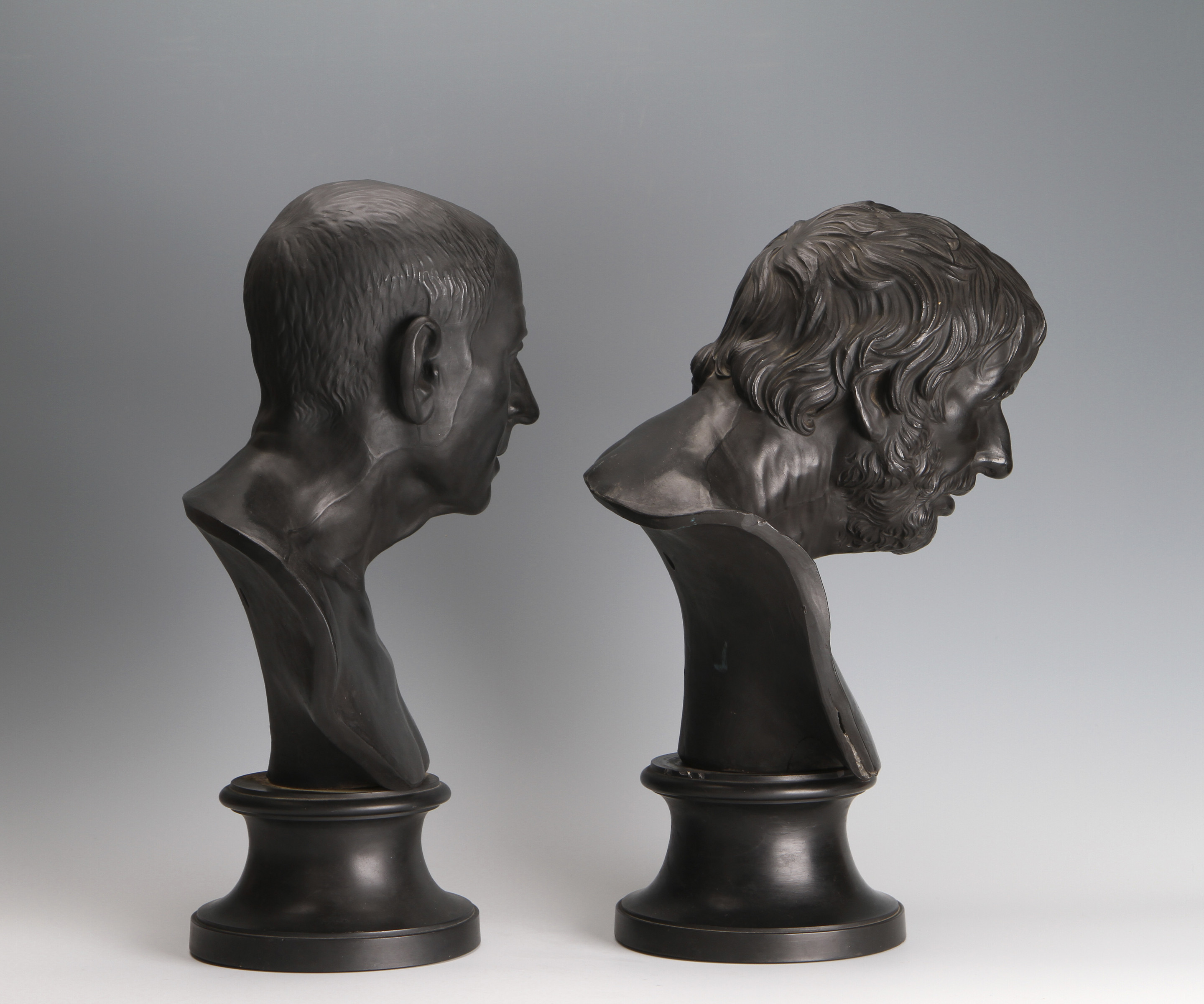 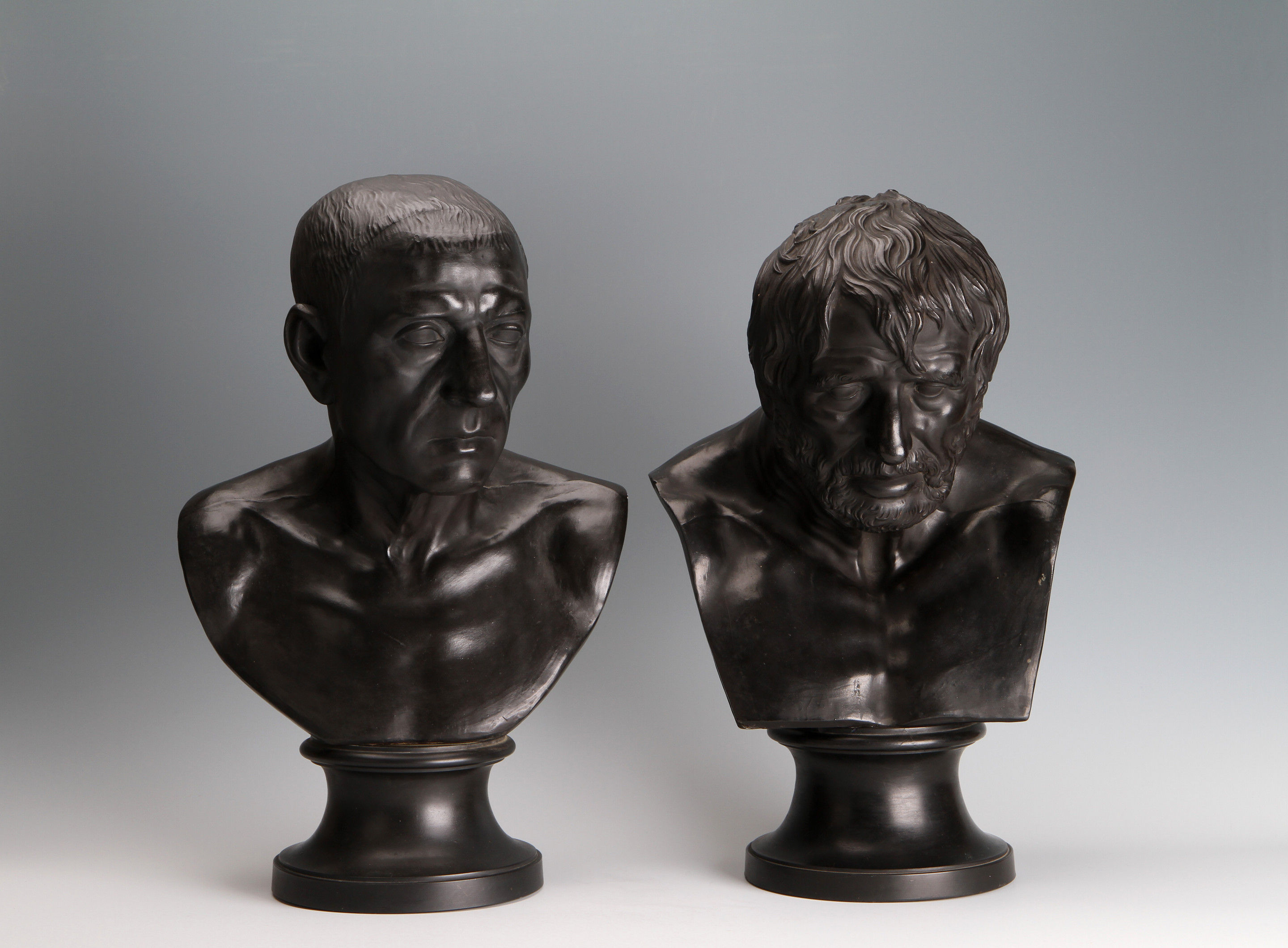 Impressed CICERO and SENECA, both impressed ‘K’ and WEDGWOOD in upper case on the reverse and under the socles.

Josiah Wedgwood ordered plaster models for these busts from Hoskins and Grant in 1774, see Robin Reilly, Wedgwood, 1989, volume II, appendix K, p. 750, a reduced version of the Seneca is illustrated in vol I, p.460, fig.660.

Condition – The socle of Seneca has been broken and restored, there is a metal support for added strength. We have covered both bases underneath with black felt since the photographs were taken. There is large chip on the reverse of the lower edge of the bust of Seneca not visible from the front.