TWO MEISSEN PLATES FROM THE STADHOLDER SERVICE FOR WILLIAM V, PRINCE OF ORANGE AND NASSAU 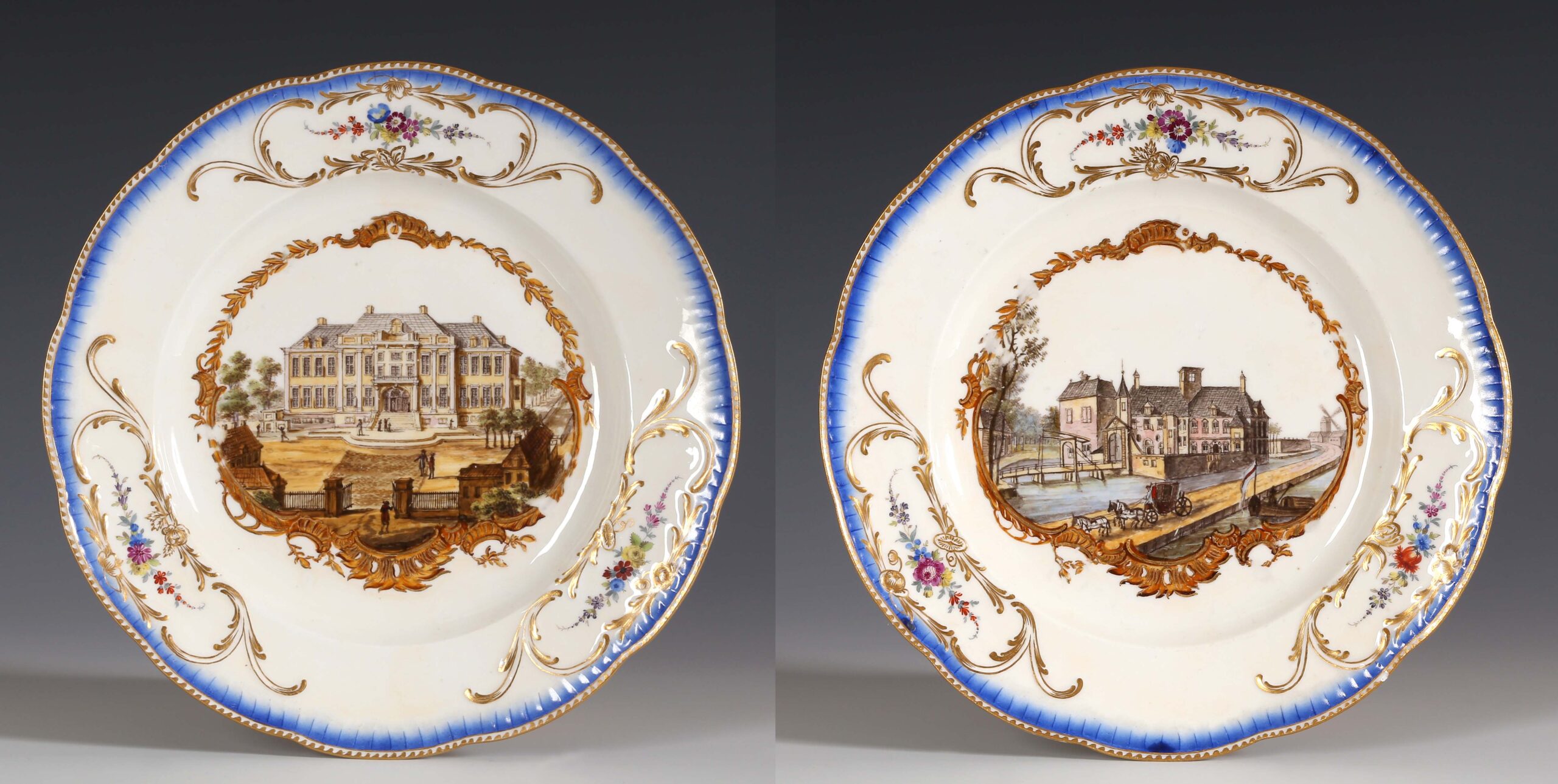 For William V, Prince of Orange and Nassau
Painted with views of Het Huijs Nijenrode and Het Koninch Jagt huijs Soesdyk
Circa 1772-1774
24.3 cm diam.
Both with crossed swords with a ‘dot mark’ in underglaze blue and ‘P.’ within the footrim in grey 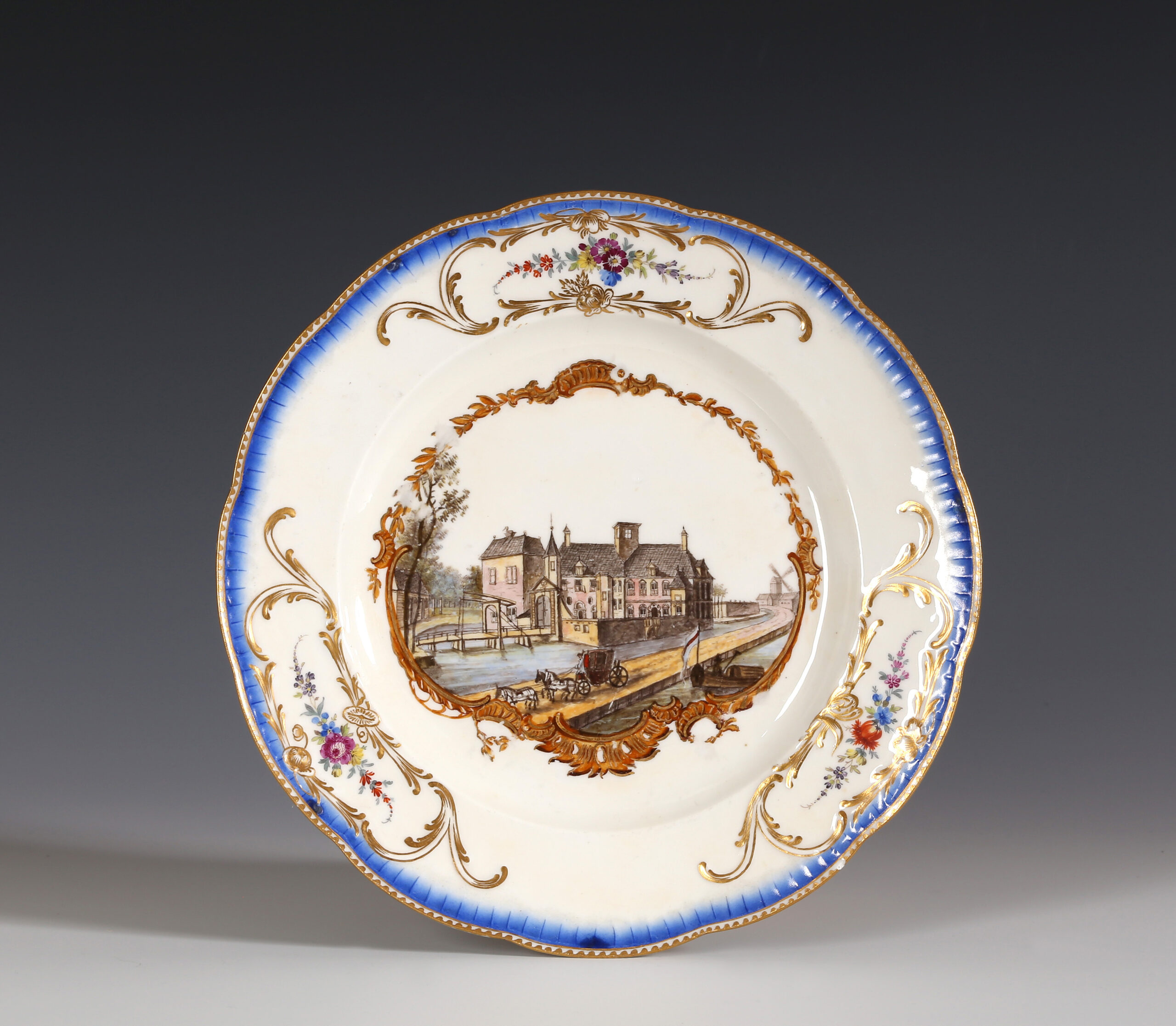 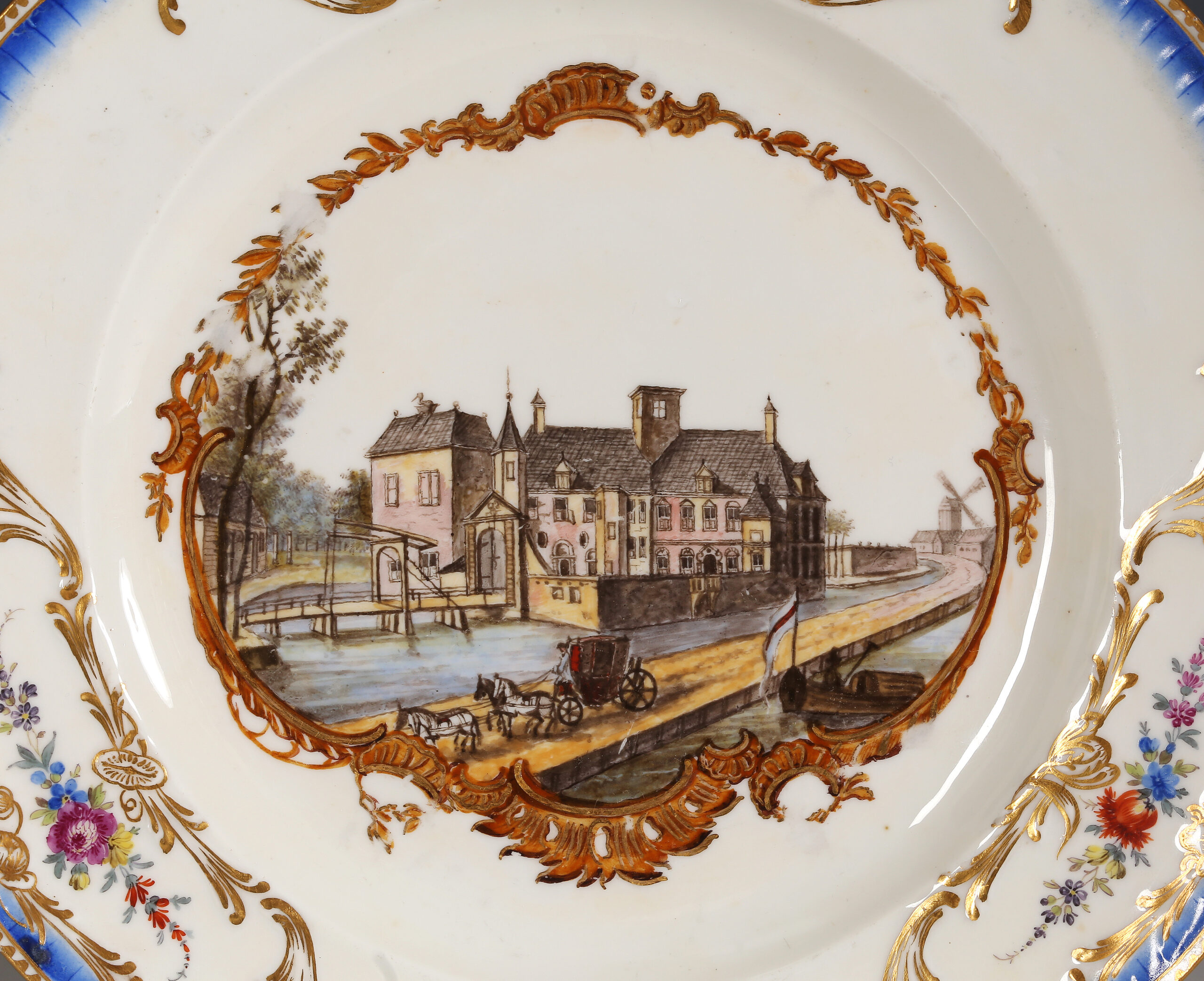 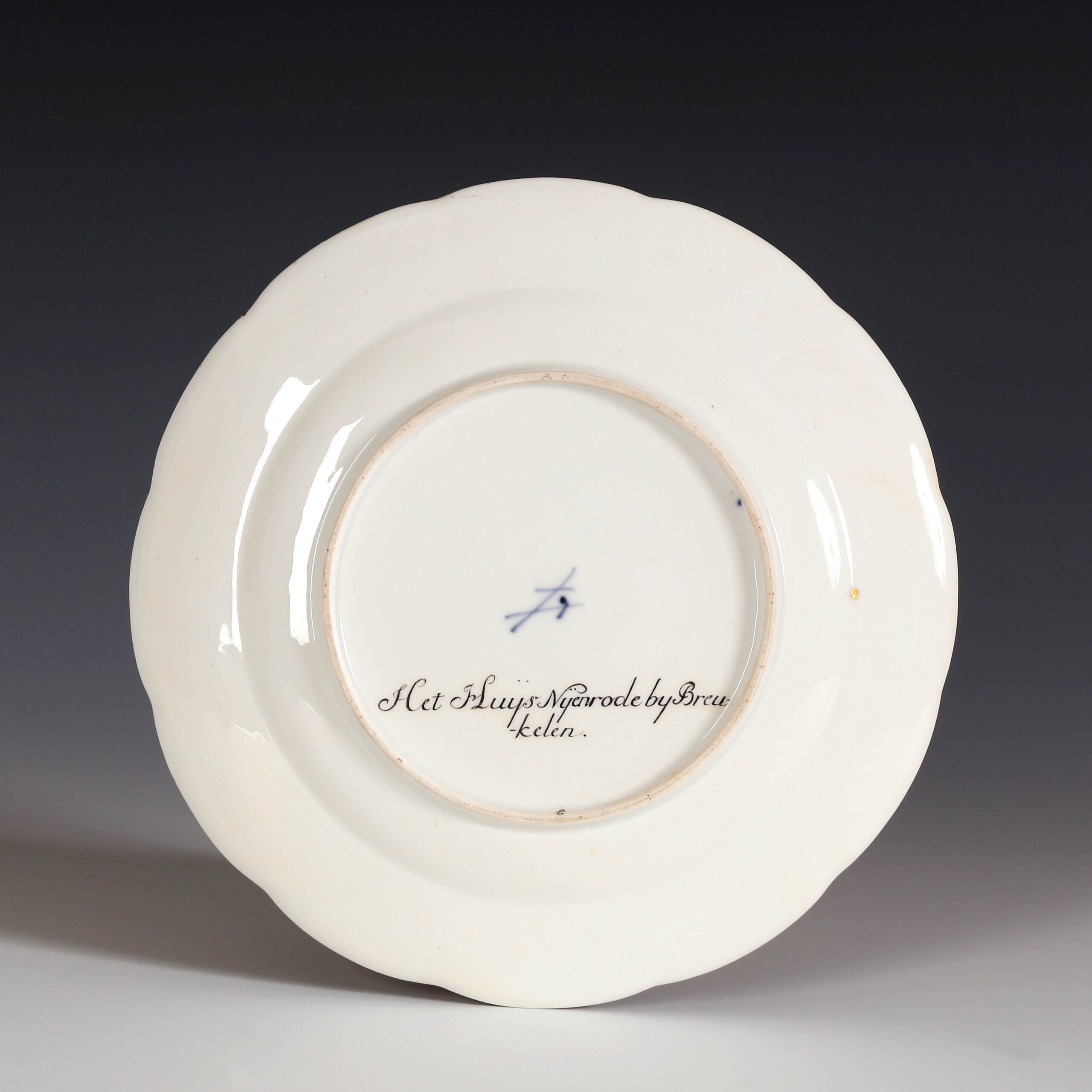 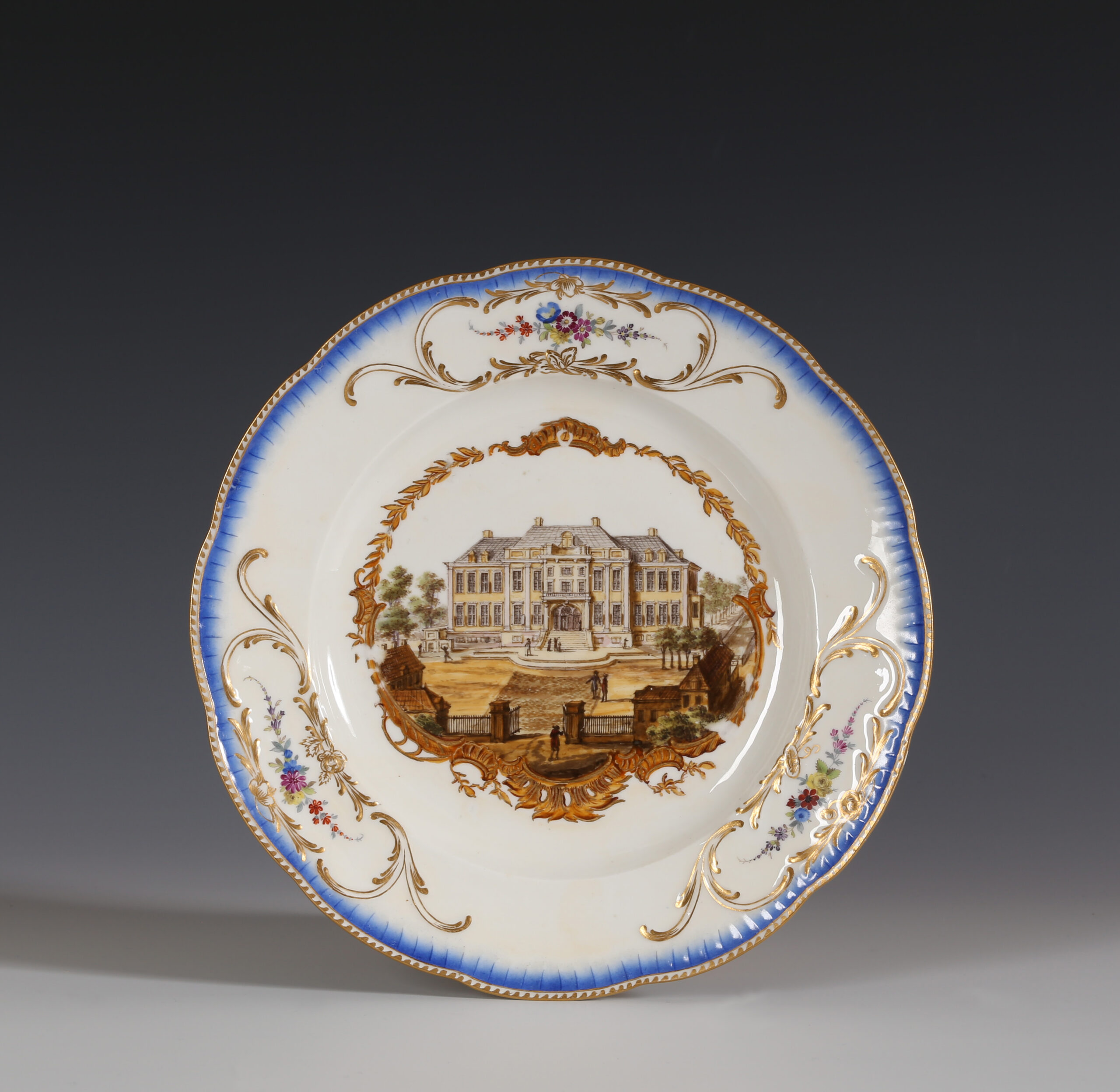 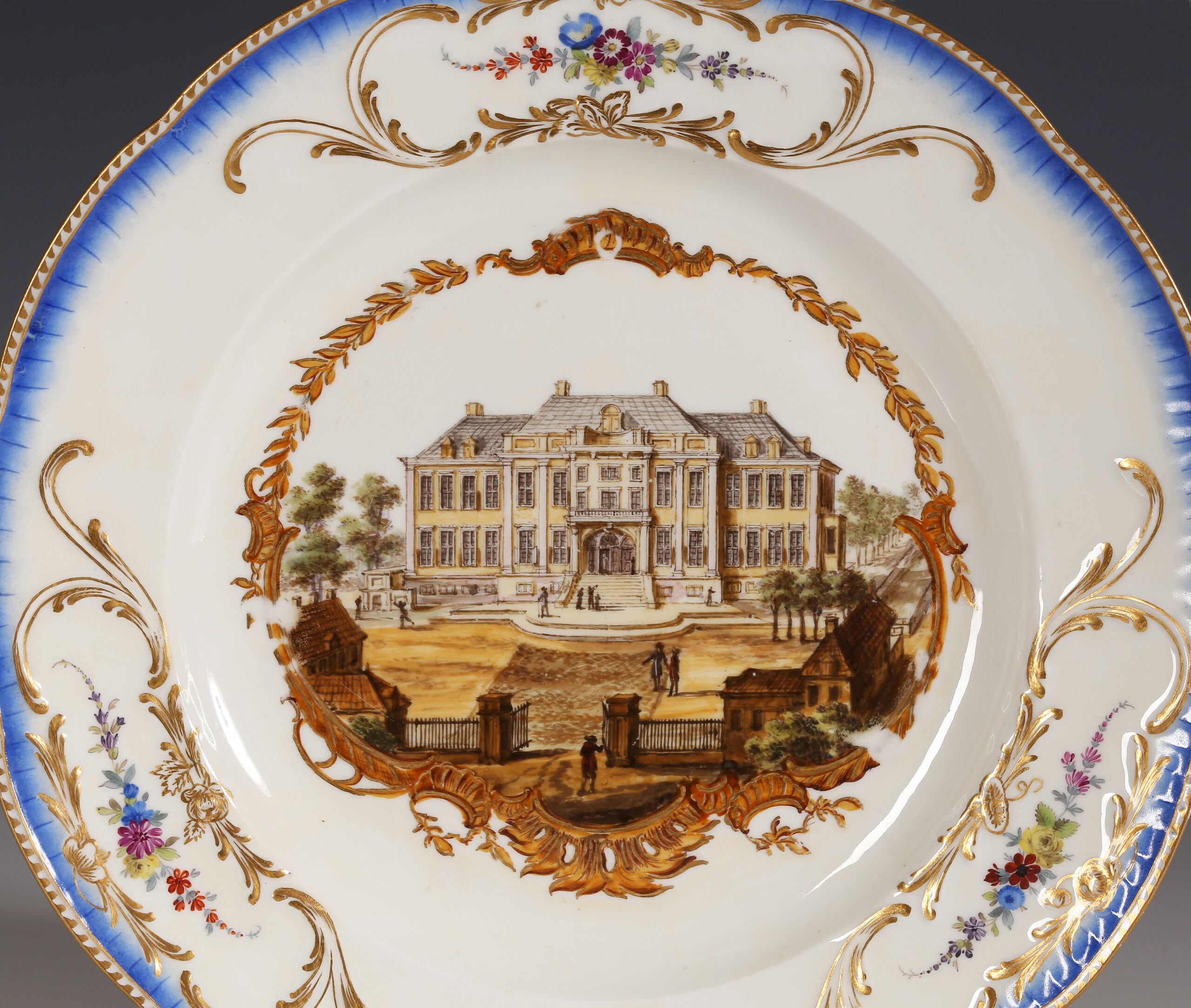 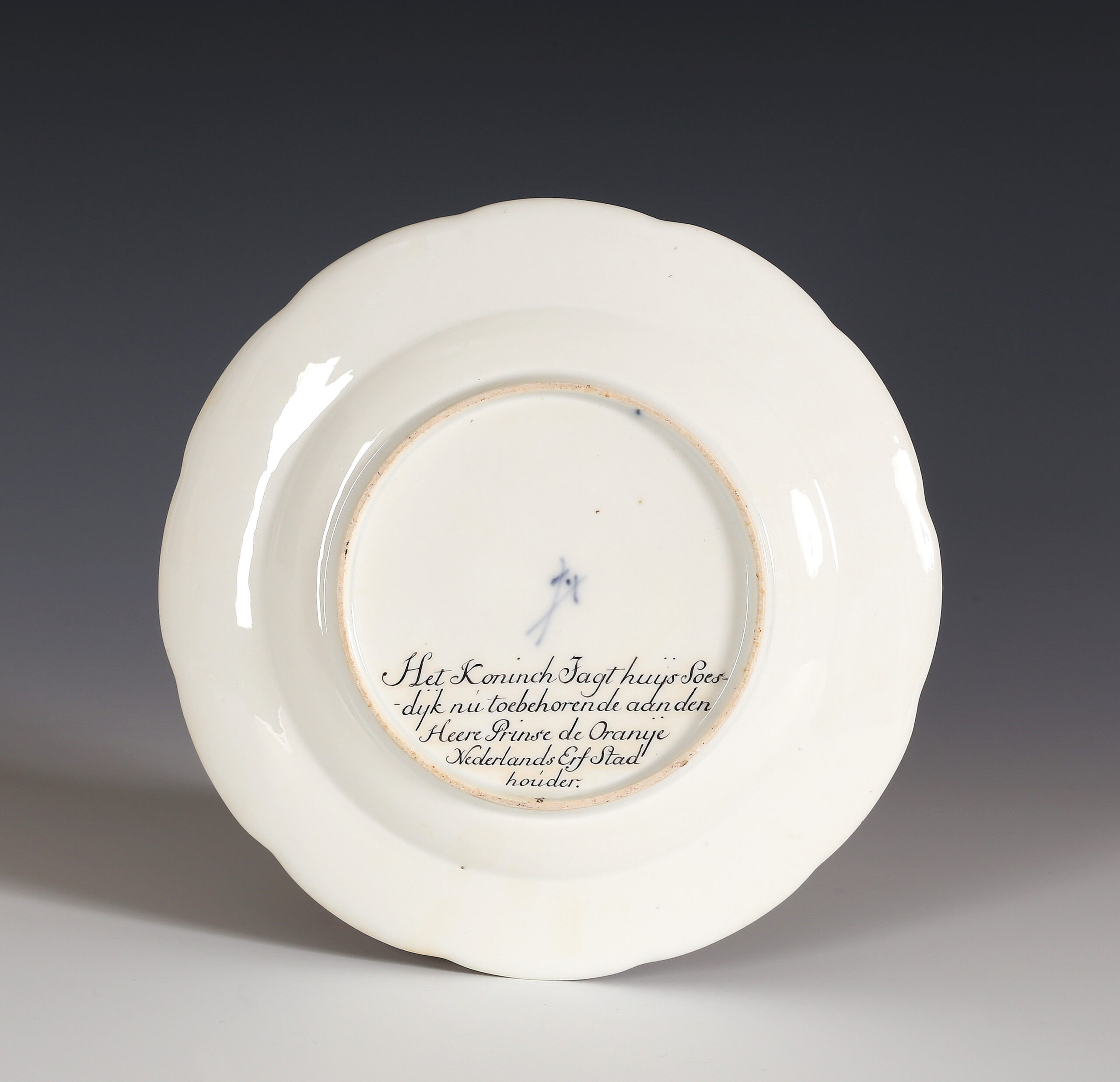 Of neu spanisch form. Each plate carefully inscribed in cursive script on the reverse identifying the view on the front: 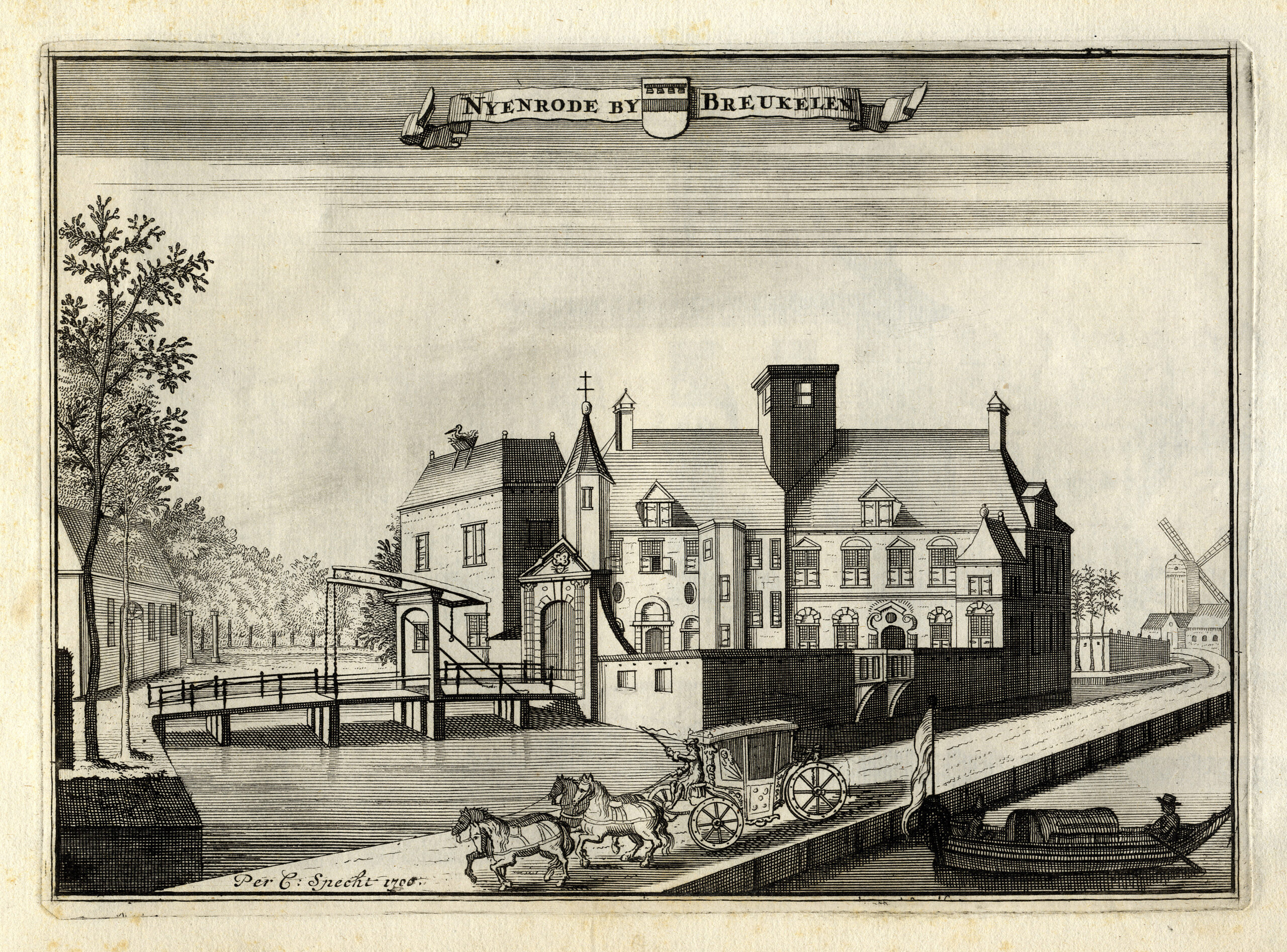 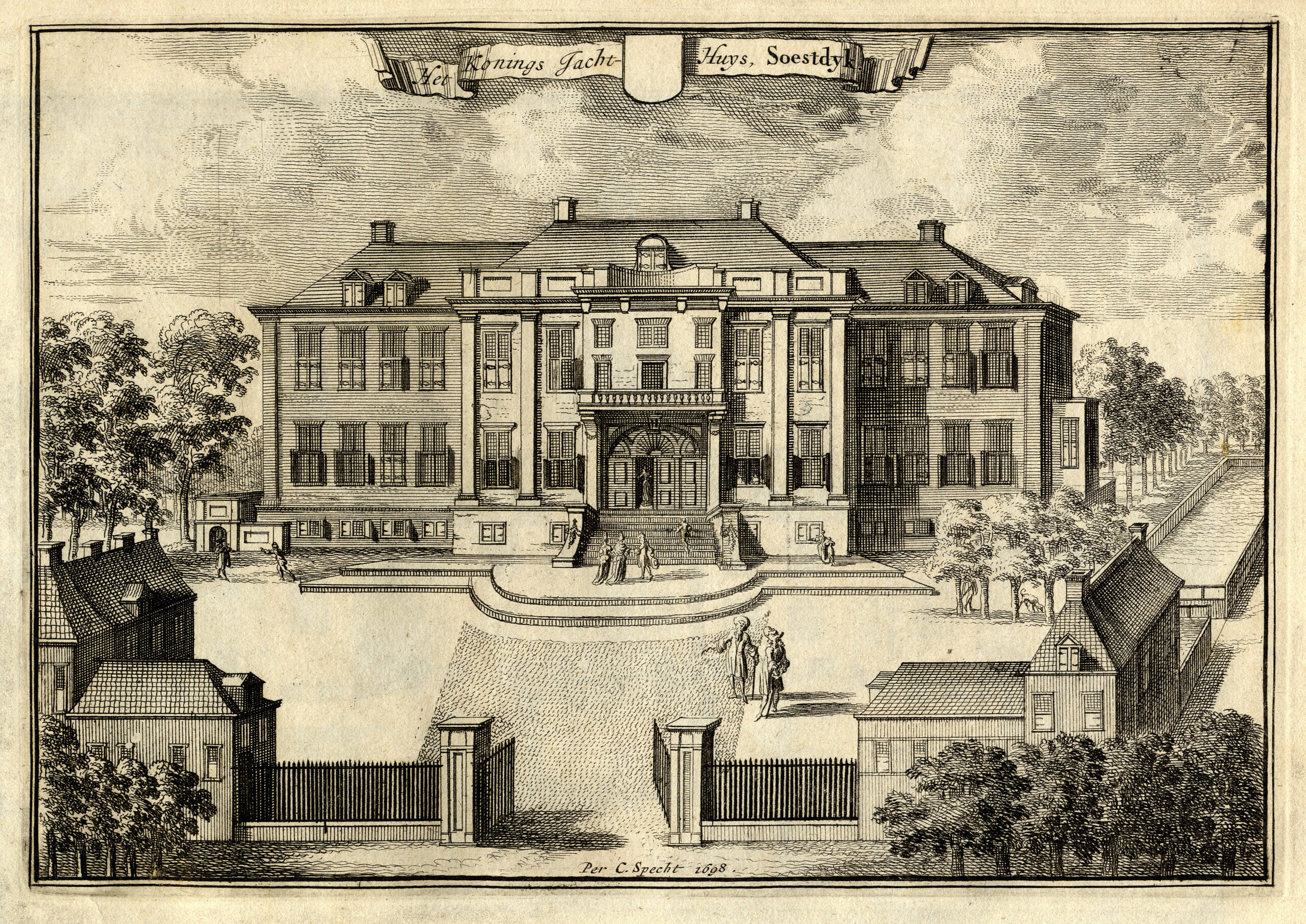 The service, consisting of more than 435 pieces was most probably presented to William V by the Dutch East India Company, of which he had been chief governor from 1766 onwards. It was the most ambitious Meissen service of the latter part of the 18th century and the first to have been decorated with topographical views (Prospekte). It is thought that William himself was involved in their selection as he had a great interest in topographical drawings and prints (den Blauwen p. 25).

William V was the last hereditary Stadholder of the Dutch Republic and took the service with him when he went into exile in England on 18 January 1795. He most probably had to sell the service before leaving England for Germany in 1801. In October 1823 it was auctioned as part of the collection of William Beckford, split across four lots, and listed as ‘A matchless and extensive dinner and desert service of the rare OLD DRESDEN PORCELANE, elaborately enamelled in views of all the principal sea ports and towns of Holland, painted expressly for the PRINCE of ORANGE […]’. All four lots were acquired by F. Hodges for a total of more than 336 pounds. In December 1868 the entire service came up for auction again this time at Christie’s in London and was split into 75 lots.

Kaendler mentions in October 1772 a big lion on top of a tureen from a service for the stadholder of Holland, William V, presented by the Ostindiansche Compagnie or VOC (den Blauwen p. 17). Another letter written in September 1772 by Carl Schonheit refers to the lion (den Blauwen p. 19).

The greater part of the service has been reassembled and is held by the Palace of Het Loo in the Netherlands.

Condition:
Small chip at 5 o’clock to Het Huijs Nijenrode plate, some wear to cartouches. No restoration