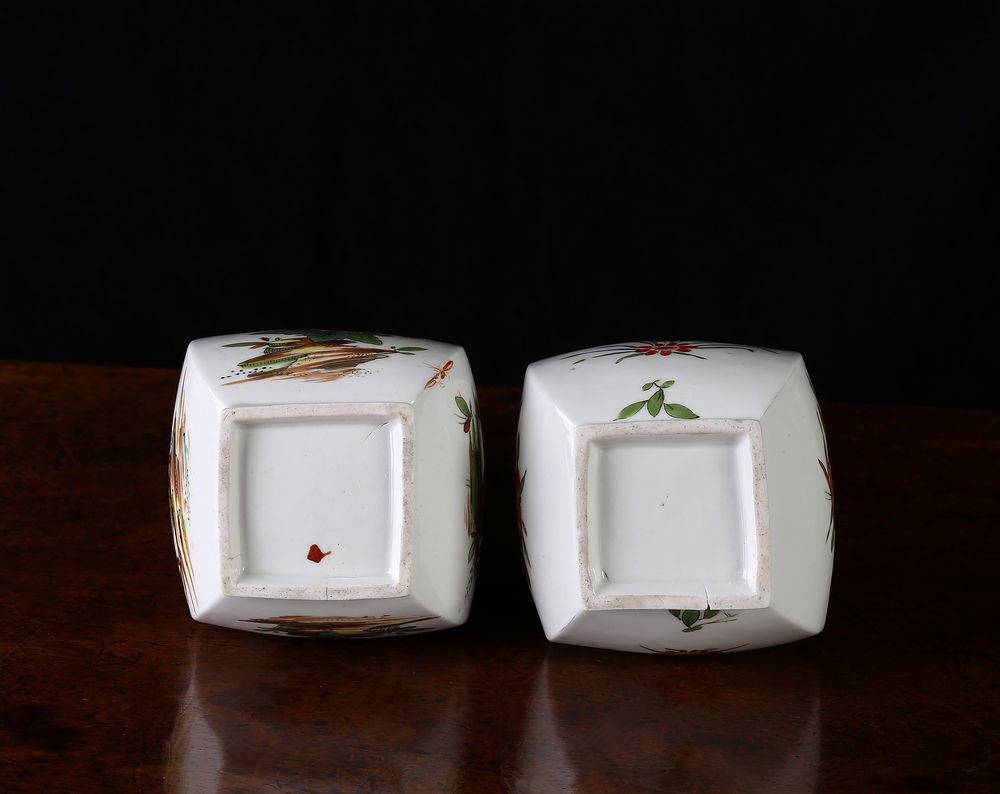 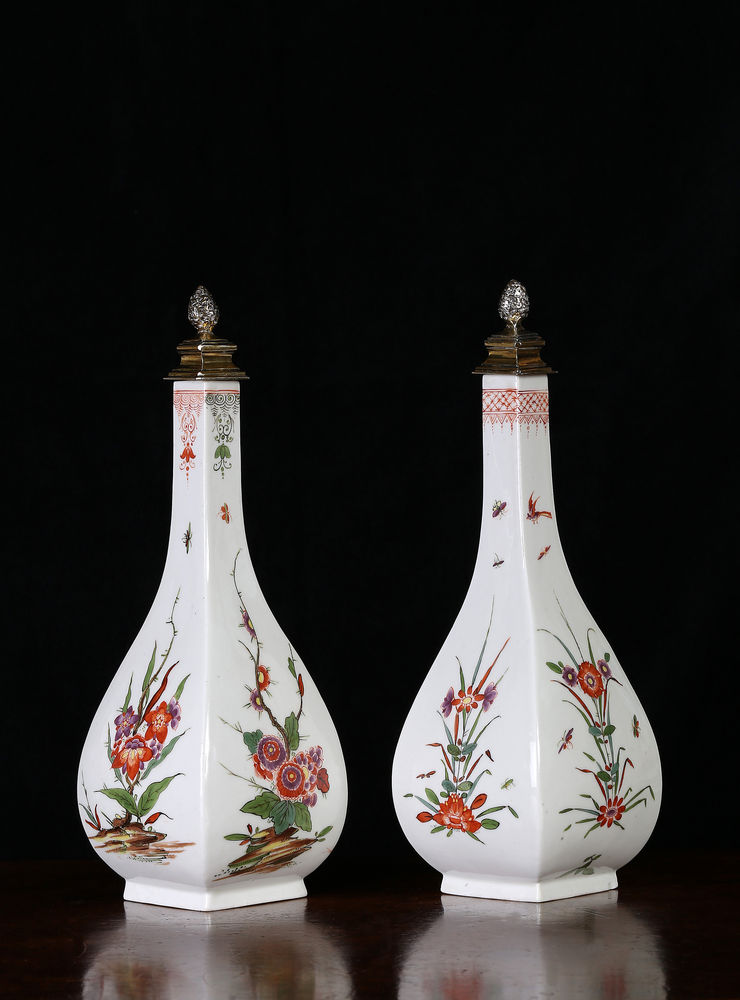 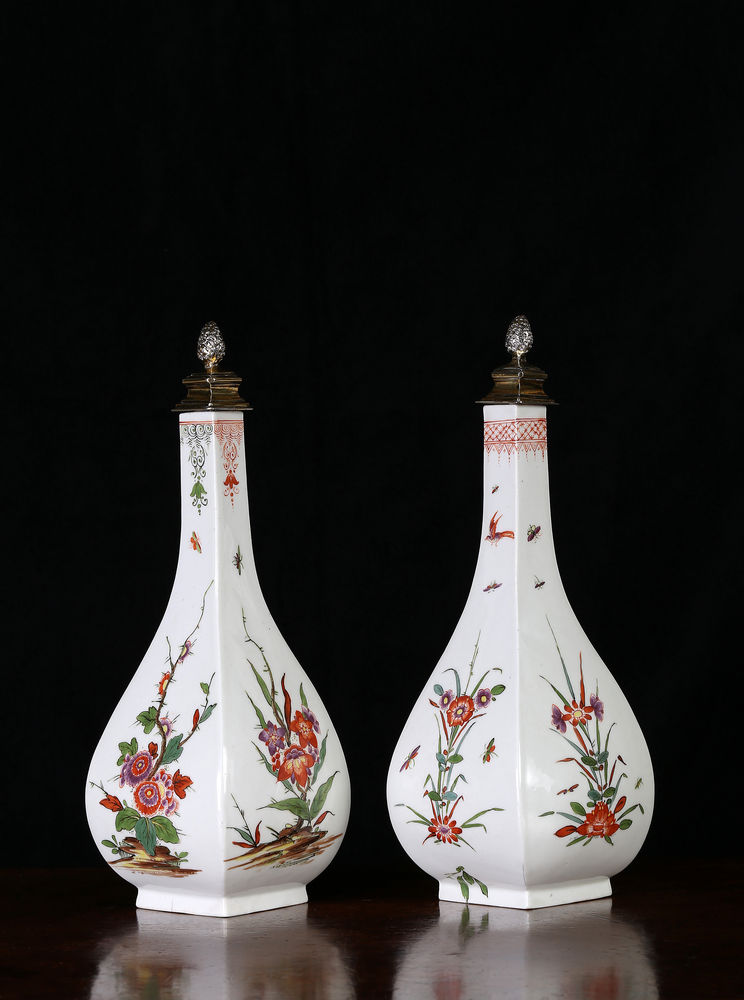 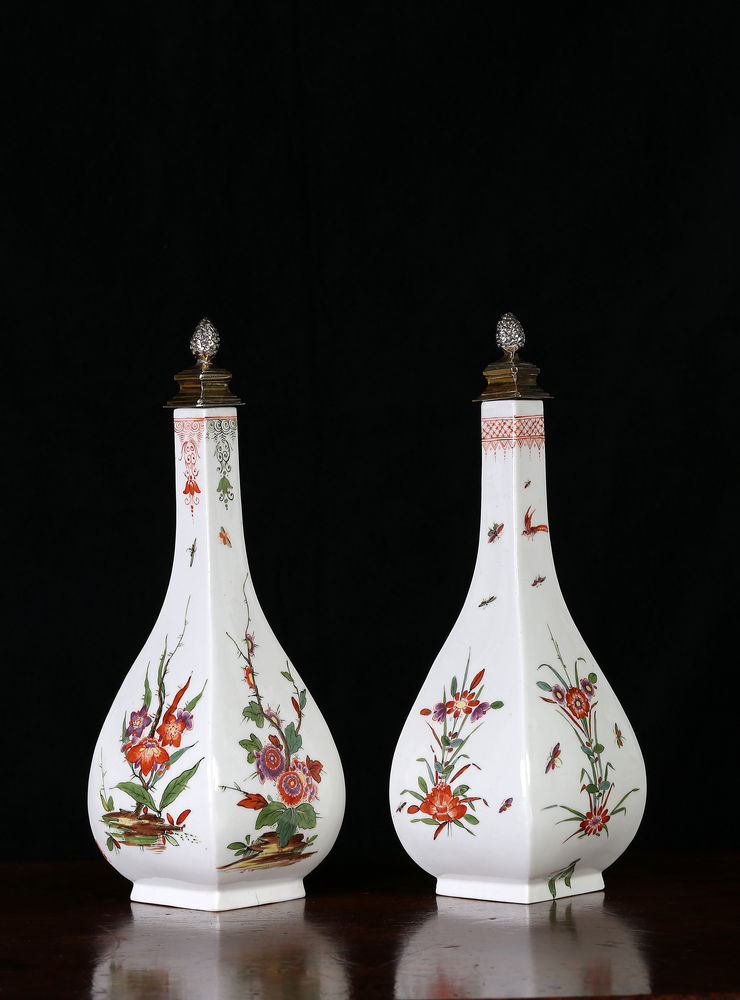 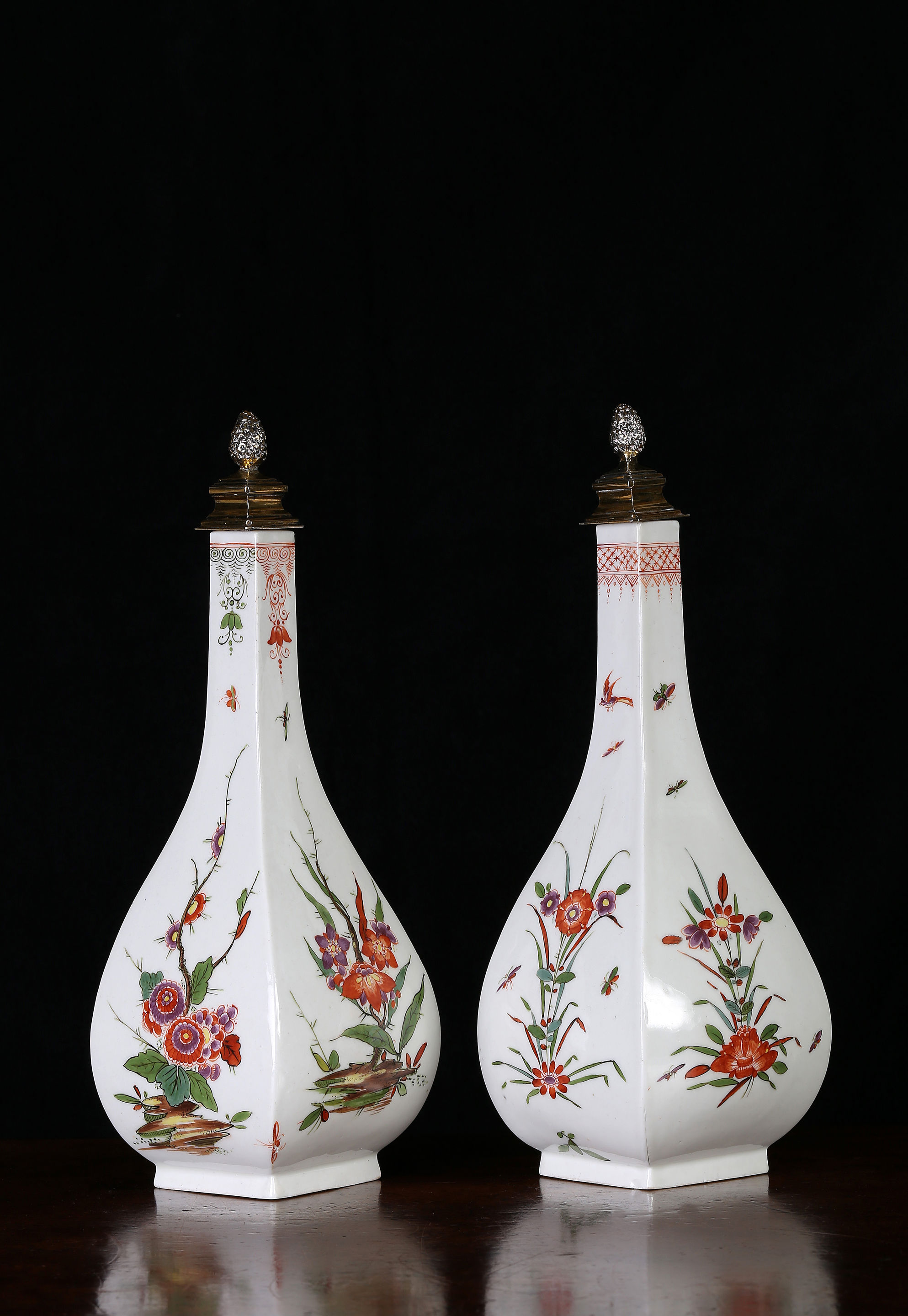 The vases of Japanese sake bottle form of square section.

The vases differ in decoration; on one the floral designs issue from brown and yellow rockwork and the borders around the neck vary. The style of decoration is close to that associated with Johann Ehrenfried Stadler.

Both decorated in green, yellow, iron-red and purple with flowers including hibiscus and a daisy with grasses and leaves on branches with insects in flight above.

The differences suggest a degree of experimentation in the design but incorporate elements that became more standardised in the 1730s.

The silver-gilt stoppers date from around 1730.

Condition – The vase with rockwork with small original firing cracks at foot rim, two corners of foot restored, tiny bit of flaking on orange insect painted on lower edge of one panel.
The other with small original firing crack in foot rim and a slight imperfection in one lower edge of panel, small chip at foot rim and small chip at the neck restored.