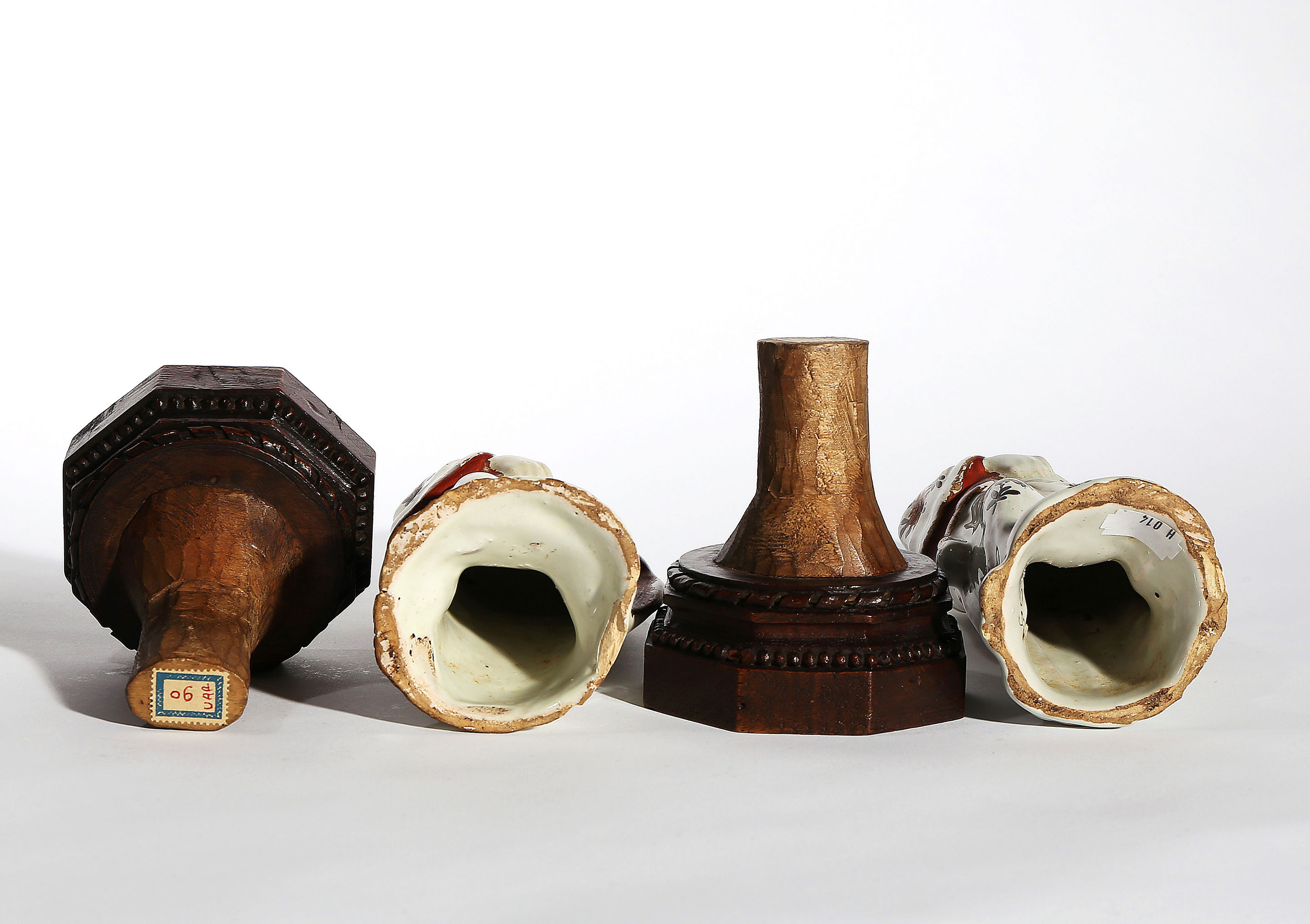 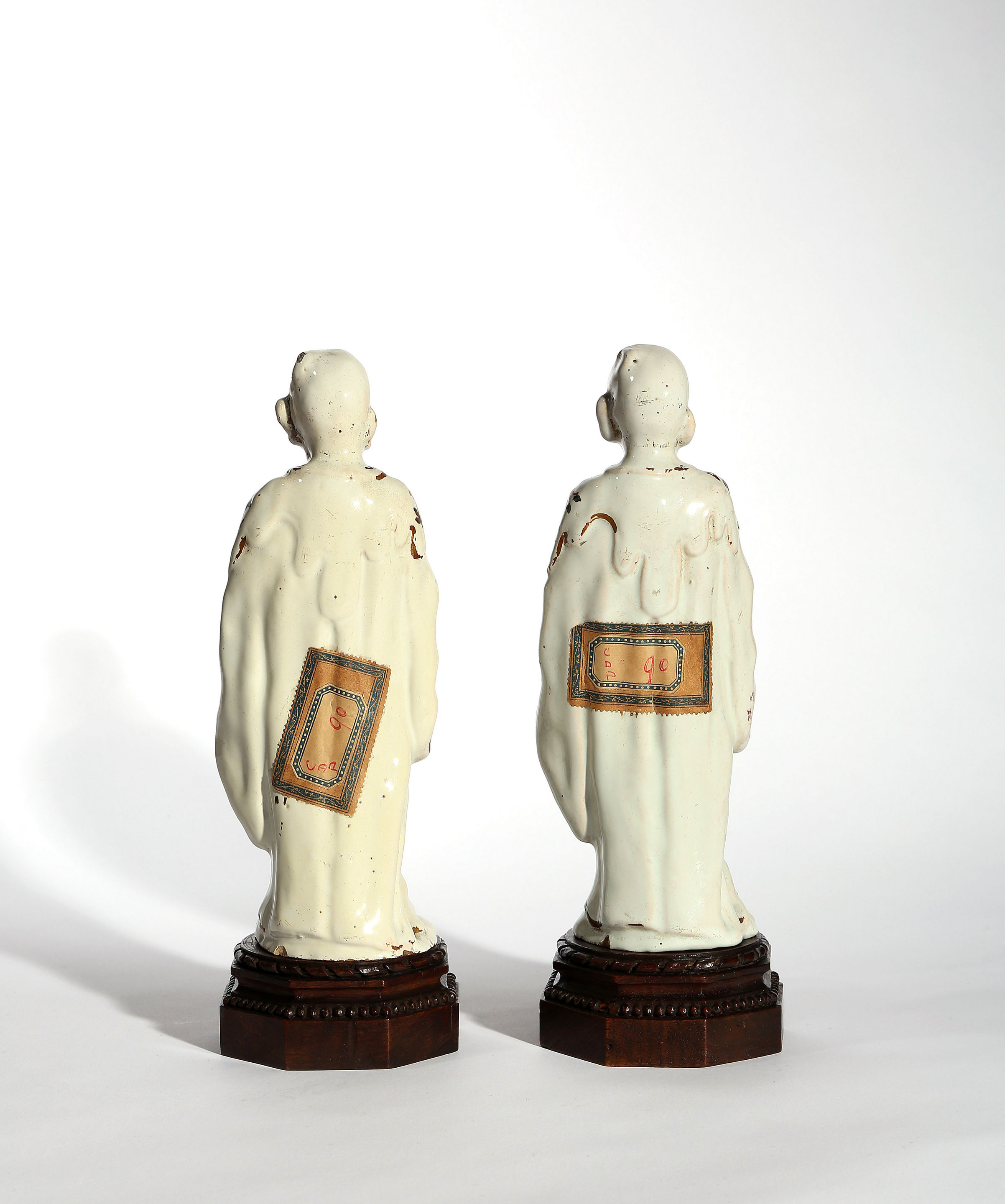 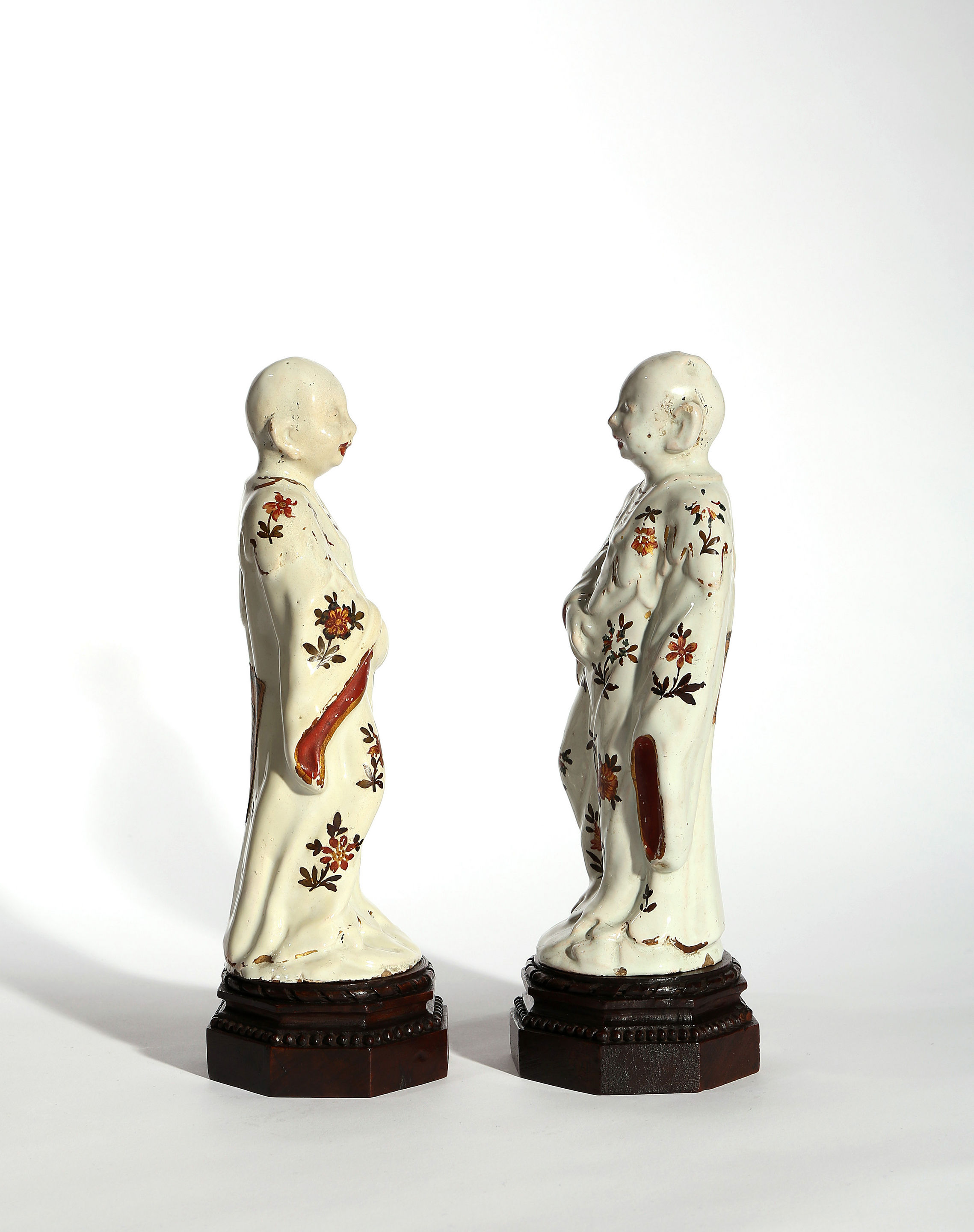 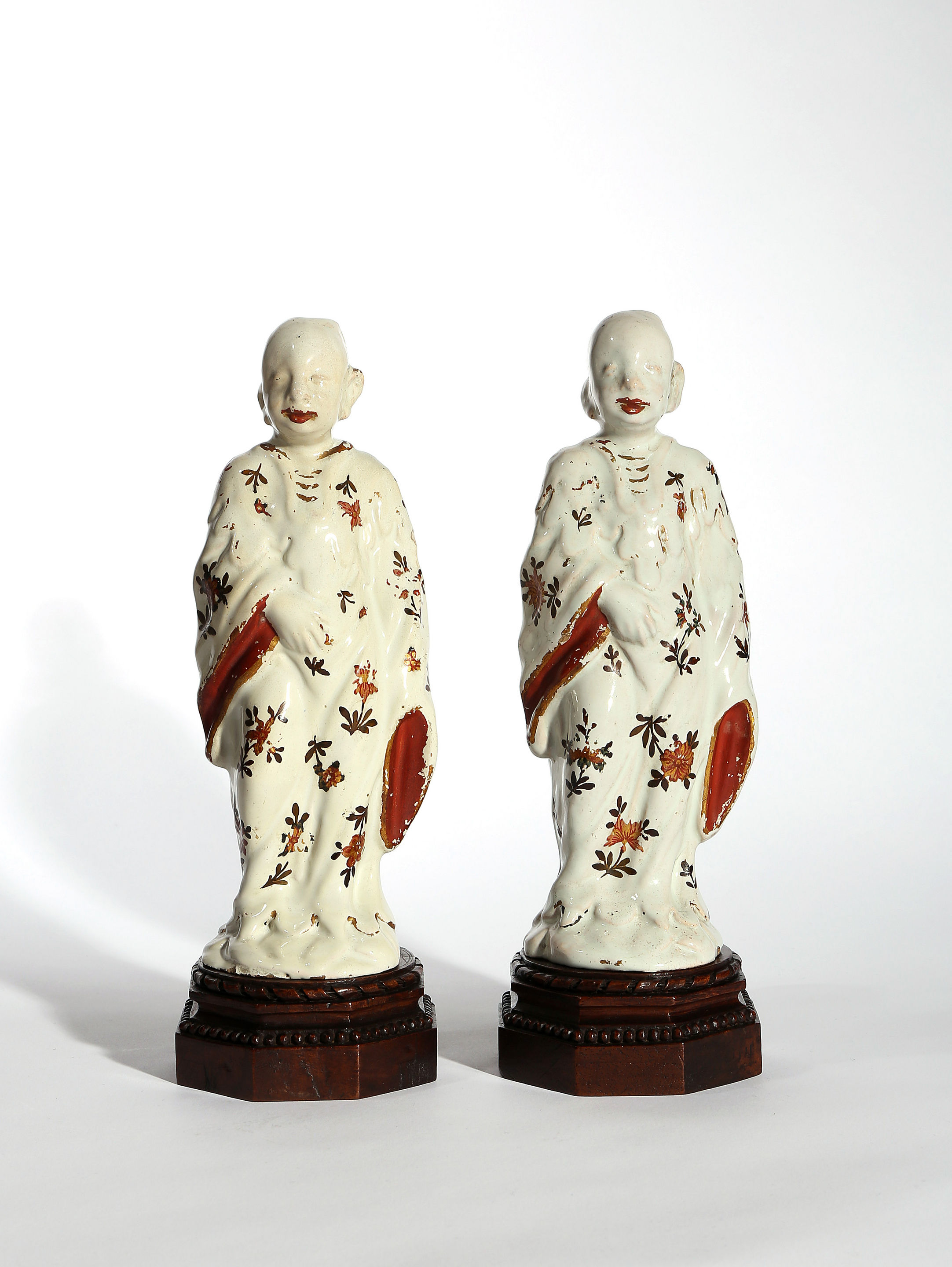 An identical model has been published as Ansbach 1720-25 (Brattig & Hesse), but the grand feu colours in green blue and manganese are close to those found in Milan and Rosetti’s factory in Turin.

A series of figures including examples marked Milan are published in Museuo d’Arti Appplicate, Ceramiche Tomo II, Musei e Gallerie di Milano, nos. 436, 437 & 438, pp.487-491 which confirm this attribution. They are dated here between 1760 and 1788, however Saul Levy in his Maiolica Settecentesche, figs. 72-74, dates them 1745-1788. The baroque spirit would certainly suggest an earlier rather than a later date.

Condition – No restoration. Some losses to the unfired decoration and small chips to the foot.

Provenance – Old Italian Collection, each with paper labels to the reverse with inventory mark CDP 90