A DISH BY GEORGES PULL 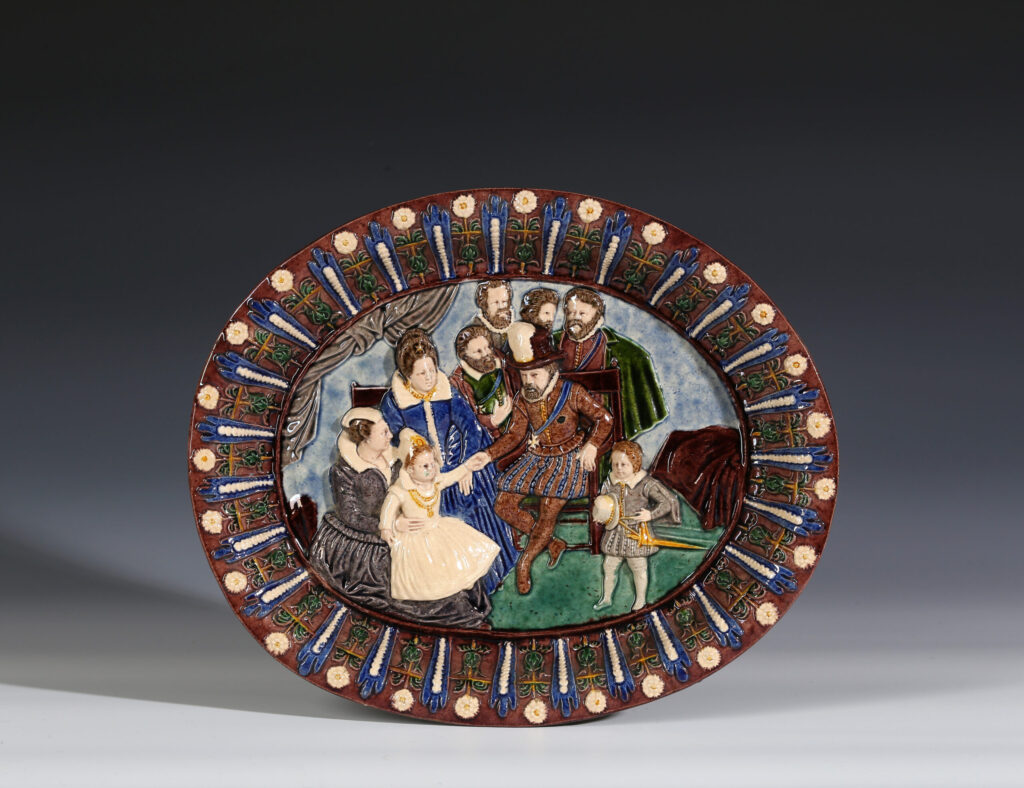 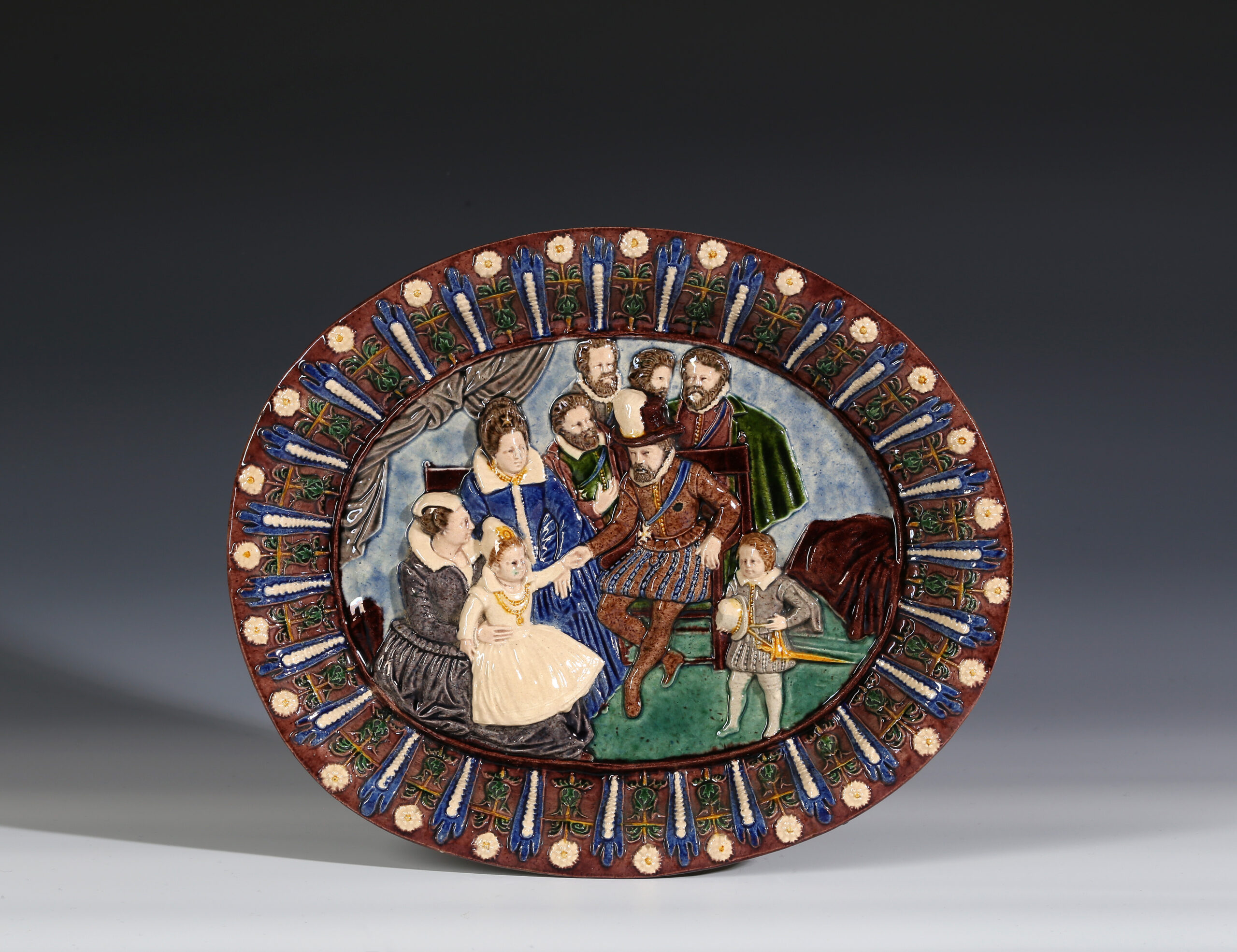 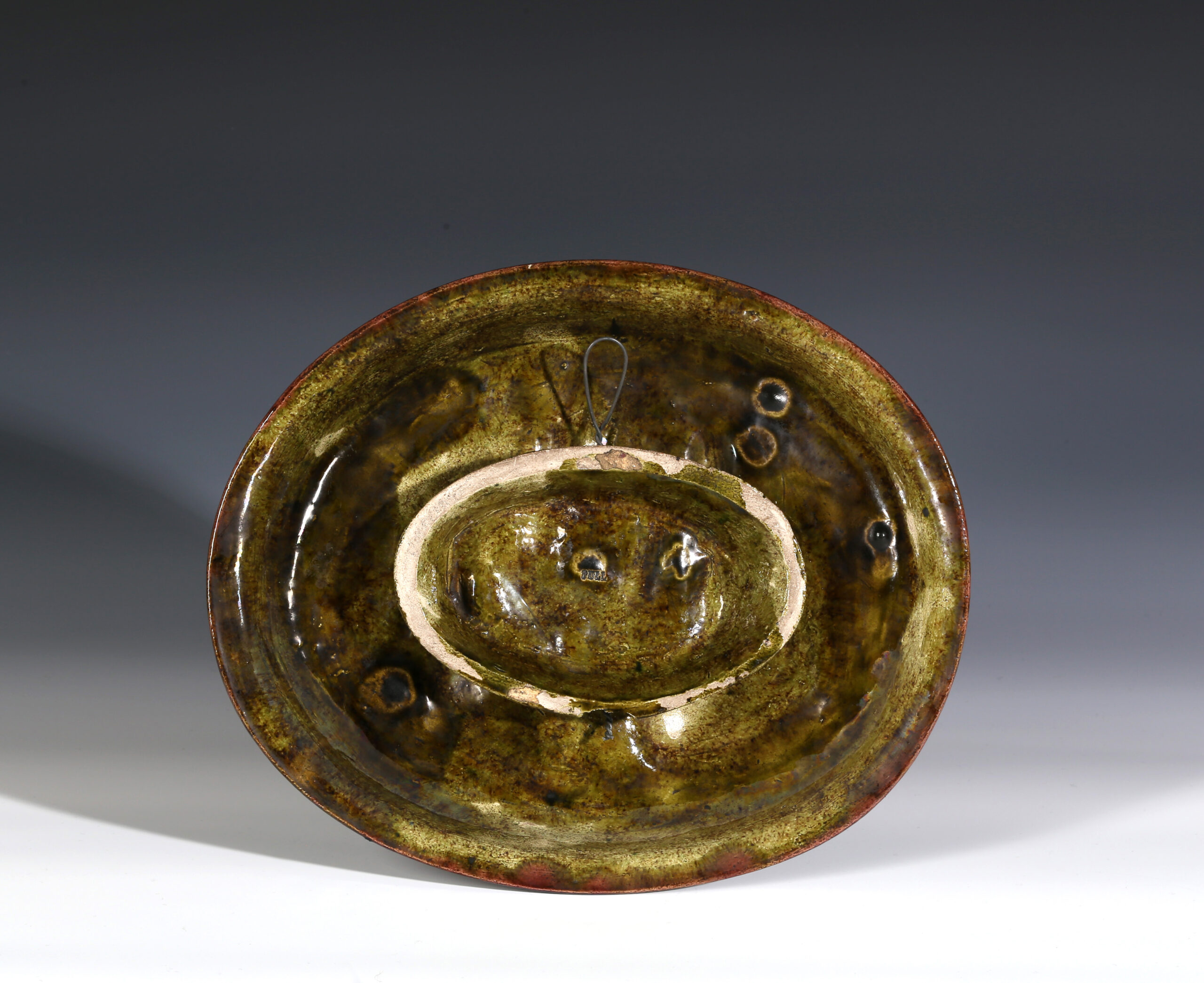 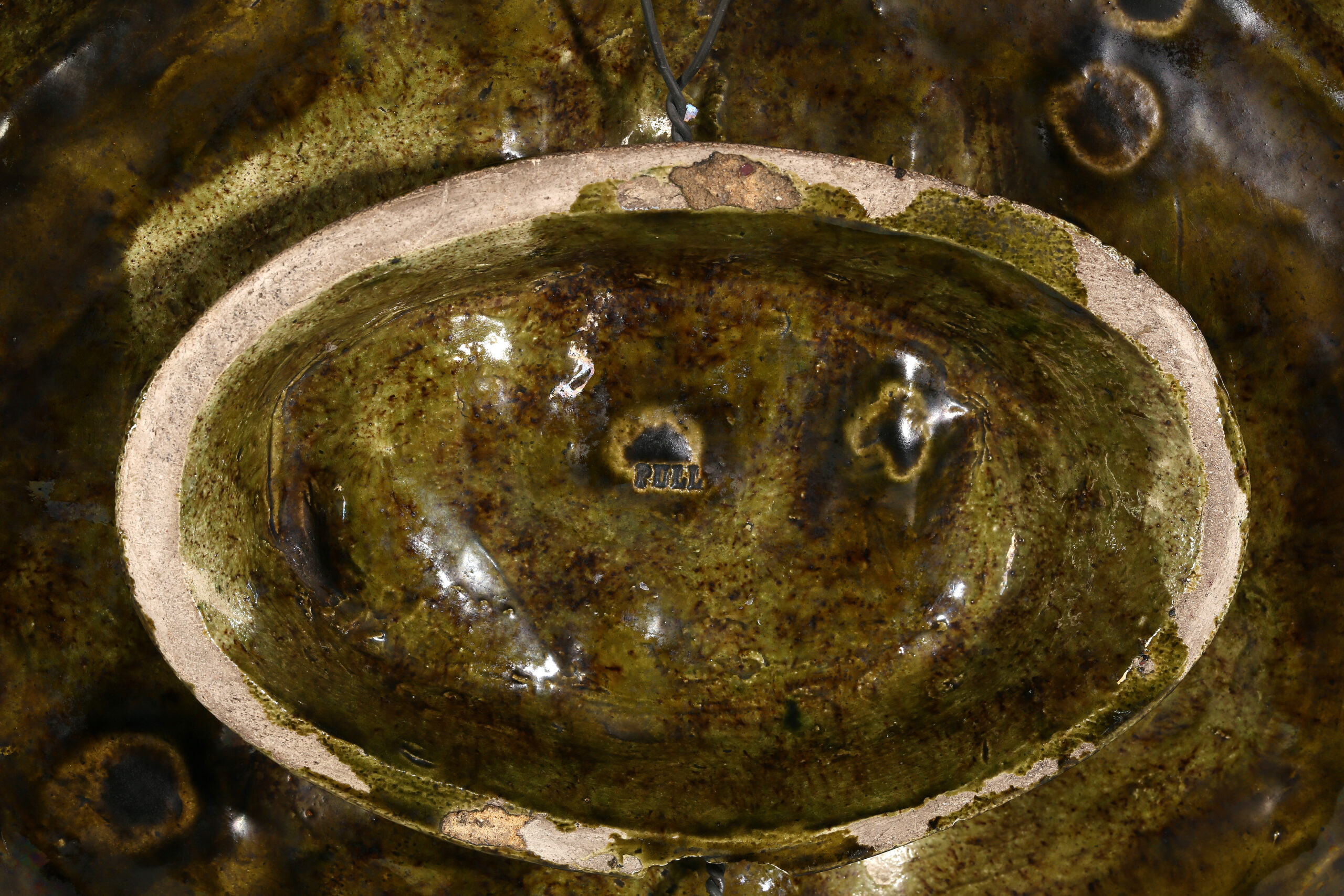 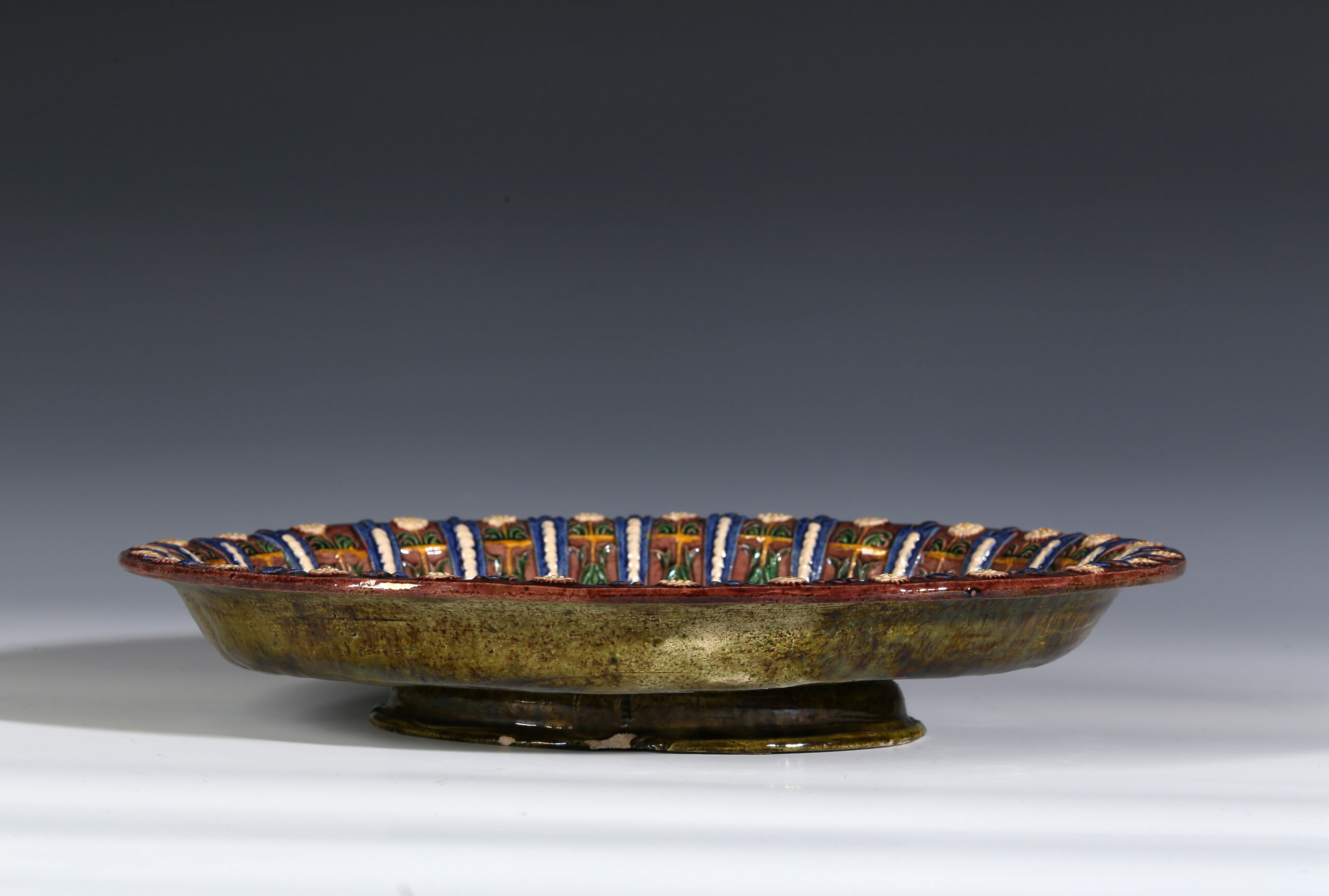 A DISH BY GEORGES PULL

Georges Pull (1810-1889) was a leading member of the school of potters known as the Palissystes who sought to emulate the works of Bernard Palissy who had become a popular hero in France.

Georges Pull made a copy of the Henri IV dish which he exhibited in the Palais de l’industrie exhibition of 1856. It was described as ‘d’après l’exemplaire du musée du Louvre’, which was the example donated to the Louvre by Alexandre Charles Sauvageot (1781-1860). In fact, the Sauvageot dish was not by Palissy himself, who died in 1589, but by a follower as the design is after the engraving of 1602, Portrait of Henri IV and his Family by Léonard Gaultier, (said to be after a painting by François Quesnel), published by Jean Leclerc IV, Paris. 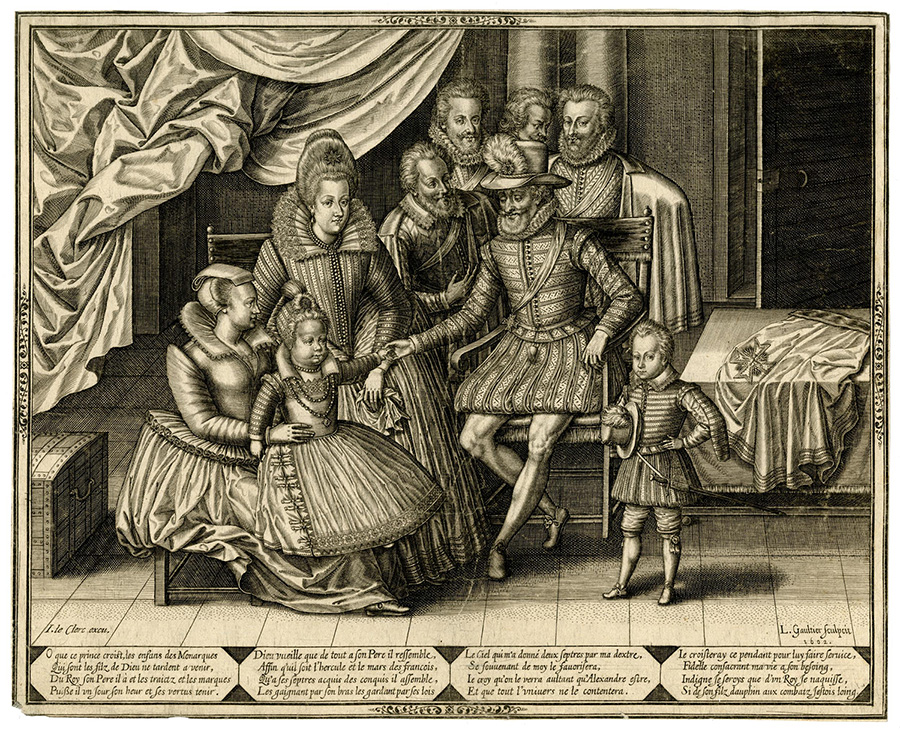 Blakey and King note that the present whereabouts of the Pull example is unknown but suggest that it might have been the dish sold in the auction of Pull’s works in 1903 which was listed as being 32 cm, (the same as our example) and roughly a centimetre smaller than the original in the Louvre. The Louvre/ Sauvageot example is 33.2 cm by 27.3 cm by 5 cm deep. 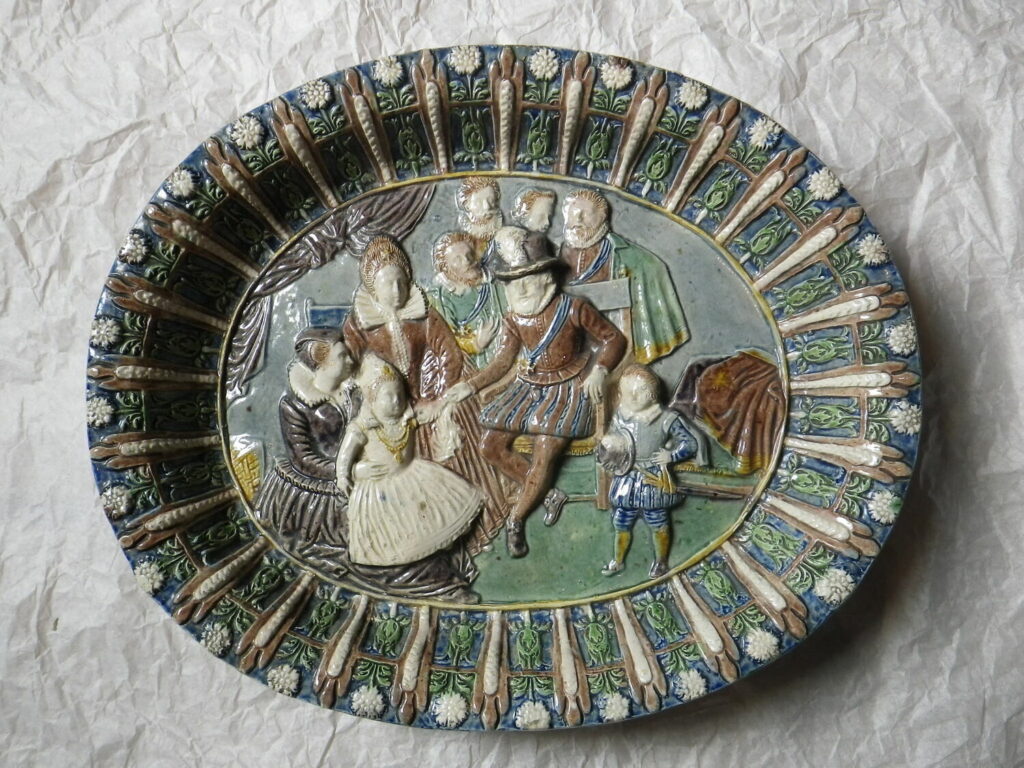 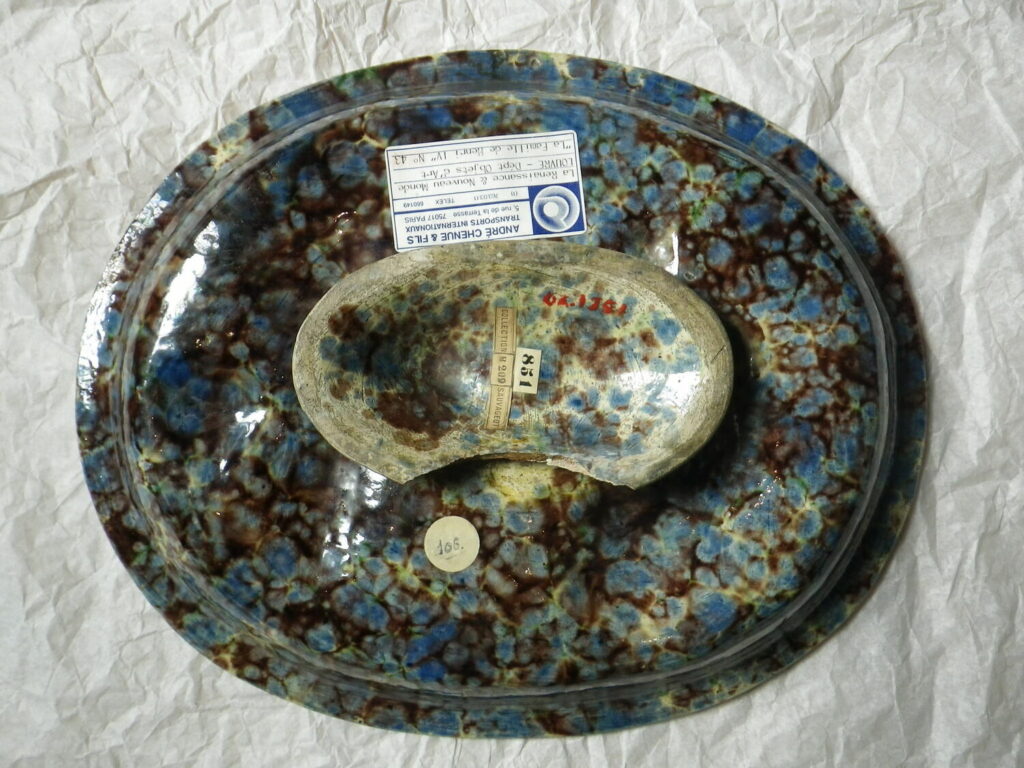 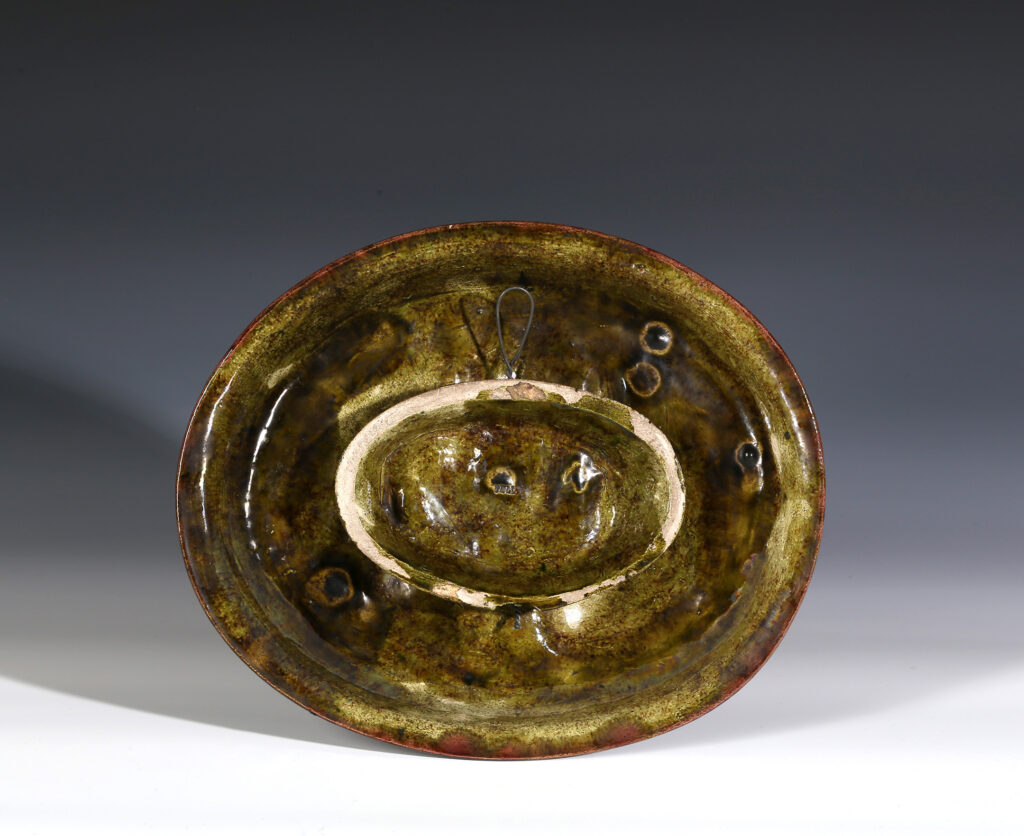 Our Georges Pull dish is a remarkably faithful copy of the Louvre original with some diminution of detail in areas such as fringes of cloaks, chairs and shoe buckles. The palette is broadly similar although the queen’s dress on our dish is blue and there is less use of yellow. The blue and the brown of the Pull dish is more strident and the green deeper. The cobalt blue and manganese on the border have been swapped. The reverse is very different, being a deep olive green whilst the original is mottled in blue, manganese and yellow.

References:
Claire Blakey and Rachel King, Prints and Post-Palissian Ceramics, in ‘Pots, Prints and Politics: Ceramics with an Agenda, from the 14th to the 20th Century’, British Museum Research Publications 229, ed. Patricia Ferguson (2021), pp. 57 and 63