A Large Glazed Pottery Figure of Fate, By Michael Powolny 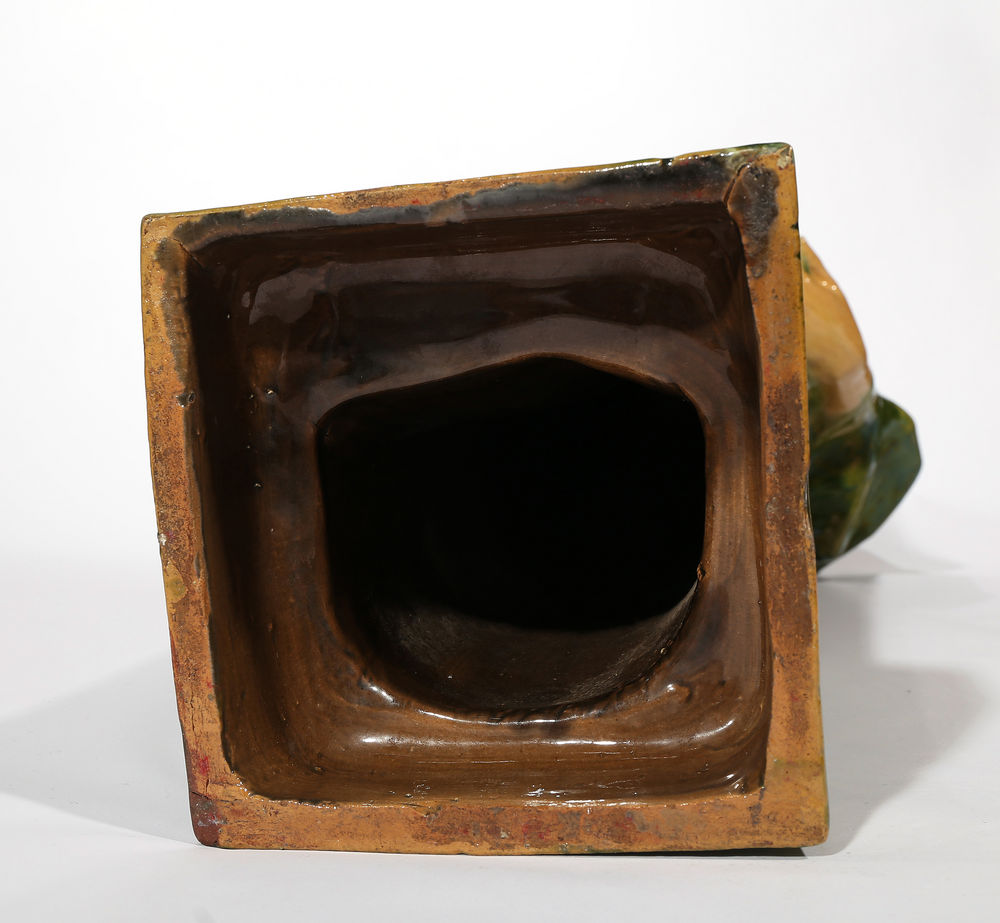 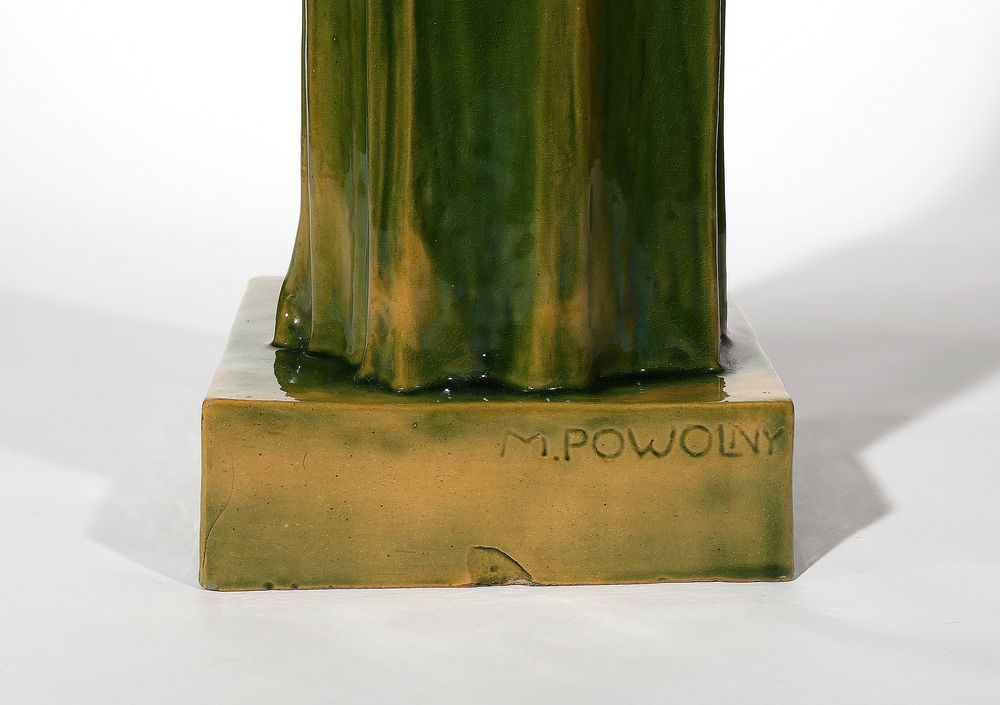 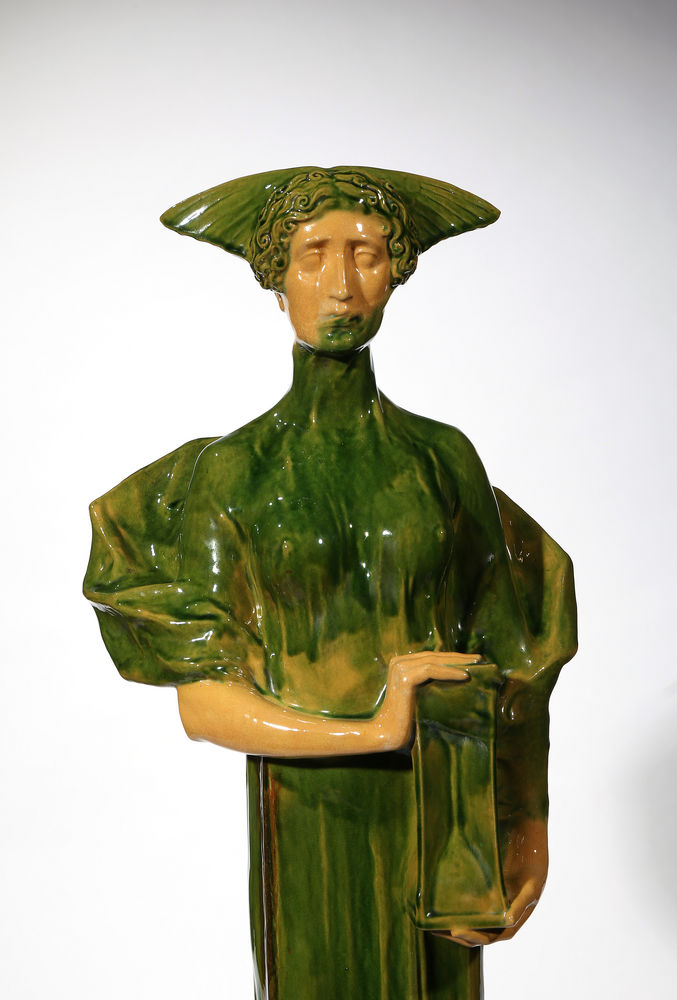 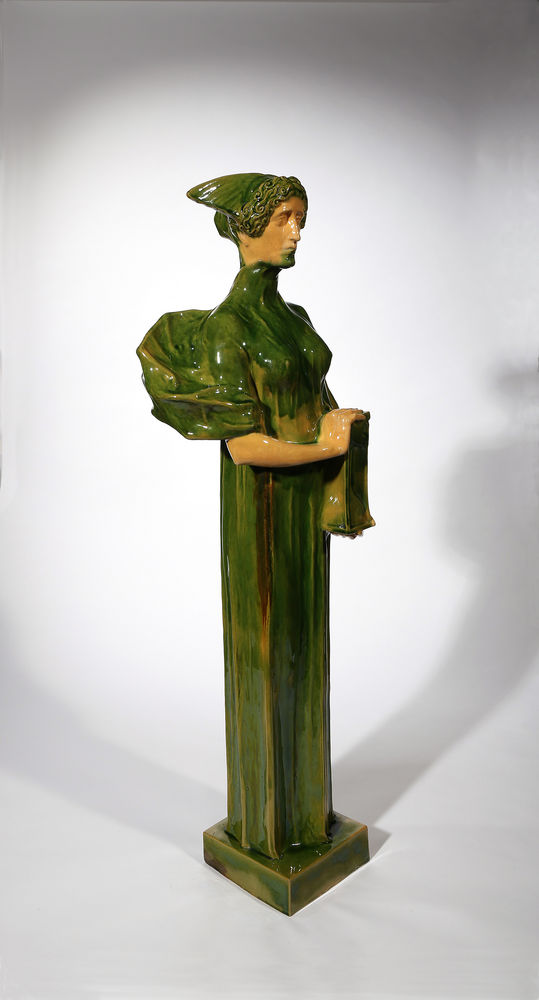 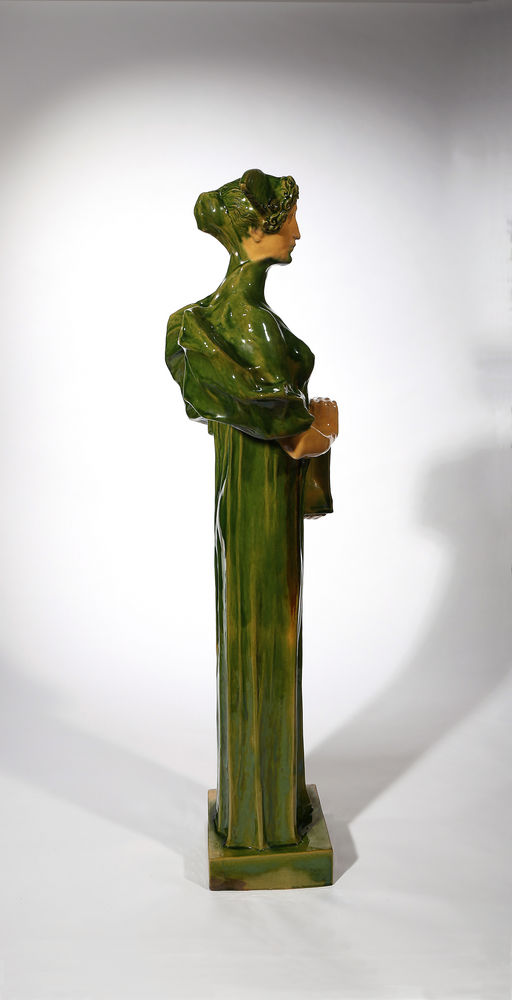 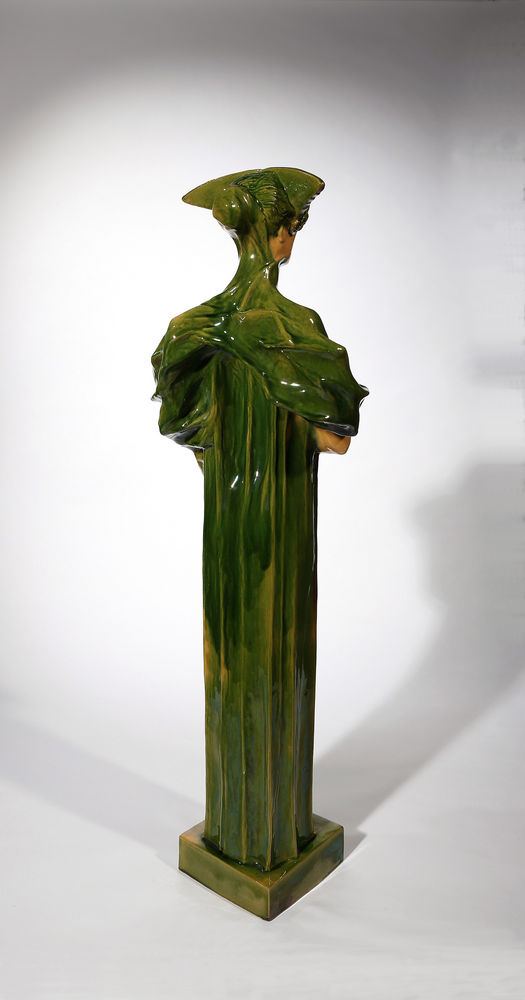 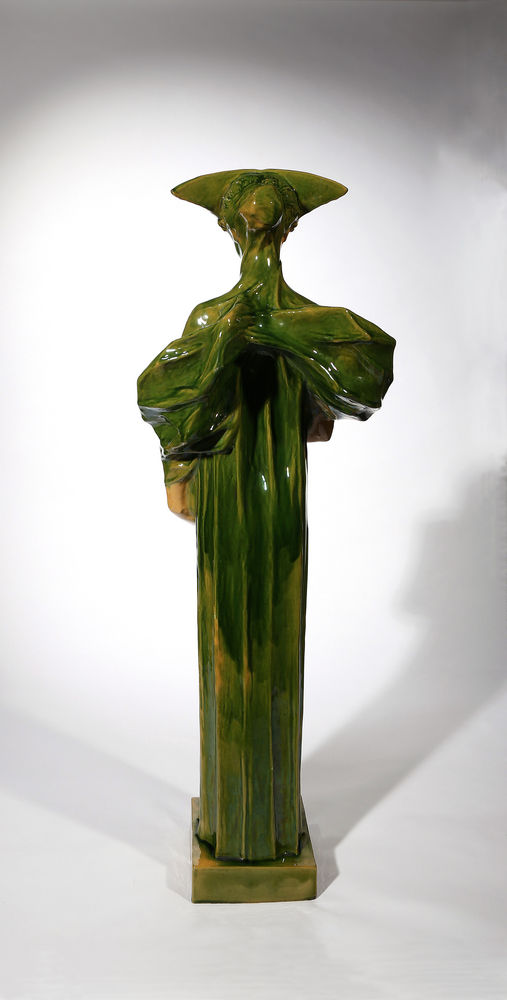 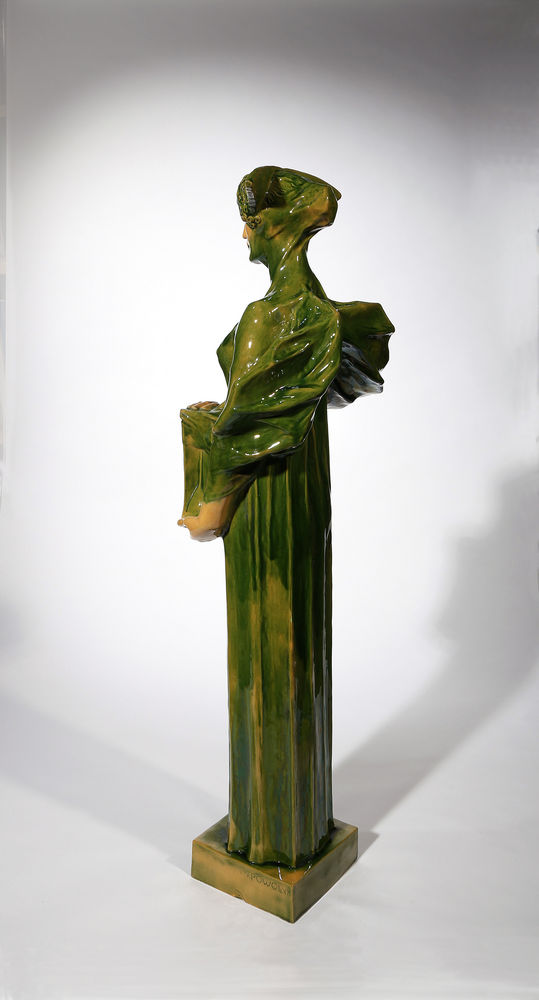 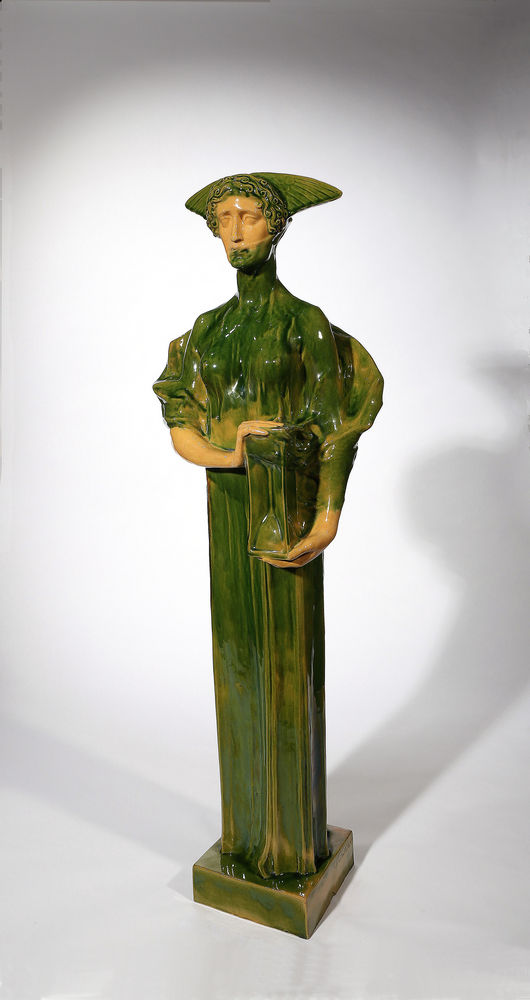 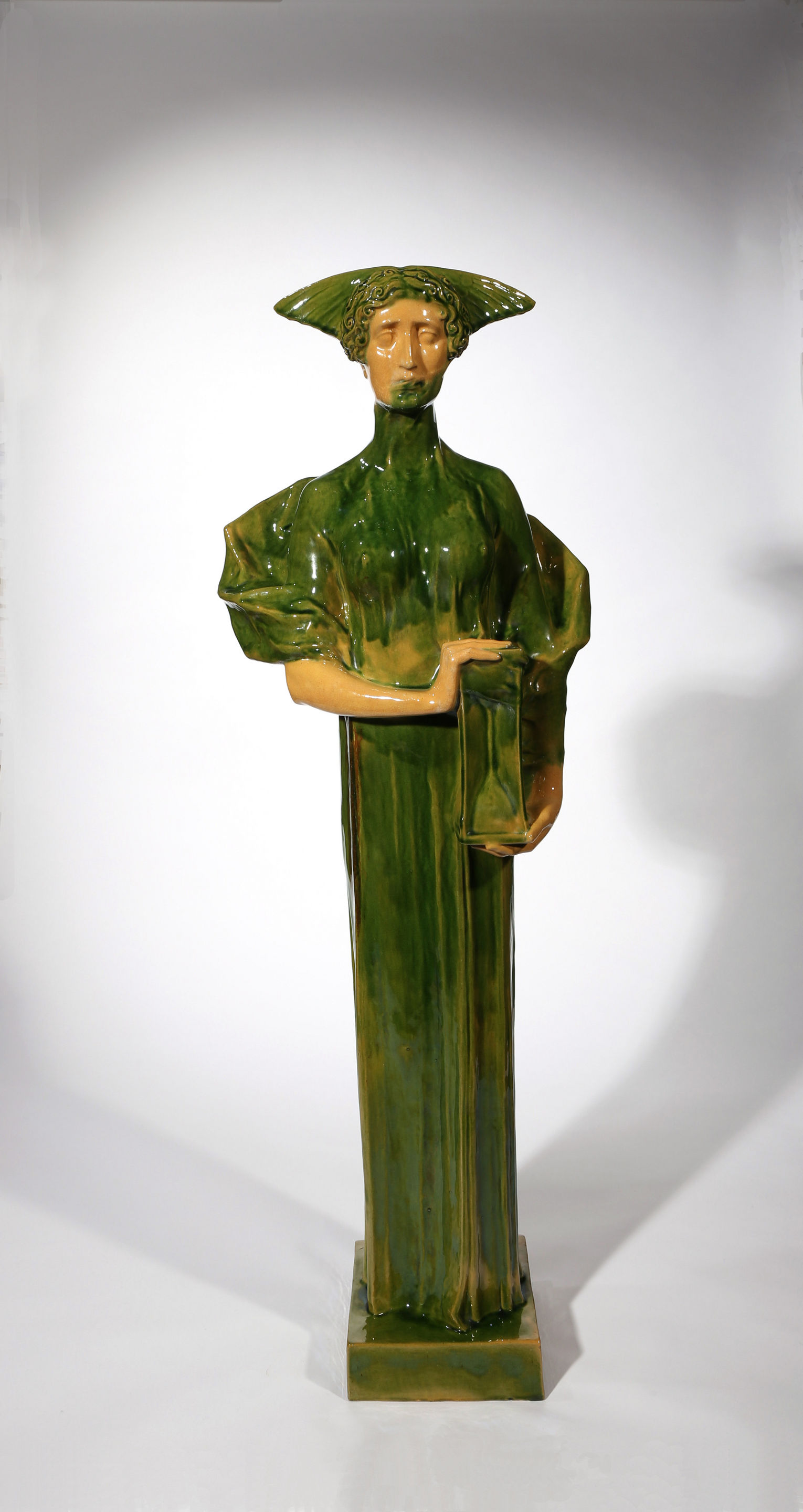 A Large Glazed Pottery Figure of Fate, By Michael Powolny

The standing figure holding and hour glass to her side, dressed in flowing robes with a veil drawn around her hair and across her mouth glazed in green. Supported on a square base.

The pose, especially the distinctive position of the hands, is close to that in Gustav Klimt’s ‘Judith’ of 1901 in the Belvedere, Vienna.

Condition – One tip of the winged headdress has been broken and neatly restuck.

Donal O’Sullivan was clerk to the first Seanad (Irish parliament, 1922-1936) and a member of Seanad Éireann from 1943 to 1944 having been elected to the 4th Seanad in 1943 by the Cultural and Educational Panel. He was director of Studies in Irish Folk Music and Song in University College Dublin and a member of the International Folk Music Council. He wrote the book O’Carolan: Life, Times and Music of an Irish Harper (London, 1958).

O’Sullivan was part of the Irish delegation to the League of Nations (c.1922-1930) and it is thought the present work is likely to have been acquired during one of his travels in this capacity.