A Bow group of Liberty and Matrimony 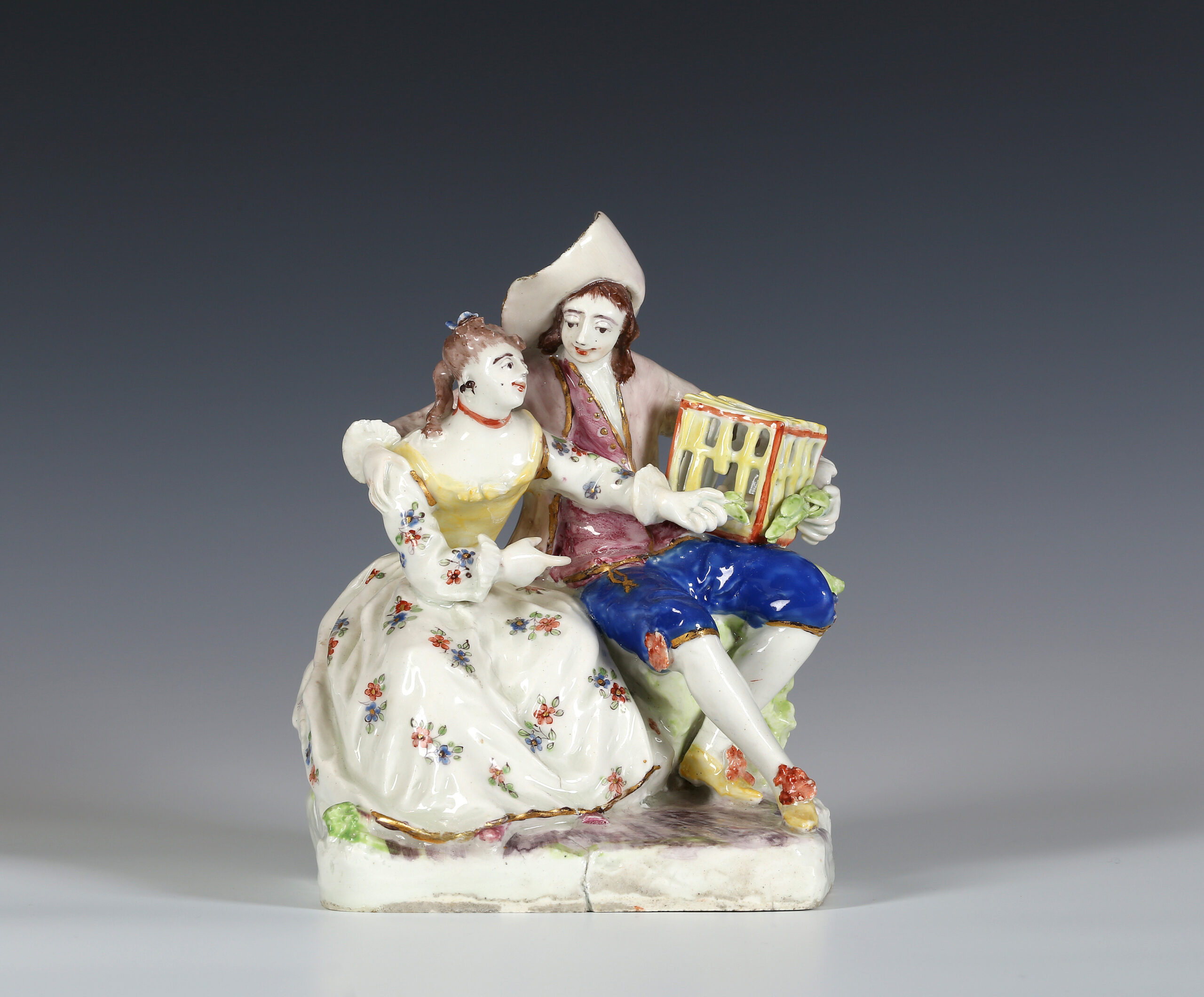 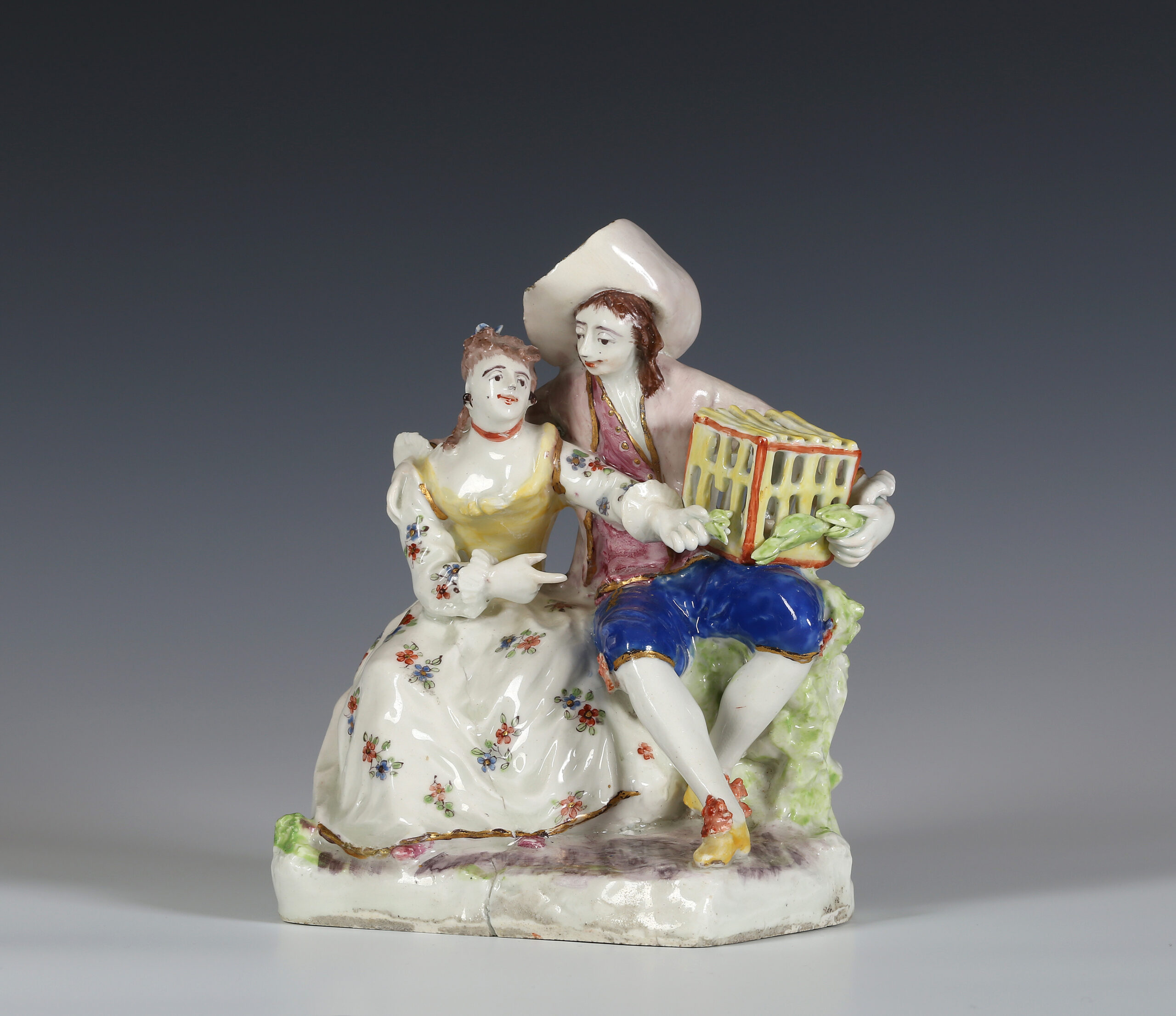 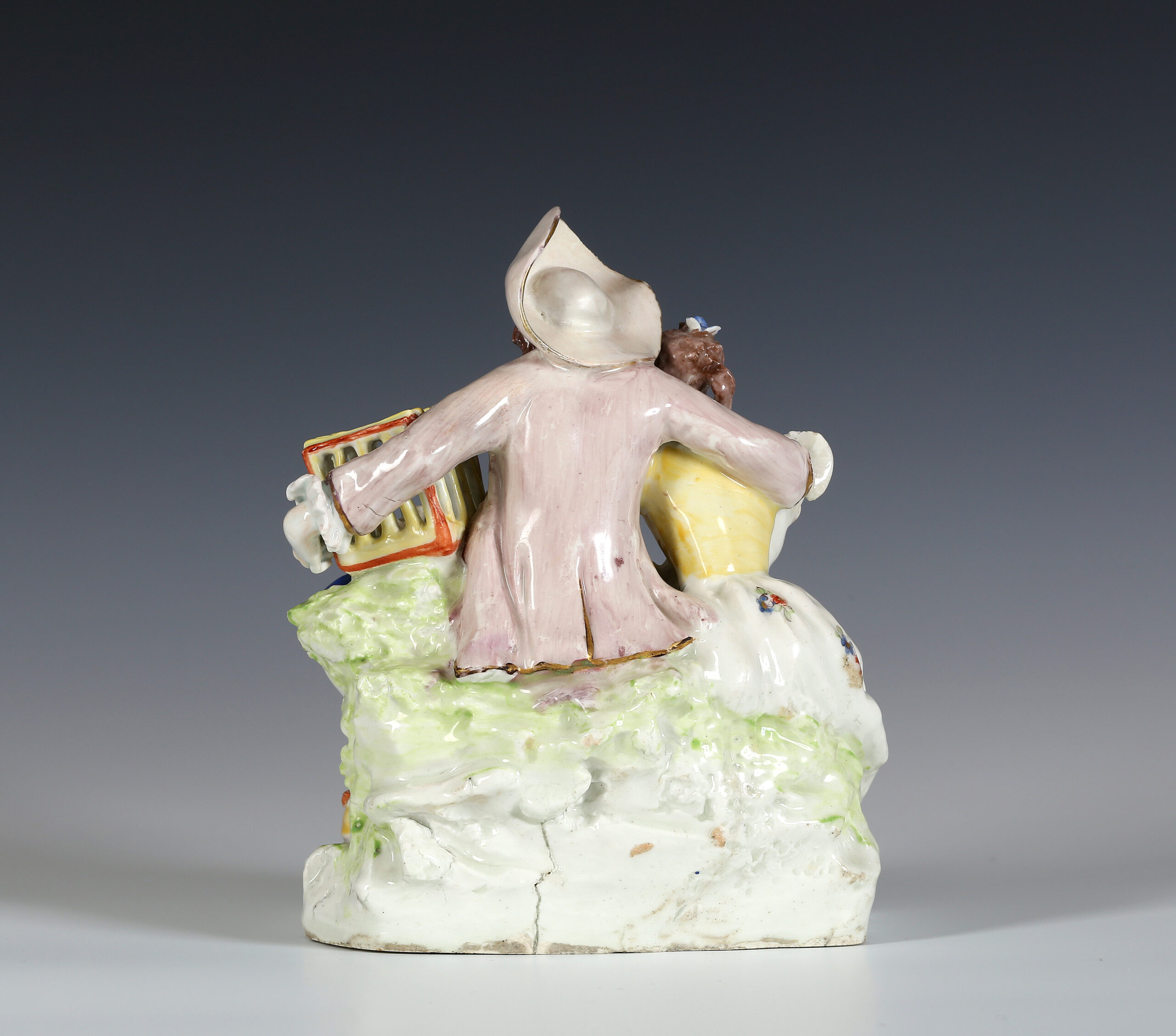 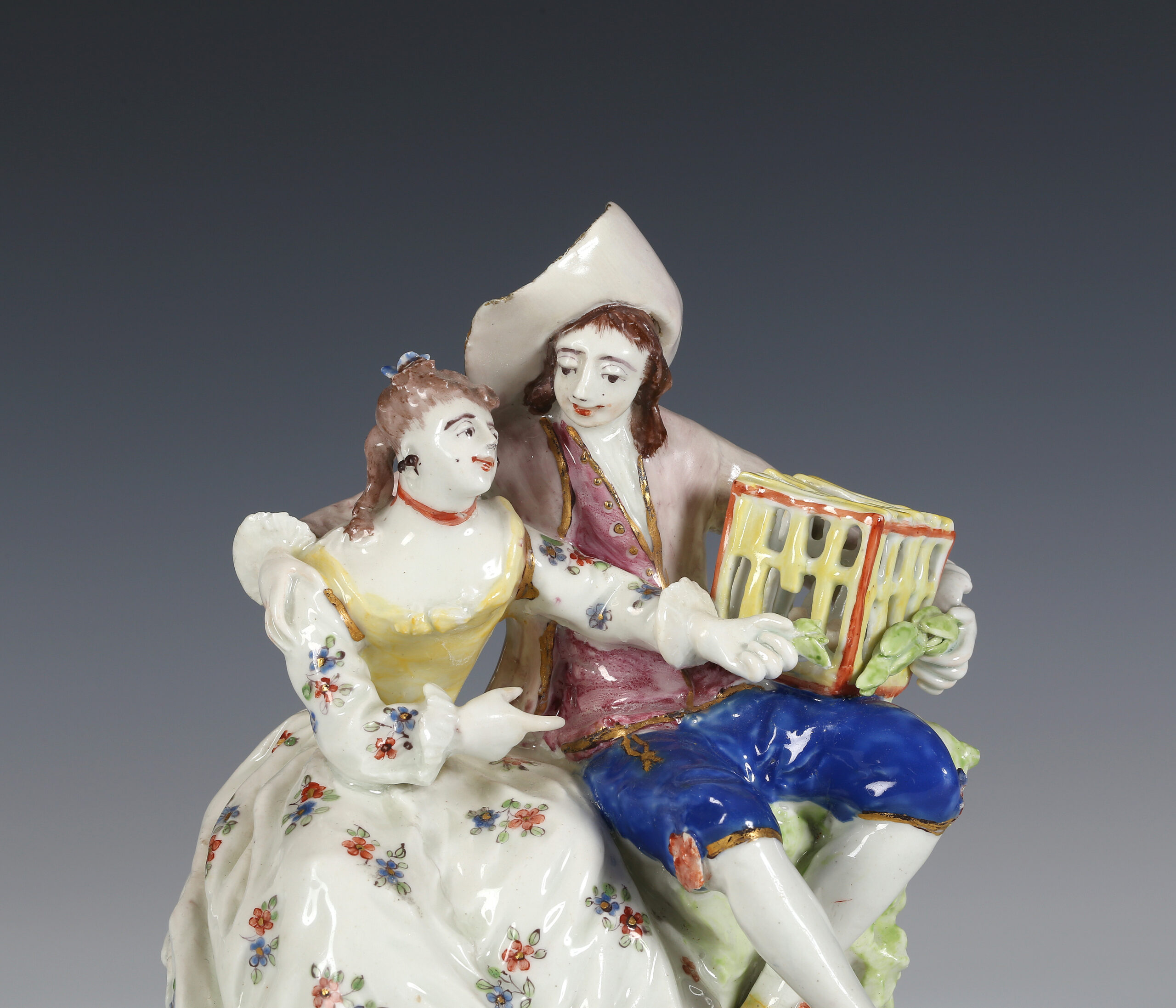 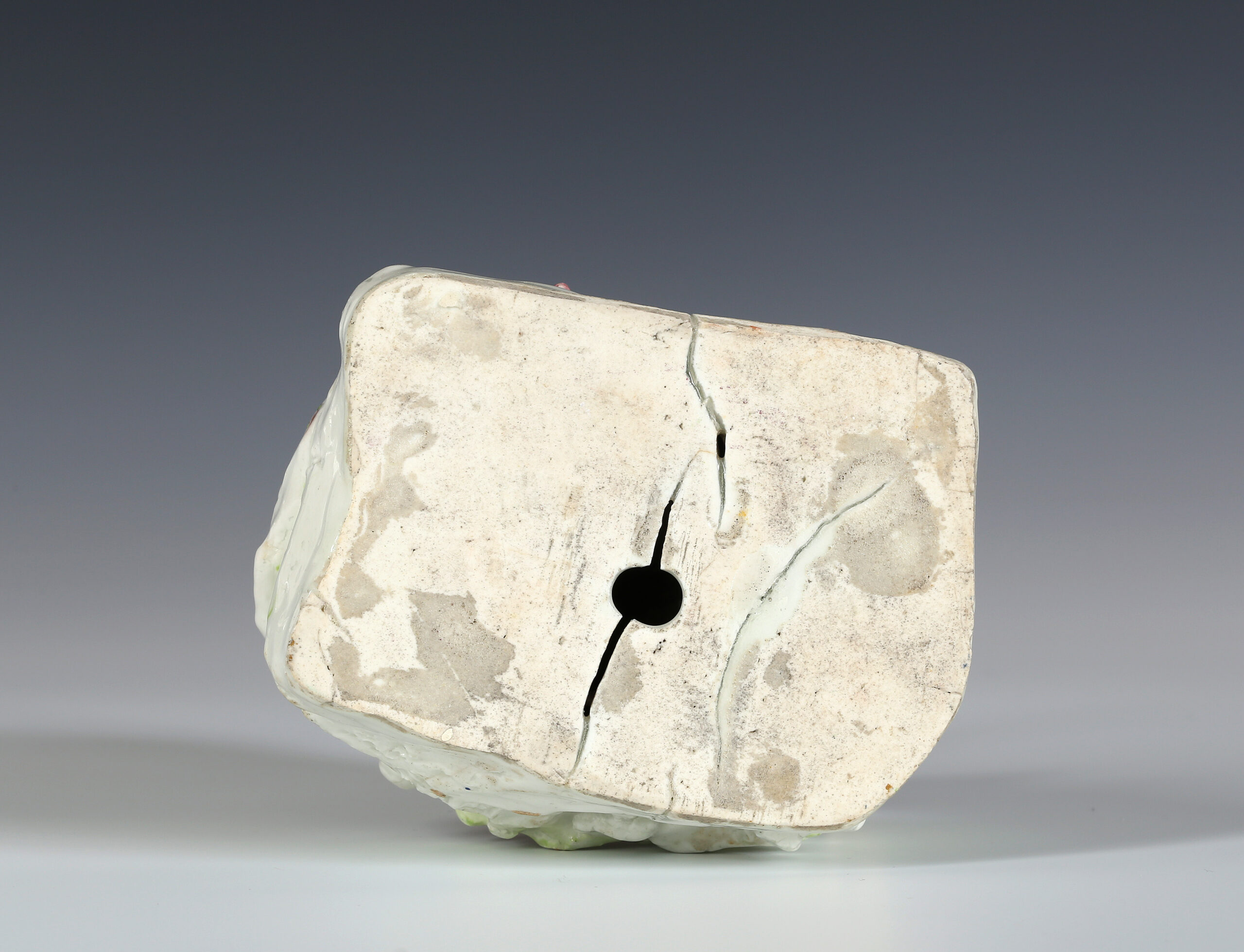 A Bow group of Liberty and Matrimony

Modelled as two lovers seated on rockwork, the boy has his right arm round the girl who holds a branch out to a bird in a birdcage. 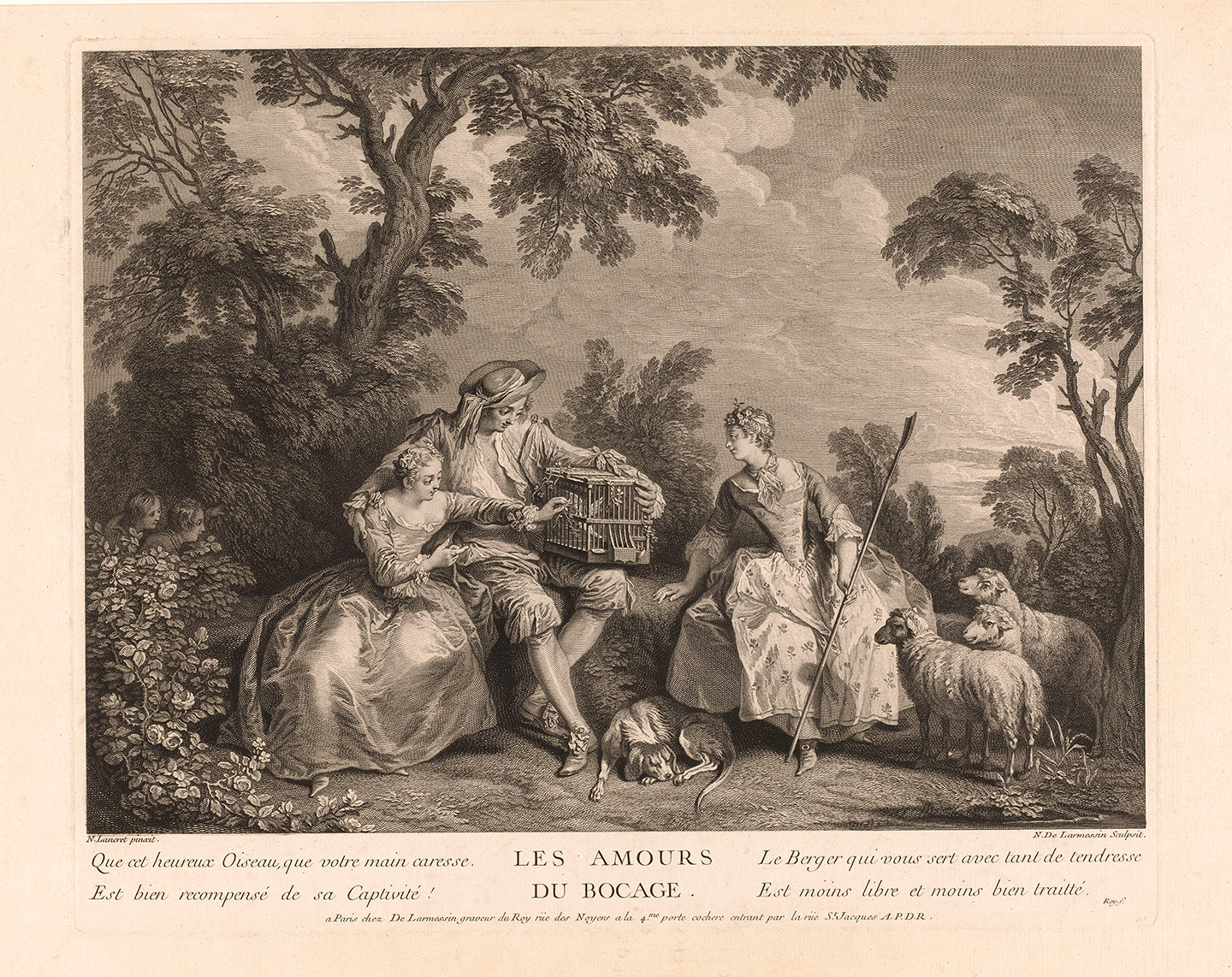 The source of this model is the etching ‘Les Amours du Bocage’ engraved by Nicolas de Larmessin after Nicolas Lancret’s painting of 1735, now in the Alte Pinakothek, Munich. The etching bears the verse:

[This happy Bird, which your hand caresses,
Is well rewarded for his Captivity!
The Shepherd who serves you with so much tenderness
Is less free and less well treated]

Such pastoral subjects became popular at a time when people sought to escape the constraints of their over-refined existence. A caged bird was frequently seen in the work of artists such as Boucher and Lancret where it symbolises how the helpless lover is captivated by his lady.

This is one of a small number of ambitious groups by the unidentified but skilled early Bow sculptor known as the ‘Muses modeller’, named after a series of inscribed figures of the classical muses.  It is arguable that this just predates the figures of Kitty Clive and Henry Woodward which are known in two examples dated 1750 (Kitty Clive in the Fitzwilliam Museum, Cambridge, and Henry Woodward in the Untermeyer Collection in the Metropolitan Museum of Art, New York). Some ‘Muses-modeller’ figures are supported on rudimentary rococo bases which could suggest a date in the early 1750s.

The distinctive decoration of washes of colour and small flower heads are typical of these groups along with the distinctive use of gilding over a brown underlay.

Another example of this rare group, with almost identical enamelling, is in the Victoria and Albert Museum (Museum number: C.1320-1924)

Condition:
Damage to man’s right arm, hat, right cuff and birdcage and to her forefinger and cuff