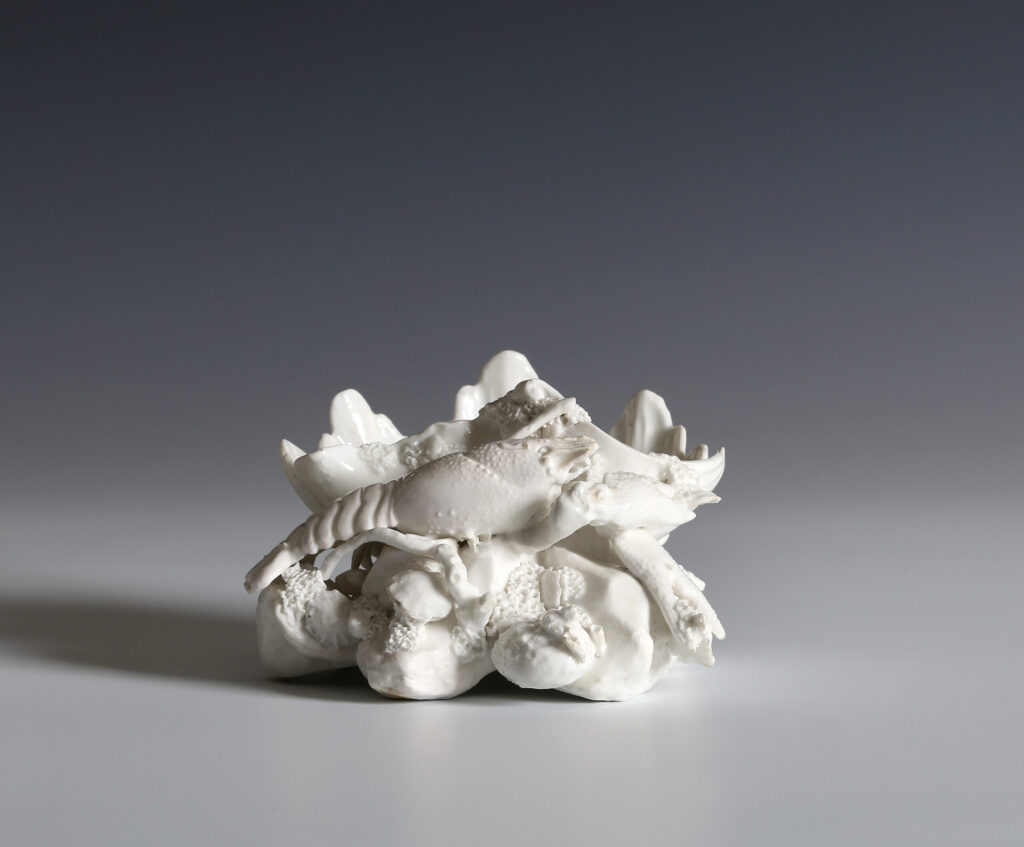 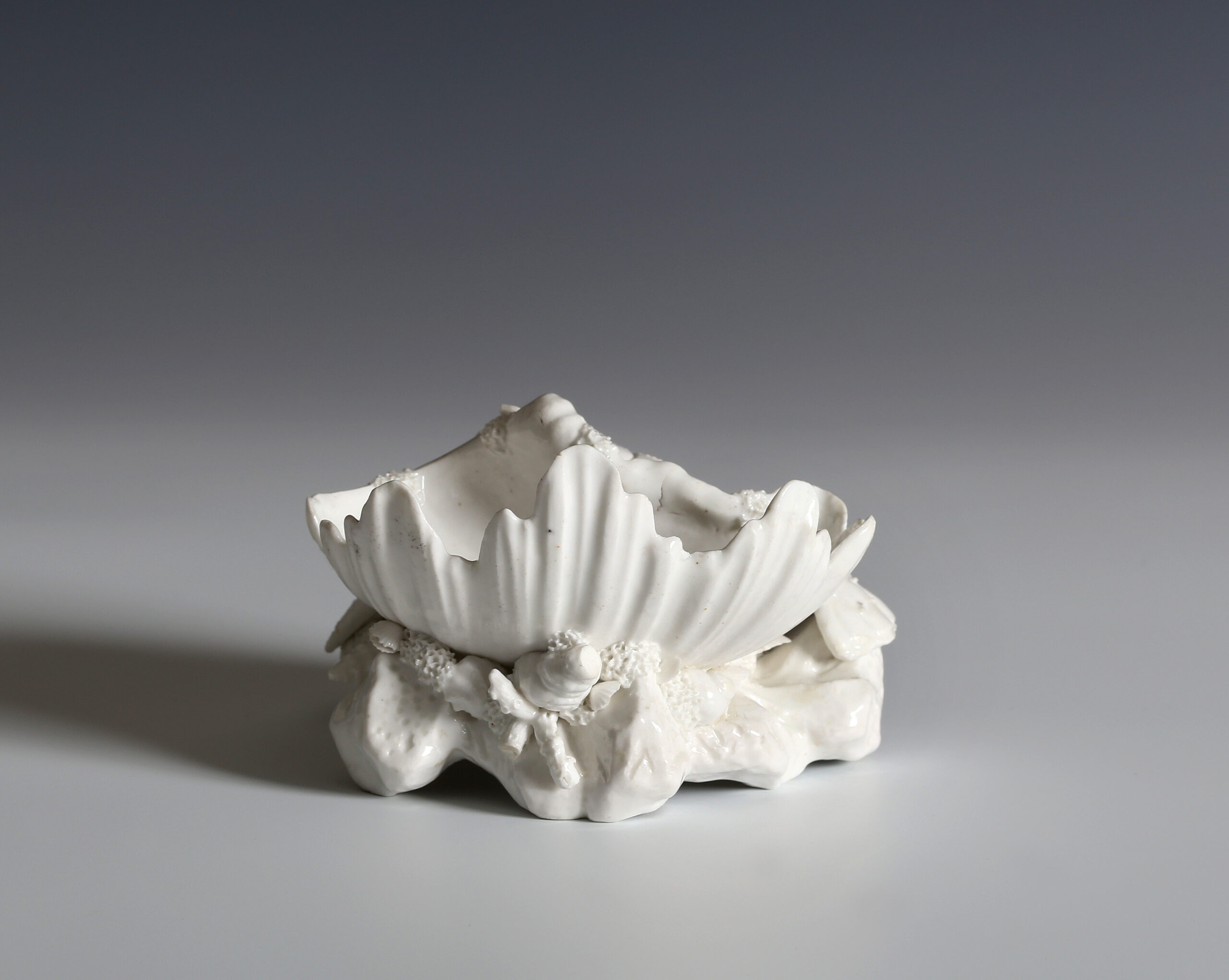 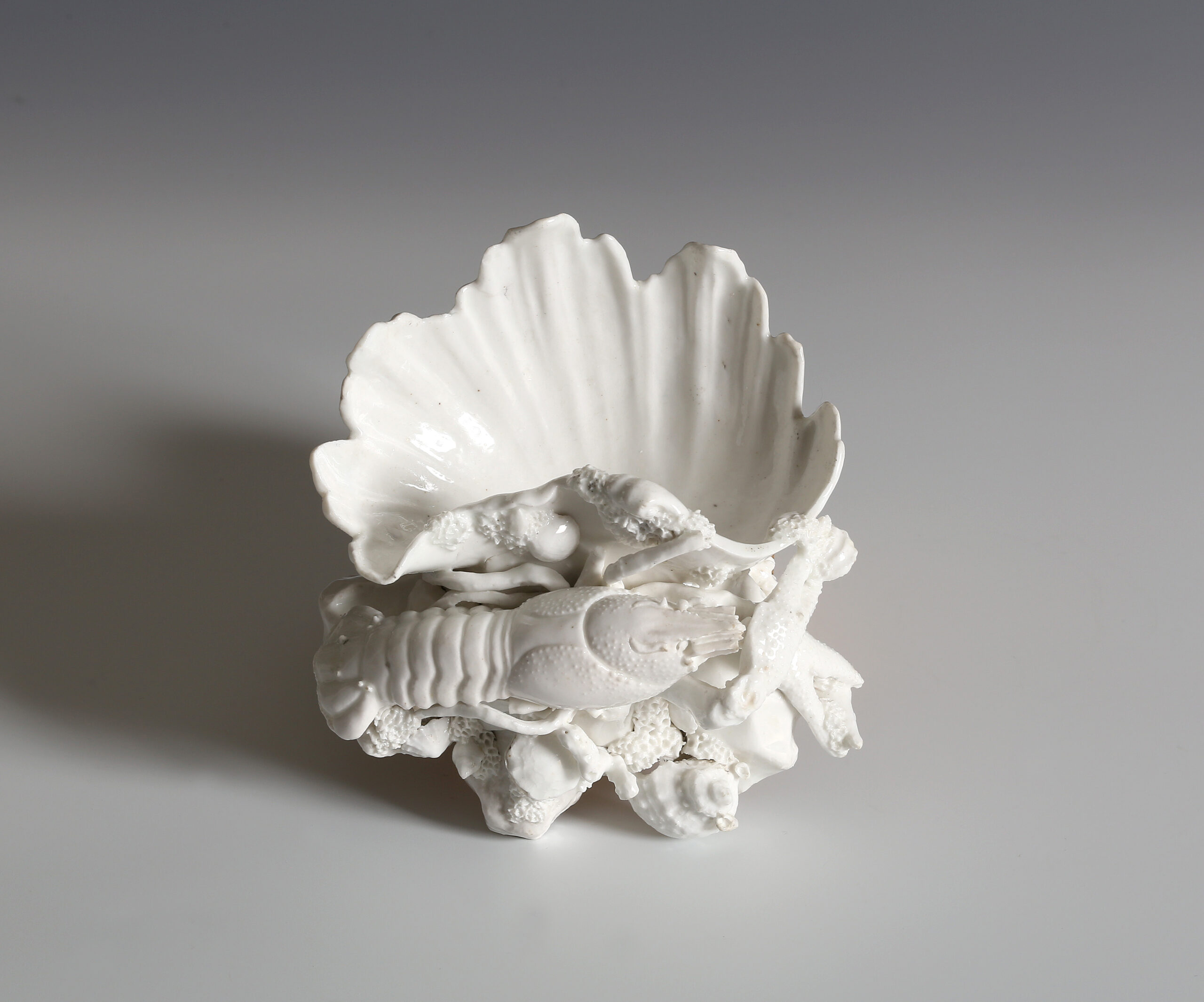 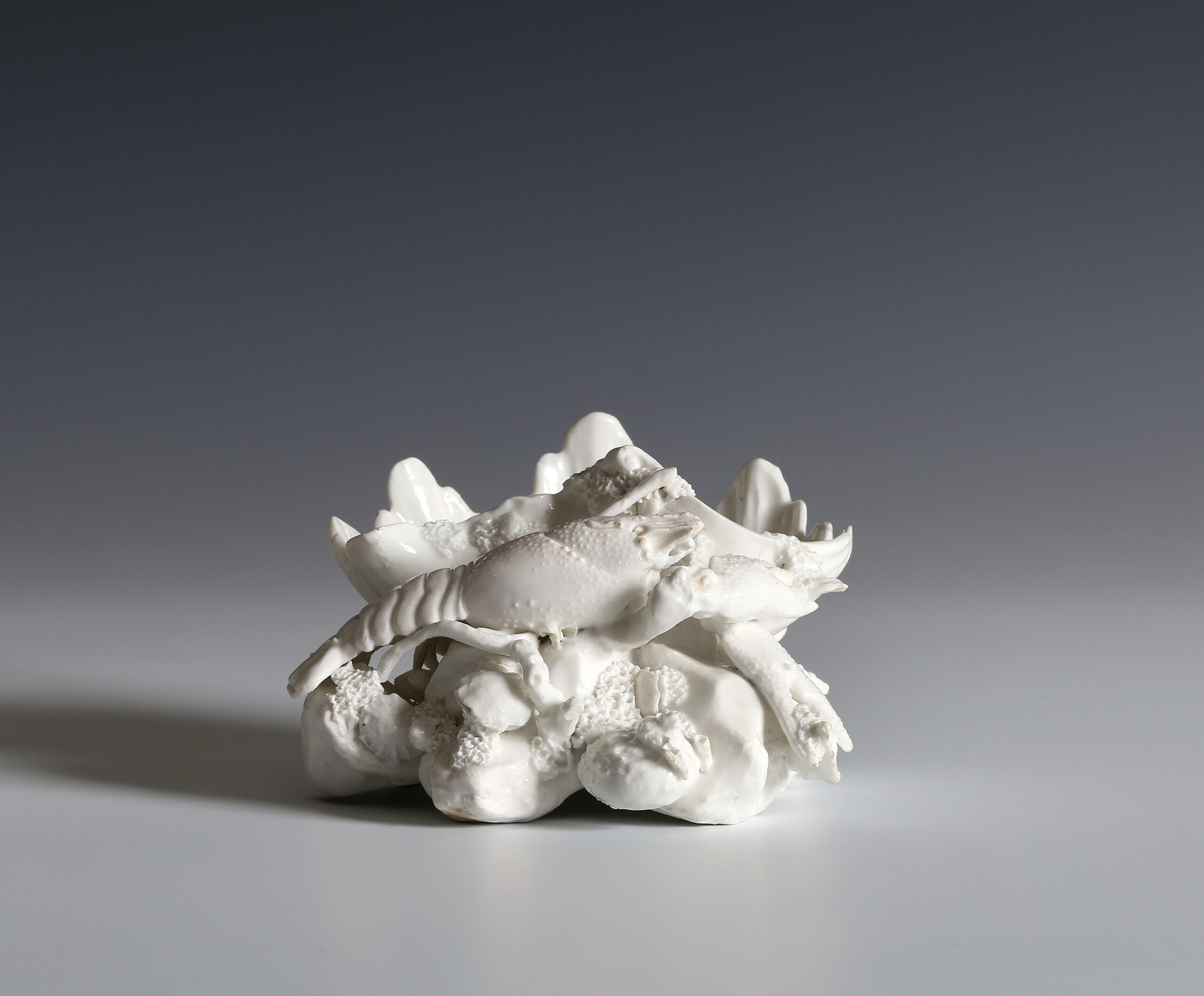 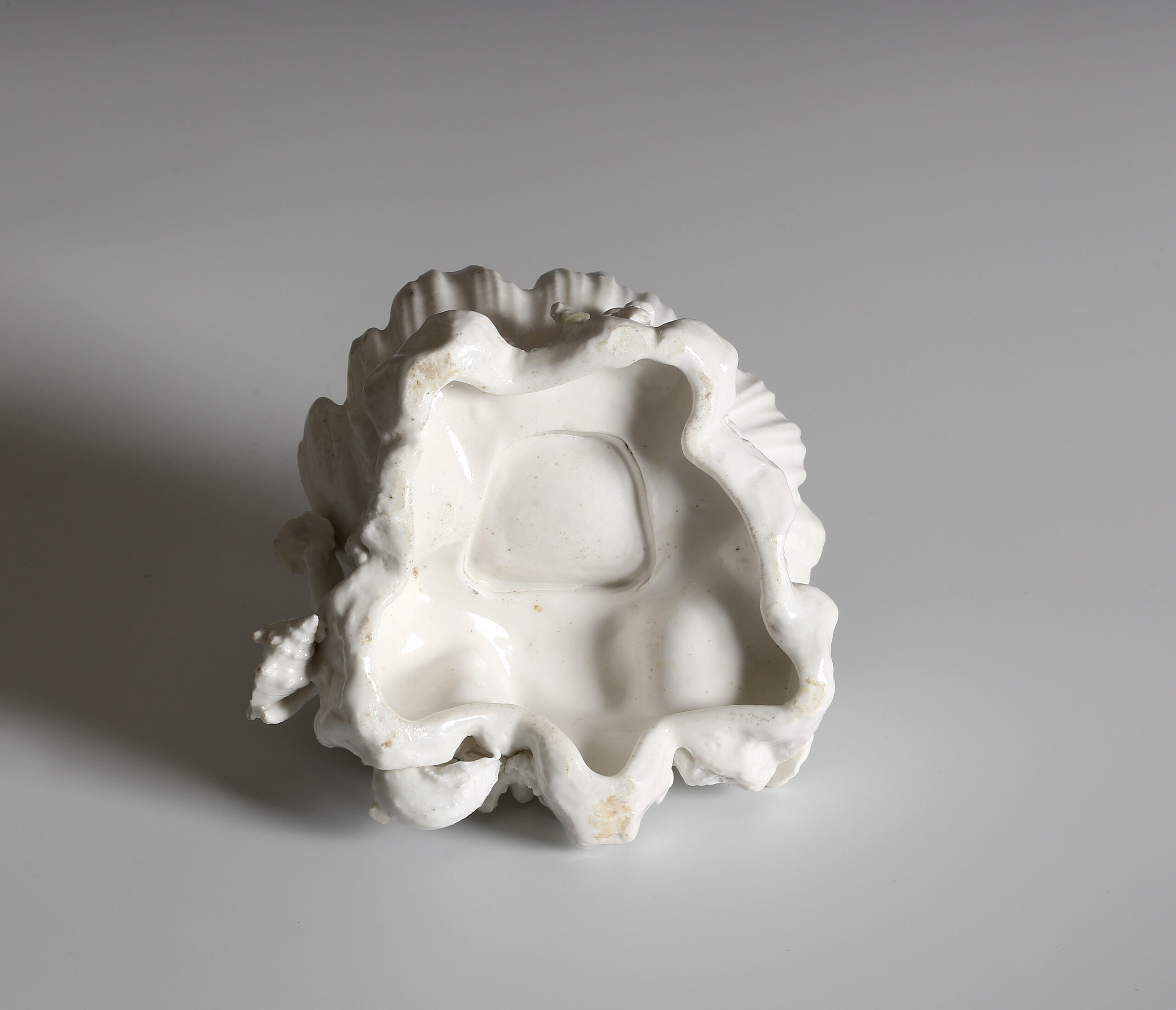 The model for this salt was first executed by Sprimont in silver hallmarked to 1742/43, soon after he arrived in England from Paris, and forms part of the ‘Marine Service’ created for Frederick Prince of Wales in the early 1740s and preserved in the Royal Collection (RCIN 51393).

Little is known of Sprimont’s time in Paris but it is clear that he must have worked in the circle of the great French silversmith Thomas Germain (1673-1748) whose work was inspired by the pioneer of the Rococo, Juste-Aurèle Meissonnier (1695-1750). A pair of lidded tureens surmounted by a similar crayfish by Thomas Germain of c. 1744-50 are in the J. Paul Getty Museum (Bremer-David 2011, pp. 108-111, figs. 65a & b). Presumably, these crayfish were cast from the hard carapace of an actual specimen of the freshwater crustacean which would then have been plentiful on the banks of the Seine and Thames.

The superb glassy white paste of the triangle period was a perfect vehicle for Sprimont’s introduction of this new French taste to the most fashionable circles in London.

Condition:
Tips of shell restored, losses to legs and antenna