A Chelsea Group of Two Goats 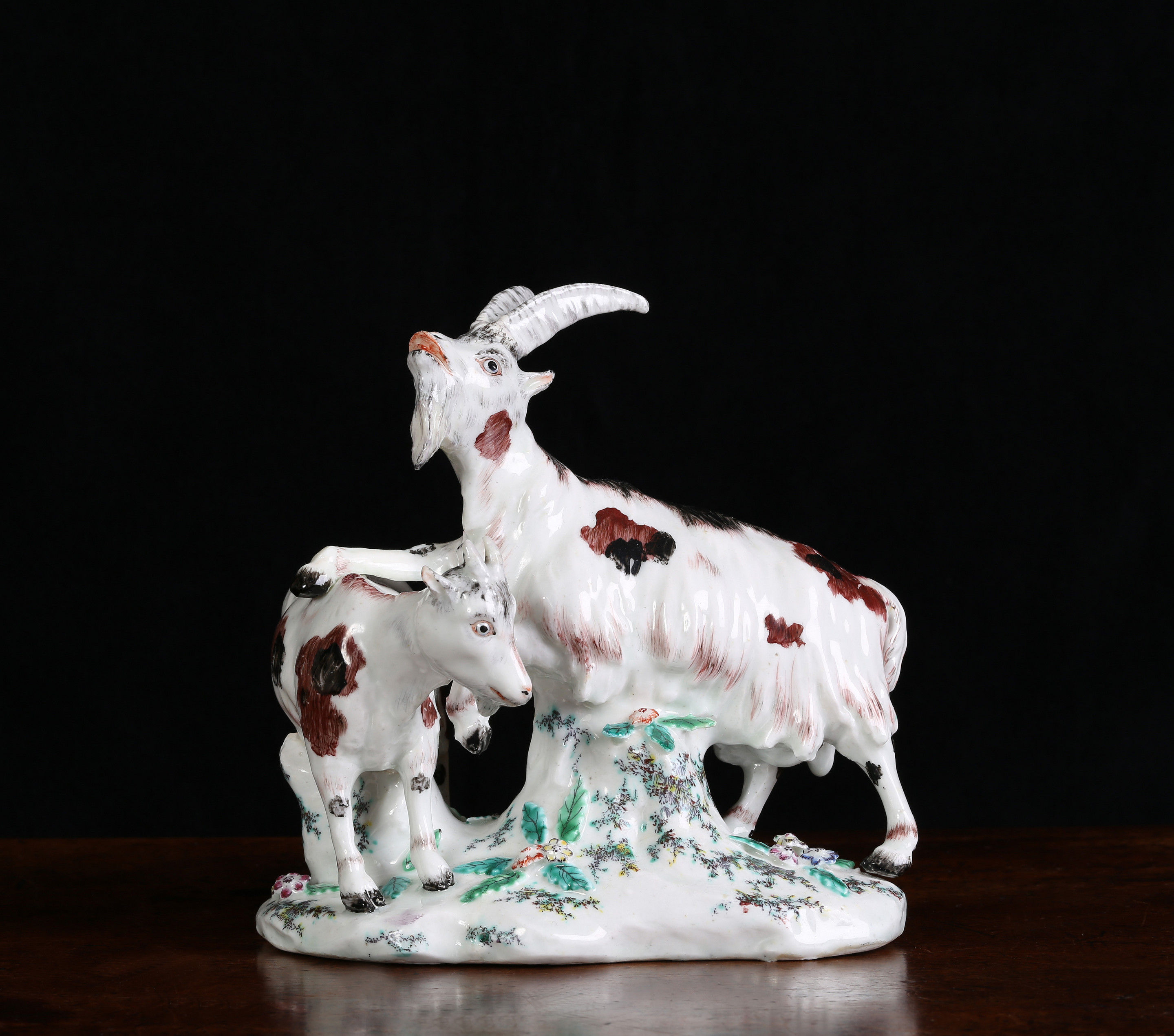 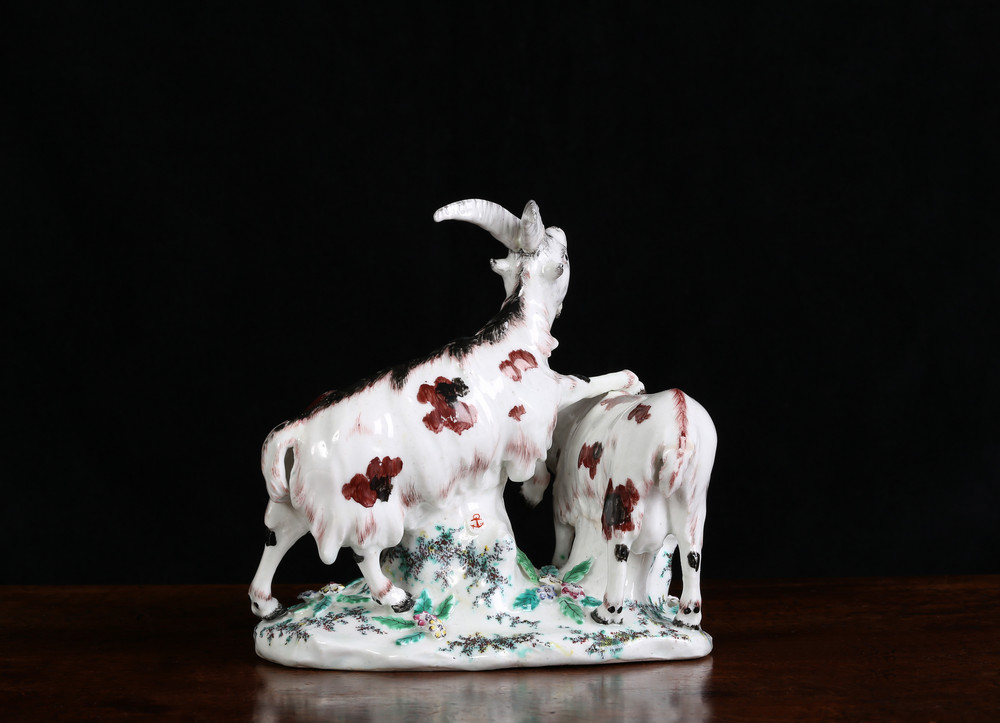 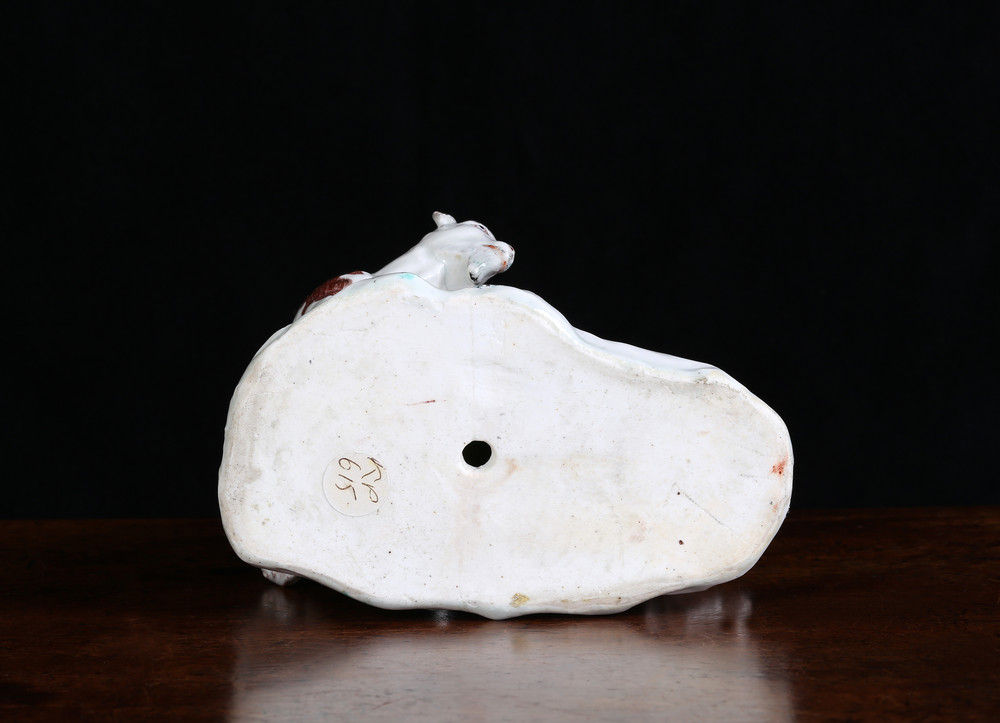 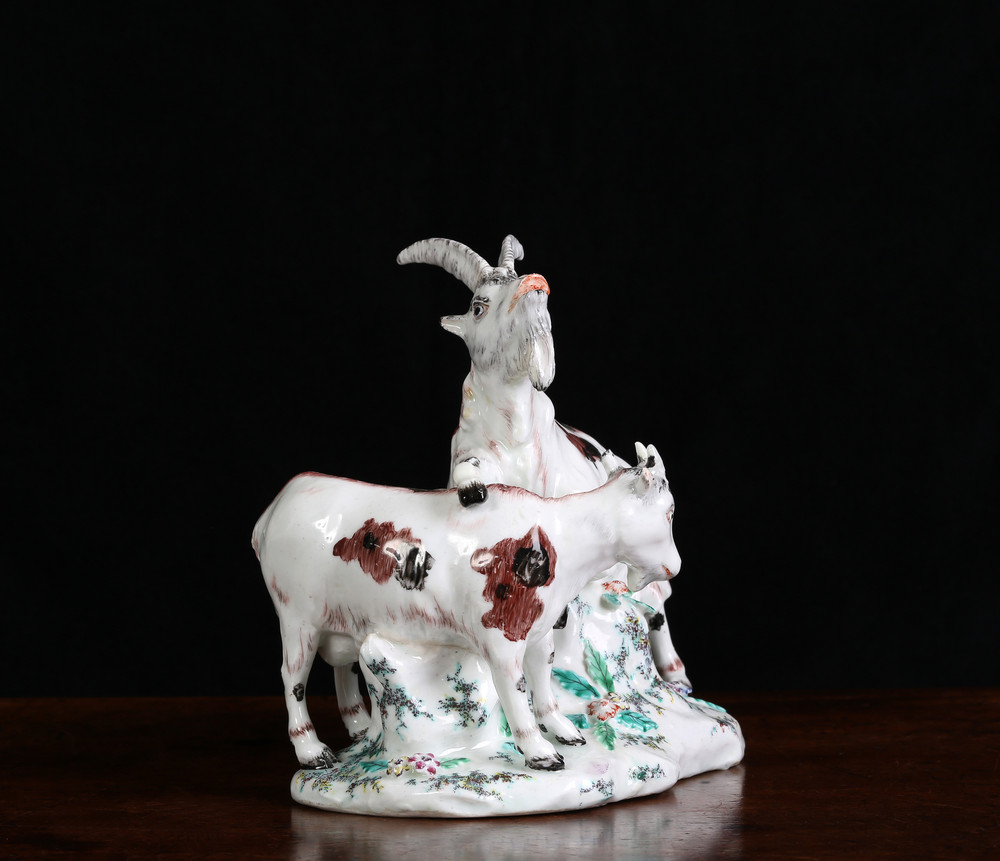 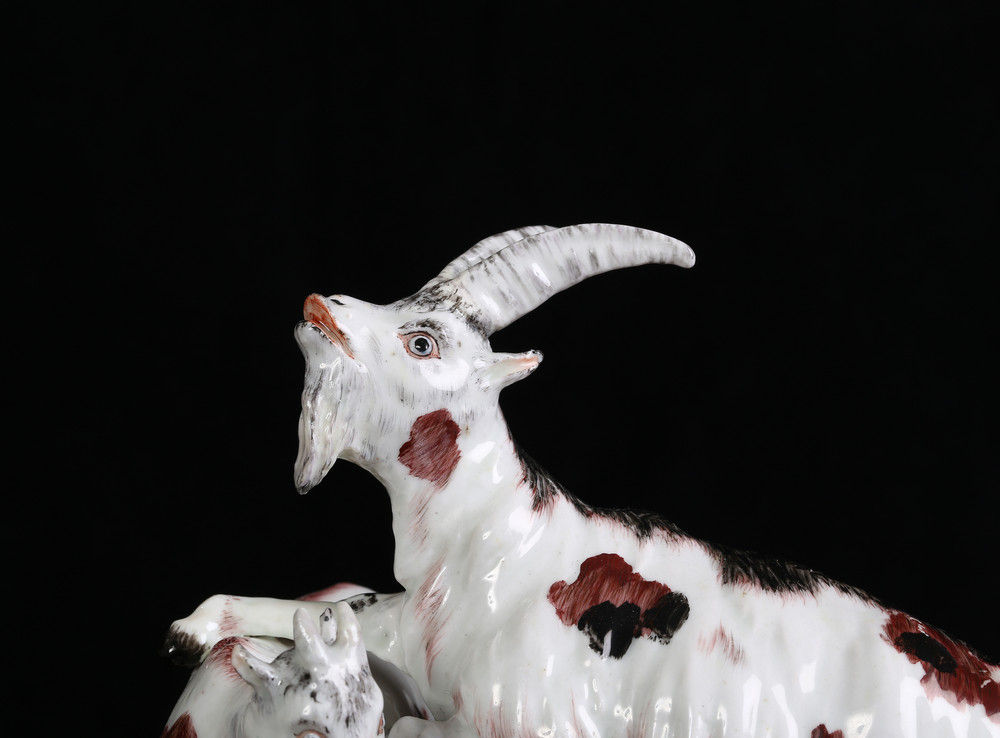 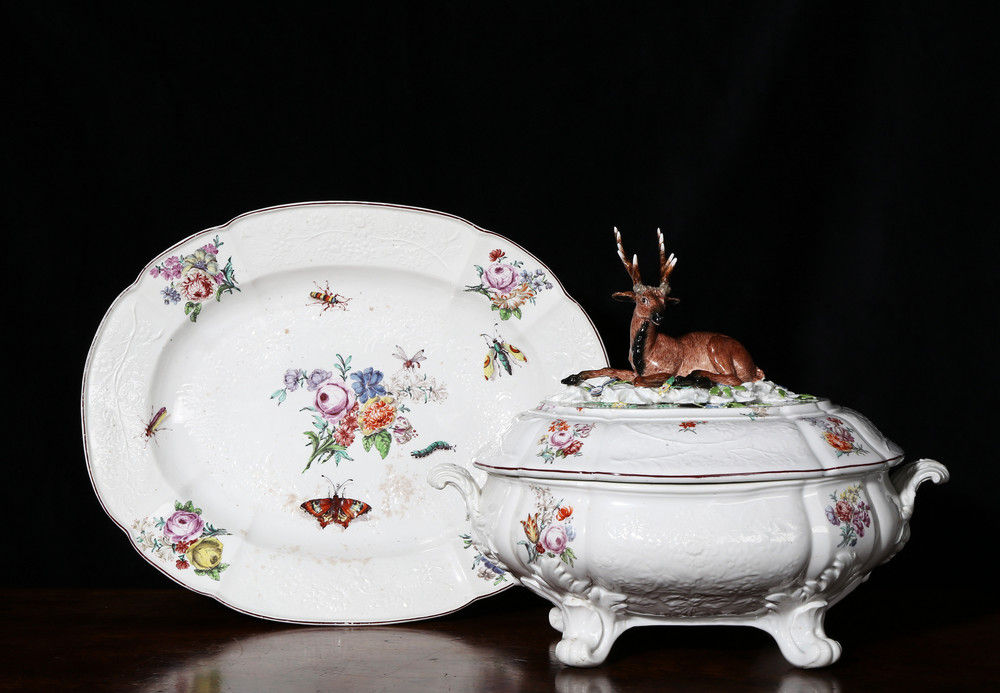 A Chelsea Group of Two Goats

Modelled with long shaggy coats with brown and black markings, on a base with coloured flowers and painted moss.

It is sometimes said that William Duesbury ran an independent decorating studio, but it is more likely that he was acting as an intermediary between the independent decorators and their clients. The characteristic mossy decoration on the base (sometimes described a ‘seaweed’) is often associated with pieces decorated through Duesbury and mostly appears on Raised Anchor pieces.

The modeller of this group could either be Nicholas Sprimont or Josef Willems. Sprimont is understood to have modelled certain animal groups during the preceding ‘Triangle Period’ and certainly favoured goats as seen in the ‘Goat and bee’ jugs and in the silver Ashburnham centrepiece, now in the Victoria and Albert Museum. However the Flemish sculptor, Josef Willems, had been engaged by 1750 so it could also be his work.

The only other recorded example of this group was sold at Christie’s, London, 10 October 1988, lot 283. This is the better example.

Condition – Broken through the base, the beard and horns of the higher goat and his raised right leg replaced. A detailed treatment report is available