A CHELSEA MODEL OF A LEOPARD 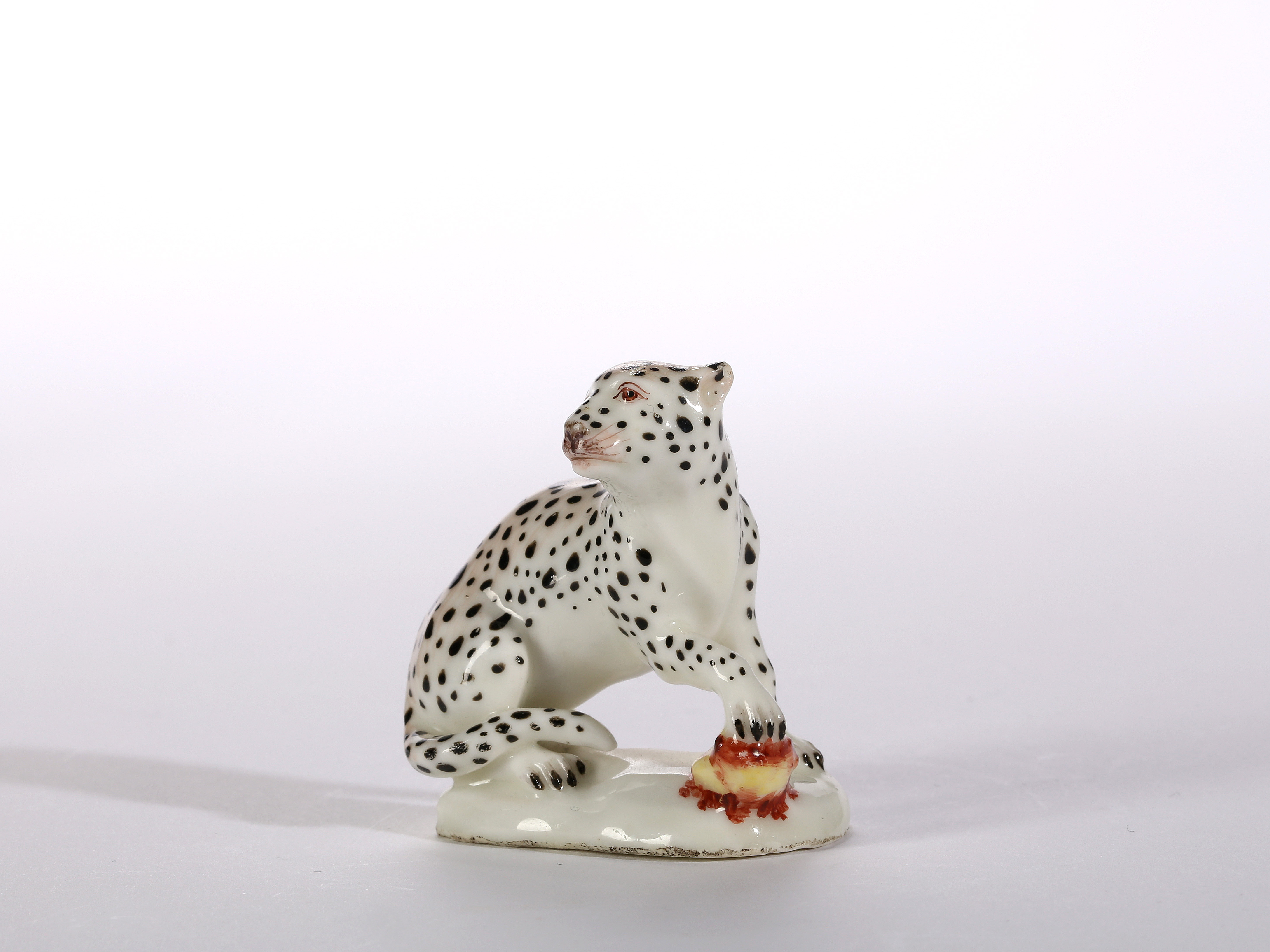 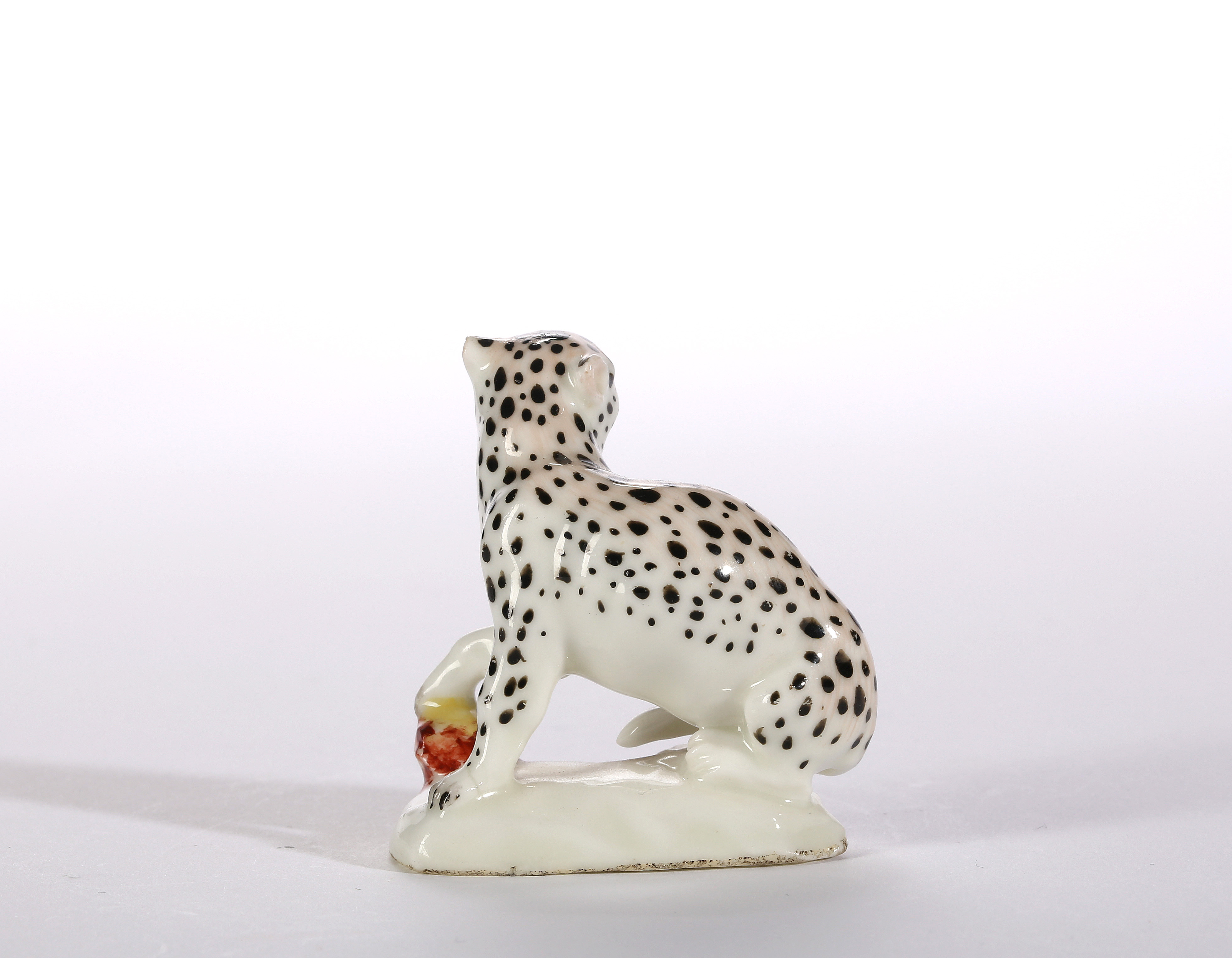 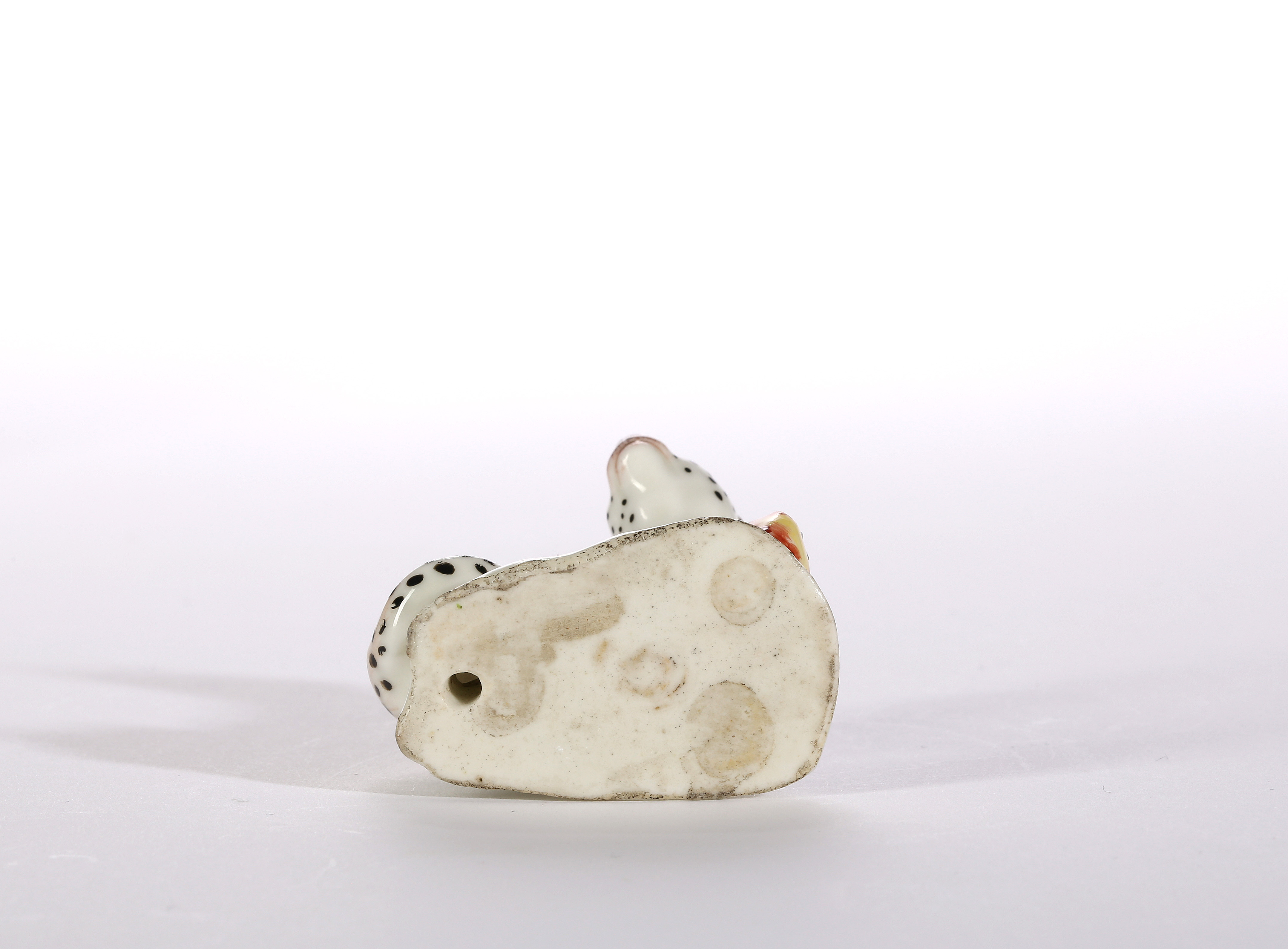 A CHELSEA MODEL OF A LEOPARD

This small leopard with head raised looking to his right with his right paw on his prey is a near exact copy of a Meissen model[1].

The attribution of this figure has differed. It is unmarked and the underside has four faint ‘patch marks’, this lead to it being catalogued as Derby in the MacHarg sale in 1962, and whilst ‘patch marks’ are characteristic of Derby they can also occur on Chelsea. The paste is very well vitrified and too white for Derby, it is consistent with Chelsea of the early Red Anchor period. When sold at Philips in 1993 the quality of the paste lead them to consider an attribution to Capodimonte. Bob Williams of Winifred Williams realised that it was Chelsea and this is confirmed by its fluorescence under ultra-violet light.

In the Chelsea Sale Catalogue of March 12th, 1755, lot 84 is listed as ‘Four small Cupids for desart, two leopards and two dogs’.

No other Chelsea example seems to be recorded.

Condition:
Minute chip to tip of ear, no restoration