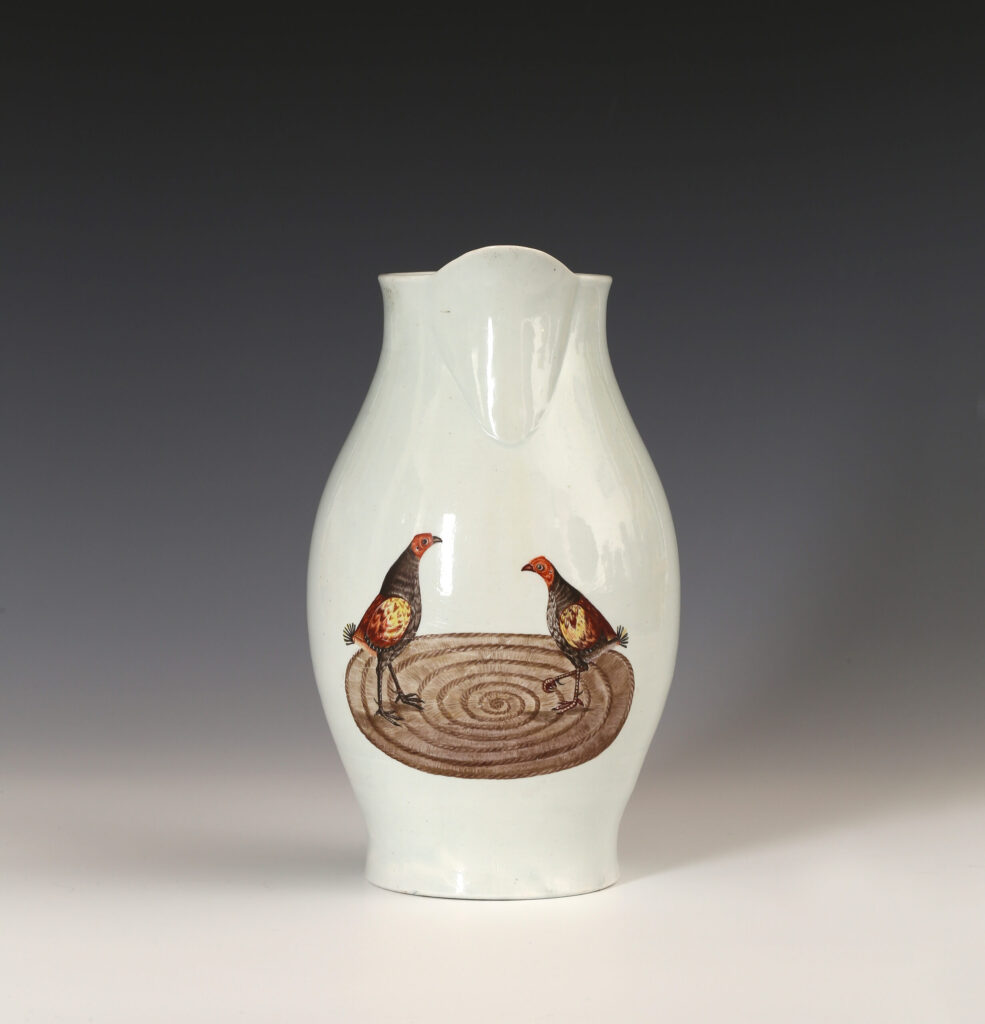 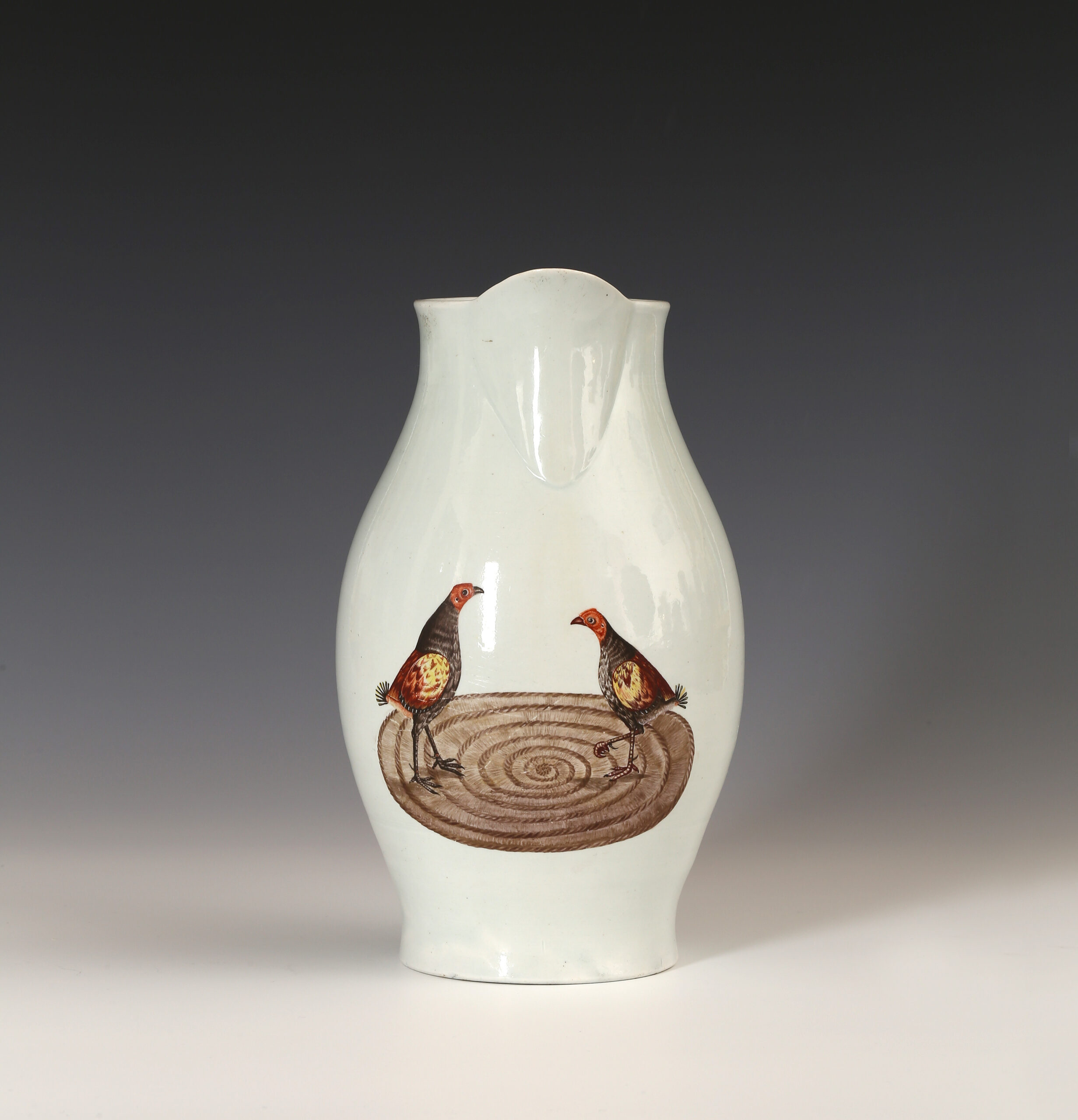 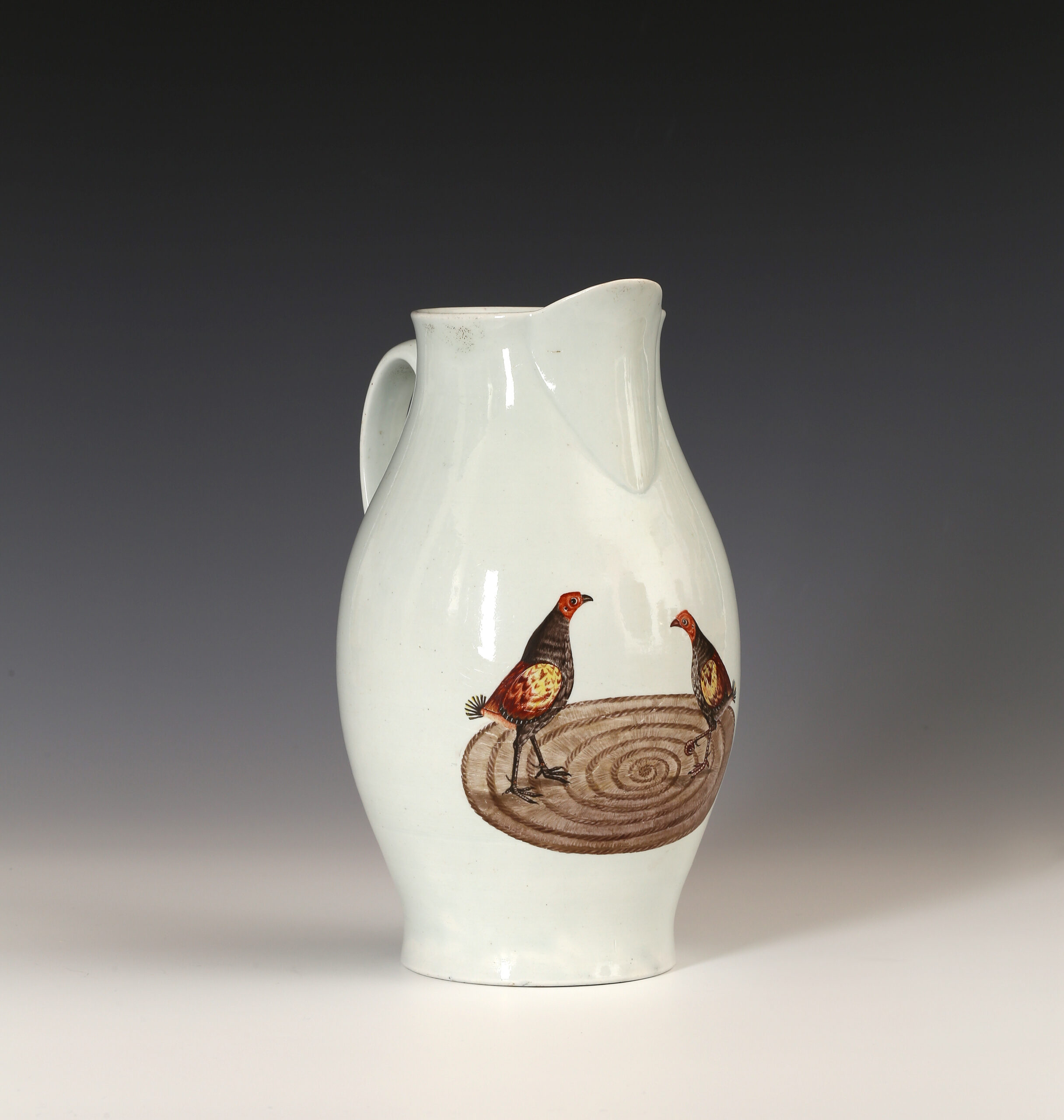 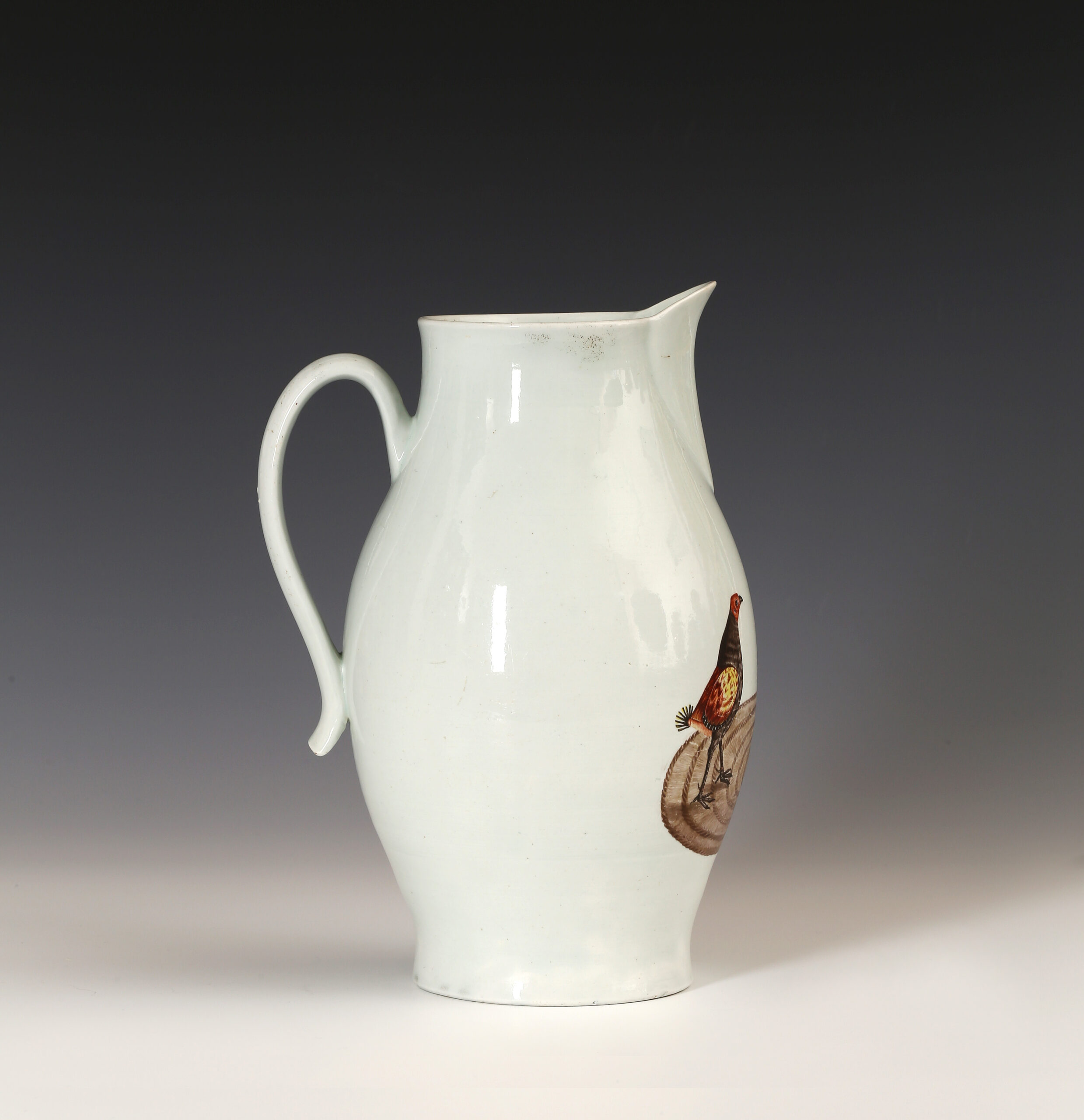 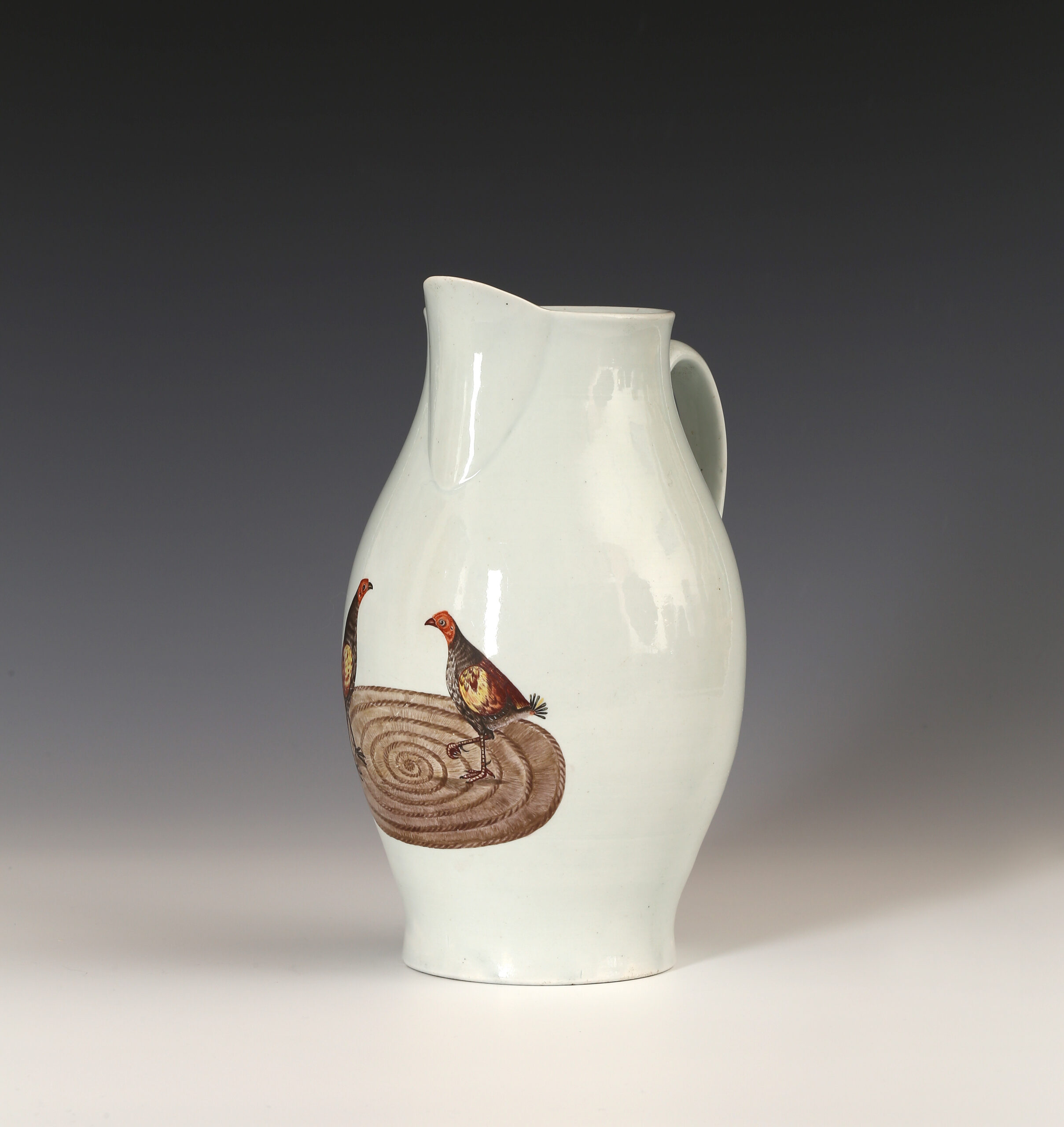 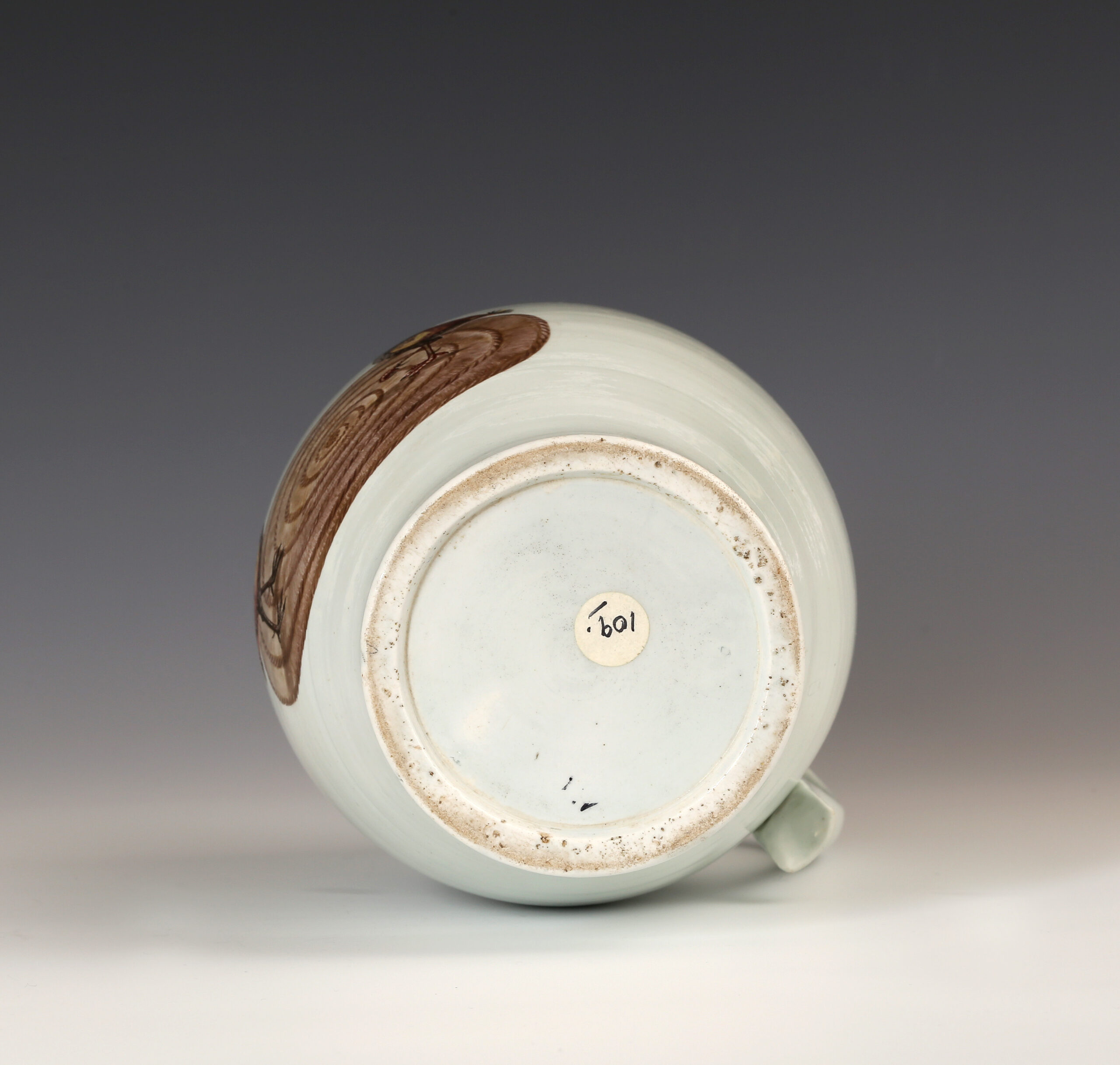 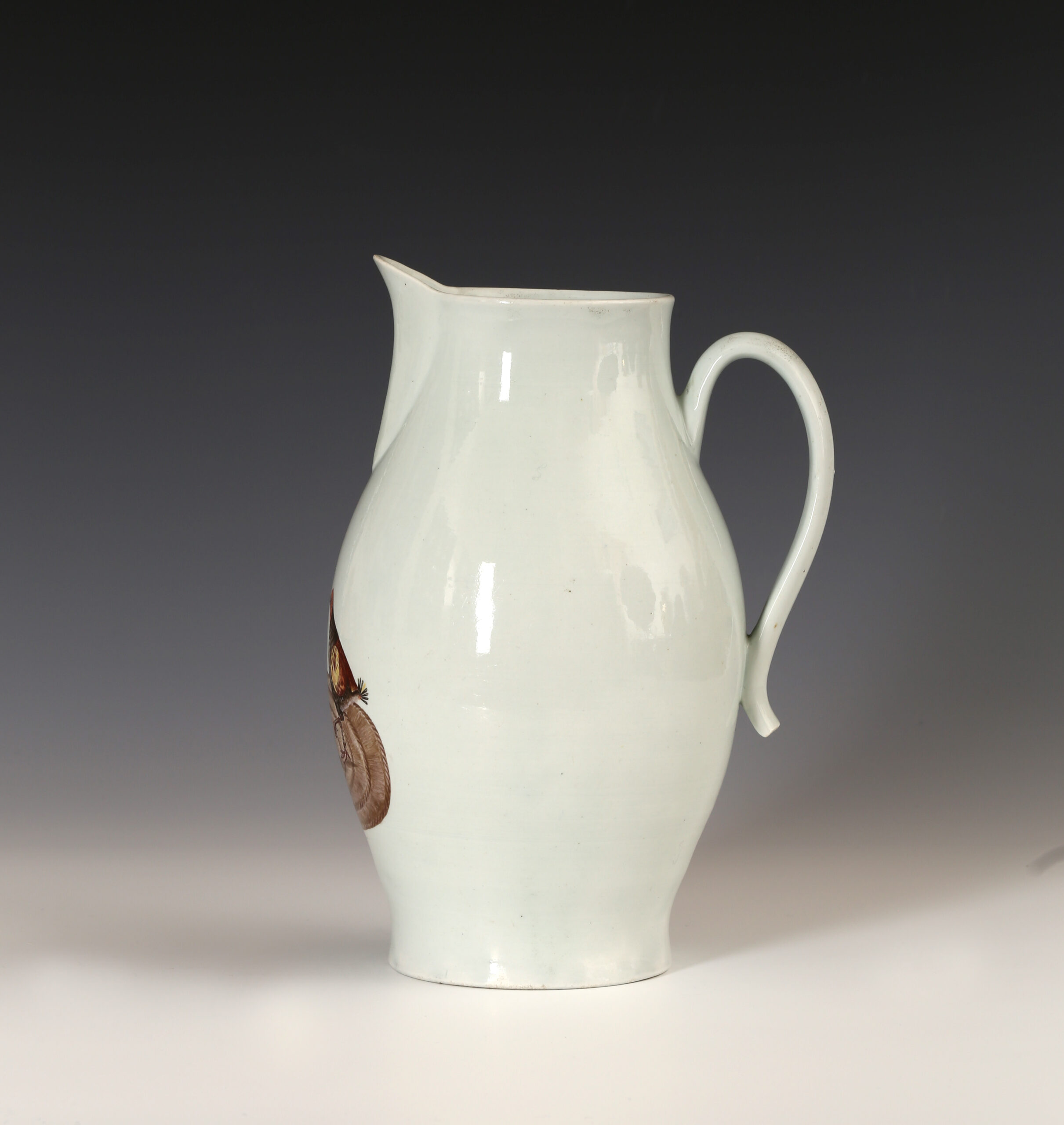 The barbaric sport of cockfighting attracted the active support of all classes of society in the 18th century. Most towns had their cockpit where “the mains are fought” before the practice was outlawed in England in 1835.

Cock fights were regularly advertised in the Liverpool newspapers. A “cock match” in Manchester was fought “on the 15th of April 1761, and the three following days,” which “consisted of twenty-eight battles,” and was won by a Mr Diconson. The same gentleman was a competitor in the following year, when twenty-five battles were fought, and victory again declared in his favour. In 1772 “the ladies’ stand” was first erected; and there was a “cock match” on the 13th of June, at the close of the races, “between the gentlemen of Yorkshire and the gentlemen of Lancashire,” when the former were victorious in “twenty-two battles and nine byes.”

Richard Chaffers was one of the first potters to succeed in making porcelain in Liverpool, much of which was shipped to the American colonies. Plans to make porcelain were recorded in an agreement dated 14th June 1755 drawn up between Robert Padmore of the city of Worcester, Potter, Richard Chaffers of Liverpool, Potter and Philip Christian of Liverpool, Potter. Podmore had the knowledge having been one of the key workmen of the Worcester Porcelain Company and was one of two workmen who were specifically mentioned in their Deed of Patrnership (Hillis, pp. 141 ff). Podmore brought the Worcester recipe for making soaprock porcelain. Chaffers’s porcelain has a distinctive dense finely textured paste with green/grey tinge.

Two other Chaffers cockfighting jugs are recorded, one from the Godden reference collection (Hillis 2011 p. 165 pl. 5.45) and one from the Ernest Allman Collection (Boney 1957, pl. 1b).

Knowles Boney, Liverpool Porcelain of the Eighteenth Century and its Makers, 1957