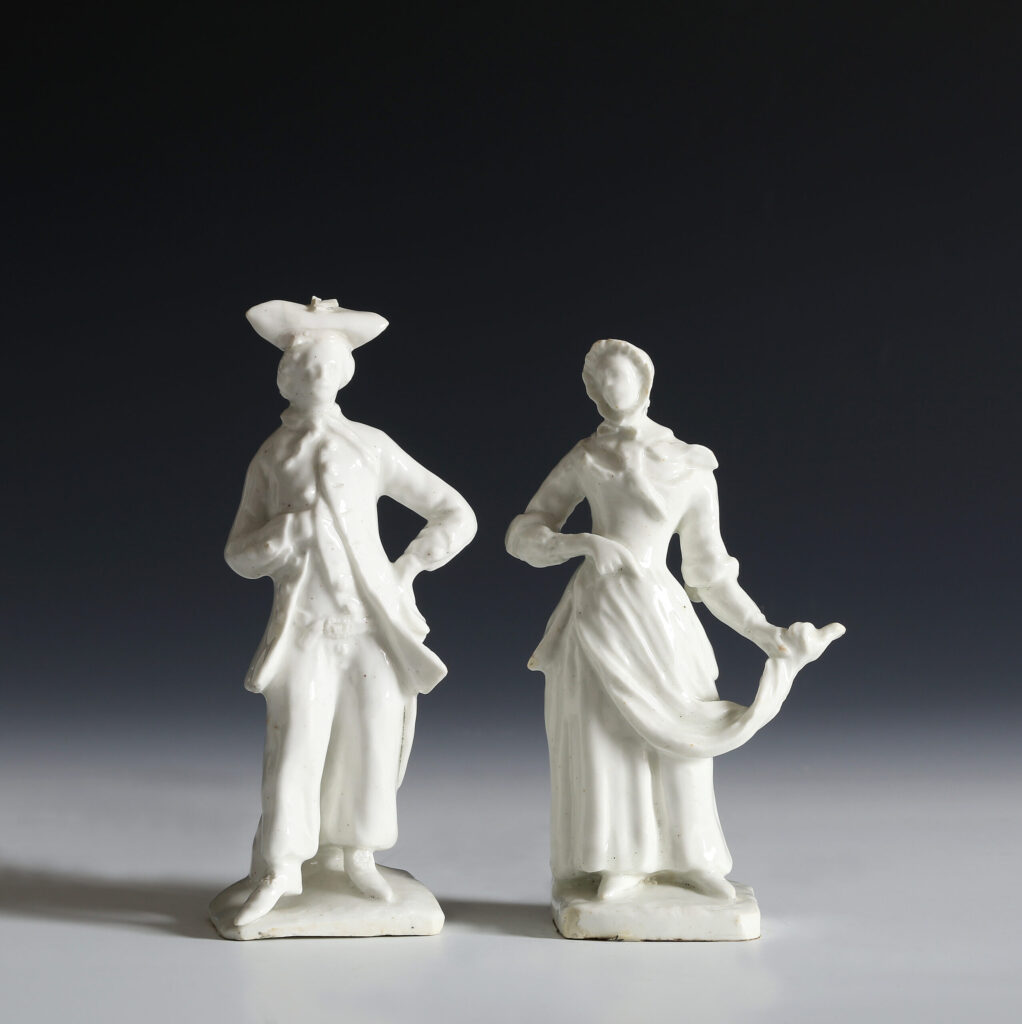 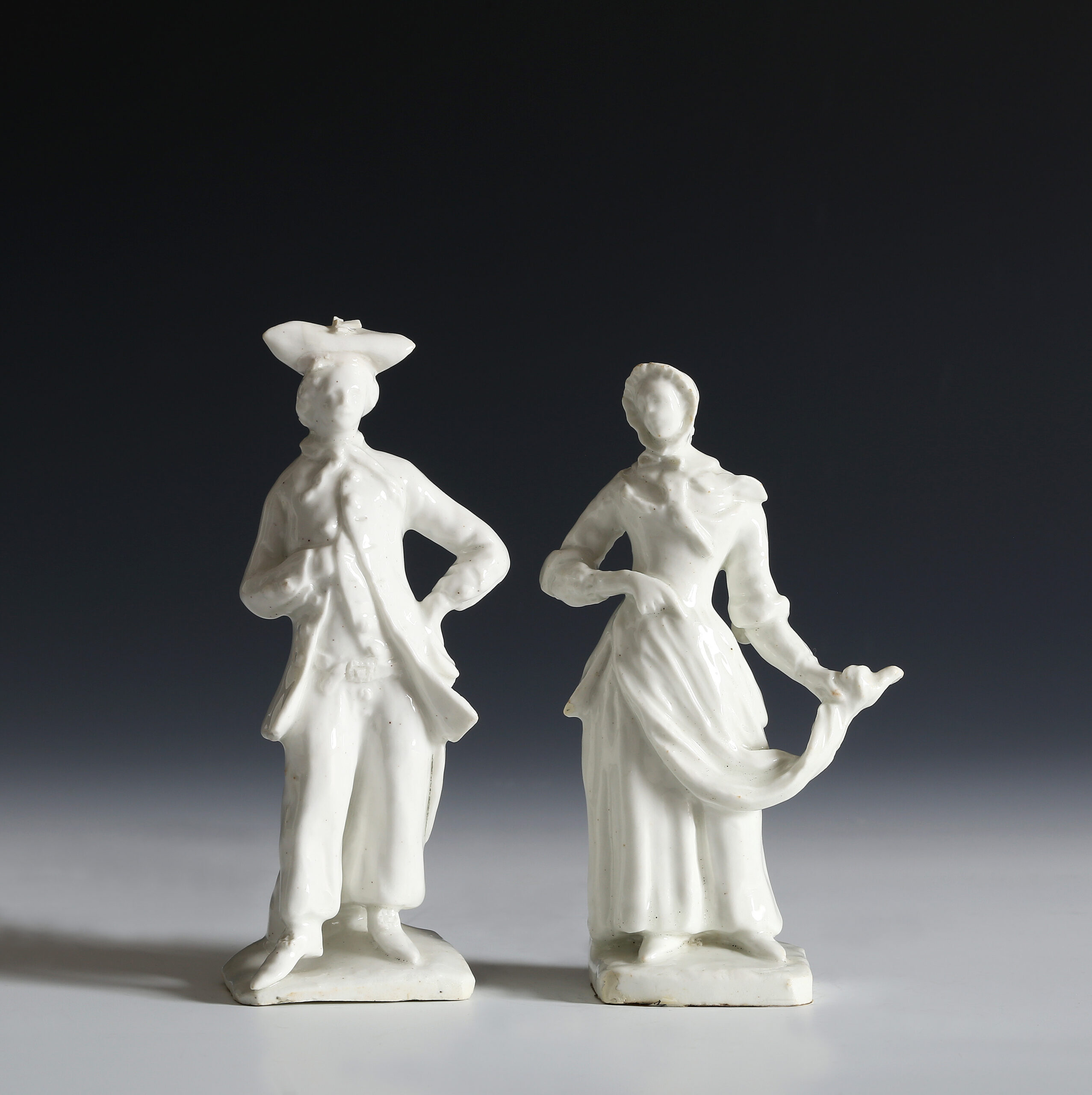 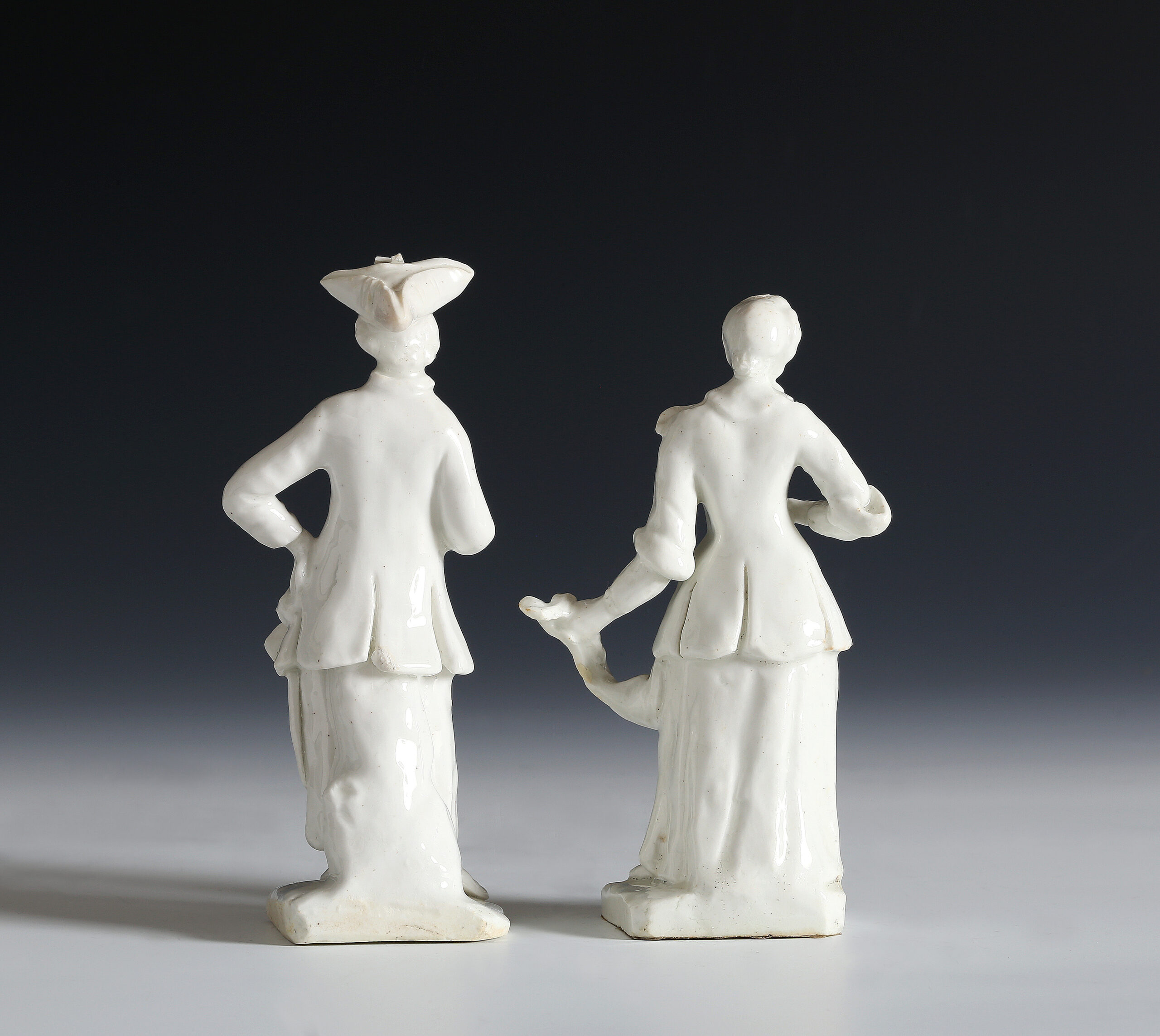 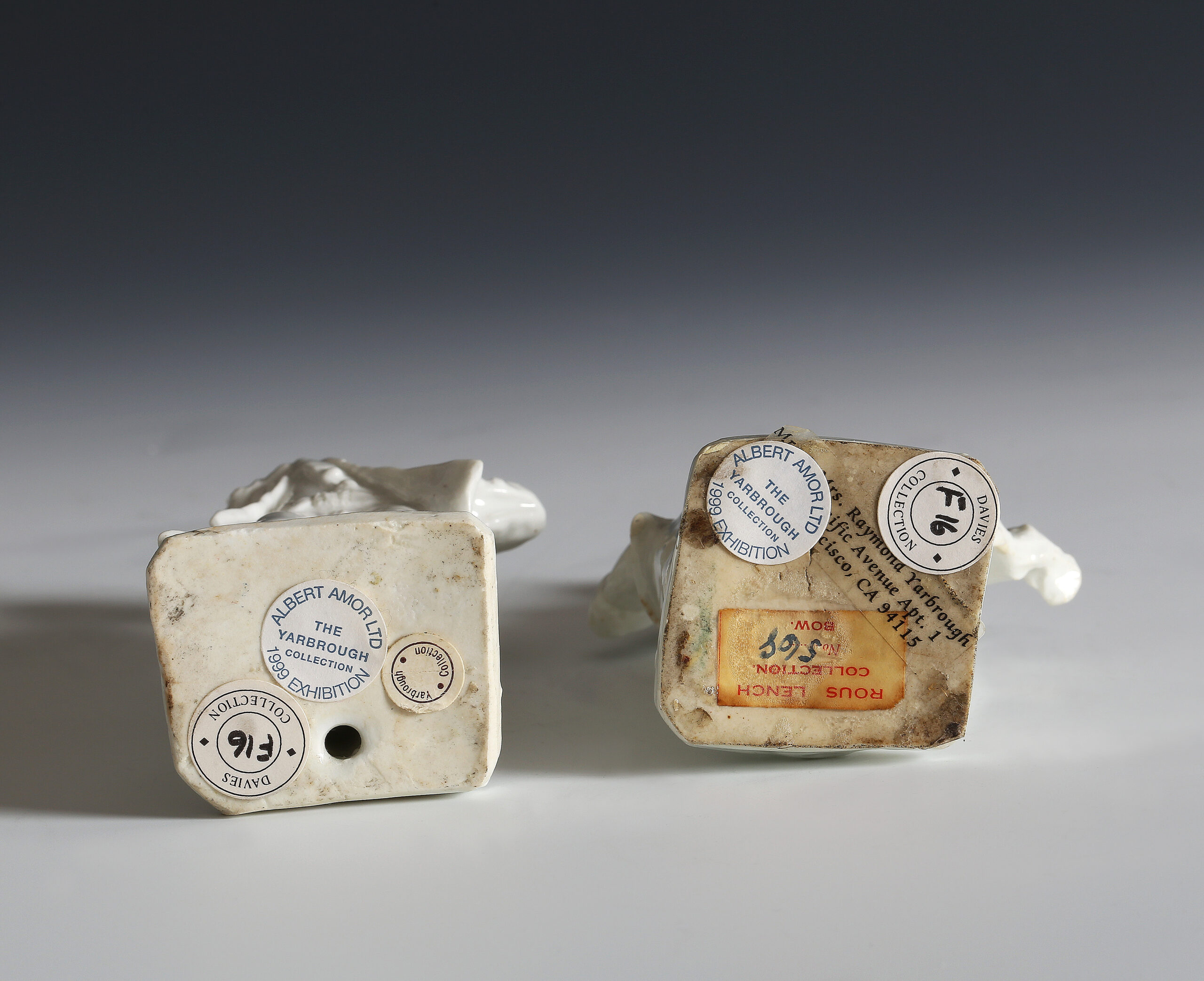 A PAIR OF BOW FIGURES OF A SAILOR AND HIS LASS

By the ‘Muses’ Modeller

‘The Sailor’s Farewell’ or ‘the Sailor and his Lass’, was an enduringly popular subject for prints and songs well into the 19th century, an early popular version after Edward Thomas Booth of 1744.

A sailor is immediately identifiable as they were the only men to wear trousers or ‘Petticoat trouser’ rather than breeches in the 18th century.

Condition:
Sailor’s tricorn hat restuck, restoration to the back section of the hat, chip on coat restored; the lass with a chip to base